Alexandros is possibly a neighbour. At least his workshop is next to my home in Athens. I discovered his working place on my way to the weekly open-air food market.

To me, Alexandros could be nicknamed ‘The Great’. To me, he is great anyway. He does great orthodox religious painting, and does it with passion. I love passionate people, regardless of the subject of their passion.

Today’s religious orthodox painting in Greece extends Byzantine religious art. Certain cultural facets of the Byzantine Empire, particularly icon painting and church architecture, survived the fall of Constantinople in 1453 to prosper in many Orthodox countries of the eastern Mediterranean including in Greece.

Further back into history, Byzantine art developed out of the art of the Roman Empire, which was itself profondly influenced by ancient Greek art. Seeing their gods as having human form, the antique Greeks decided very early that the human form was the most important subject for artistic endeavour. 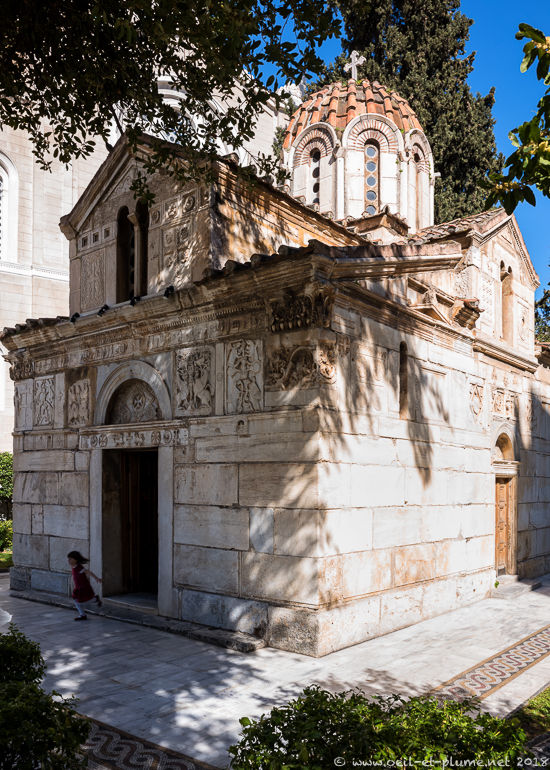 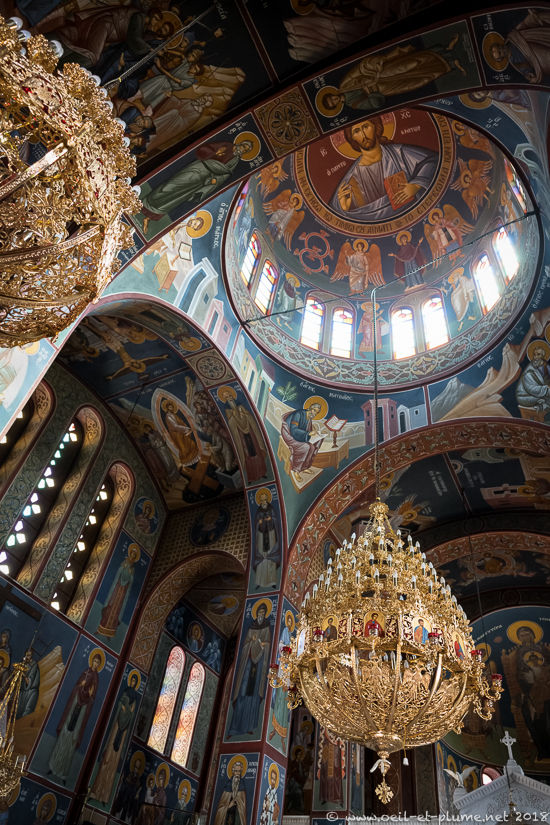 I visited Alexandros in his humble workshop a couple of times. The first time, Alexander was painting some icons on his easel. 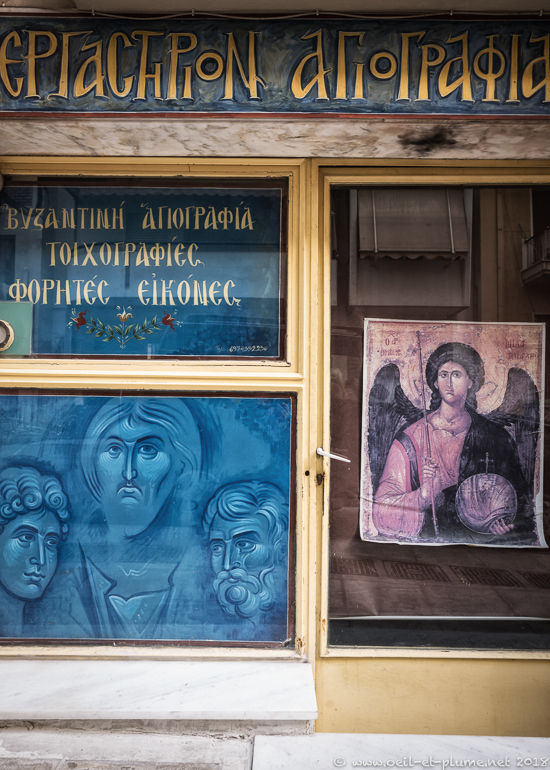 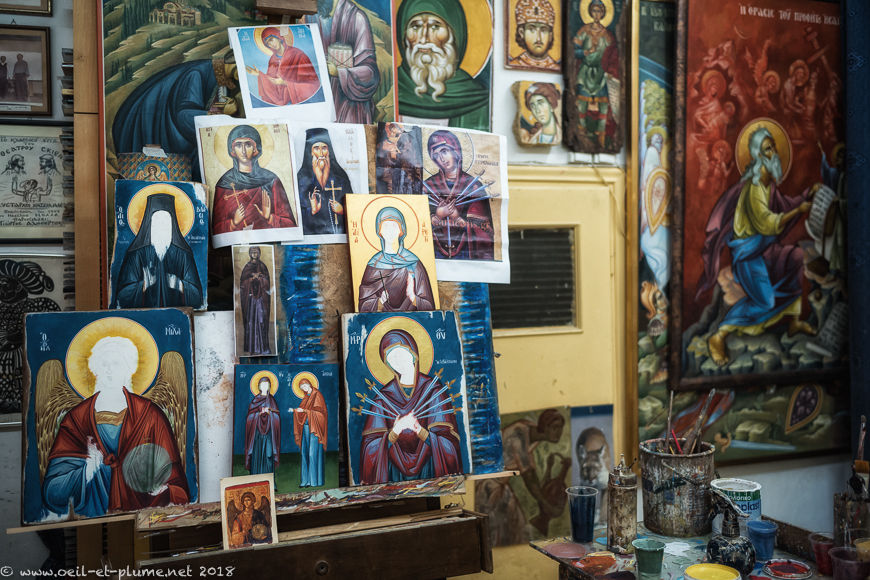 Later, Alexandros started a major piece of church artwork. Week after week, I accompanied his progression in the monumental painting on white coton canvas. 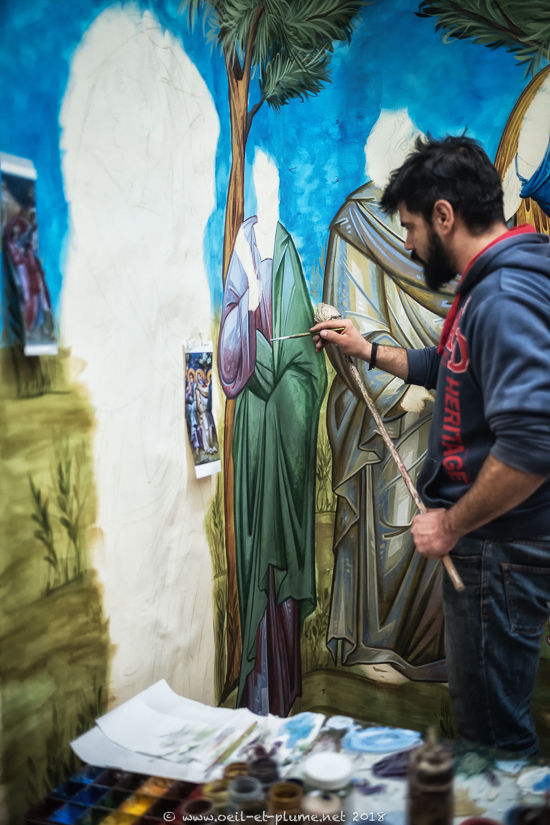 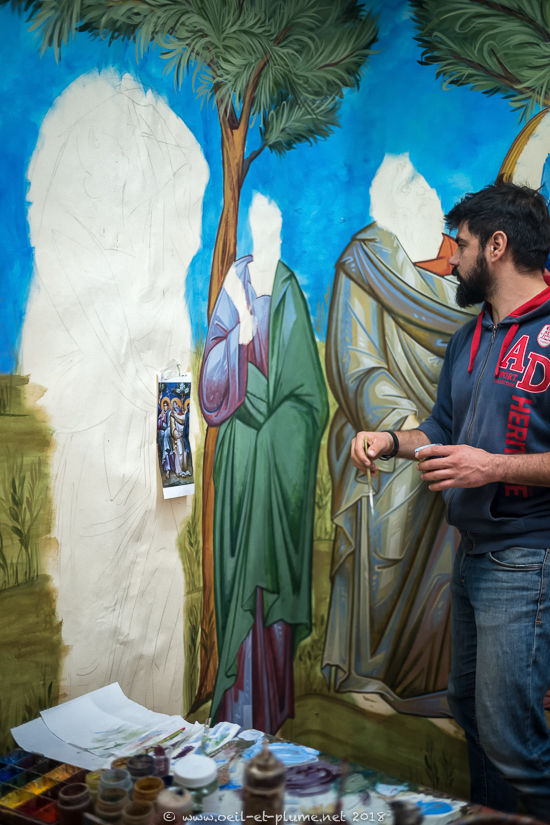 The painter first drafted silhouettes with a coal pencil, before embarking into colour work. Starting to colorise the decor, he continued with the dresses. Faces were left as last step, leaving white holes in the ocean of deep colours. He spent ages on facial expressions and other finitions. 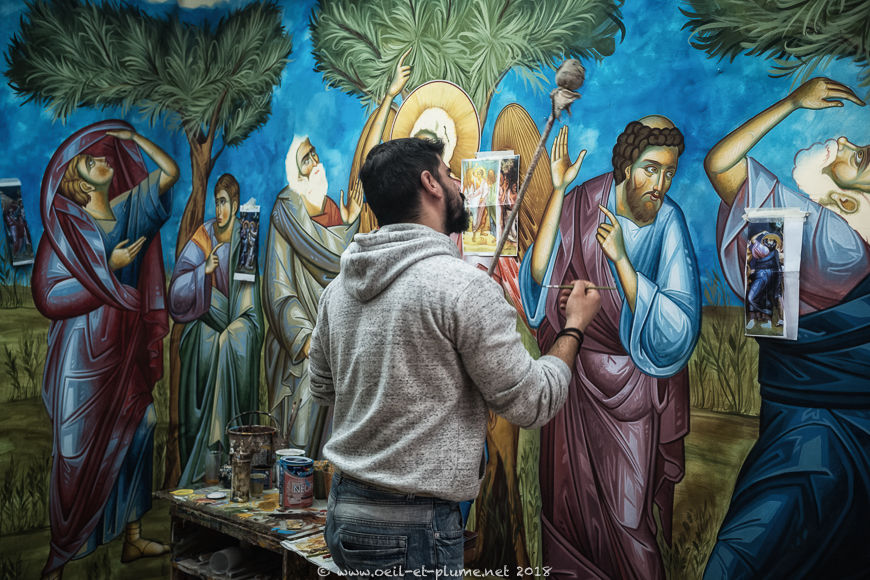 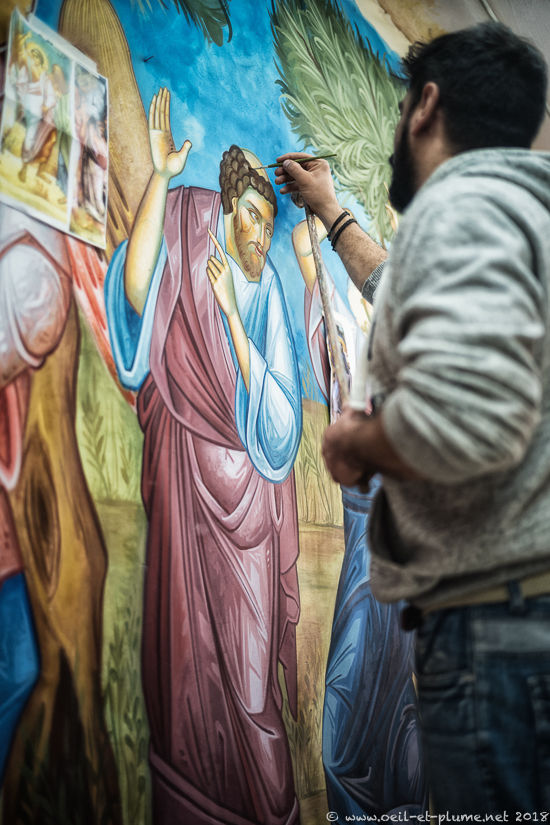 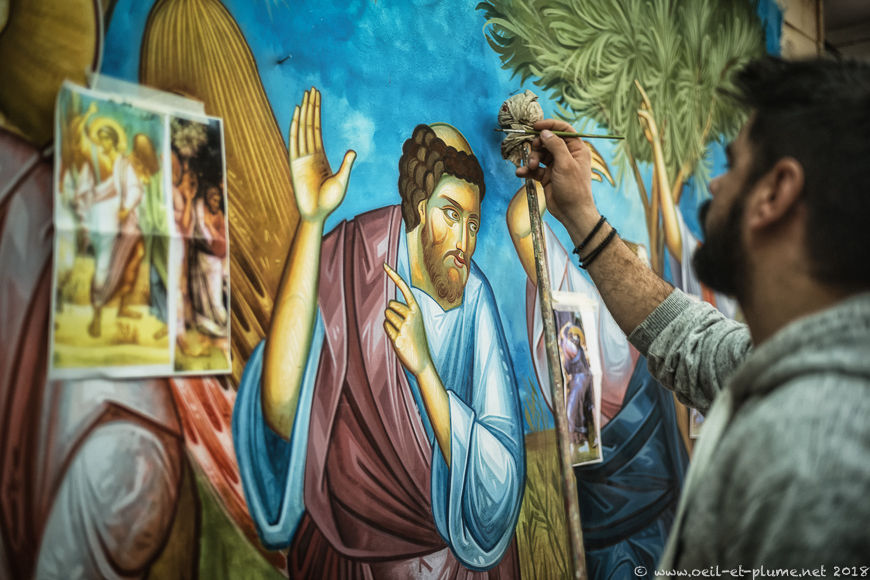 I was amazed to notice Alexandros’ dedication and meticulosity. The language barrier between us did not prevent us from exchanging. I was so happy to capture his talent and his passion. I offered him some nice portrait pictures in return. 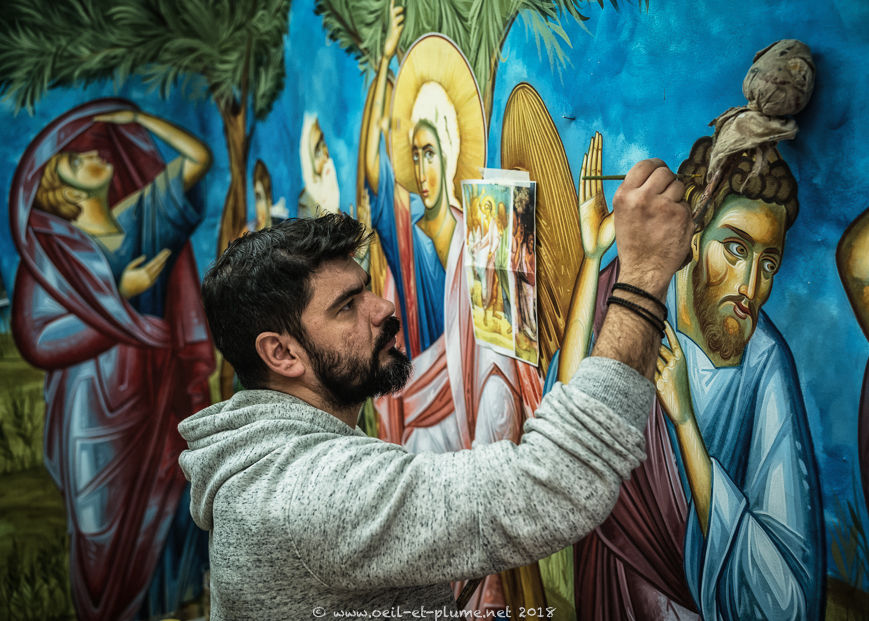 I will leave Greece with this beautiful souvenir. Thanks, Alexandros, and continue doing well.