Tokyo is a serious business. The metropolis hosts over 50 of the Fortune Global 500 companies – more than any other city in the world.

Along the Sumida River, the Tokyo Sky Tree flags the big businesses run in Japan’s capital. I visit only the basement of the 634 meter-high tower which was completed in 2011. The upper part of the tower provides gorgeous panoramic views on the megalopolis, I am told. Sure, but I like to do it my way. 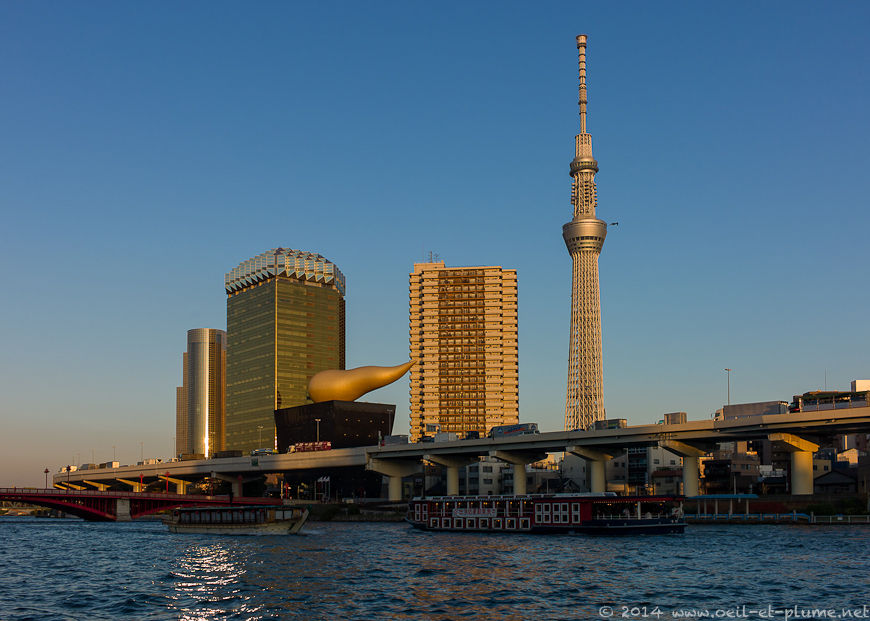 The Tokyo Sky Tree interests me for other reasons. Japanese people remain down to earth even when it comes to a skyscraper. The tower is dotted with seismic proofing, including a central shaft made of reinforced concrete. Japanese are socially inclusive, also for a top business and touristic site. The official name of the tower was defined in a nationwide vote.

Hama-Rikyu Gardens constitute one of the best places to feel it. Initially an unhealthy swamp, the site becomes a green, hunting and resting area for the Togukawa elite as early as in the 17th century. It remains so during the Edo period to become an imperial garden in the late 19th century. Nowadays, the gardens are property of the city of Tokyo.

I head to the Hama-Rikyu Gardens just after my busy visit to the Tsukiji Fish Market, located nearby. What a contrast: the green area offers an exquisite venue for a quiet stroll. Even so, the urbanity of Tokyo remains ubiquitous, epitomized by the Shiodome towers. 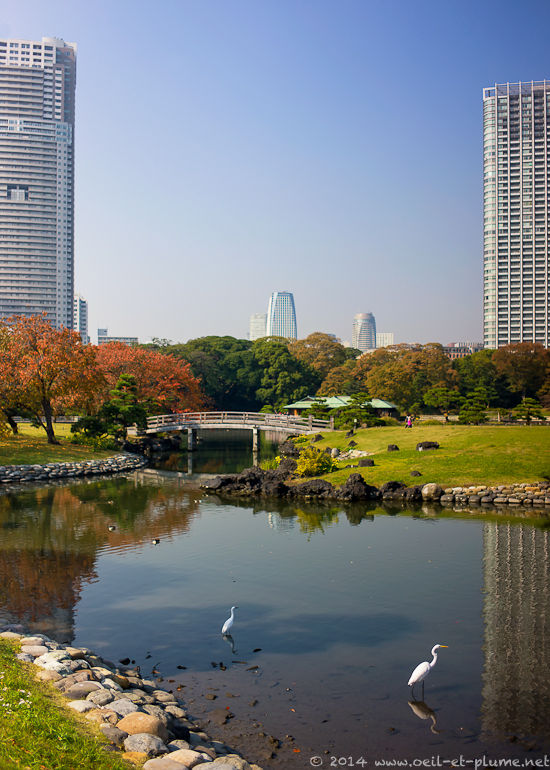 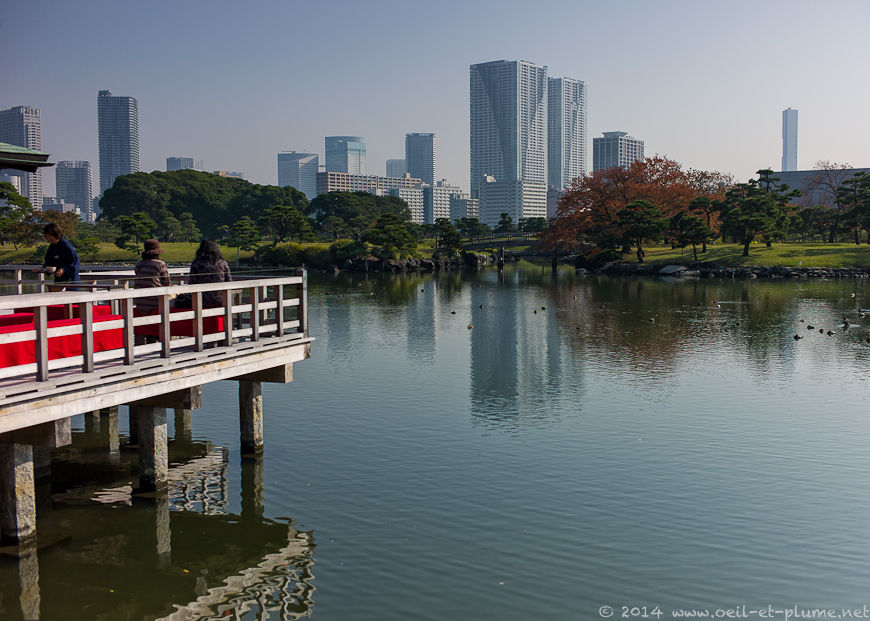 Hama-Rikyu Gardens host a few stunningly delicate teahouses where any British citizen, even H. M. Queen Elisabeth II, would stop over for a cup or two. This one was built early 18th century during the Edo era. As citizen of the world, I decide that I qualify for the delicious experience.

The core of Business Tokyo lays elsewhere in the megalopolis, like in Shinjuku or Shibuya. These are cold, ambitious, at times pretentious, cityscapes as anywhere in the business world. Business Tokyo remains Japanese tough, displaying subtle references to its ecosystem. 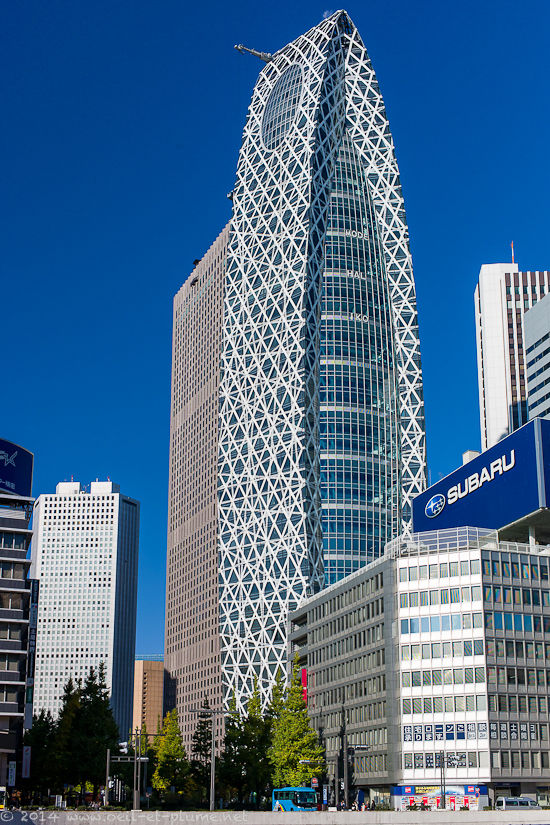 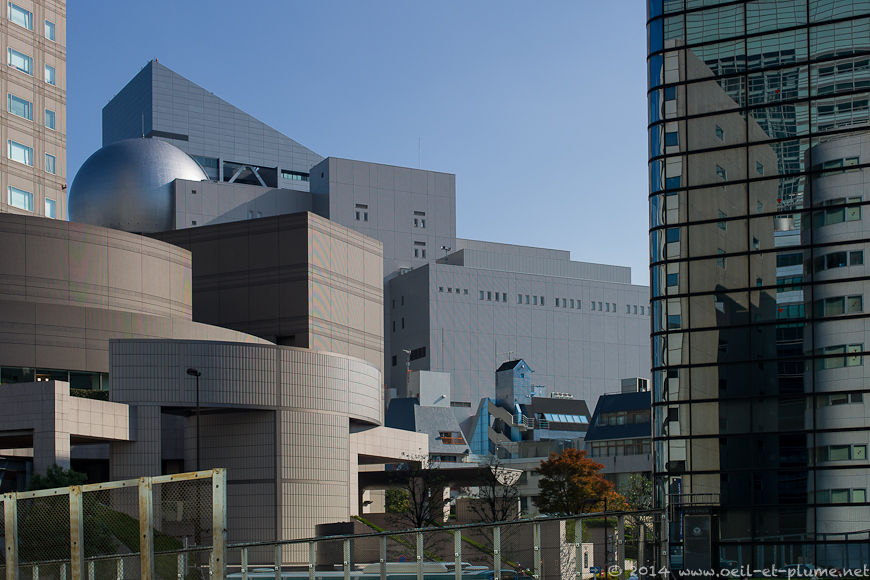 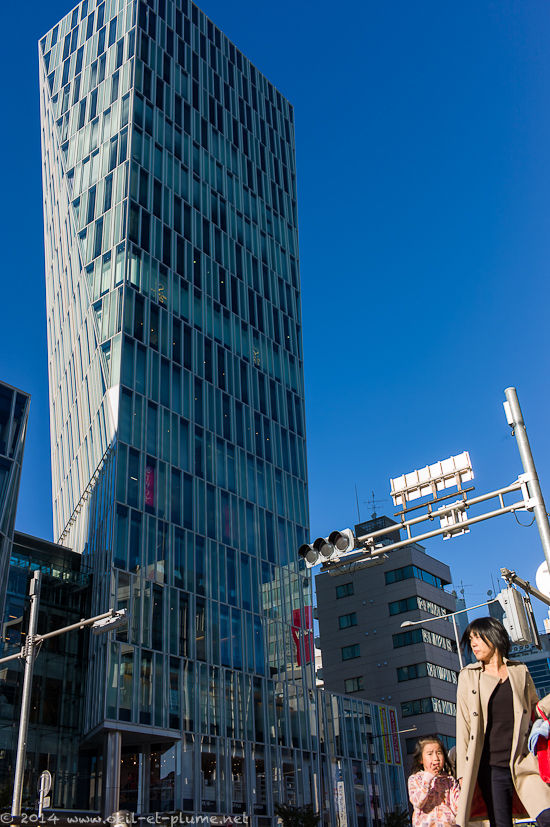 Akihabara hints on another fault line of the classical neatness of business Tokyo. The district is obsessed with electronics – old as new, dirt-cheap more than high-end. The commercial area is also the centre of Tokyo’s geek universe, the temple of manga mania. Japanese seriousness fades in front of electronic games and mangas. 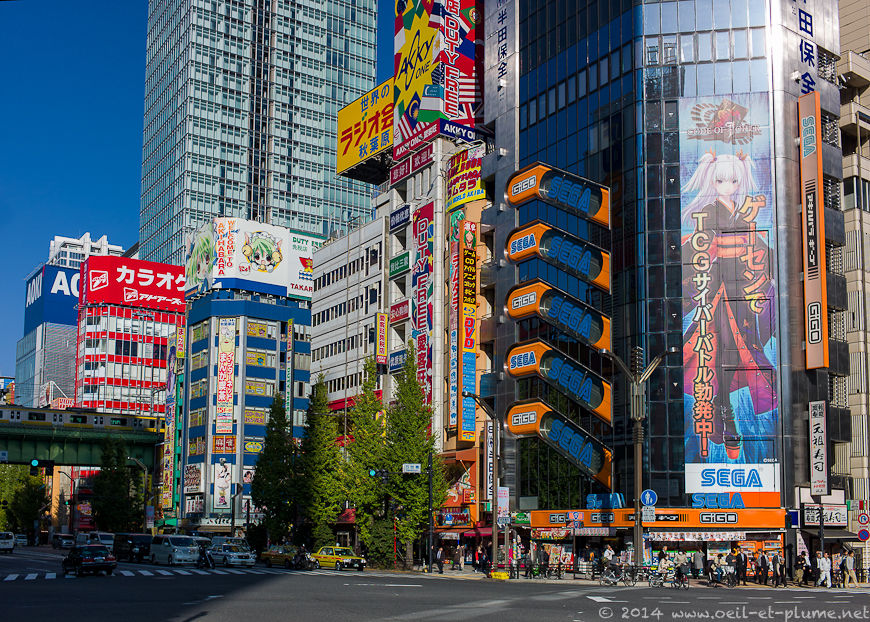 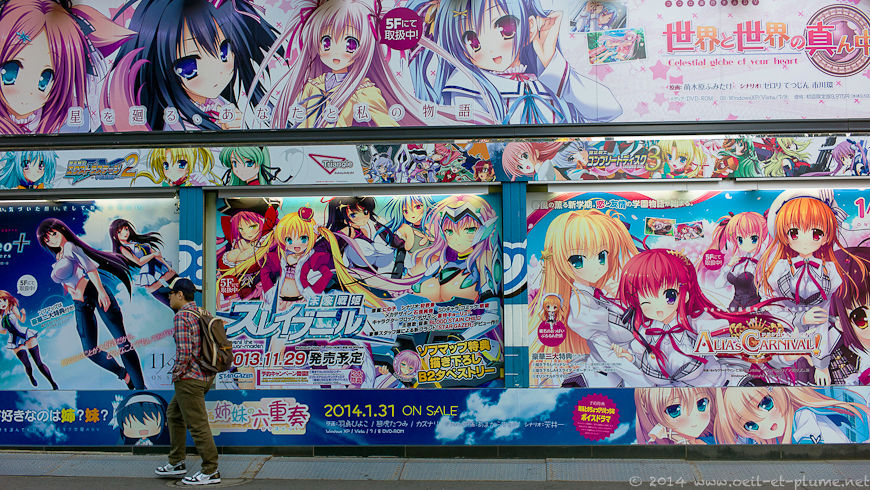 Another way to melt Japanese seriousness is to lure customers, preferably but not exclusively female, with luxury items. The fashionable Aoyama district is the perfect place for that. 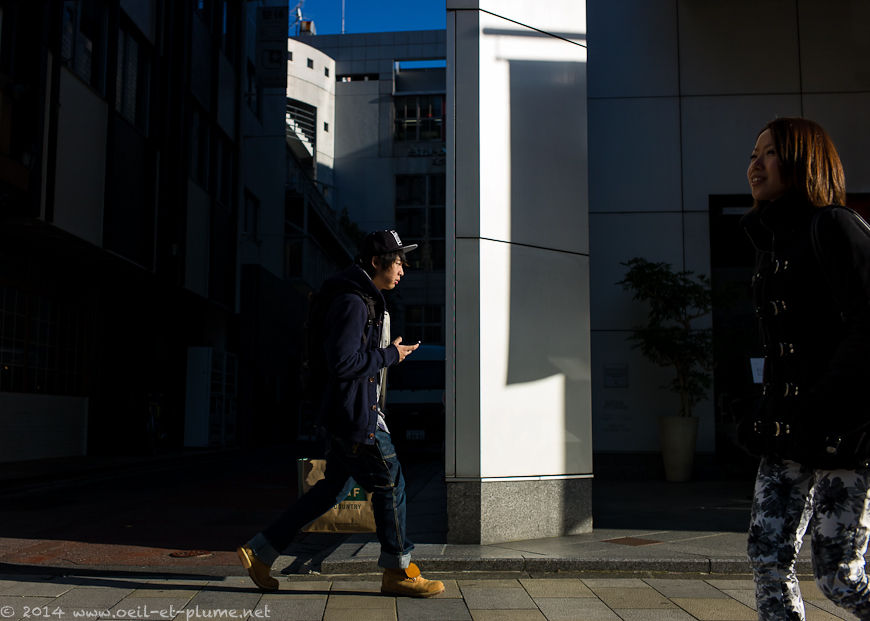 I fall in love with Prada’s Tokyo store at the first sight, long before learning that the 6-story glass building is born out of the teamwork of Swiss architects.

The unconventional five-sided shape of the building attracts the eyesight. The diamond-shaped windows capture further the eye and force you to get closer. Beyond the flat, concave or convex glass windows, Prada’s luxury items convince you that you cannot live any further without them. They ensure you also that your bank accounts and your pension fund can afford the expense. 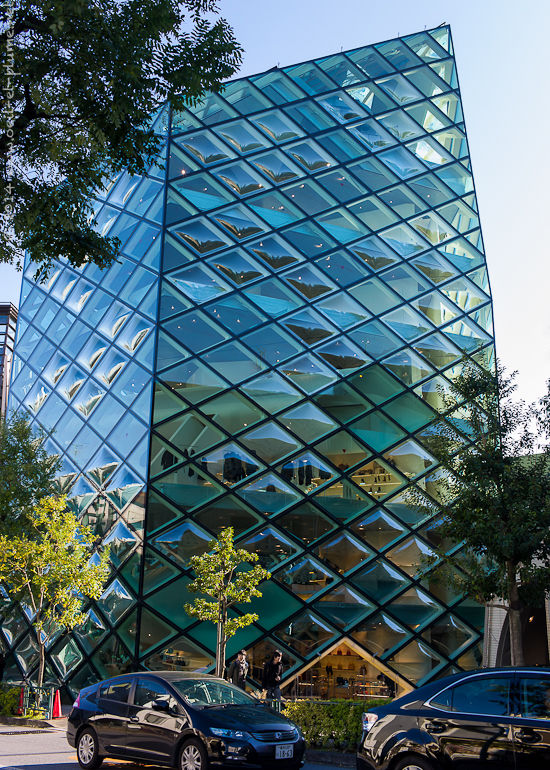 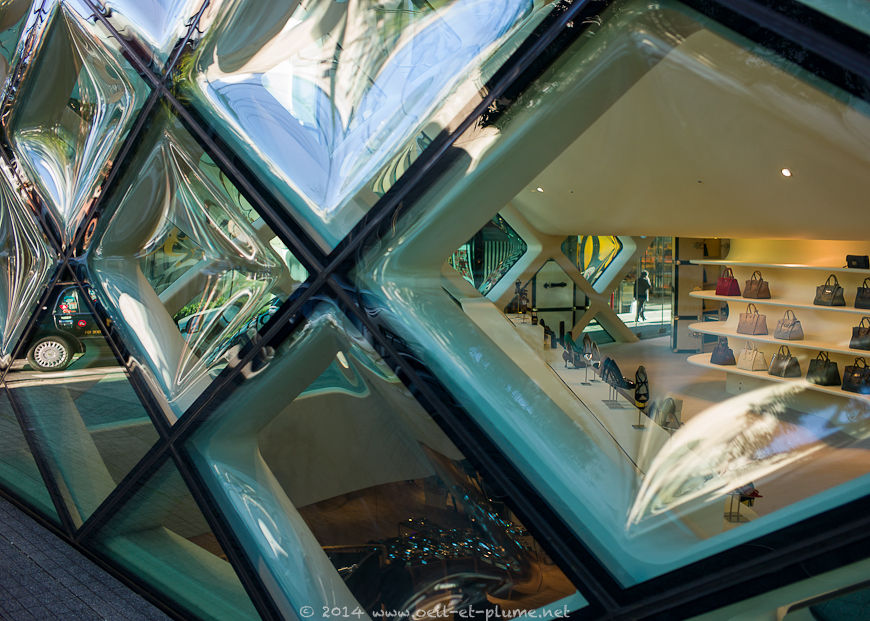 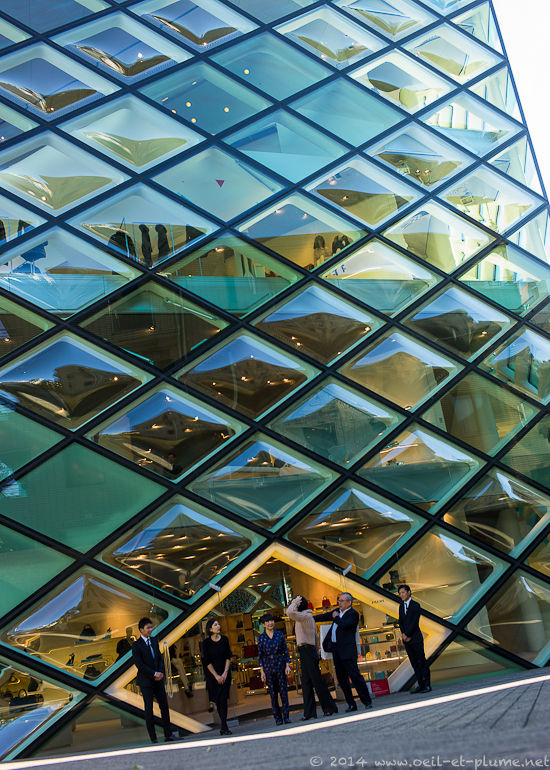 Despite its originality, Prada’s store in Tokyo fits harmoniously within its urban and social environment. Other prestigious trademarks have opened carefully designed stores in Aoyama. The commercial district is now a high-end architectural theatre where consumption and culture blend.

Beyond architecture, my urban trekking across business Tokyo does not spare sociological insights. These are my favourite part of any travel in fact. The photographic glimpses below are rather self-explanatory. They aim at superseding clichés or stereotypes to help drawing a line between hedonism and consumerism, between fashion-conscious and fashion-victim… 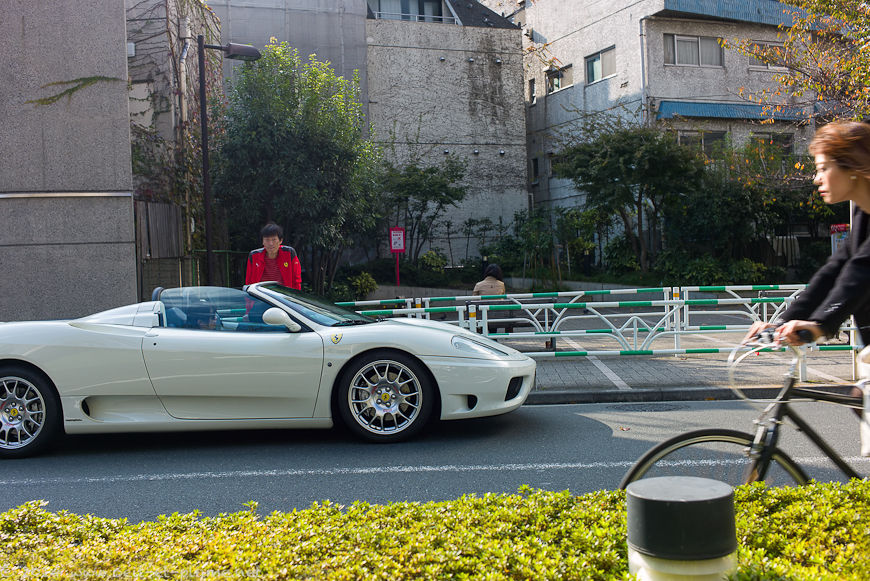 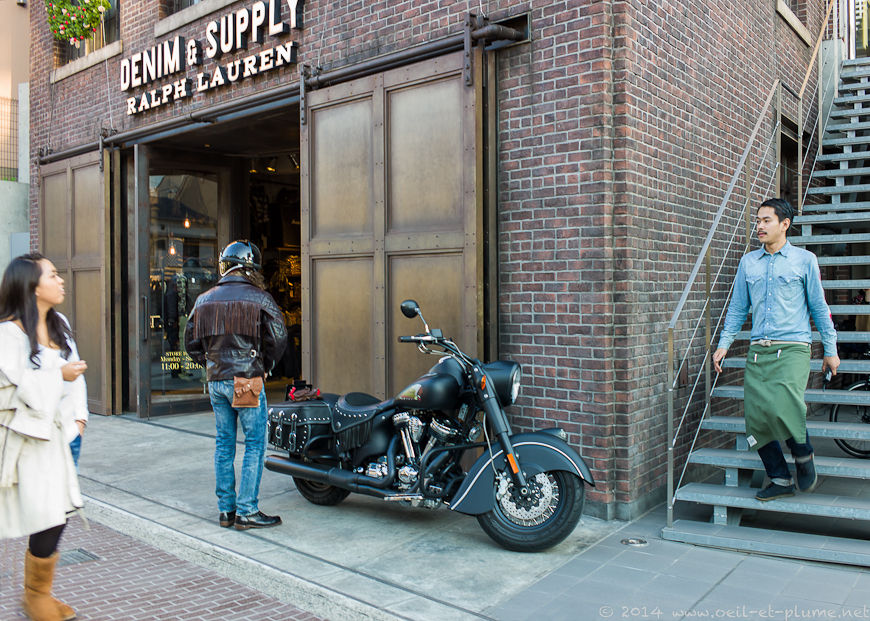 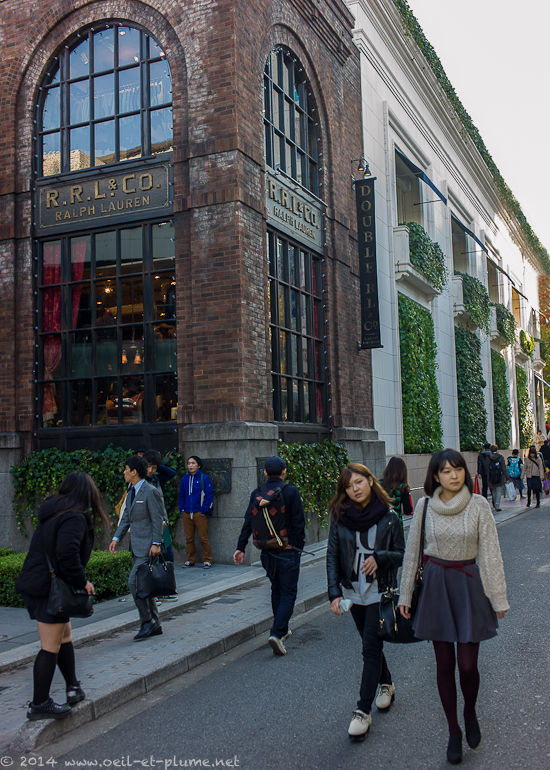 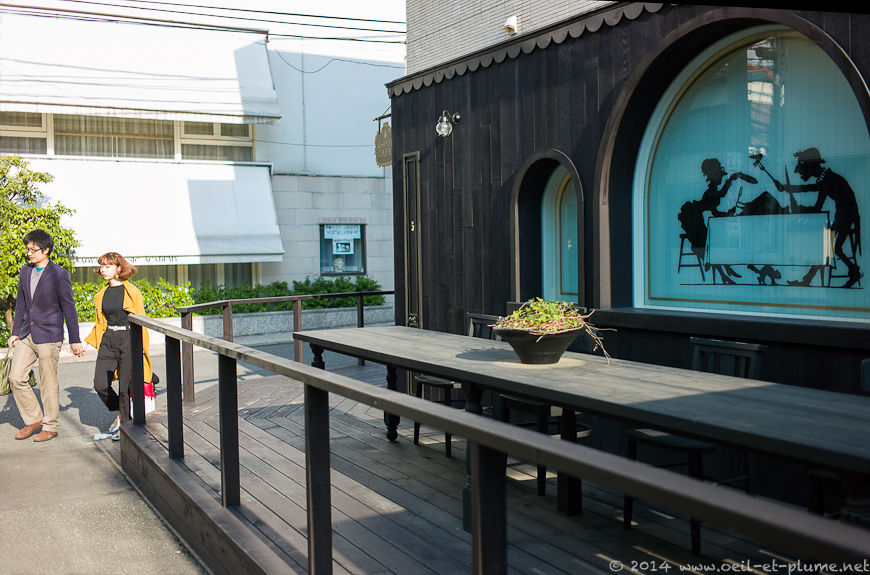 As a thesis calls for its anti-thesis, business Tokyo has developed various forms of alternative urban lifestyles in the metropolis. I have liked this lively agglomeration, inhabited nowadays by a folk of bourgeois-bohemians only half-convinced by Tokyo’s mainstream consumerism. 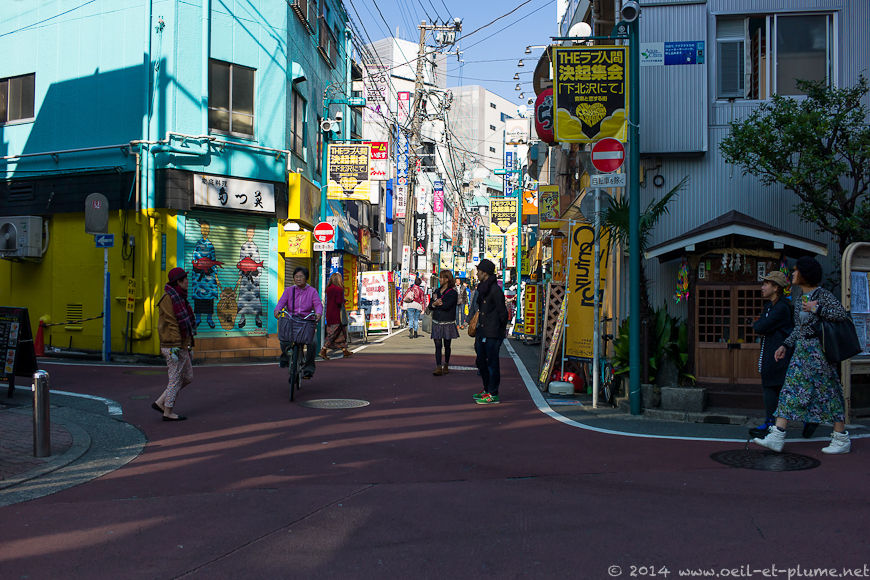 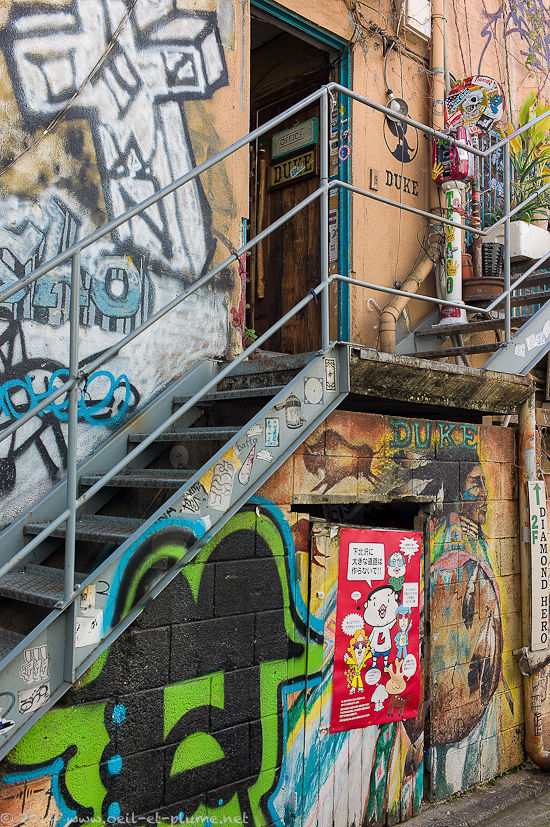 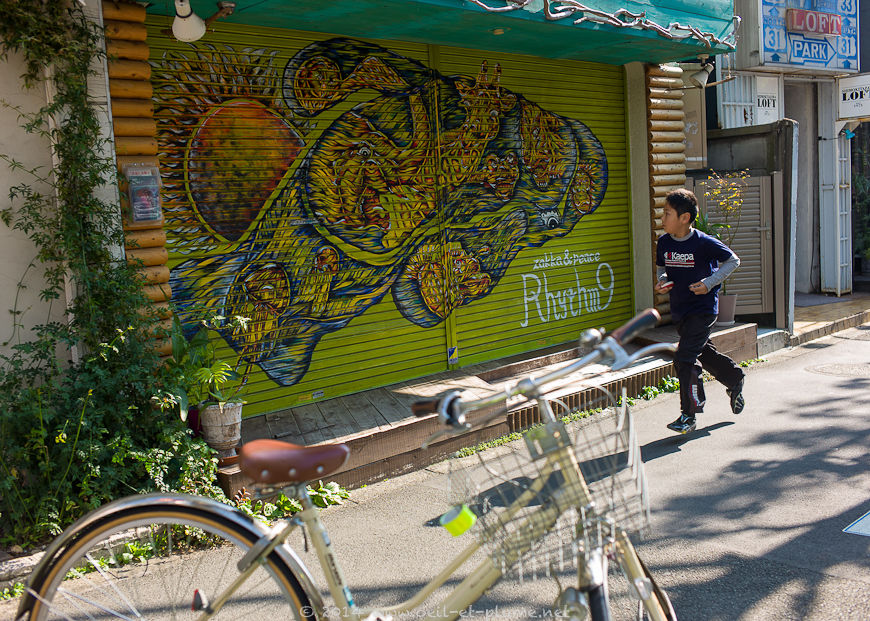 It is all what resists to the mainstream business Tokyo? For sure it is not. Tokyo is too heterogeneous to depict all its social facets. Even the trendy places are visited by a variety of folks, including colourful pet lovers. 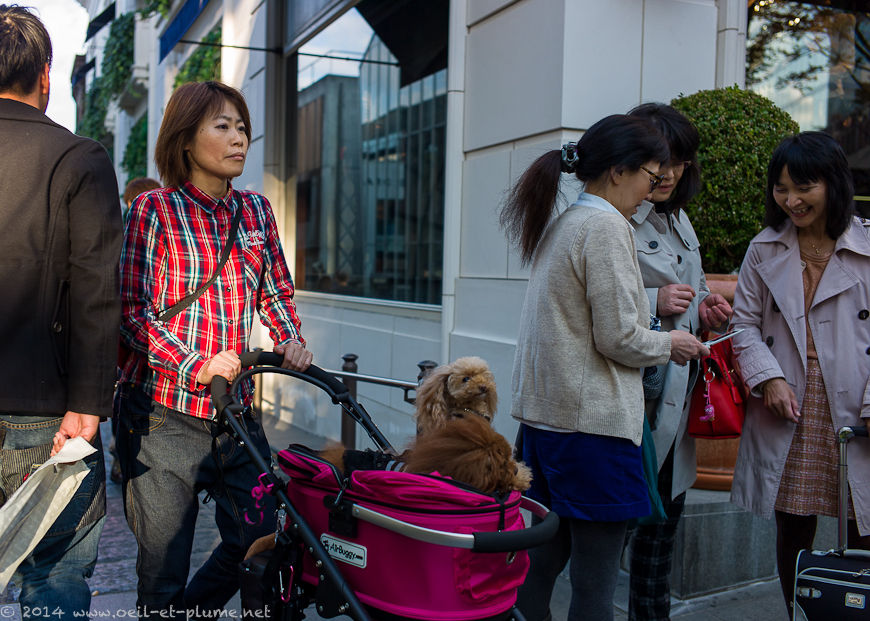 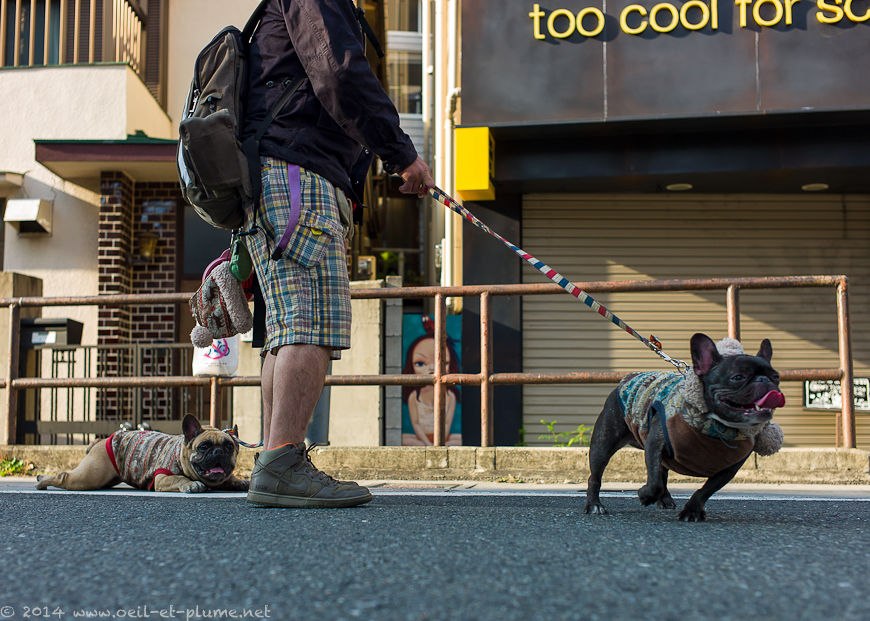 My next post will explore the sociological profile of Tokyo’s younger generations. Too cool.