Globetrotters face intercultural matters at any time of their travel experience, consciously or not.

I rely heavily on underground transportation during my Tokyo week. One day, I rush from one metro train to another in a main station during peak hours – quite a typical Tokyoite behaviour. The rest of the story is not. I choose the first carriage of the train because it is significantly less crowded than the other cars. Once seated, I realize that there are only female Japanese commuters around me.

I get my breakthrough. During peak hours, underground trains in Tokyo are dotted with one car dedicated to female passengers to avoid their discomfort to travel in crowded carriages – situation prone to sexual harassment.

My face turns white then red to think that the female passengers may denounce me for attempting to engage into sexual harassment in a female-only metro carriage. However, their attitude remains neutral and inexpressive. I play the same frozen role, saving my face until the next station. Once the train stopped, I stand up quietly and leave the carriage as I would have reached my destination.

Face-saving attitudes are indeed a key feature of traditional Japanese culture. However, Japan’s social fabric is neither monolithic nor frozen, particularly amongst the younger generations. Sociology of Japanese youth is a vibrant field, as lively as Japanese youngsters themselves.

Japan’s booking economy of the 60’s and 70’s is no longer flourishing. While the country managed to extend artificially its prosperity in the 80’s thanks to the ‘bubble economy’, it was hit hard by the recession in the early 90’s. Japan is yet to have fully recovered to date; hence, the period 1990-2010 is labeled as the ‘two lost decades’ for its economy. For the Japanese youth, the golden way leading a successful student to a secure employment and a successful professional carrier is no longer in place.

As a result, Japan faces a very rate of suicide amongst youth, an increased number of unmarried adults and other failures of the role model assigned traditionally to the youngsters. There are growing figures of young NEETs (not in education, employment or training), freeters (short-term contract workers), hikikomori (people who withdraw from society out of social fears) otaku (geeks living in an artificial microcosm such as an obsession for mangas).

Some observers stress that there are too many ‘good-for-nothing’ amongst Japan’s youngsters. They point at the degradation of societal values amongst Japanese youth to suggest that compliance with traditional values and hard work will ensure the future of the younger Japanese generations and they did for their parents.

Others remark that the employment opportunities and quality of Japanese youth shrunk drastically between the two ‘lost decades’ (1990-2010) to preserve the employability of older Japanese workers. They also highlight new structural bottlenecks faced by today’s youth in Japan and suggest innovative ways to overcome them.

One of them is to revisit Japan’s traditional labor and social practices to include various concepts imported from the global economy and the social media. The strong collective orientation of Japanese society and the heavy prevalence of social conformity should leave more room for a sound individualism and robust social entrepreneurship, they argue. 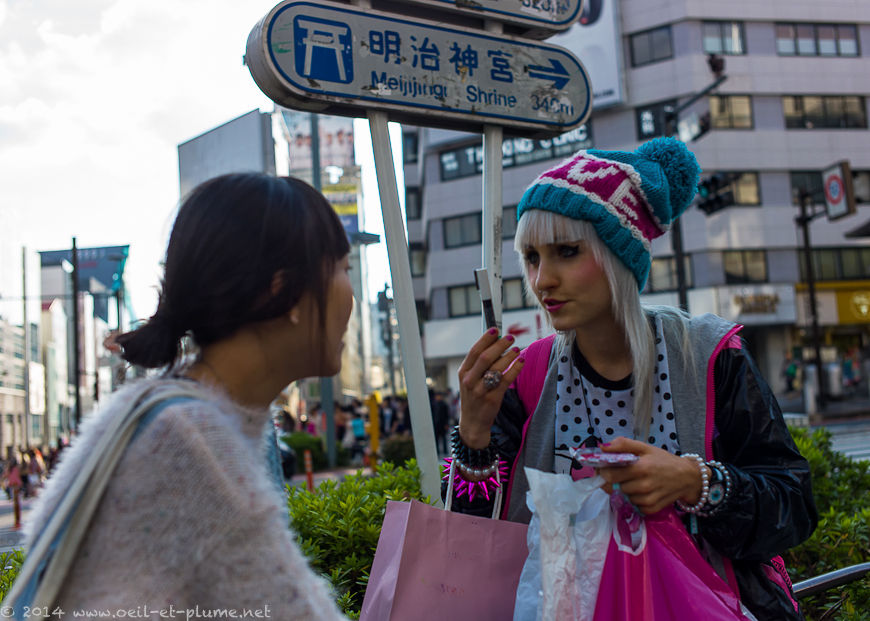 In other words, rather than rejecting bluntly the Japanese societal model, young ‘quiet mavericks’ can help adapting it to contemporary societal challenges. As Japan has produced strong and influential youth cultures during the last three decades, it can learn from other youth cultures and reinvent its own to ensure Japan’s prosperity and happiness.

I travel to Tokyo with those ideas in mind, eager to confront them as much as possible with the visual reality that will be available to me. I choose obviously Harajuku as field of empirical study. The district is a must for any Japanese teens either visiting or residing in Tokyo. Stronghold of alternative culture, Harajuku nurtures a strong sense of originality and uniqueness that pleases obviously Japanese youth.

However, the mainstream business world erodes gradually the essence of alternative lifestyle with high-end boutiques branding their products in a subtle manner to fit into the local motto of originality and uniqueness. In some places and times, Harajuku turns into a catwalk for a mixed folk of fashion-conscious and fashion-victims. In any case, the district is a fascinating tribune to observe Japanese youth including some of its most eccentric representatives.

I leave to each of you to interpret the pictures below against the sociological framework presented above. 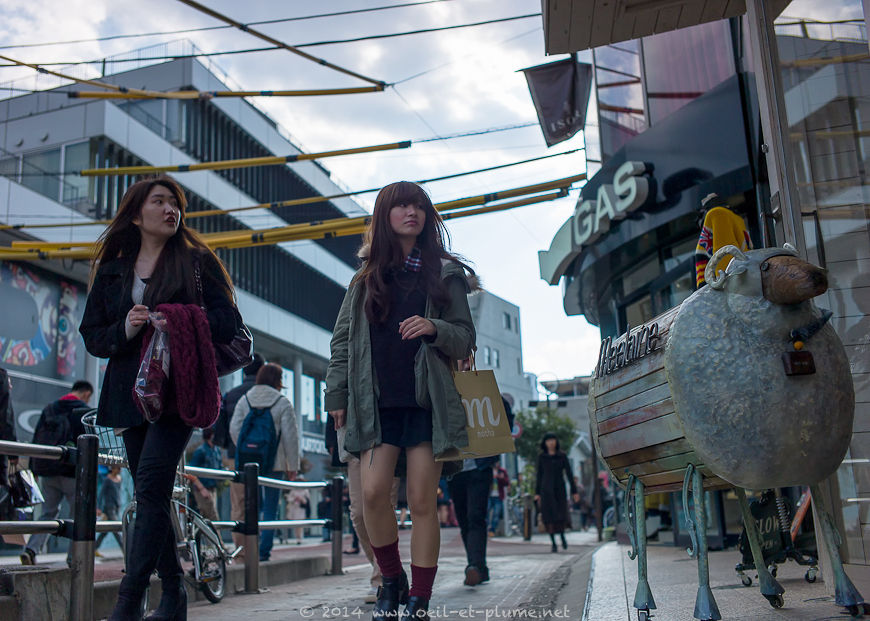 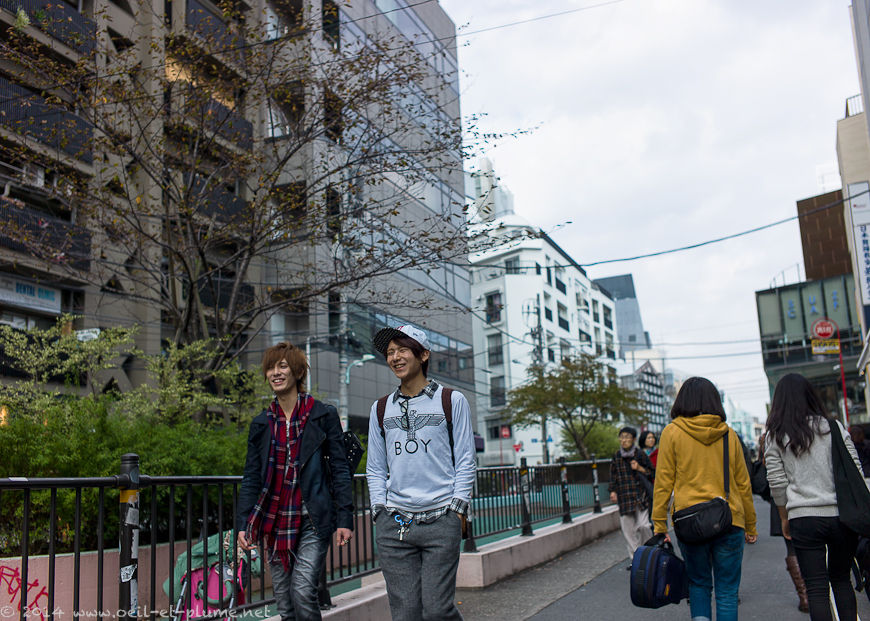 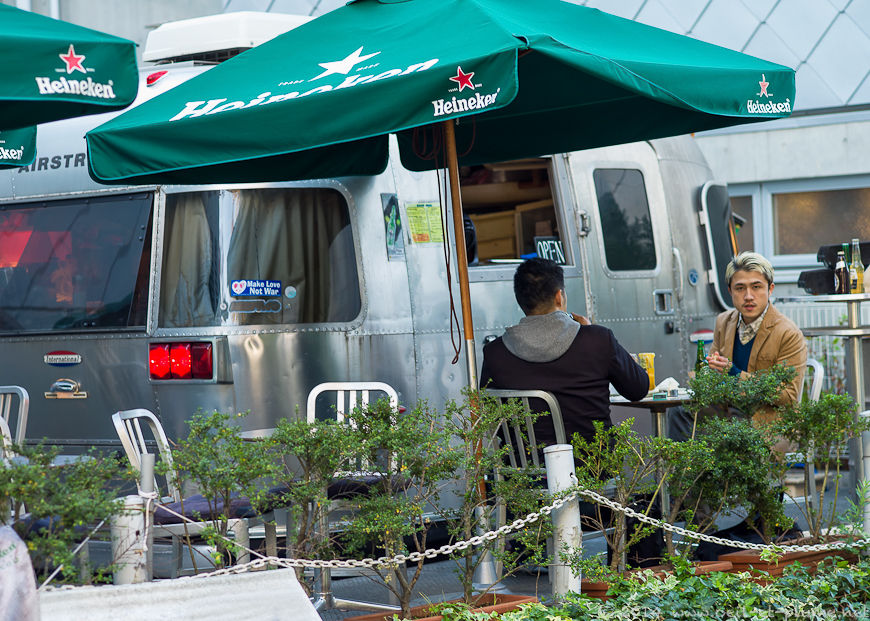 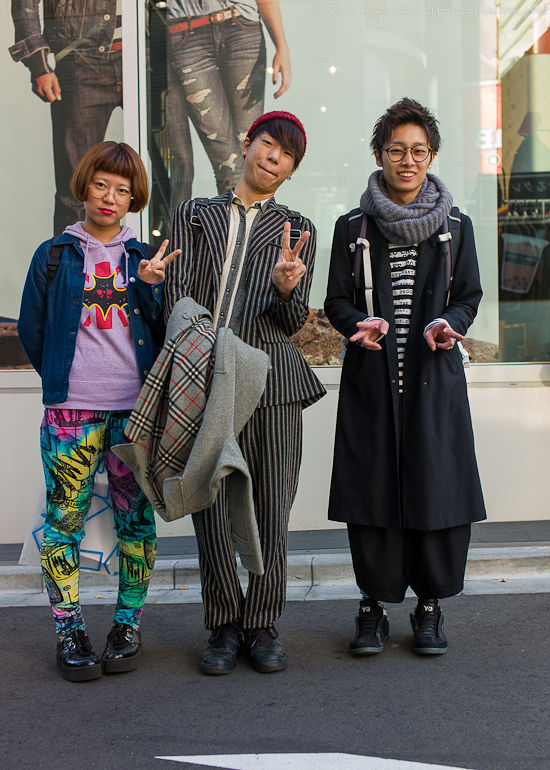 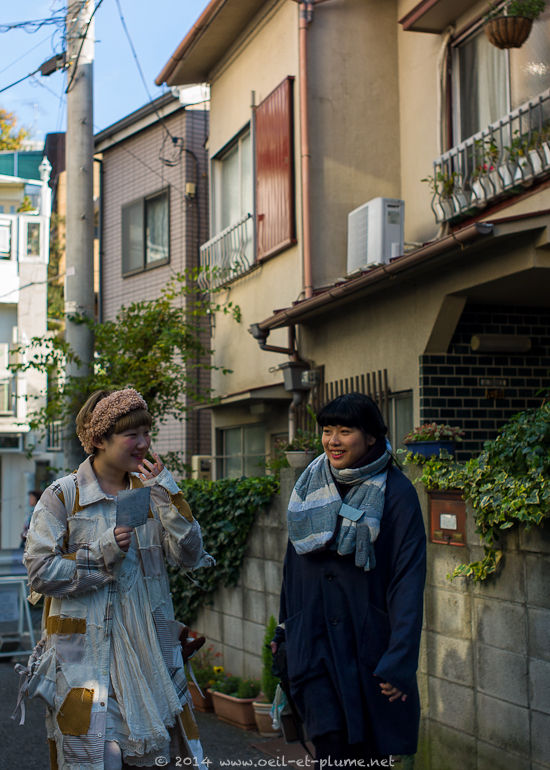 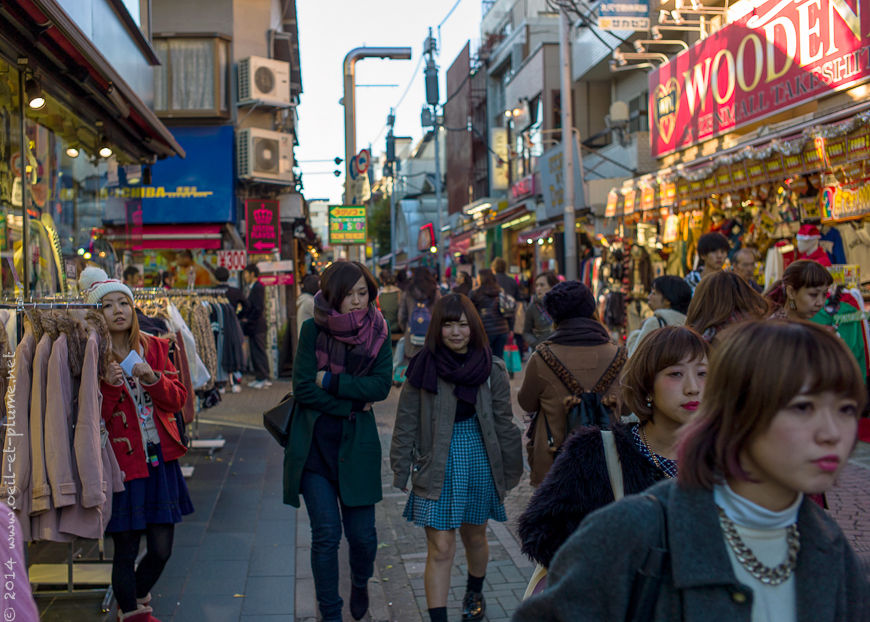 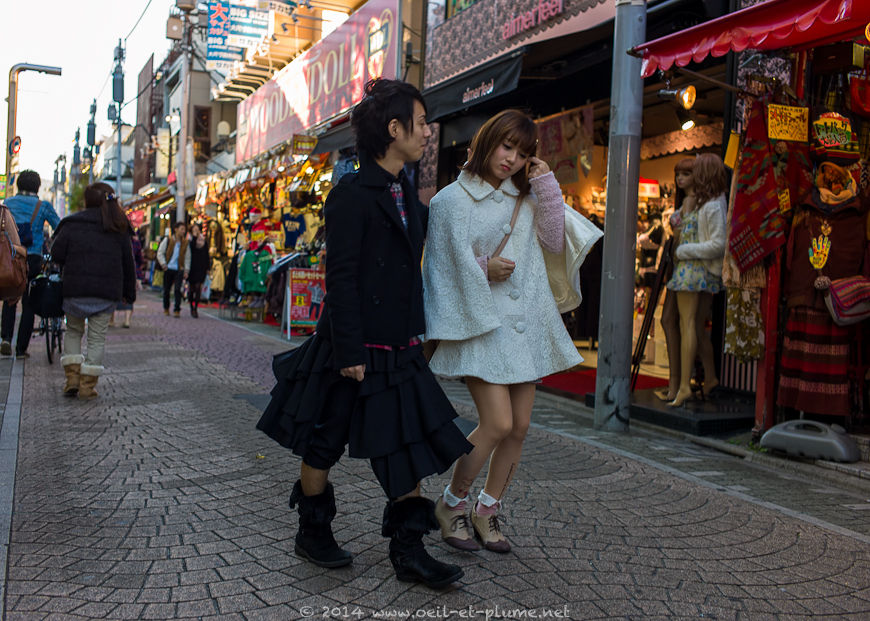 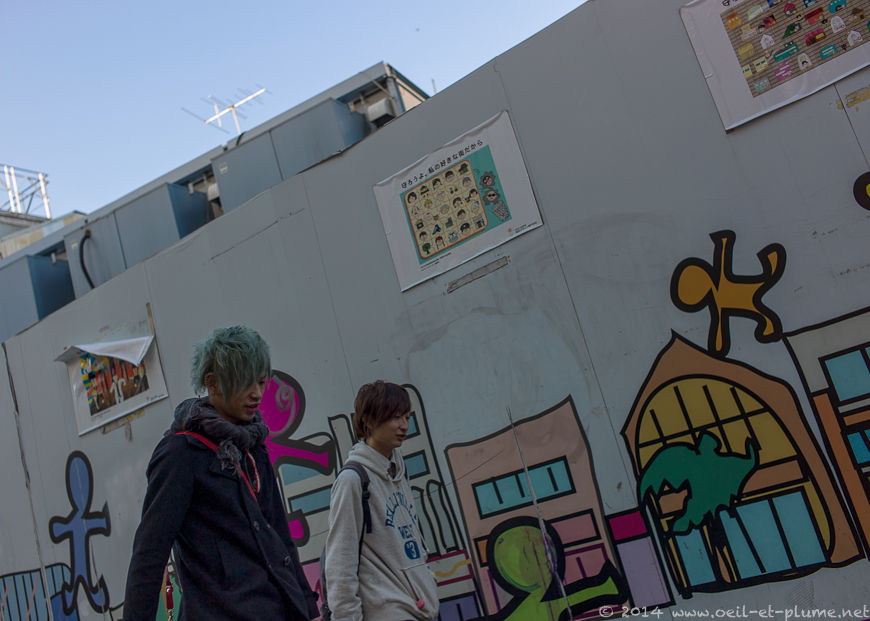 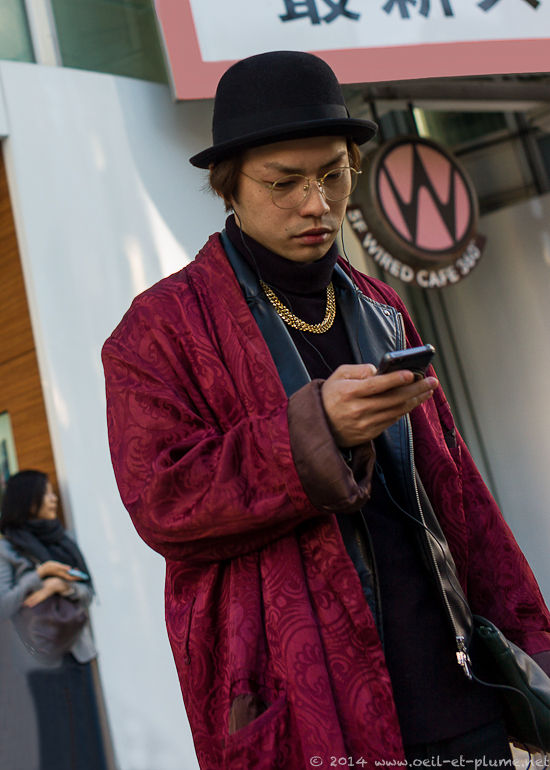 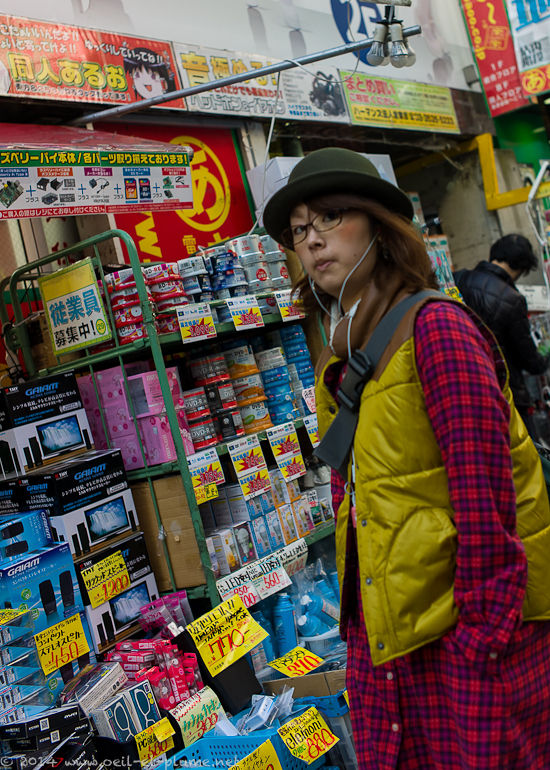 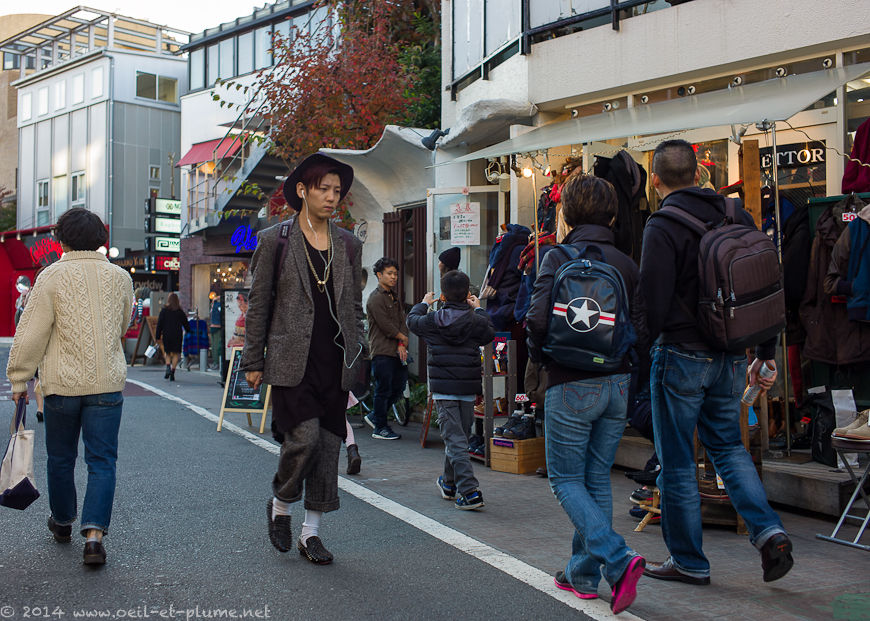 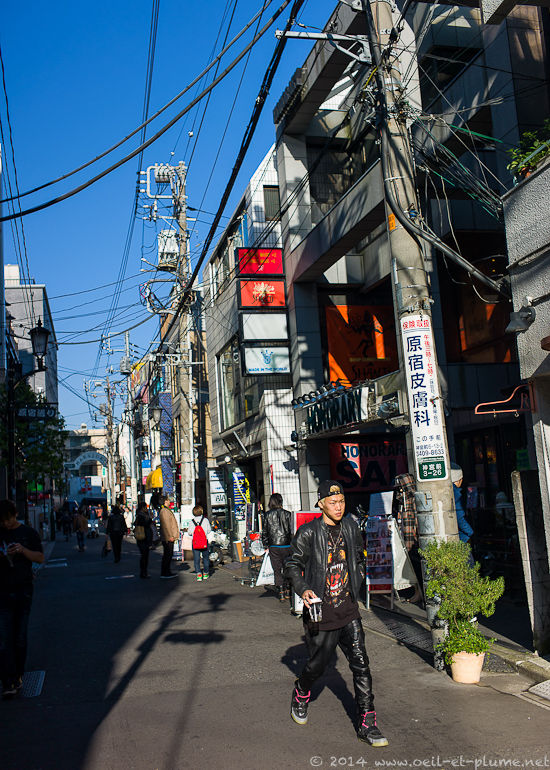 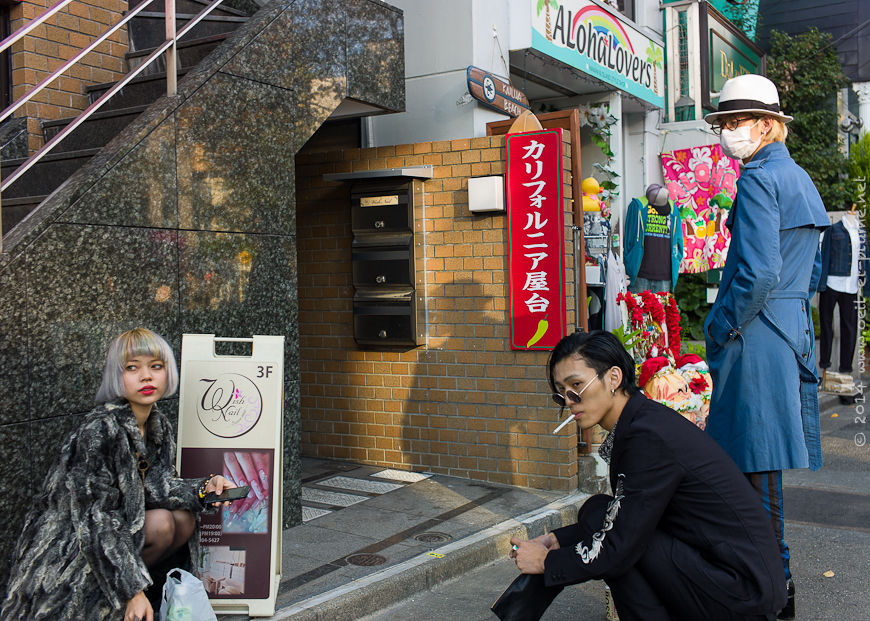 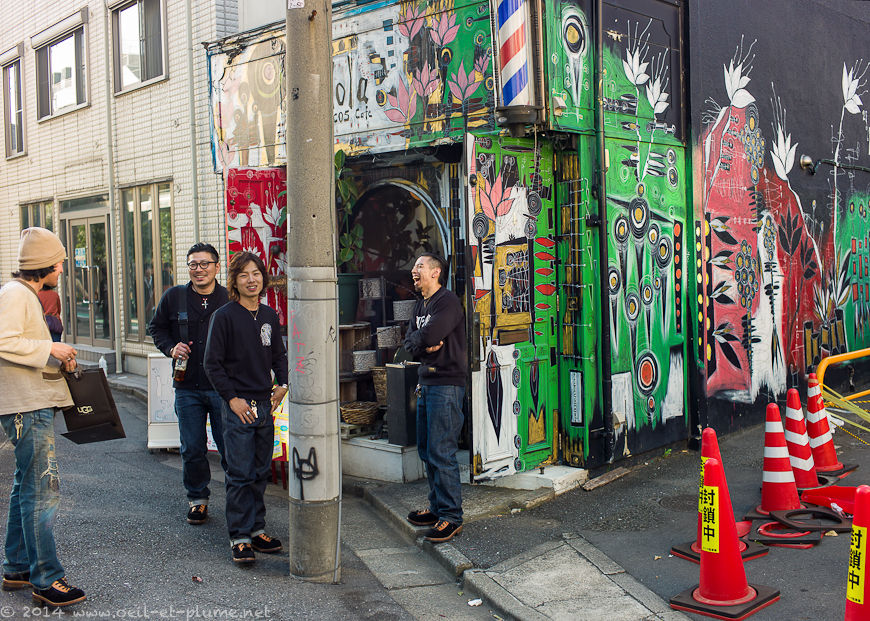 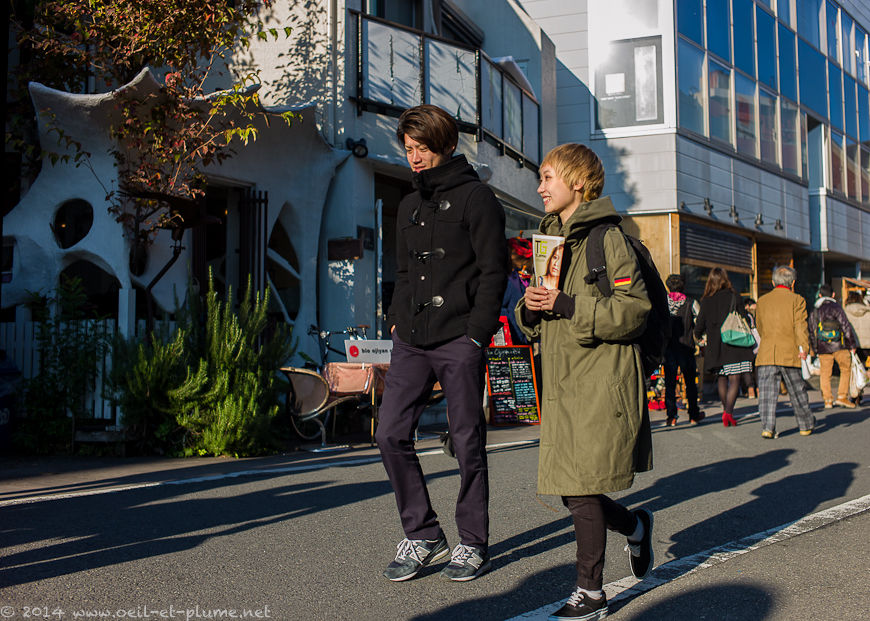 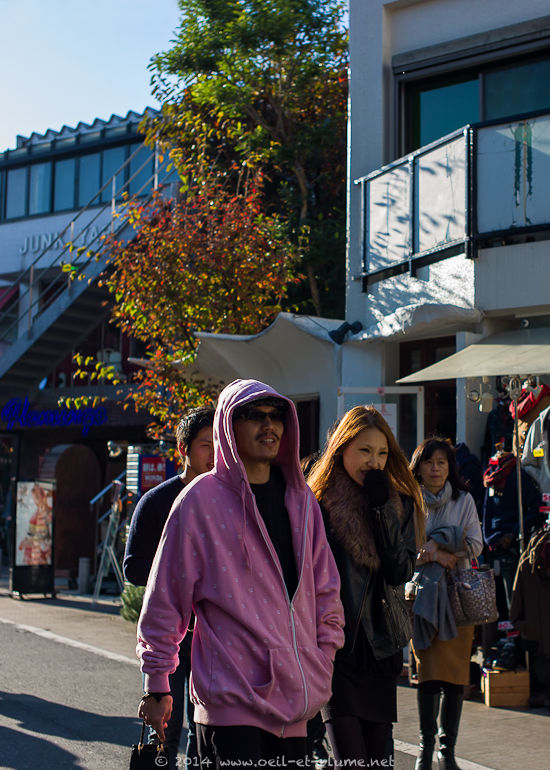 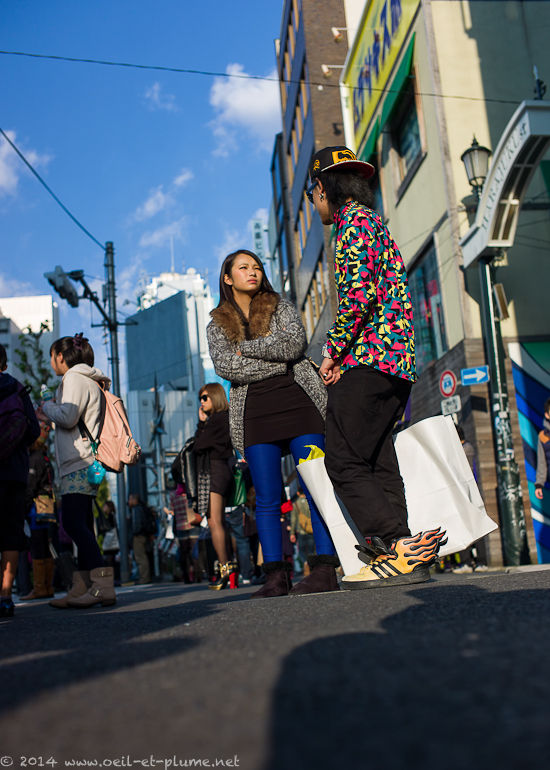 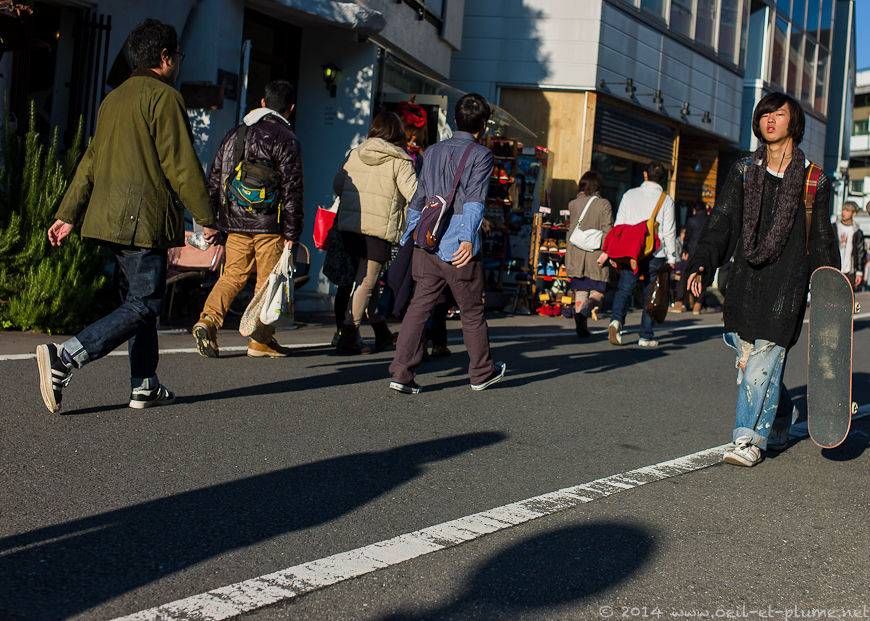 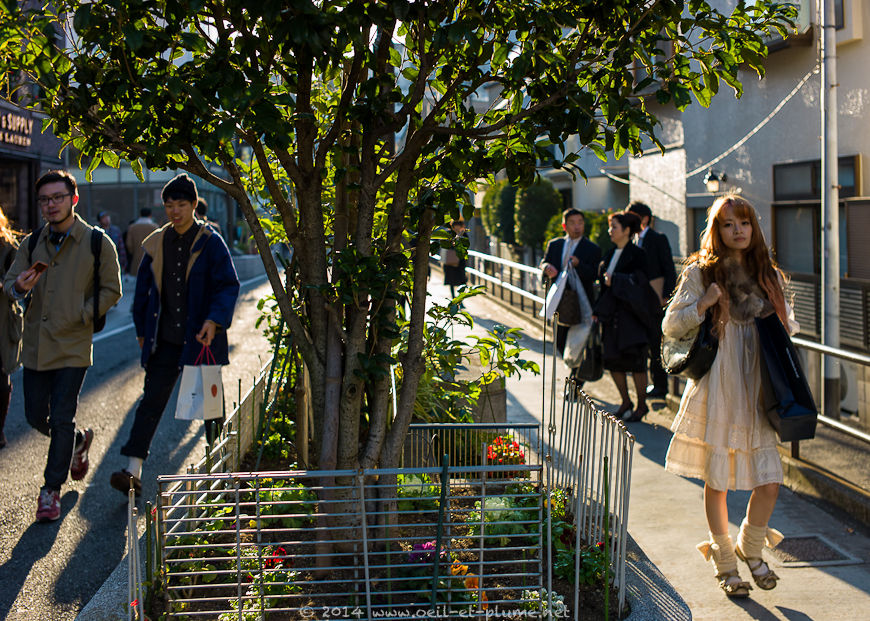 I have found Harajuku a fascinating field for vibrant and colorful street photography. My numerous urban treks in the district brought light to the diversity, the originality and at times the eccentricity of Japanese youth. It may be tempting to assume that innovative looks and outfits translate into corresponding mindsets. I am less convinced about that assumption, as some of those youngsters seem primarily concerned about their look than anything else.

In any case, I am sincerely convinced that Harajuku district in Tokyo and other places in Japan hosts scores of social entrepreneurs and ‘quiet mavericks’ who will reshape the role of youth in Japanese society while preserving the core of their collective identity and culture. 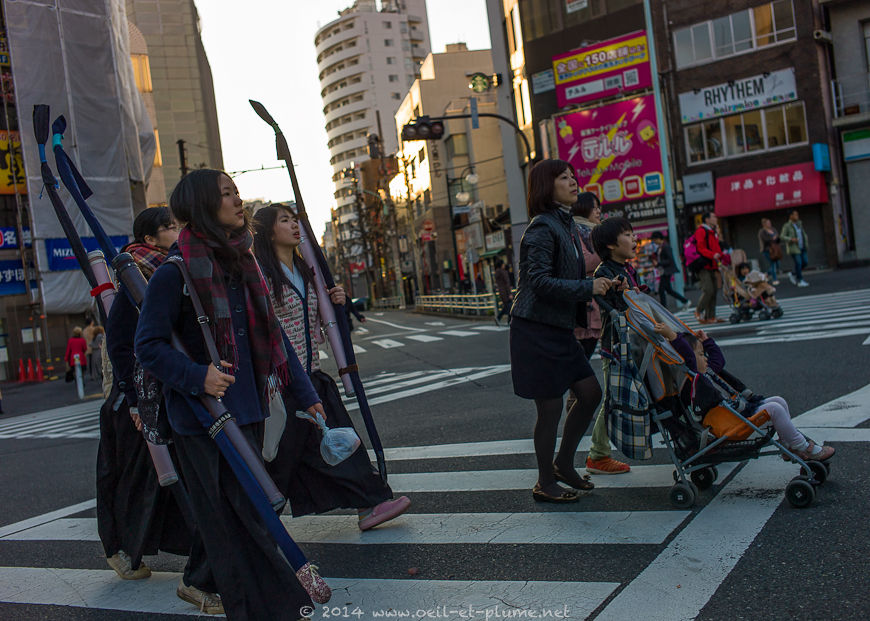