Following my stay in Santiago, I need a sweet and quiet location where to recover from the joyful frenesy of the carnival.

Baracoa lays further east in the Oriente, in the secluded and beautiful Bay of Honey of Guantánamo province. The coastal town was accessible by sea only until the 1960’s. Today, a mountainous and tortuous strech of asphalt brings you there in a four-hour drive from Santiago. Never mind, the scenery of the Bay of Honey is quite rewarding. 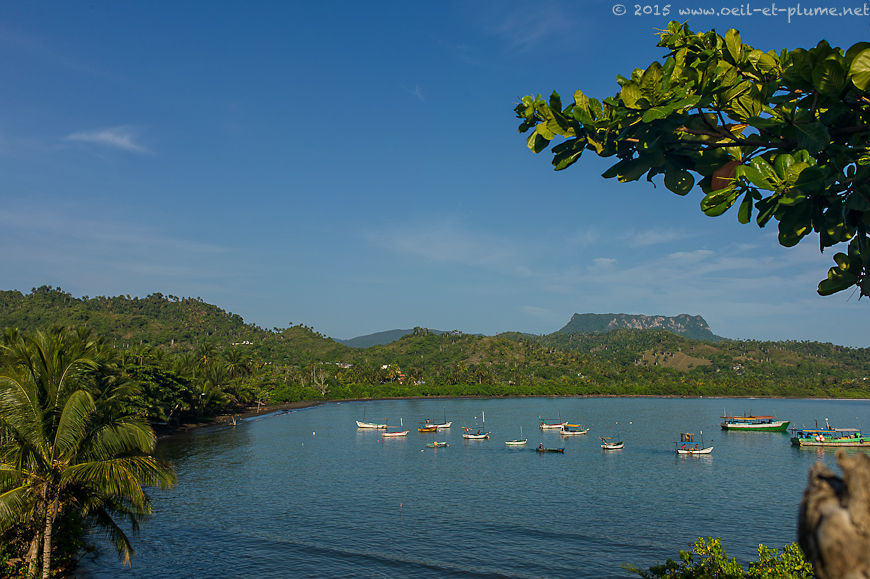 Despite its remoteness, Baracoa is quite important historically. Christopher Columbus reaches most probably Baracoa’s Bay of Honey when landing in Cuba on his first transatlantic odyssey in October 1492. In his quest for the East Indies, he had first reached an island of the Bahamas archipelago before sailing to the northerneastern coastline of Cuba. 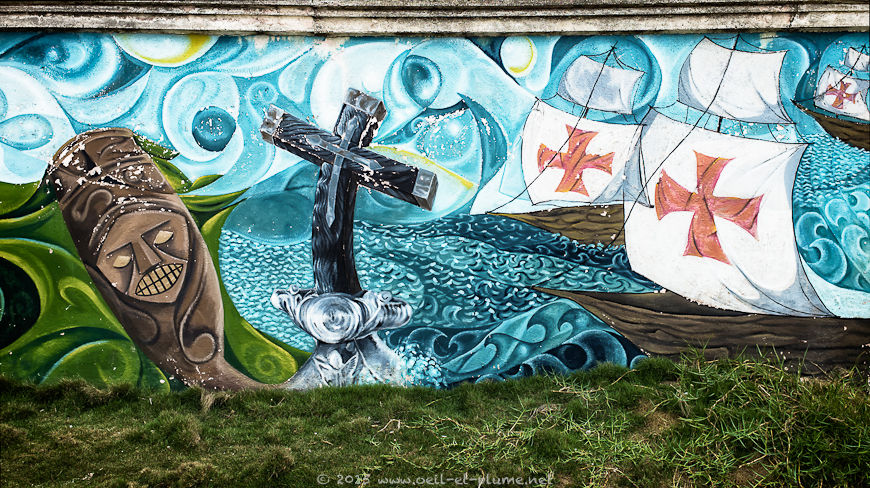 Legend has it that Christopher disembarks and plants a cross in the Bay of Honey’s soft sand. We know better that the Italian navigator names the location Porto Santo and qualifies the bay as ‘the most beautiful place in the world’. His travel logbook mentions also a table mountain nearby the bay which mirrors very much Baracoa’s El Yunque Mountain.

Christopher does not stay long in Porto Santo ; nor does he leaves Spanish settlers behind him. Aboard the Santa María vessel, he sails further east to discover what he names Hispaniola – present-day Haiti and Dominican Republic.

In 1511, the conquistador Diego Velázquez de Cuéllar initiates in Porto Santo the first Spanish settlement in Cuba, which serves as capital town until the function is transferred to Santiago in 1515. Eventually, Baracoa thrives off piracy for centuries.

Early 19th century, many French settlers land in Baracoa after having fled the revolution of independence in Haiti. They soon start growing coffee and cocoa. In the second half of the 19th century, Baracoa hosts many guerrilla fighters including Antonio Maceo and José Martí until Cuba’s independence from Spain in 1902.

Cuba’s far eastern corner is famous for not only gordious beaches but also virgin rainforests including the huge and biosphere-rich Alexander von Humboldt Natural Park. Those places are well documented elsewhere and do not match my photographic travel agenda.

I focus on Baracoa town and surroundings, seduced by the local wooden architecture and laid-back atmosphere. I feel like in a peaceful Caribbean variation of a 19th-century American town located somewhere along the last frontier in the wild West. 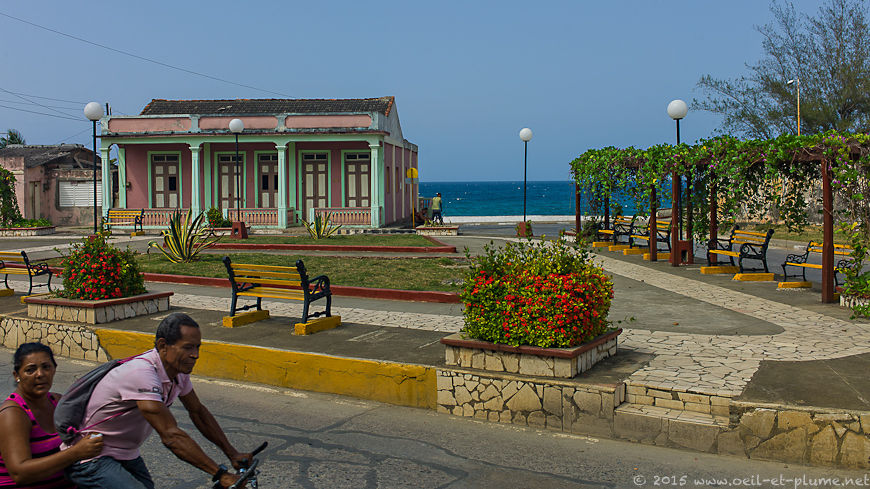 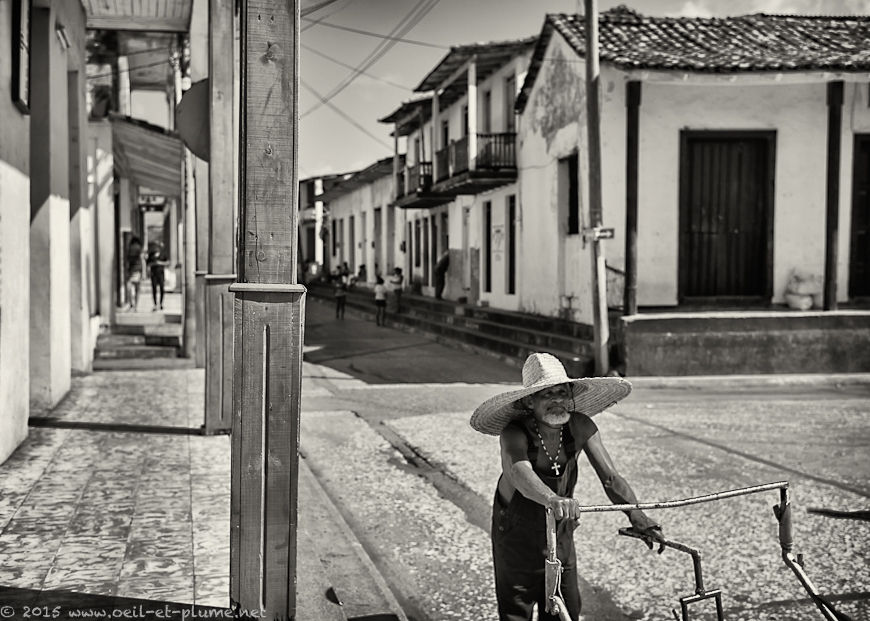 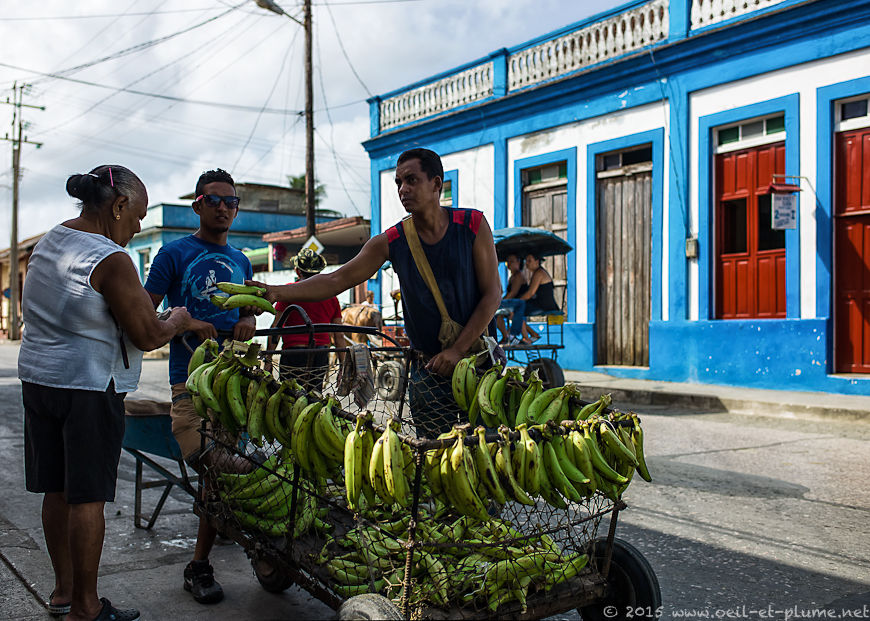 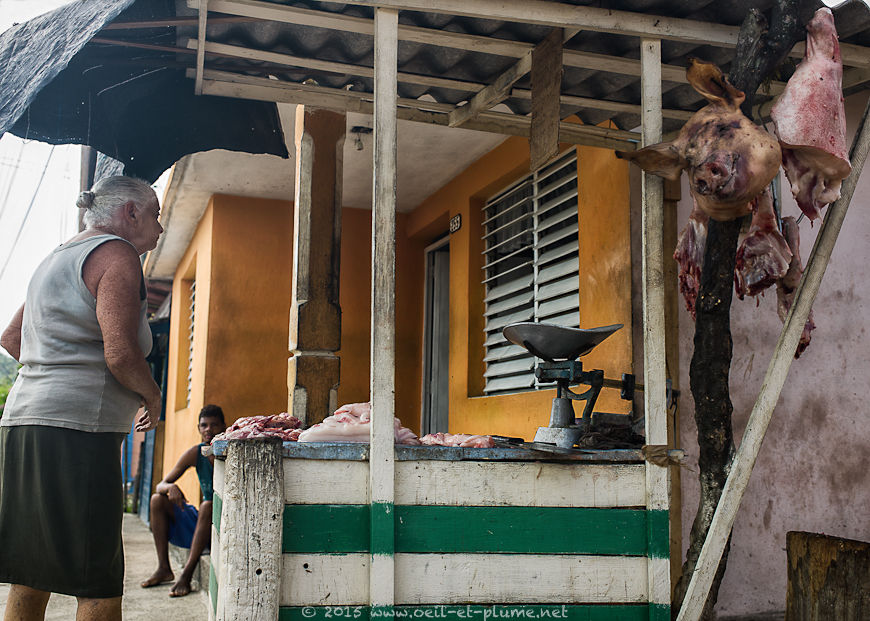 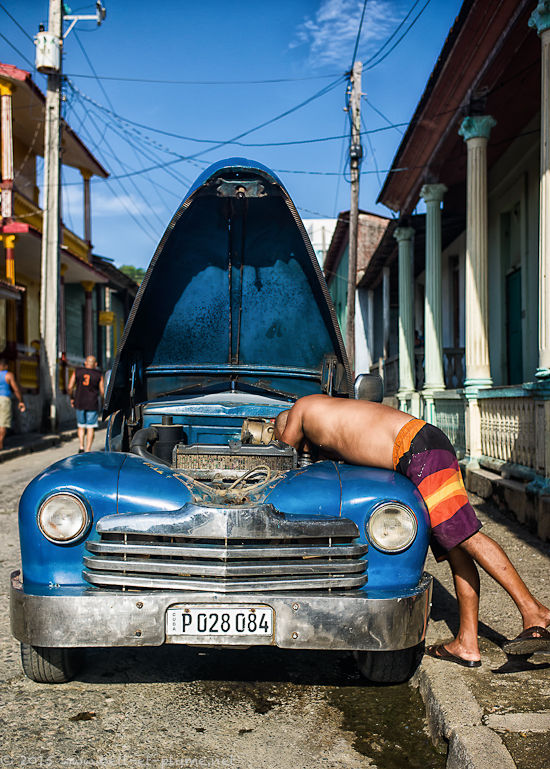 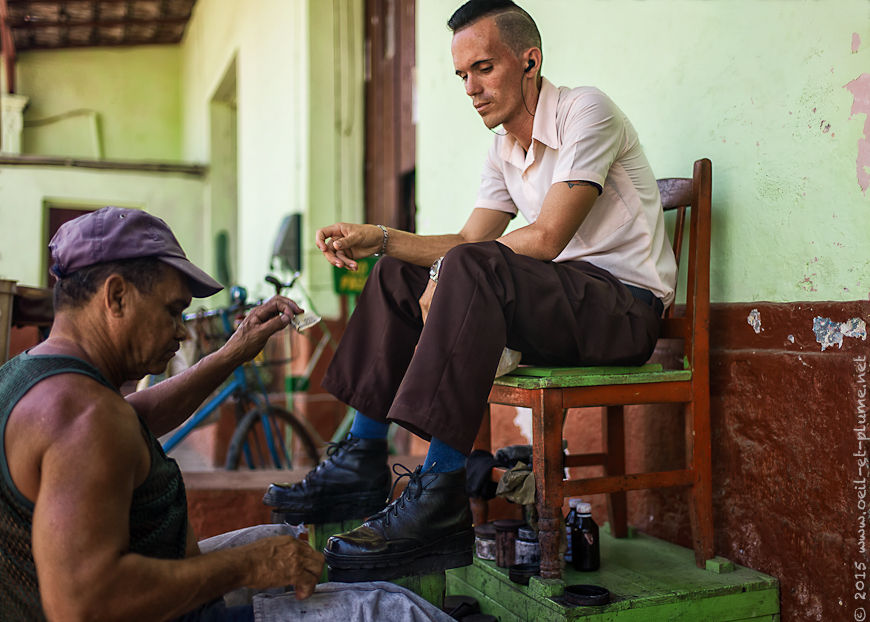 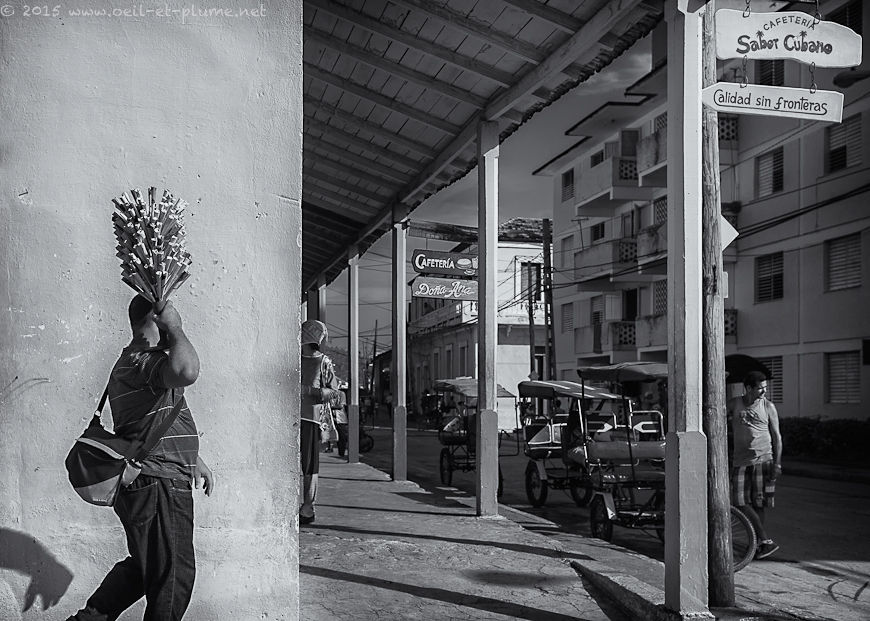 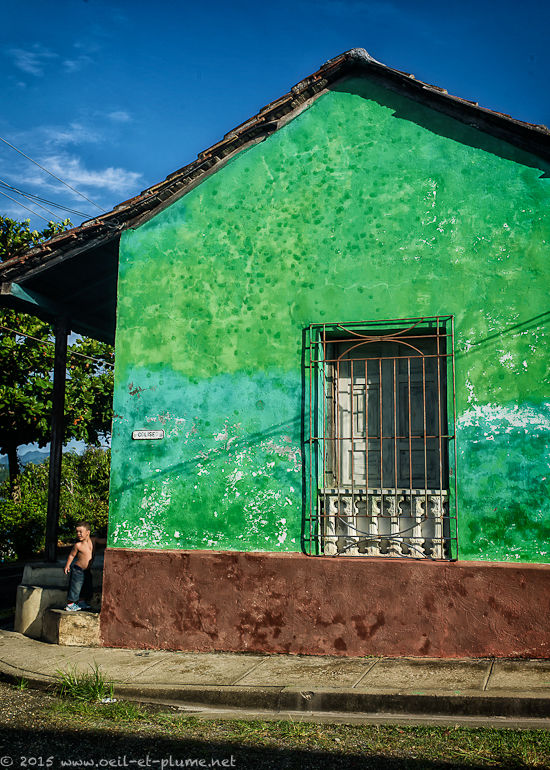 Cobblestone streets are lined with one-story buildings made traditionnally with local wood. Elegant classical columns and capitals add a chic touch. Brightly or faded coloured building paints as well as weathered tile roofs, add to the vintage charm of the Baracoa’s townscape. 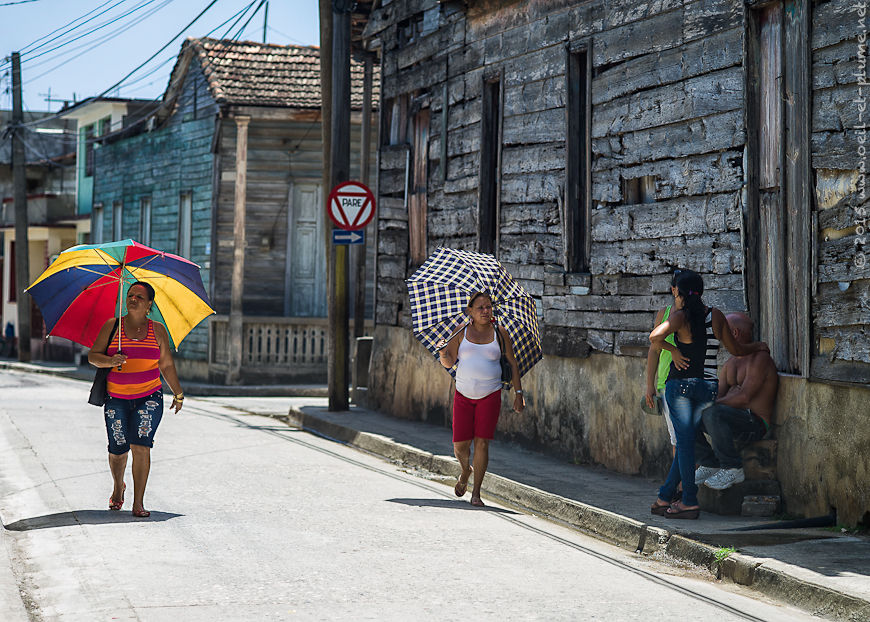 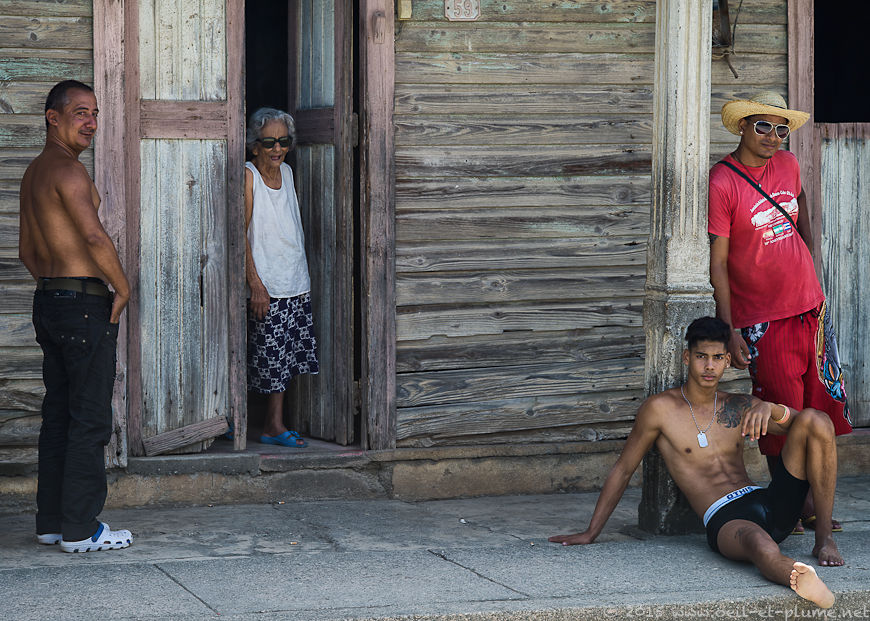 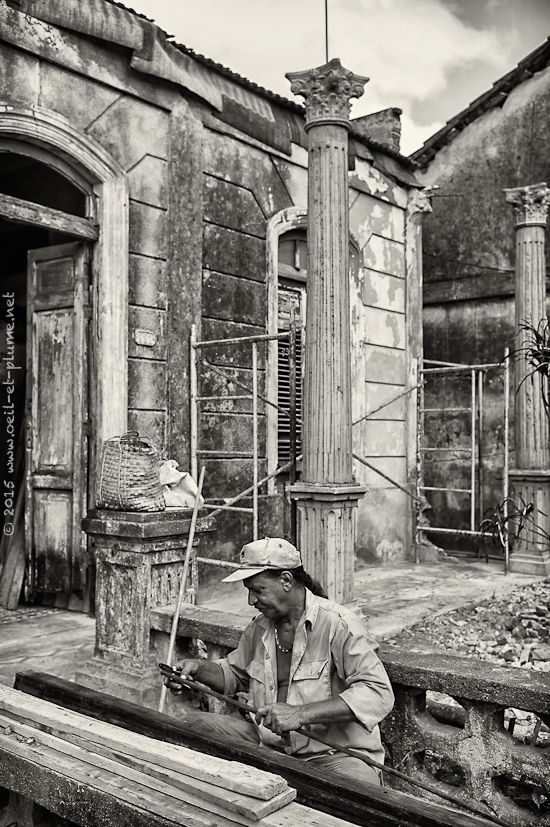 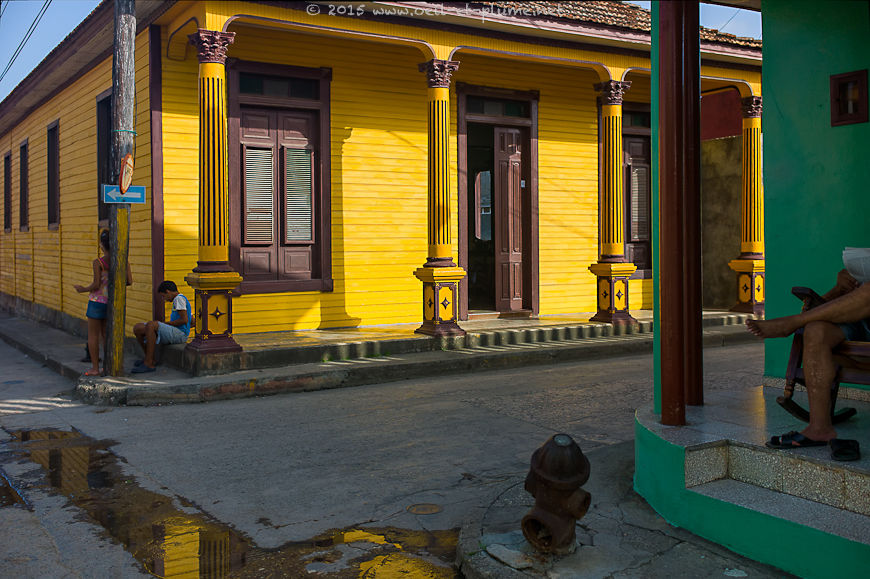 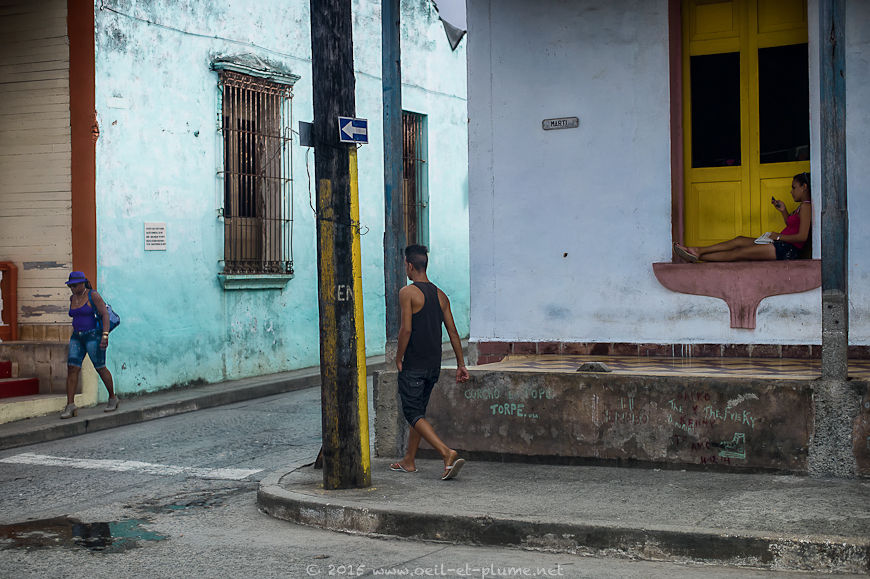 Owing to its geographical isoluation, Baracoa develops a distinct local culture throughout the centuries, with stronger indigenous roots than most of the rest of Cuba. Local art and cuisine brand a distinctive indigenous flavour. Last but not least, I find Baracoa’s lifestyle more relaxed. This fluid way of life is what strikes most my photographic eye. 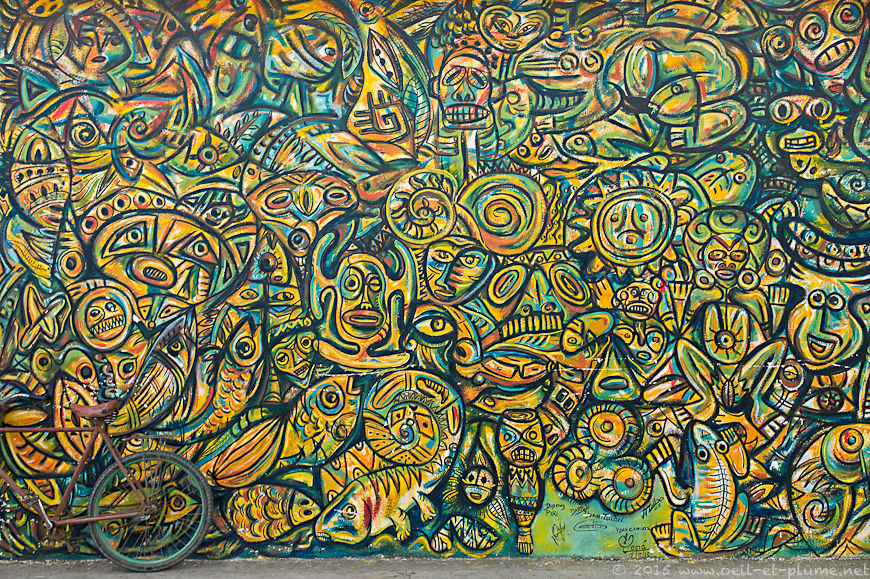 Baracoa’s local hero is Hatuey. Native of Hispaniola, the cacique travels the sea to Cuba’s Oriente early 16th century. He warns local indigeneous chiefs against the cupidity and the cruelty of Spanish conquistadores that he had witnessed home. Poorly heard by his counterparts, Hatuey fights the Spaniards mostly in Baracoa before being captured and burnt alive. 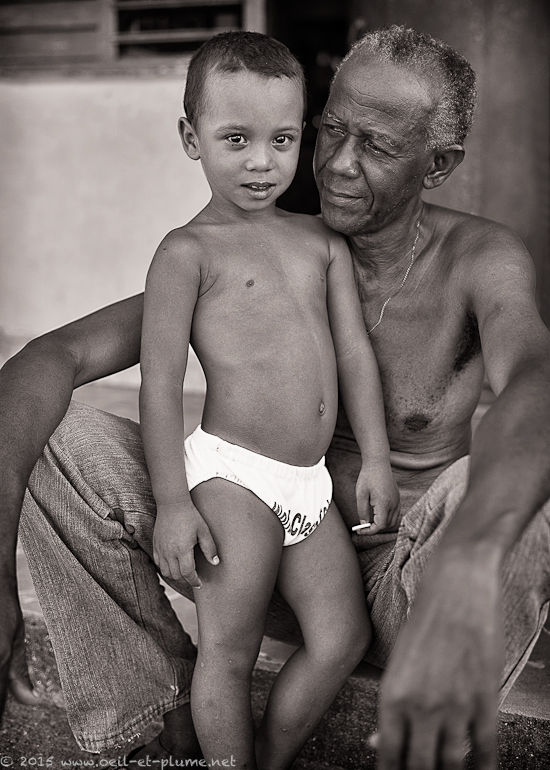 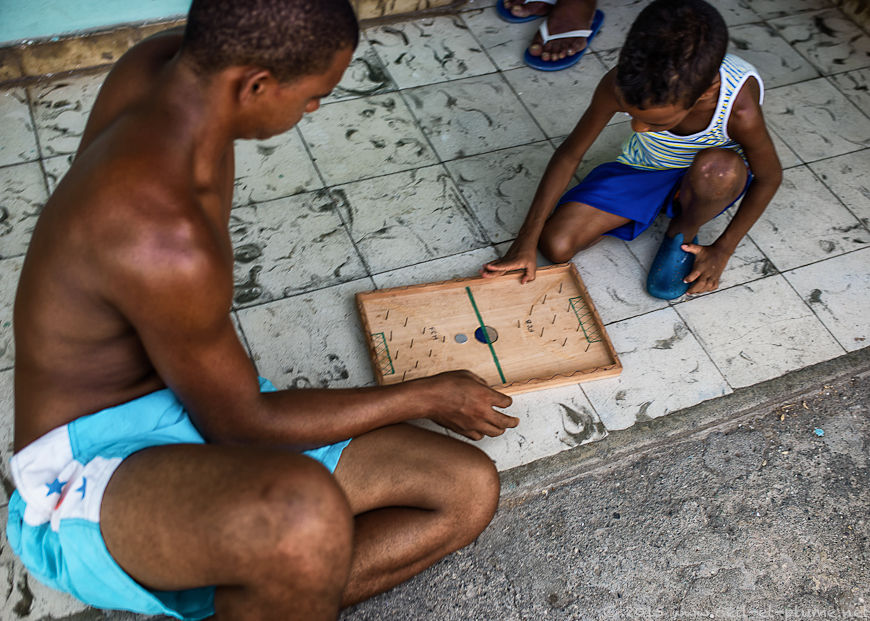 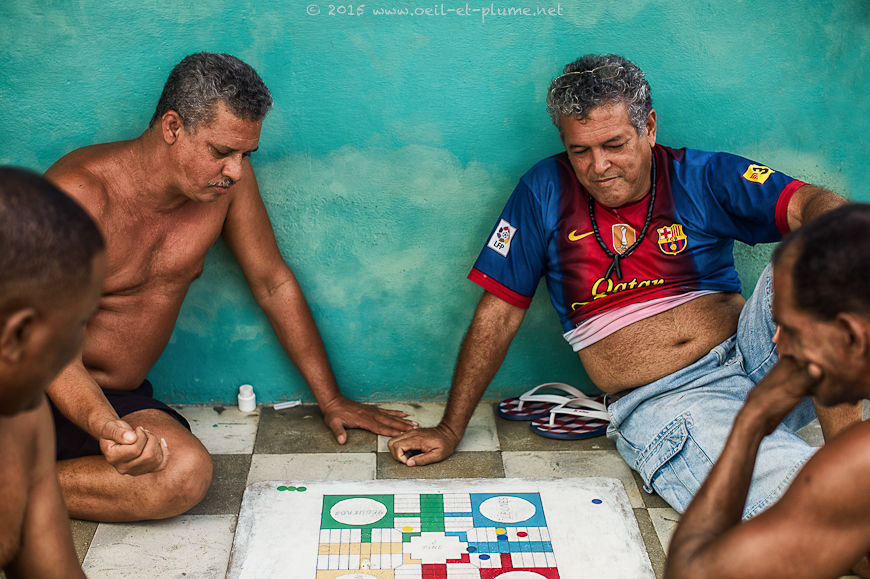 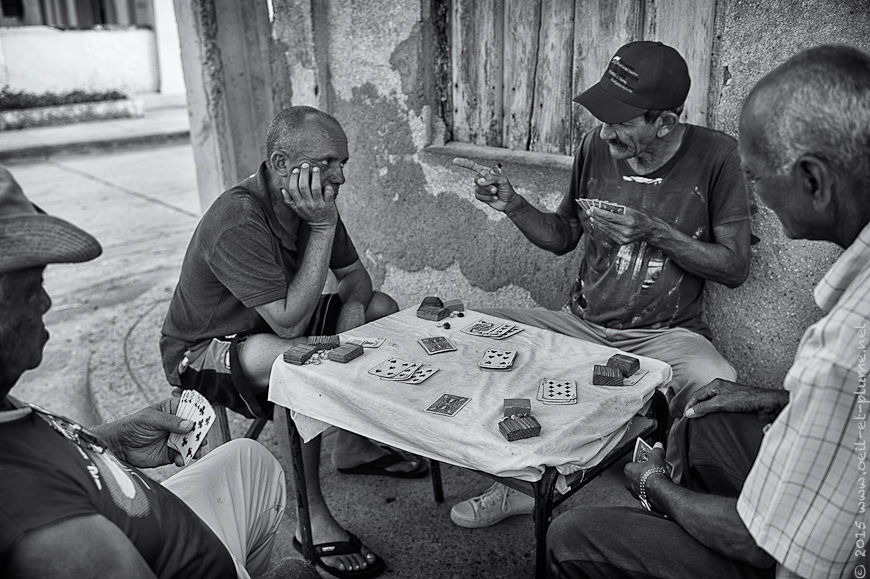 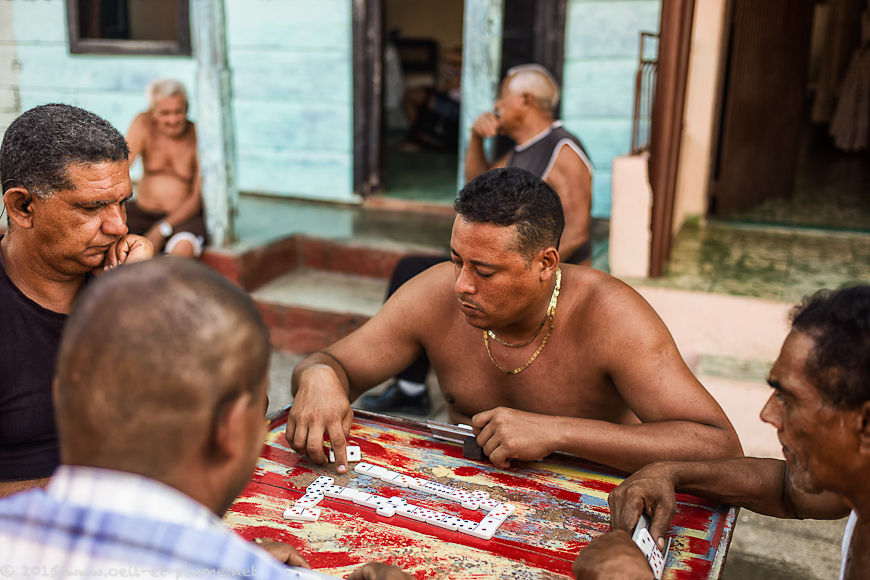 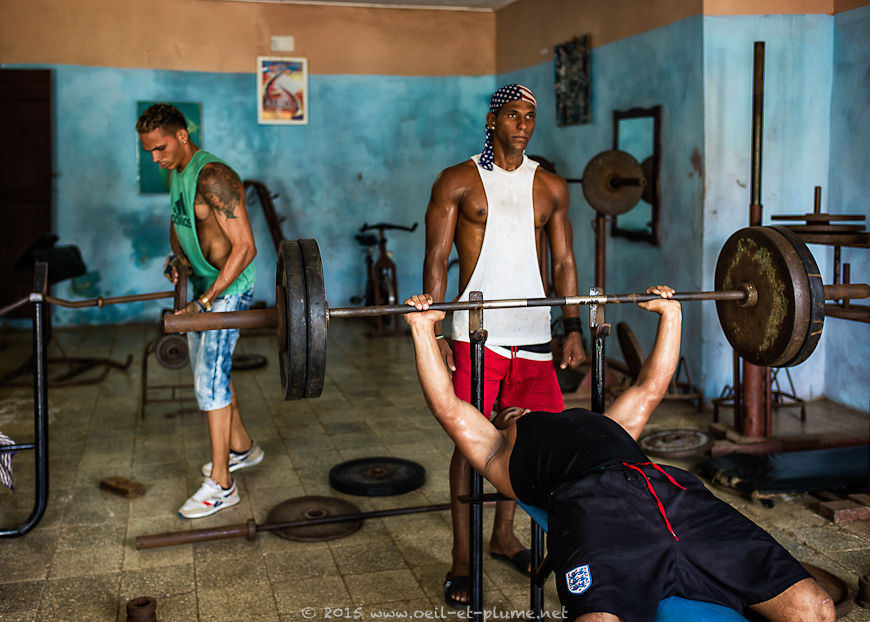 Local rythm can burst all of a sudden, through a conga for example. Informal, loud and joyful gatherings occur for whatever reason and soon invest the street. I do not bother to know what or why these people set up a conga, to concentrate on how they do celebrate. 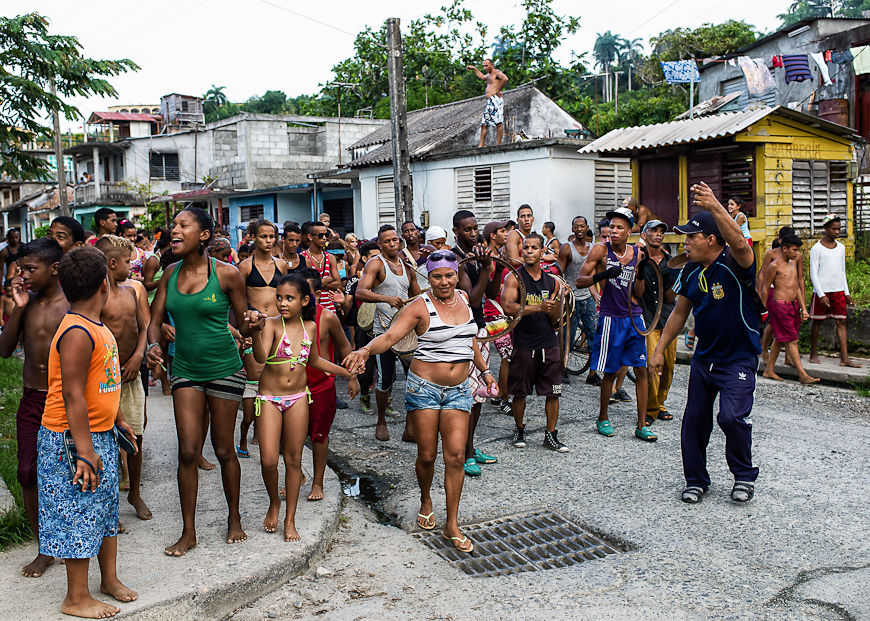 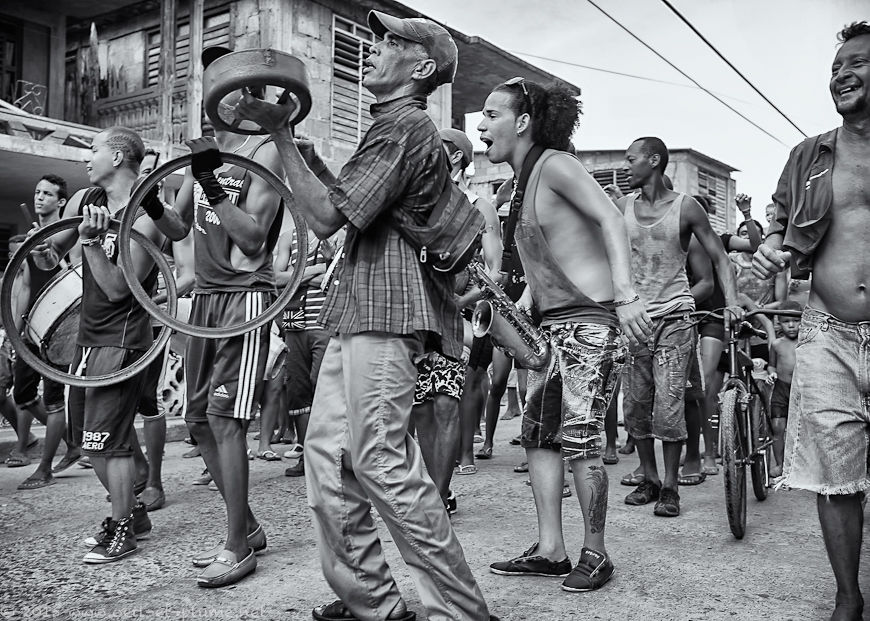 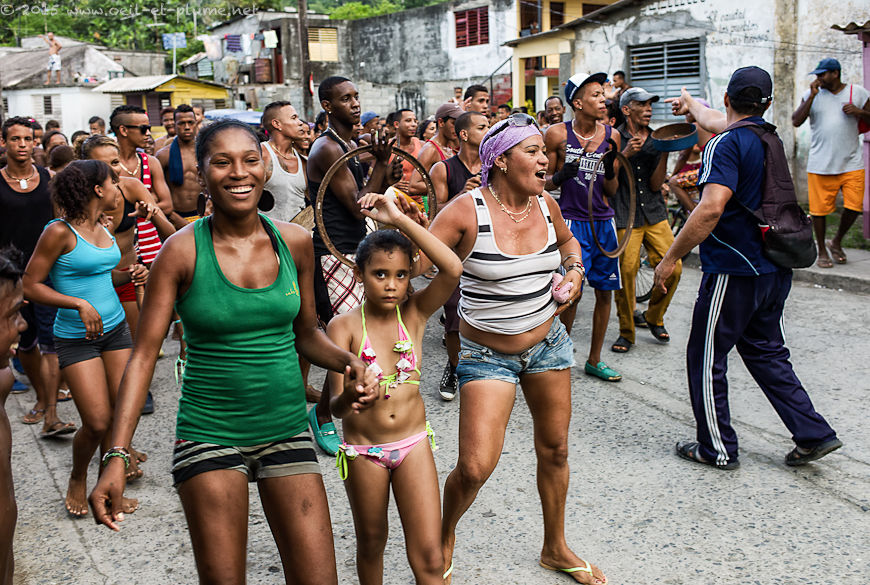 Baracoa’s coastal line is full of gorgious beaches. Located in the outskirts of the town, Playa Blanca is visited daily by scores of local inhabitants. I love such raw but genuine beach life. 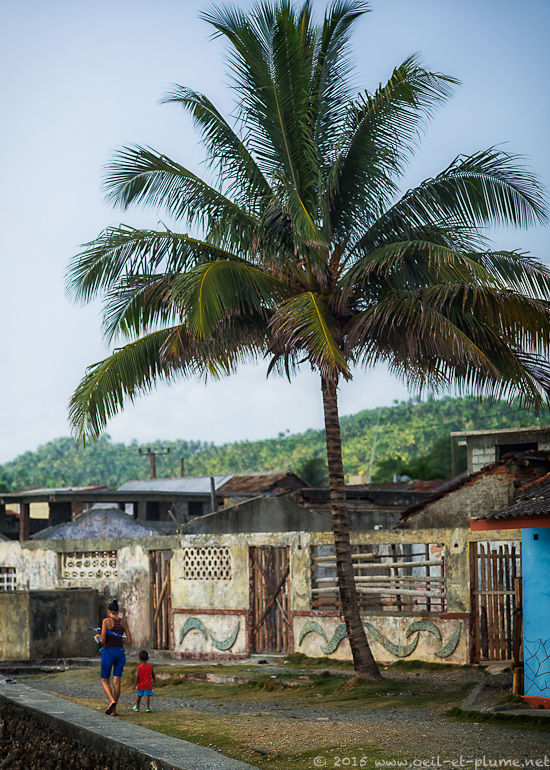 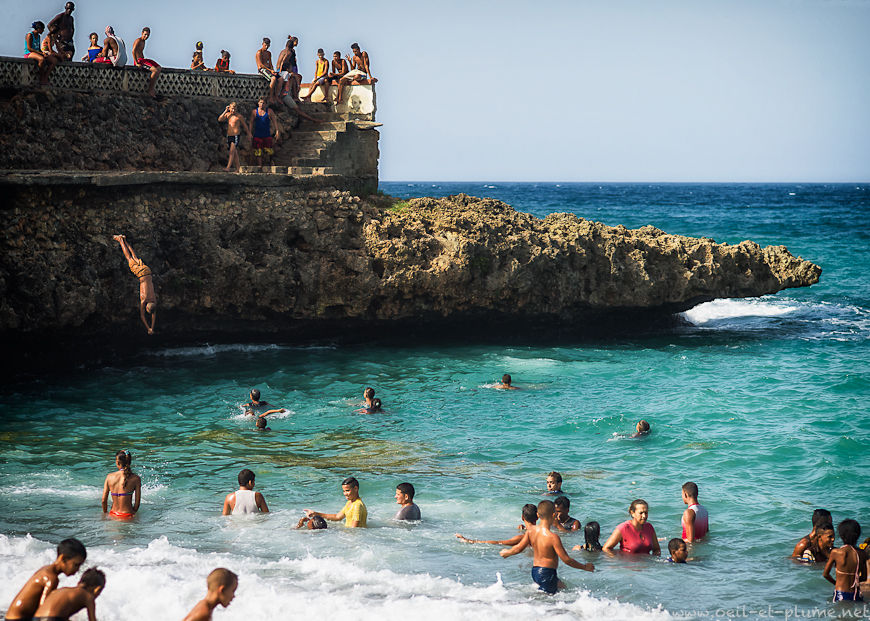 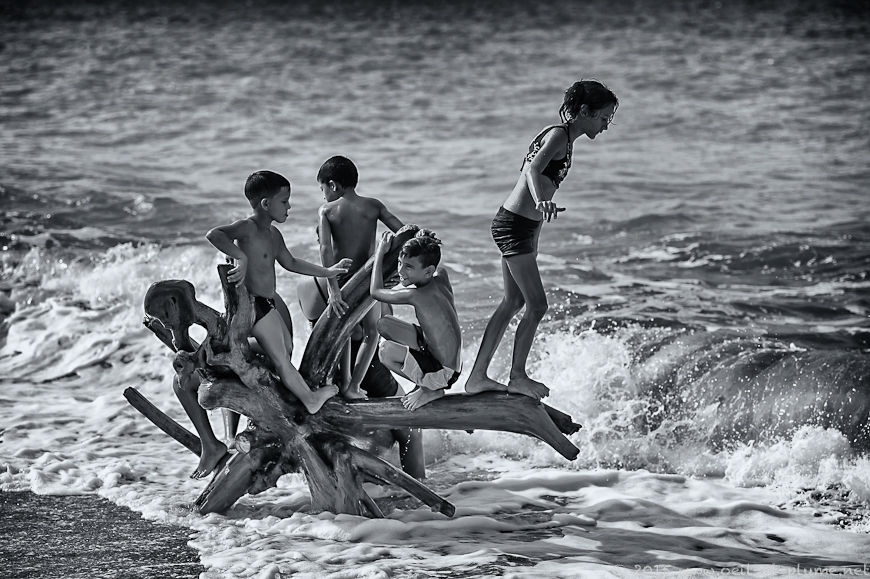 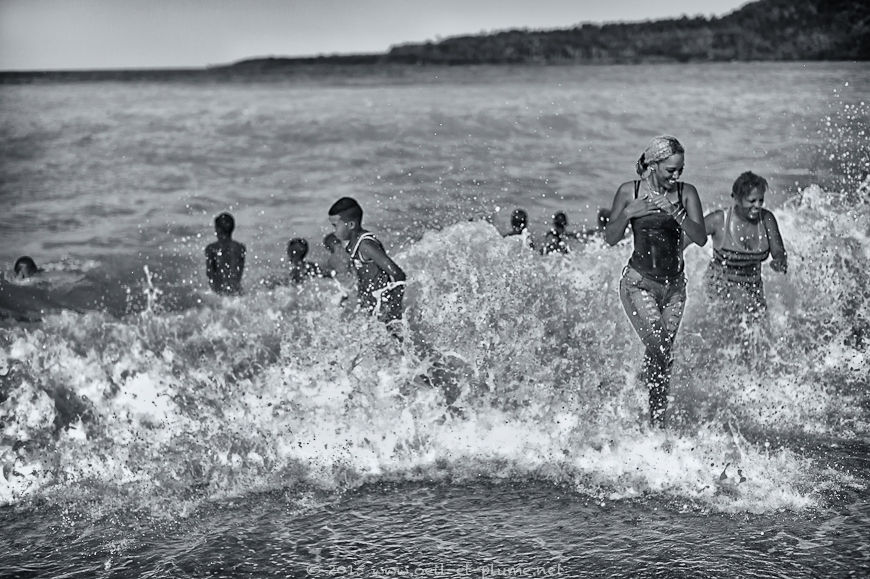 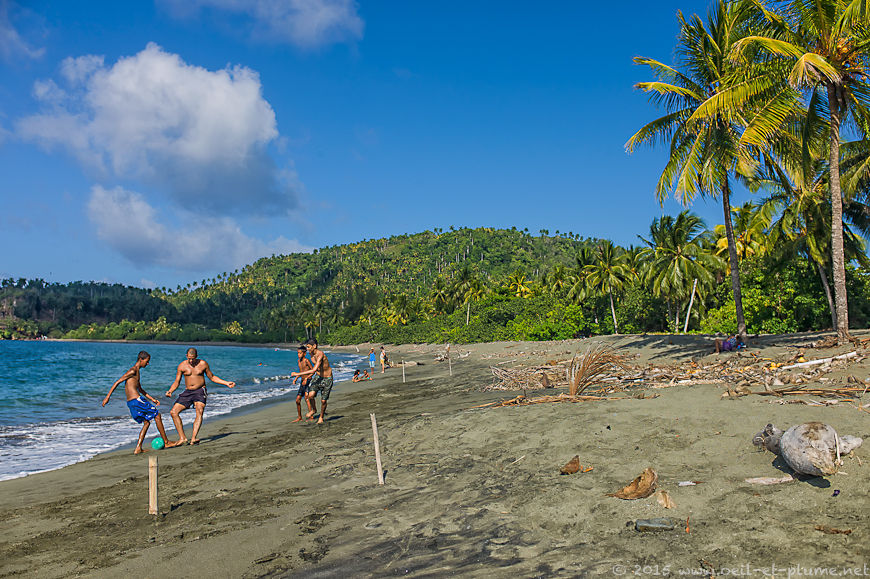 I end with a sweet coup de cœur : Baracoa is famous for its cucurucho – an ambrosia of honey, coconut, nuts and fresh seasonal fruit served in cones of palm bark.

However, don’t believe the claim if you are told that Baracoa produces the best chocolate in the world. True, Baracoa grows many cocoa trees. True again, the main local chocolate manufacture was inaugurated by the then Finance and Industries Minister Ernesto Che Guevara in 1963.

For the world’s best chocolate, come and visit my home Switzerland !