As mentioned in my earlier post on Galata, the neighbourhood located in the European side of Istanbul is awesome to explore by foot and with a camera in hand. I did so in several opportunities from mid-2016 until very recently. 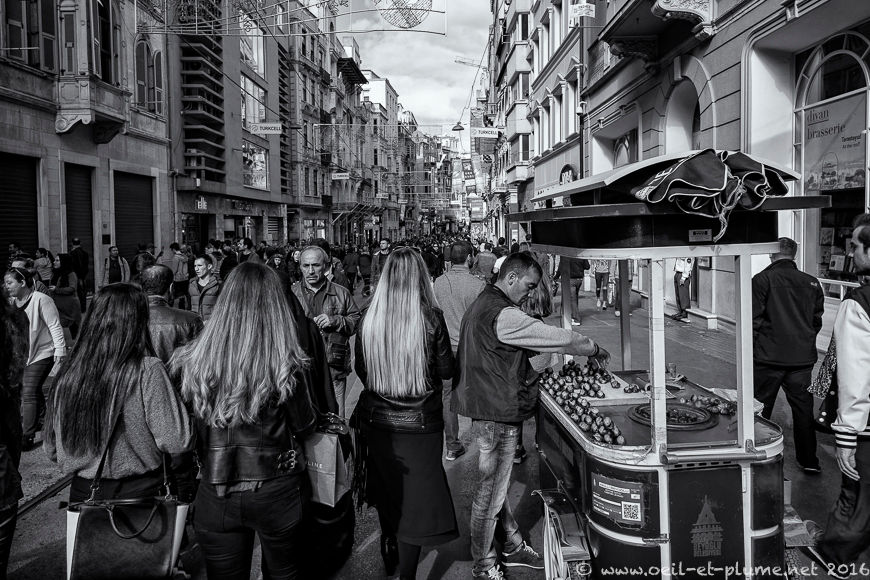 I crisscrossed Galata to capture its ancient-modern spirit – looking for indoor atmosphere and activity as well as outdoor street life and art. Keen to present unconventional perspectives, I stayed as much as possible away from official and mainstream culture. What follows is mostly street art presented in its social context.

I first befriended cat siblings to trace the main street artists operating in Galata nightly. Cats see and know everything of nightlife indeed.

The first underground artist whom I spot promptly vanished in the dark, leaving his piece of artwork unfinished. The second guy was obsessed with selfies, while the third one was too busy calling for revolt in his painting to chat with me.

Never mind. I came across many pieces of street art during my urban treks throughout Galata. The series below displays a variety of pictorial styles and topics, but always much creativity. 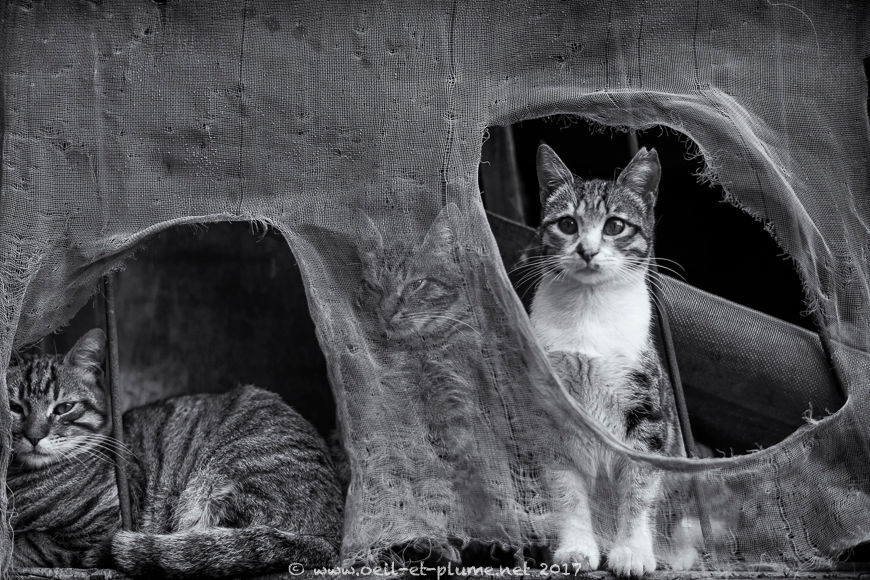 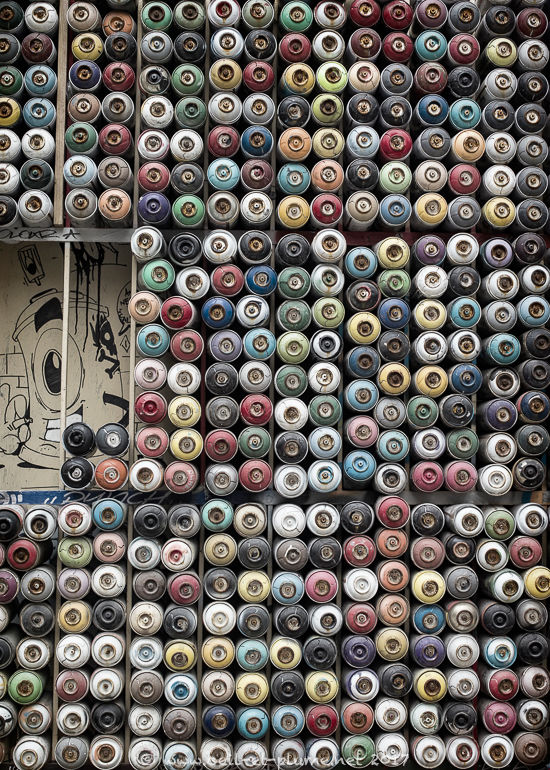 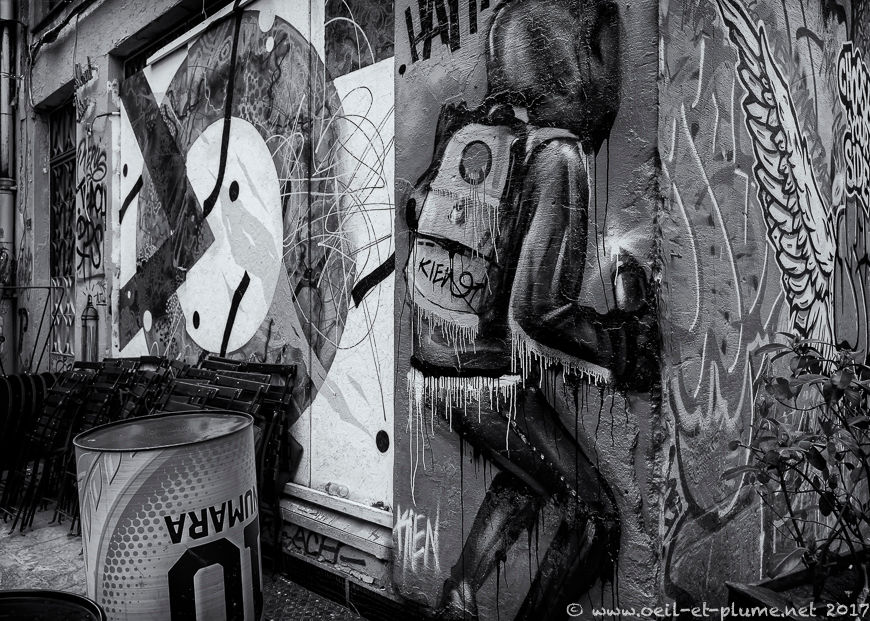 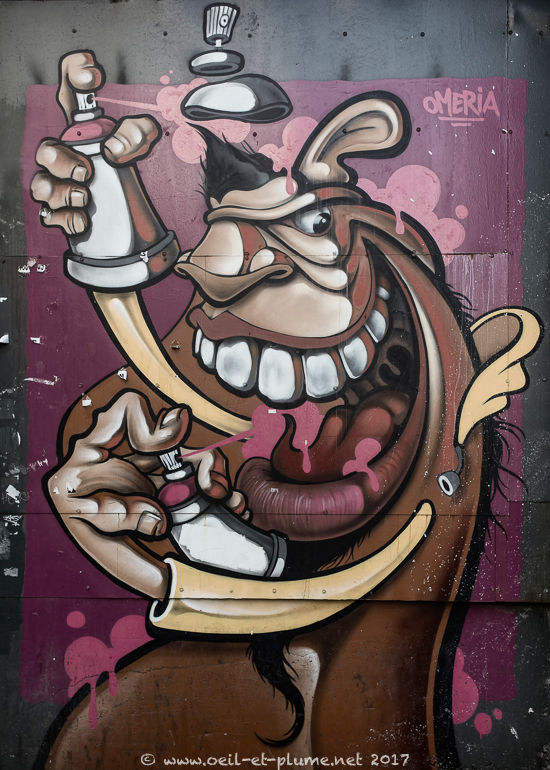 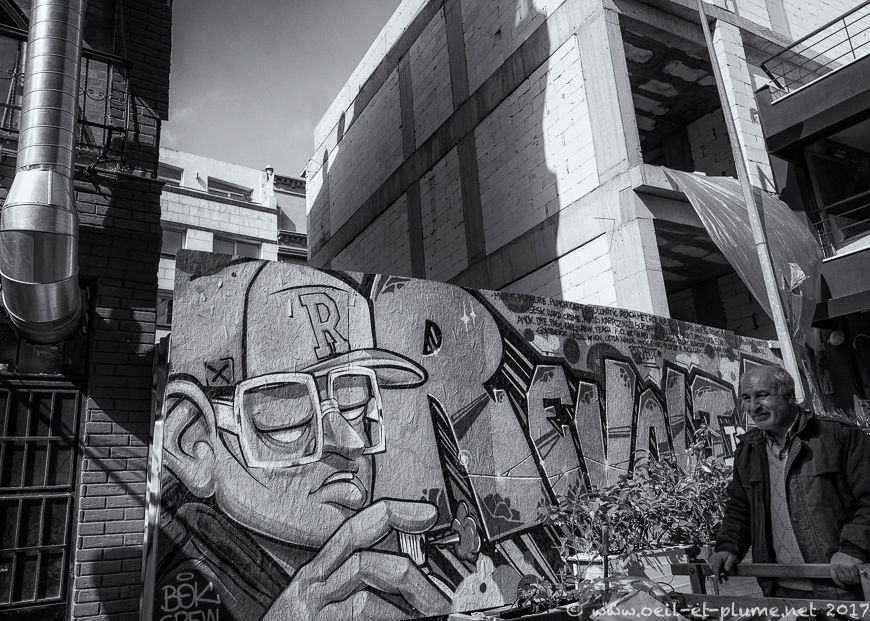 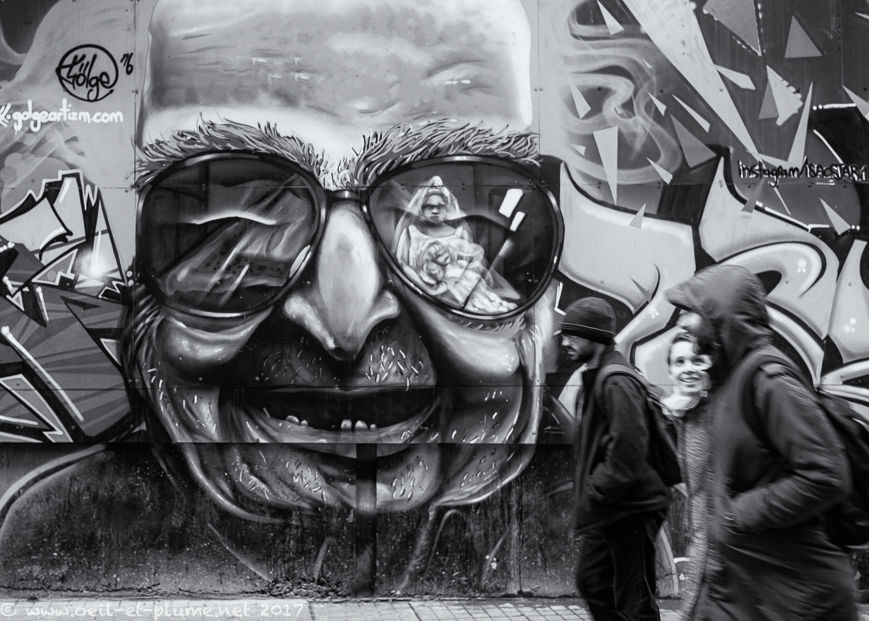 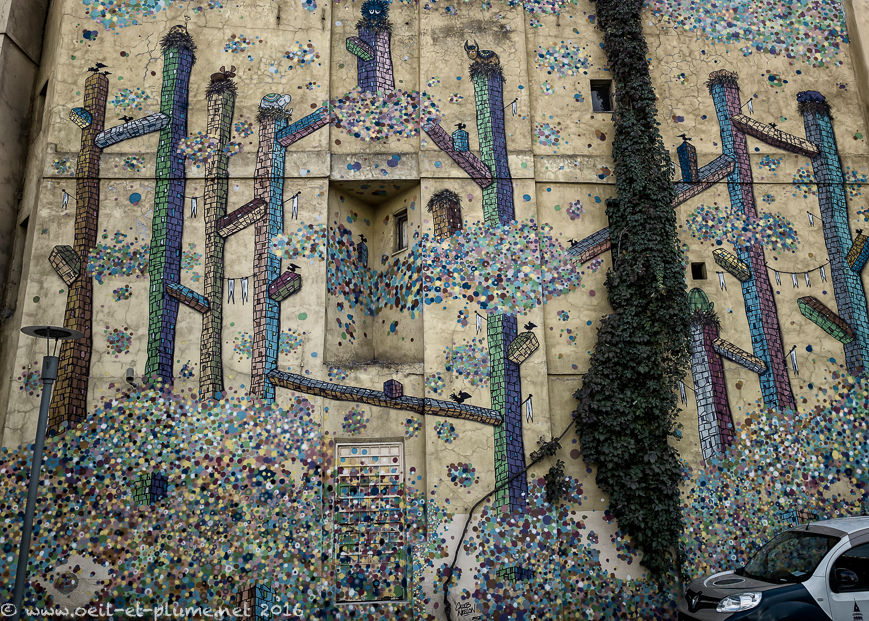 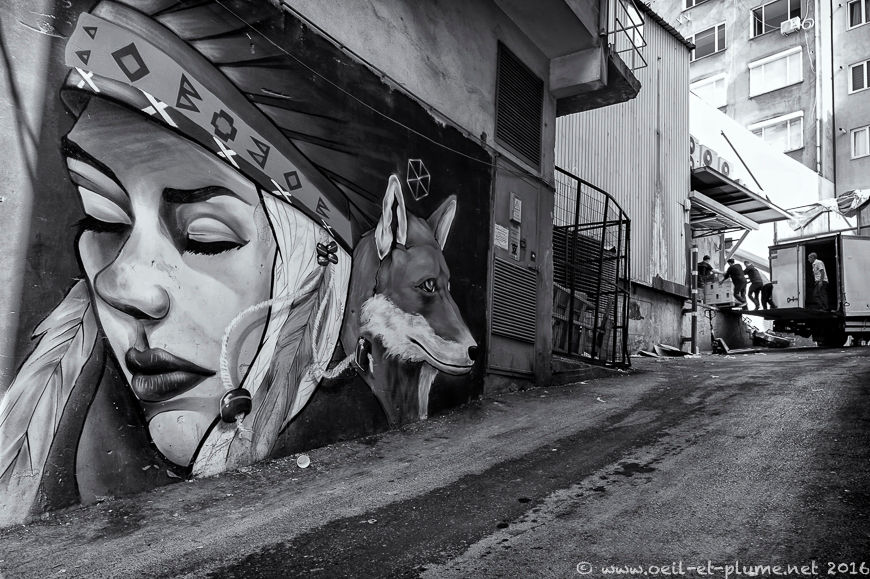 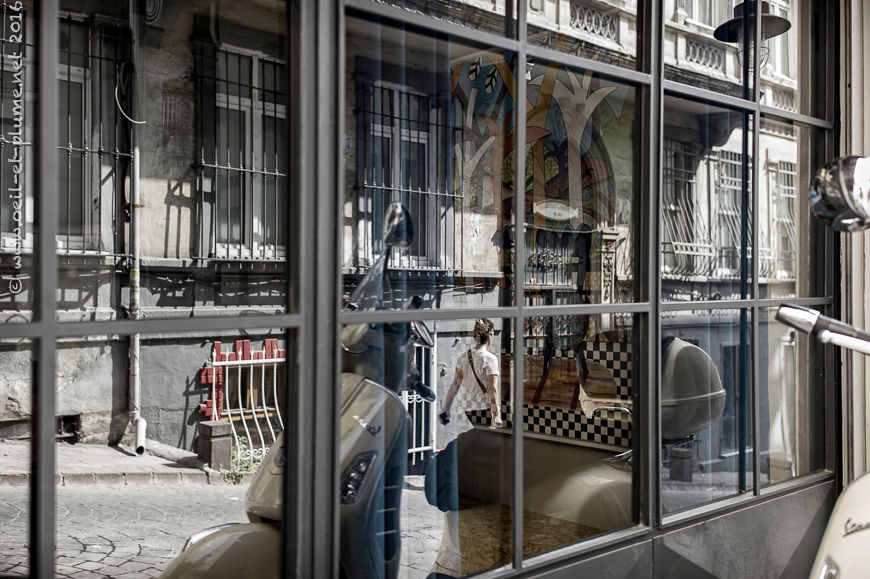 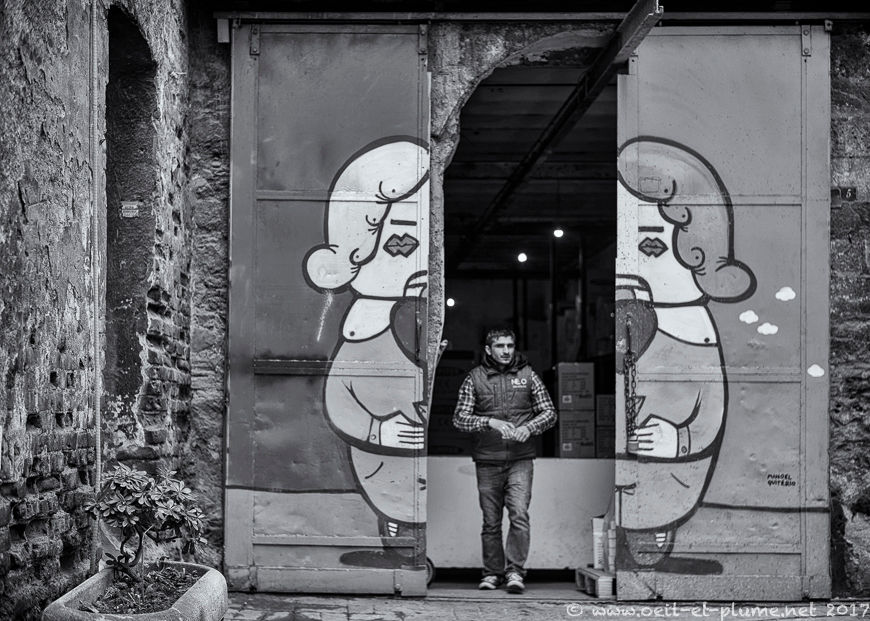 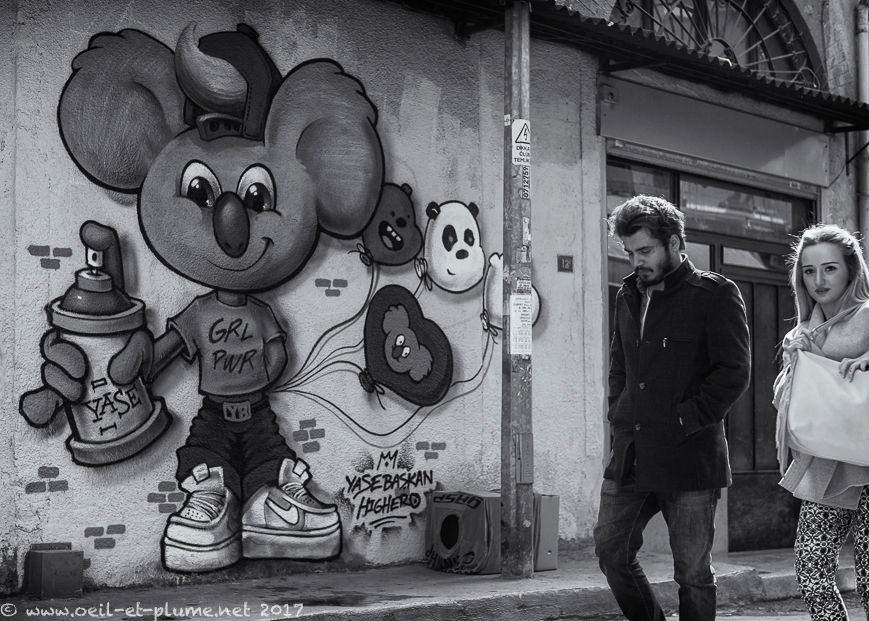 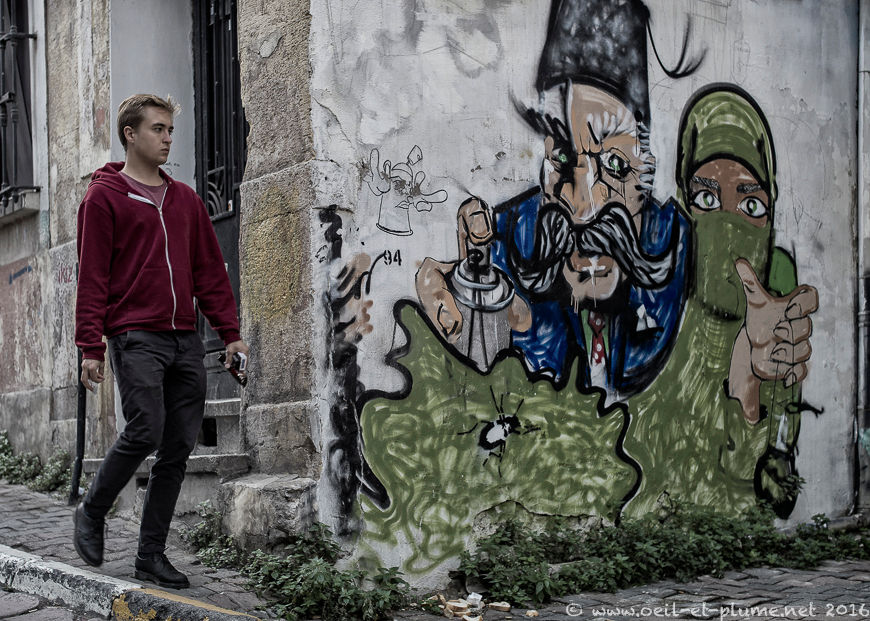 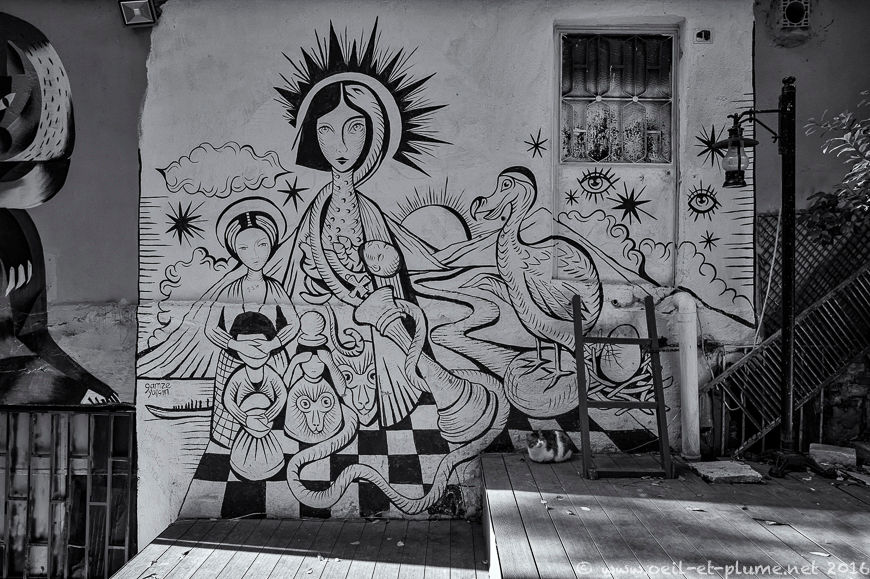 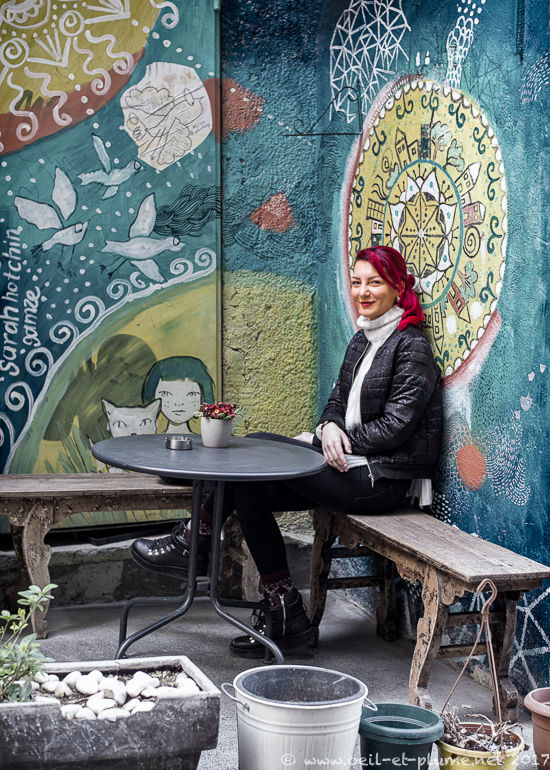 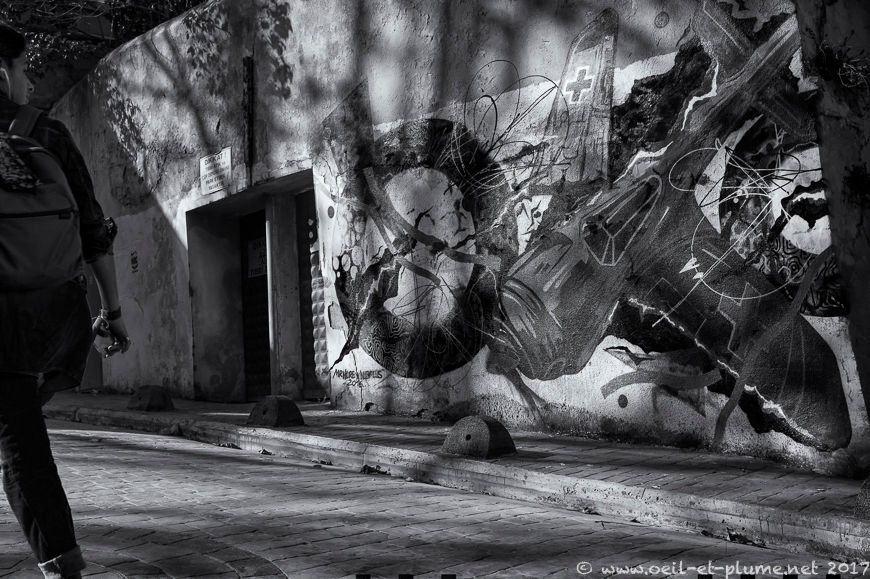 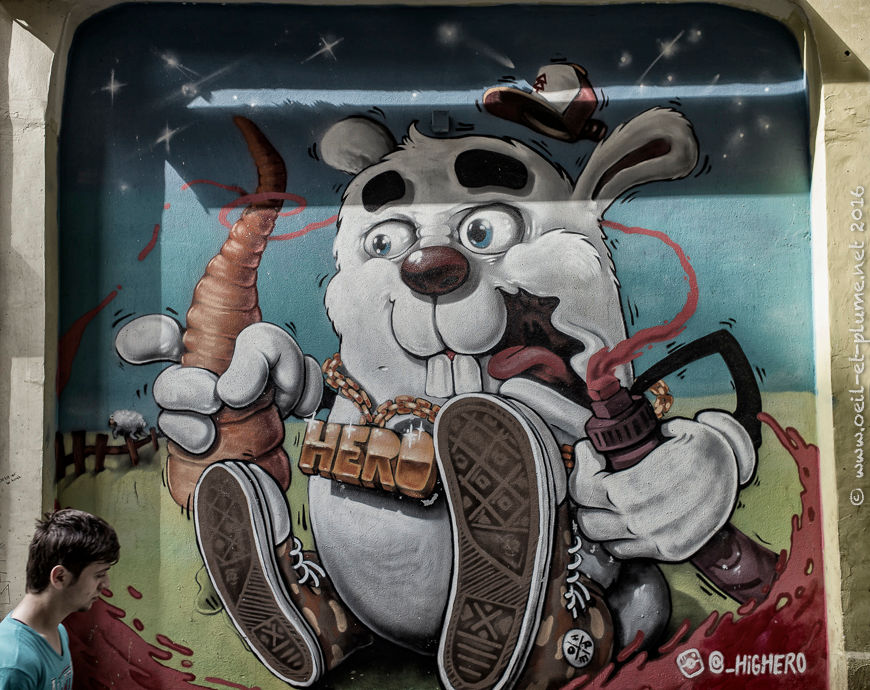 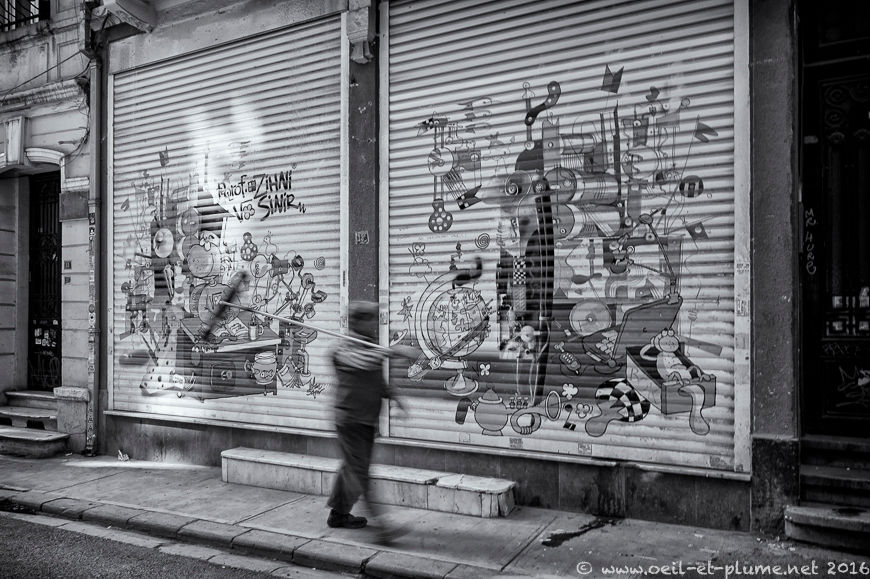 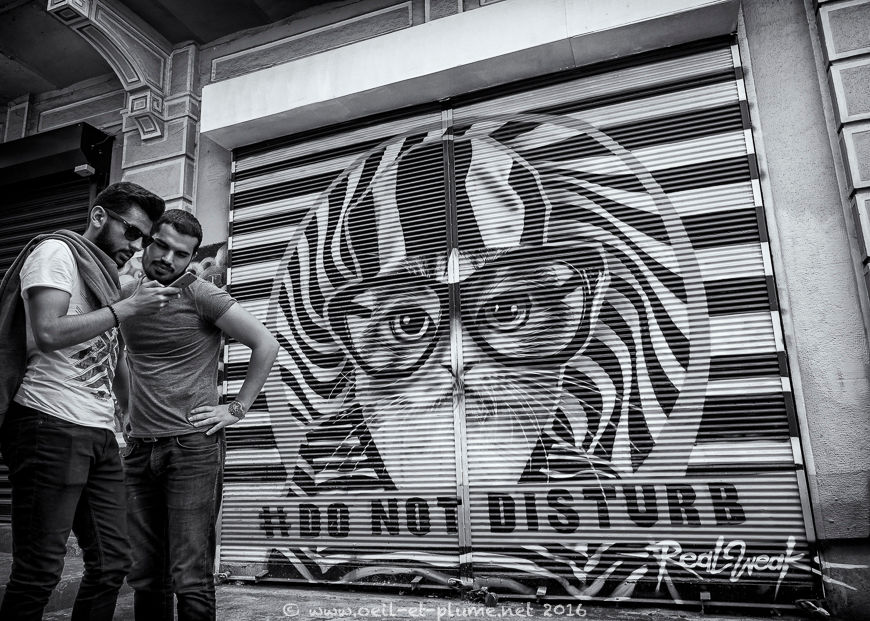 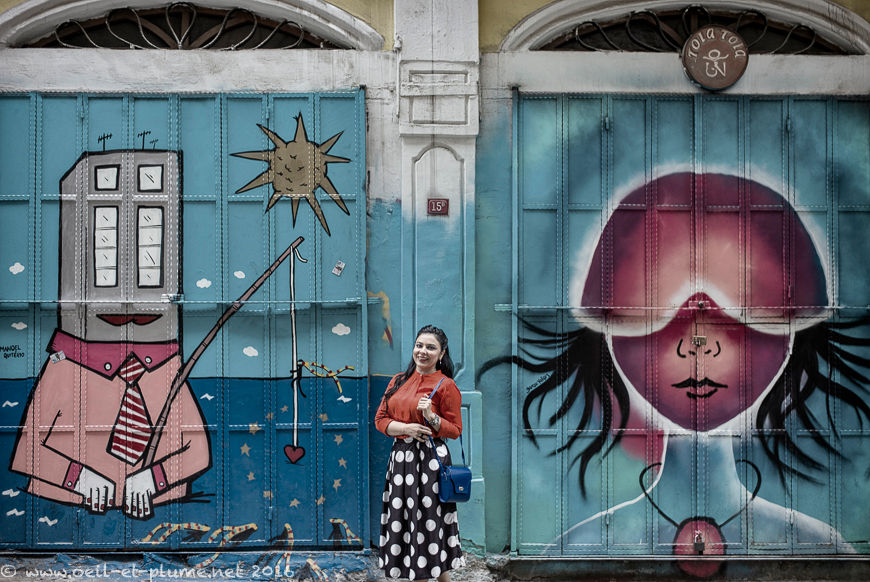 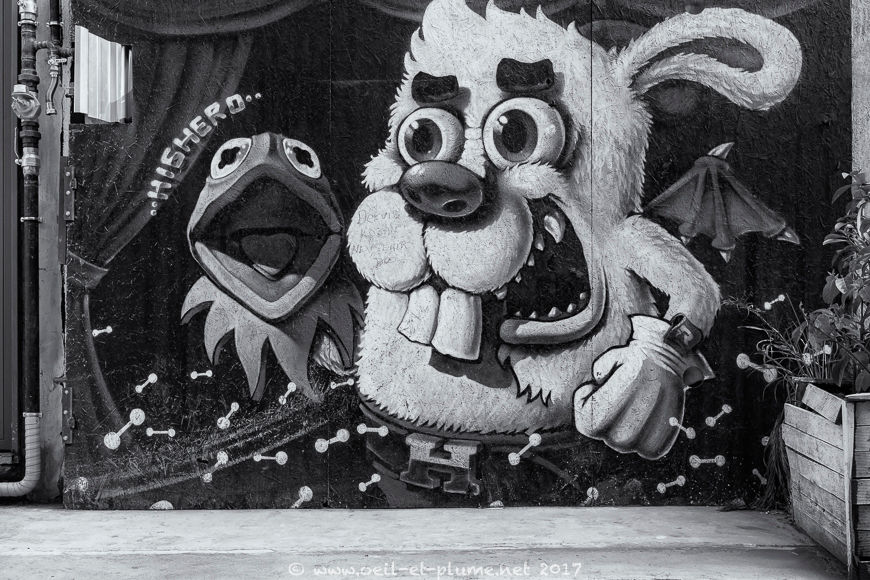 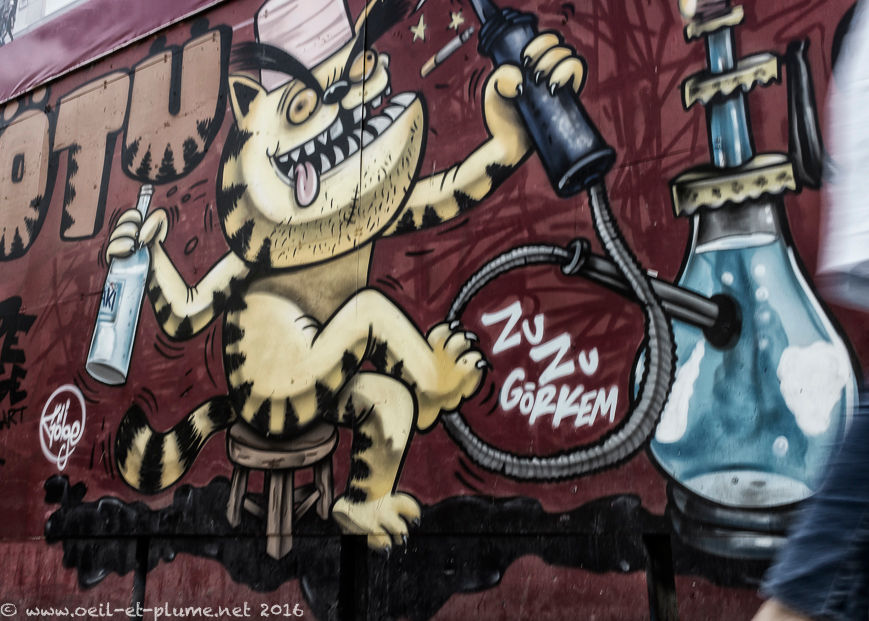 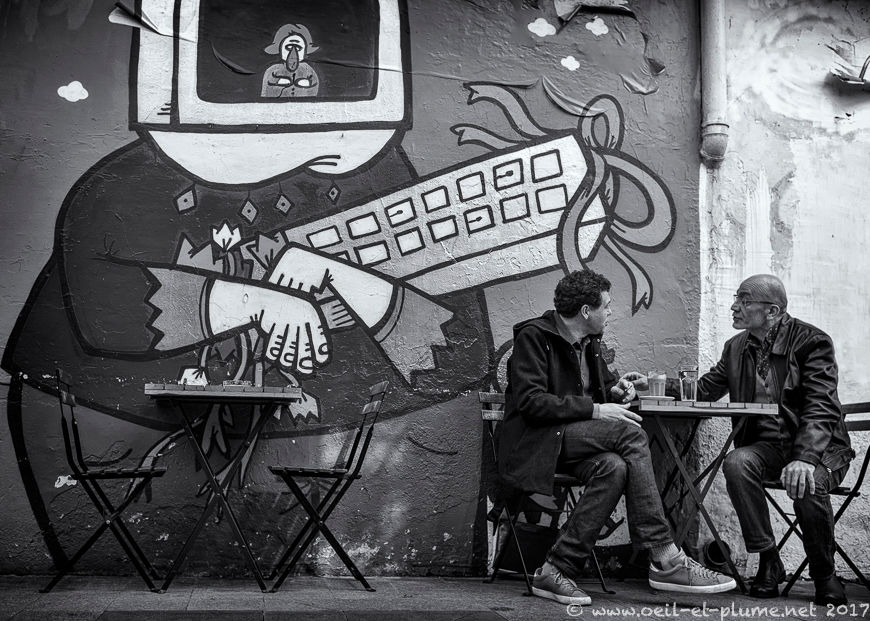 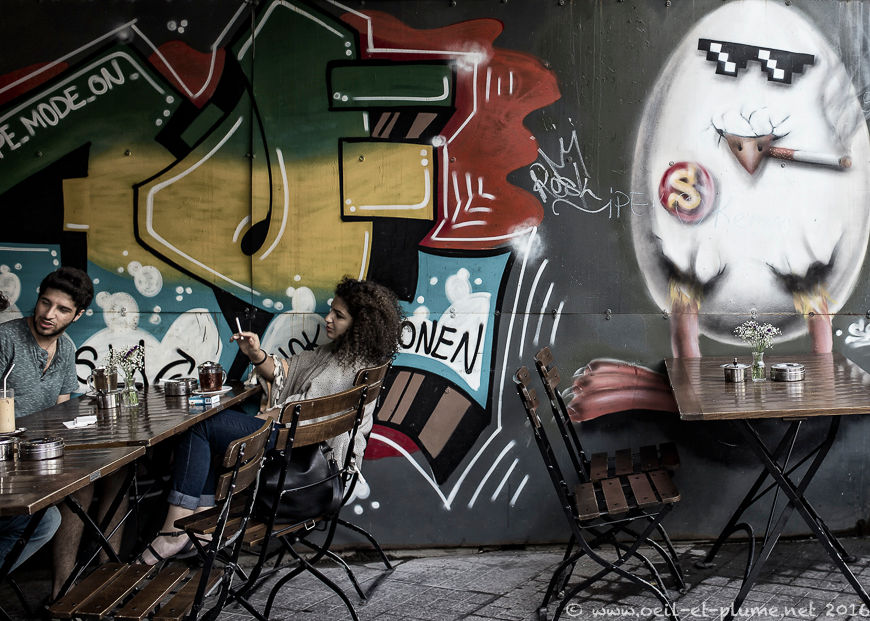 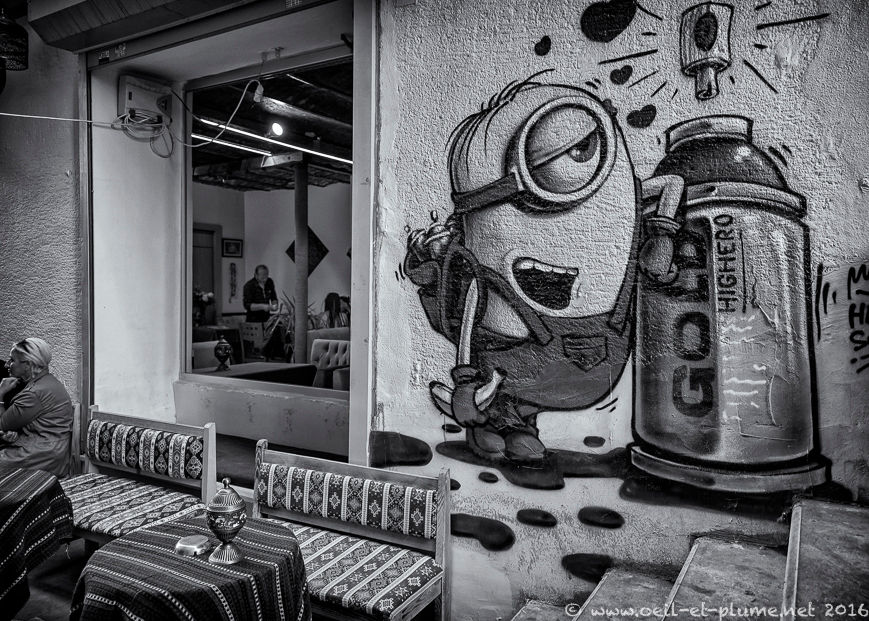 Street art is part of today’s vibrant culture in Galata. From its underground roots, it has grown increasingly bold and open. Paintings do not just lighten dark corners of side streets. They now also fill large sections of main street walls, be it only temporarily. Many authors sign their artwork with their pseudonyms and their online coordinates.

Street art is booming in Galata. This is a good news overall. Although it hosts the Orhan Pamuk’s famous Museum of Innocence, Galata is by no mean a museum of innocence. Vibrant street art makes the neighbourhood culture-rich, alert, vocal and engaged. 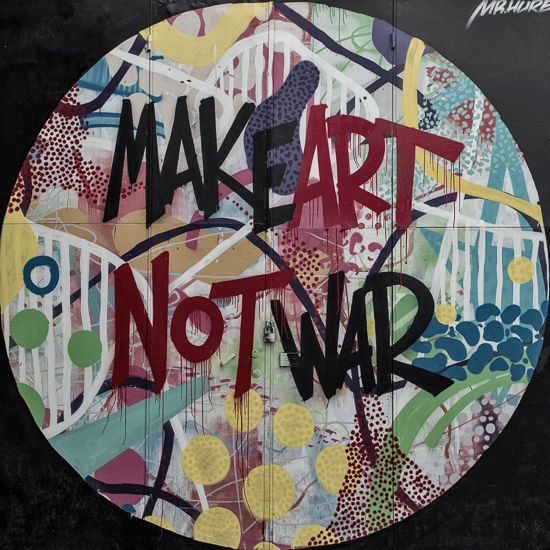 The street art vogue is not free of caveats. Captured by a boho (bourgeois-bohème) cultural trend, part of the upward dynamic tends to privilege the aesthetic over the message. The type of street artwork uses commercial locations as exhibition rooms rather than to challenge society. Conversely, business feeds this segment of street art to enlarge its consumer base.

To remain strong, street art should keep merchandising at bay, or use it to achieve its own objectives. Street art is foremost about messaging, and should remain so. Leaving aside political contestation, it should still question societal choices. I love the call made below to ‘eat more art’ in order to elevate collective mindset. 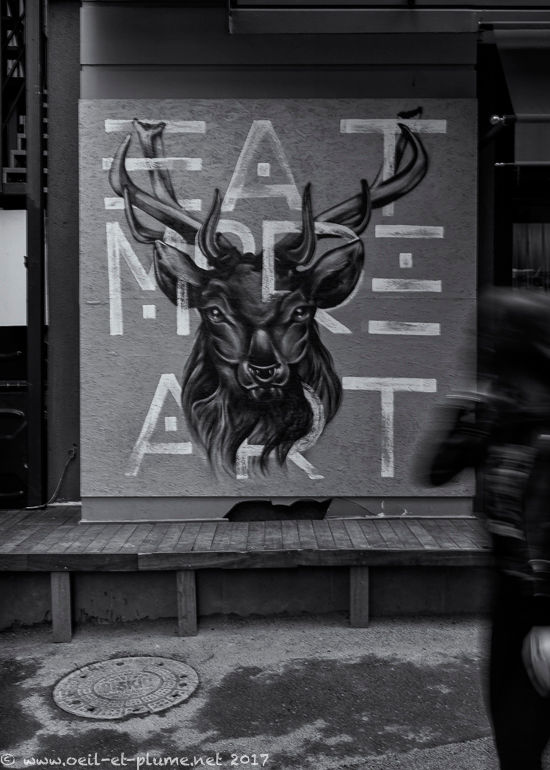 Galata is vivid and diverse enough to resist the complete commercialisation of street art. Some key artists manage to play their societal role even in trendy locations. The neighbourhood comprises fancy cafés and bars, but also small-scale production and retail business. The latter areas remain privileged locations for artistic expression.

I referred to Ara Güler in the introduction of my first post on Galata. Nicknamed ‘Istanbul’s eye’, the famous Turkish photographer documented Istanbul’s street life for decades to capture its soul with black-and-white frames.

Güler probably did not document the picturesque street art displayed across Galata nowadays. I feel blessed to present Galata’s street life in my own way.

Trotting the globe with vision, values and humour

View all of Bertrand's posts.