I trekked the Lycian Way my own way. It takes more than two weeks to trek this famous 510 km-long trail running in southern Anatolia along the Turquoise Coast between roughly Fethiye and Antalya. Short of such amount of time but also not brave enough to just walk that much, I used a variety of transportation means to reach Antalya, stopping in selected spots of the journey.

In Fethiye, I boarded a boat for a short cruise until Faralya. 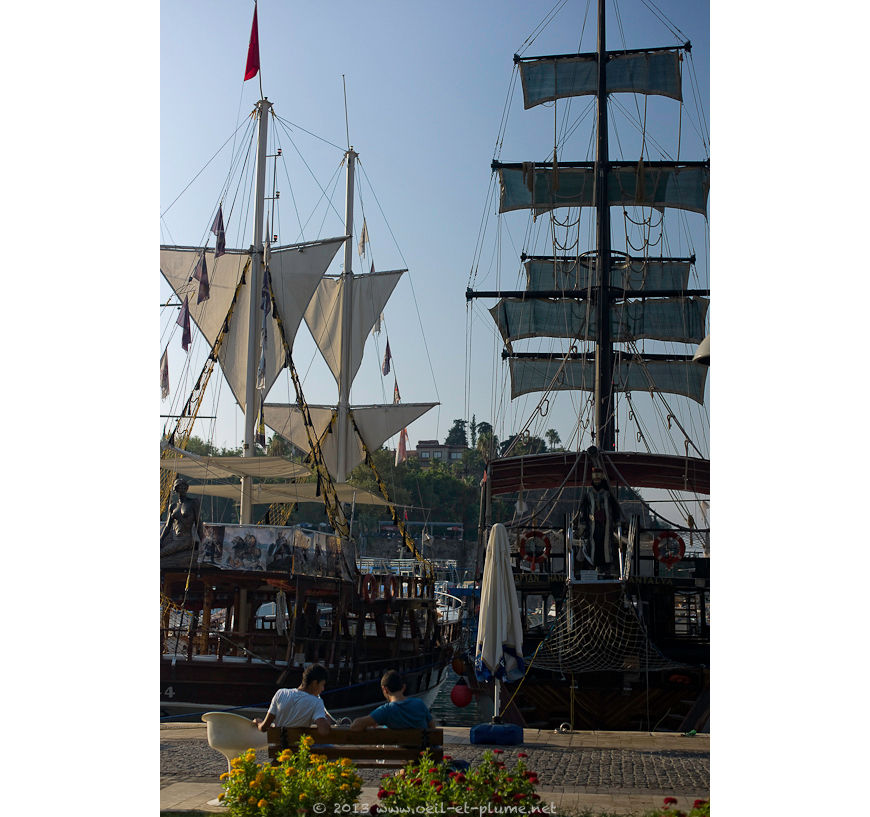 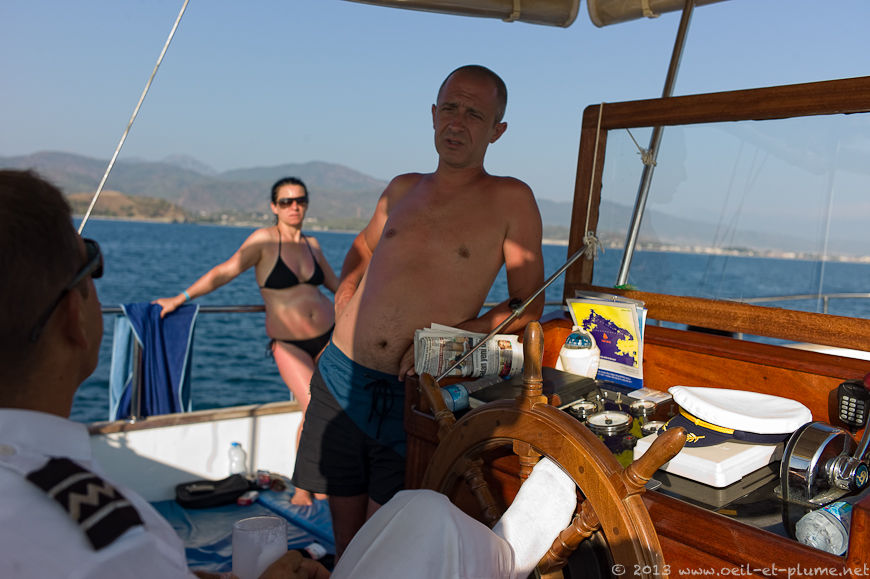 During the Antiquity, Lycia is a strategic area on the trade routes crossing the eastern Mediterranean Sea. Attractive enough to be subdued by successively the Persians, the Macedonians, the Greeks and the Romans.

The Turquoise Coast was also called the Pirate Coast. The mountainous rugged mainland, the myriad of small islands and hidden bays, provide ideal cover and safe haven to sea vessels. On the coastal line, abundant pine and oak forests feed traditional boat building. Piracy on the Turquoise Coast peaks in the last centuries BC, first tolerated and then crushed by the Roman Empire. It is wiped out only in the 19th century.

The Butterfly Valley close to Olüdeniz more than presumably hosted pirates in the past. I do not meet any pirate there, but enough tourists to retreat up to the Faralya village. Good choice. Ideal location to explore the region, down to the beach through a steep cliff path or up in the Taurus mountain range. The Lycian Way passes by, curious of rural traditional life. I enjoy much those unplanned and unpretentious walks, full of surprises and social encounters. 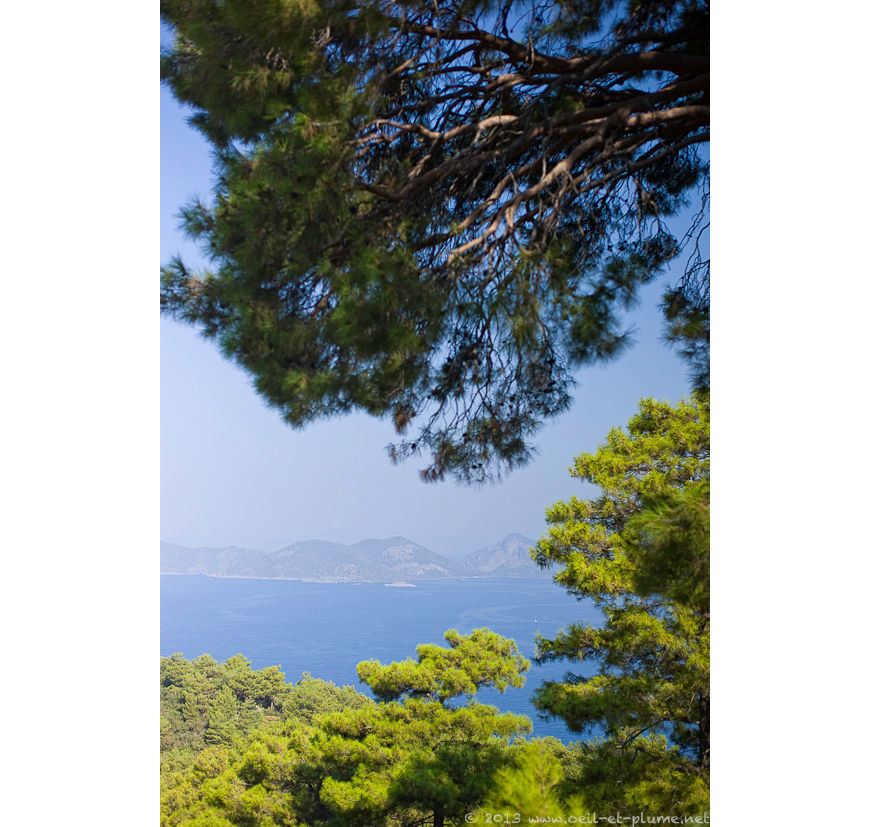 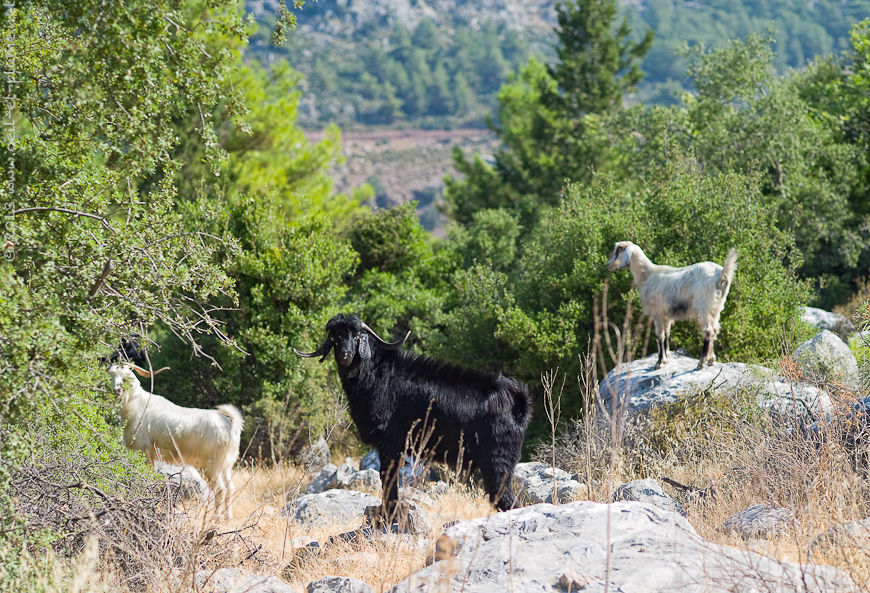 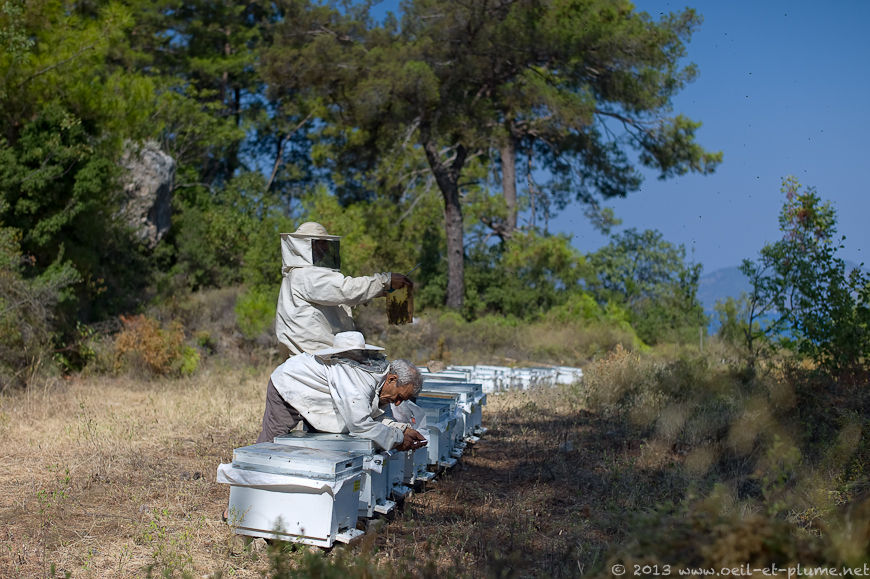 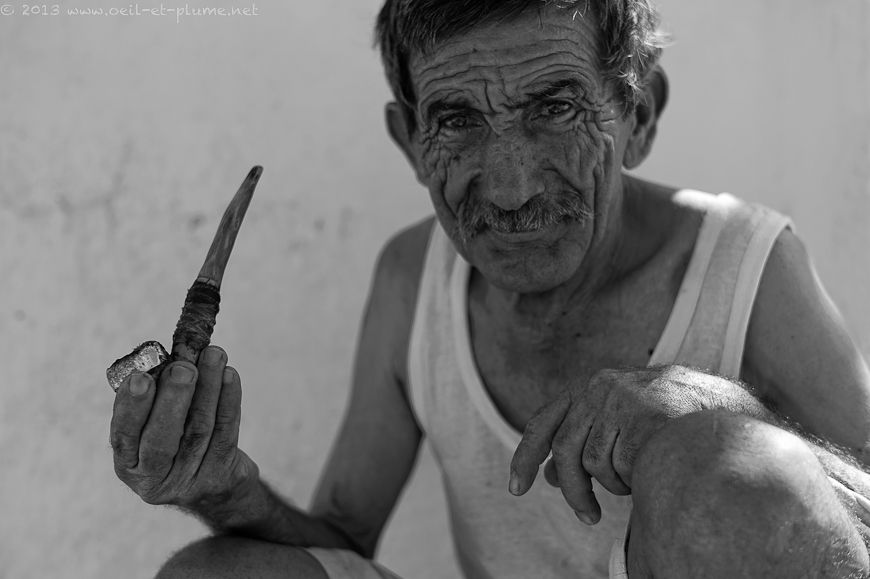 Back in Faralya, it is time for my hosting family to prepare the paprika, and for their guests to relax above the Butterfly Valley, to taste the delicious local honey, to sip a drink or to fall in love. 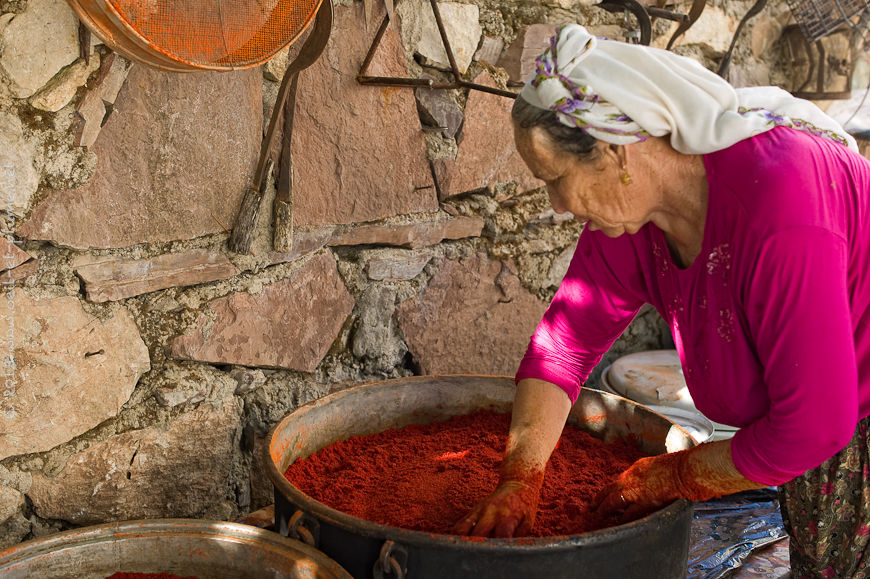 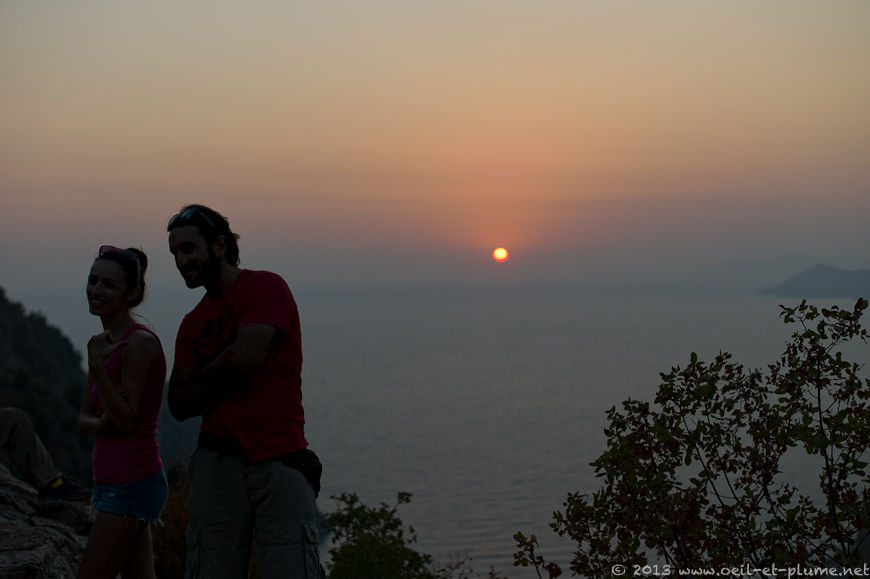 Feeling so well in Faralya, I reluctantly set off for my next journey. In order to reach Kas the same day, I opt for a vintage motorbike with ample storing capacity for my luggage. Tremendous experience. 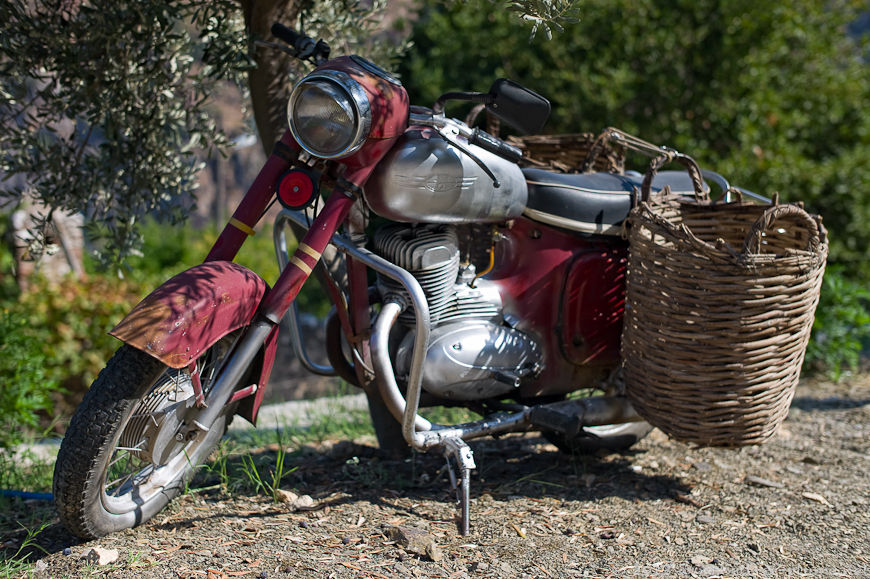 On my way, I snob the famous 12-km long beach of Patara. Travelling is made of choices, unfortunately. Patara is also full of Lycian ruins, amongst them the open hemicycle that hosted the Lycian League assembly.

During the Antiquity, more than twenty city-states located in southern Anatolian join forces to run matters of common interest. From 205 to 43 BCE, they set up a pioneering federal system of government with proportional representation under Roman indirect rule. At the federal level, cities-states are granted voting rights according to their size. Their locally elected representatives meet in Patara to discuss economic, fiscal, legal and administrative policies, while security and political matters are handled by the Romans.

In 43 BCE, the League is dissolved and Lycia becomes a province of the Roman Empire.

Kas is an important city during Roman Antiquity. It still hosts one of the key harbours along the Turquoise Coast. Although not devoid of charming spots, Kas is too touristic to my taste. However, the location is the springboard to the Greek island of Kastellorizo and further east to other beautiful and quieter places. 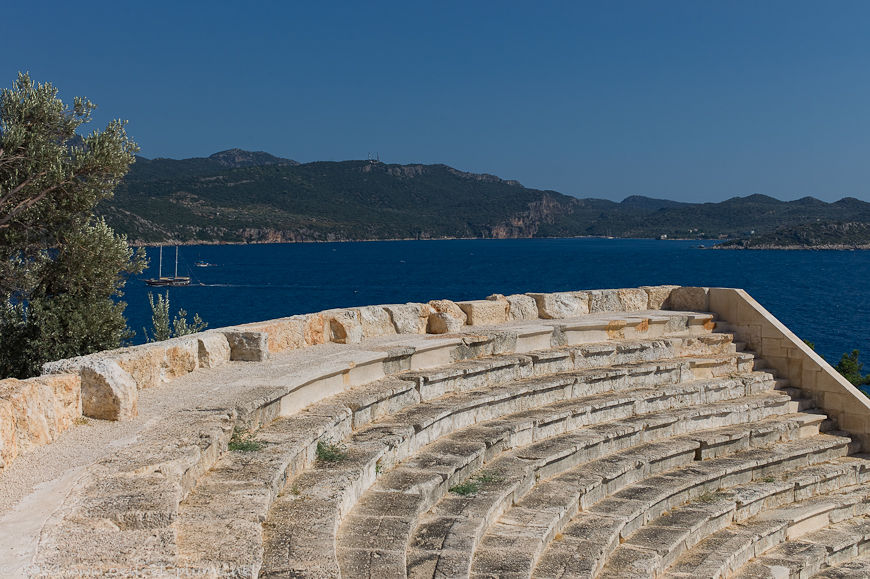 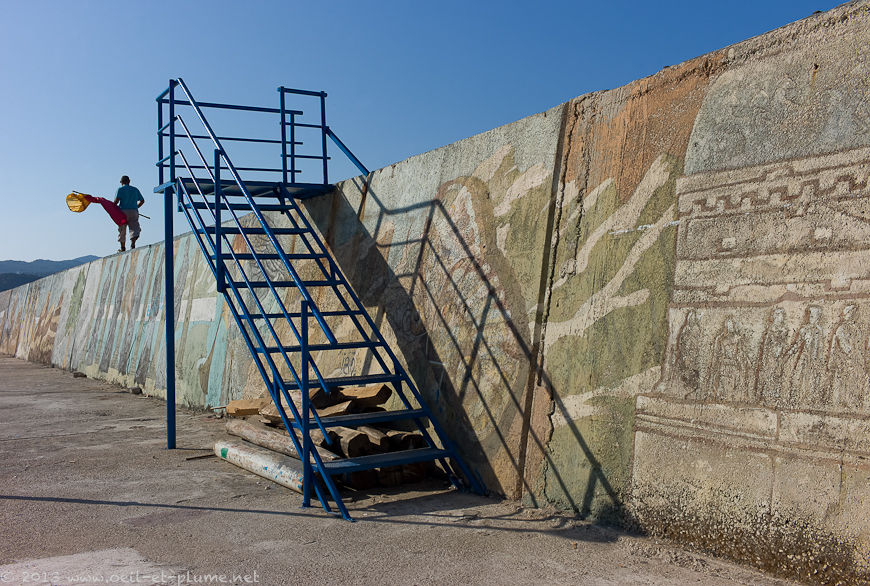 After my day-trip to Kastellorizo, I board another boat to visit the surroundings of Kekova Island. Famous for its sunken city, Kekova is less interesting to me less than to archaeologists or geologists. Anyway, tourists like me are not allowed to set a foot on the island.

Kalekoy, a protected village on the shore of a nearby island, is fits much more to my taste. I can approach my first Lycian tombs, open and emptied long time ago. 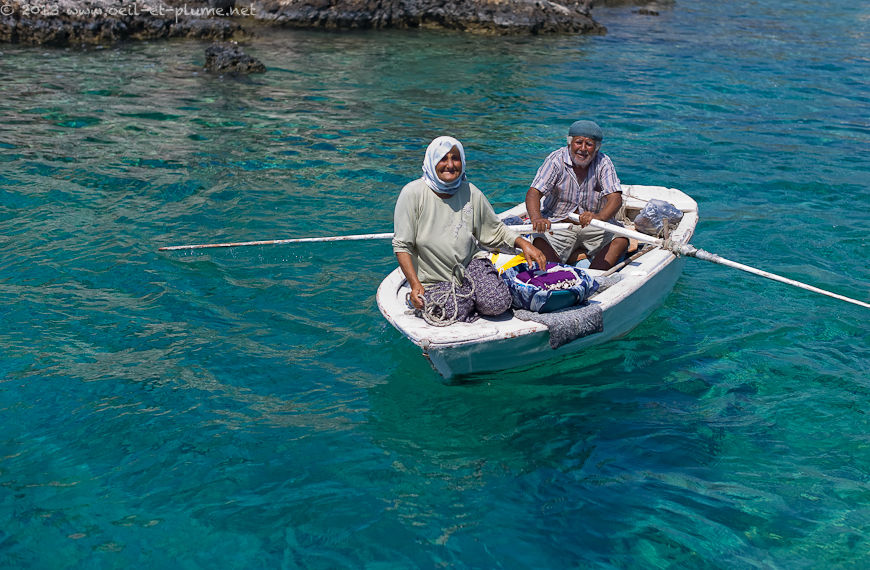 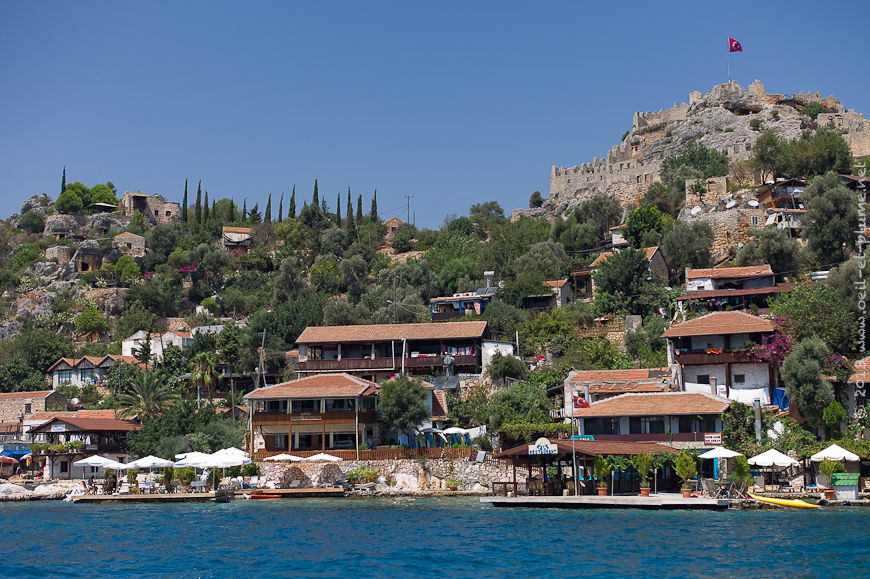 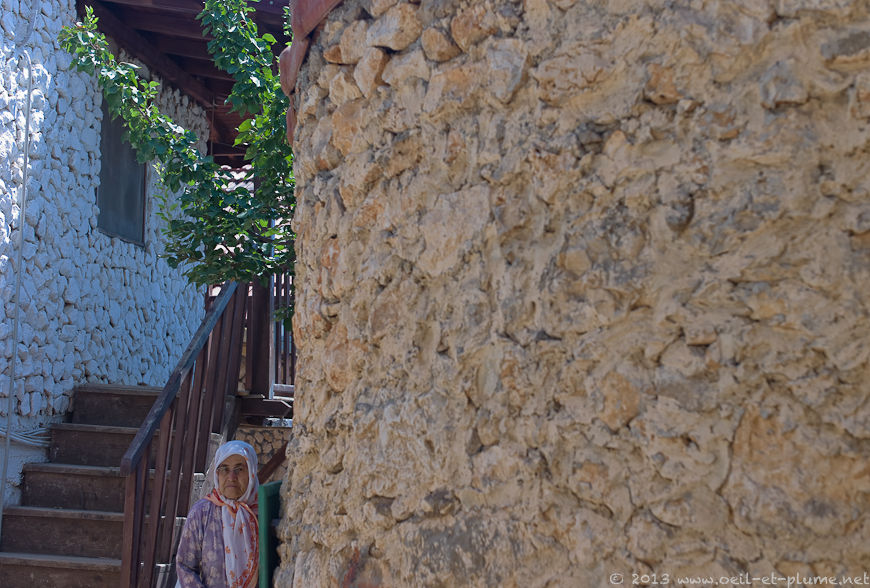 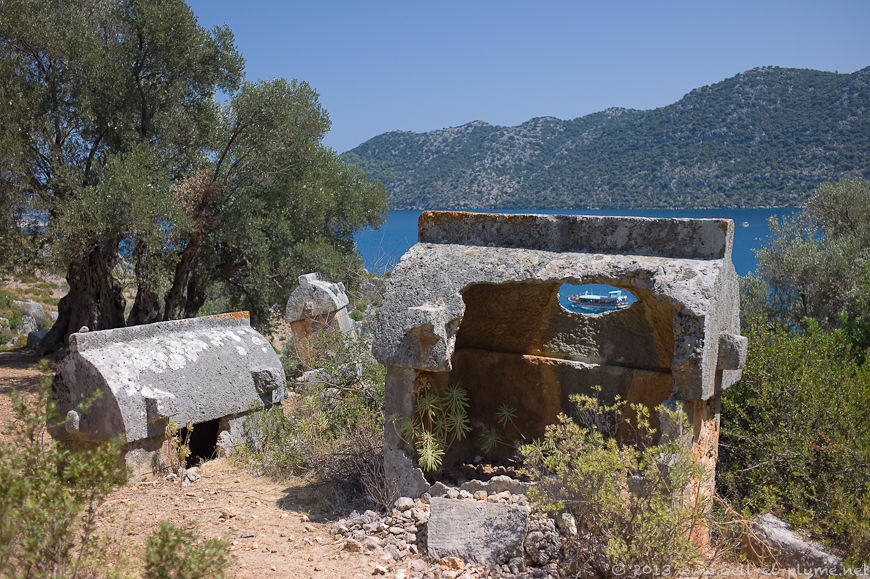 Upon my request, my boat captain drops me in a smaller village located a few cable lengths away from Kalekoy. Ucagiz will host me for a few marvellous days. Not much done, but enjoyed so much the gorgeous sea scenery and the local small-scale life. 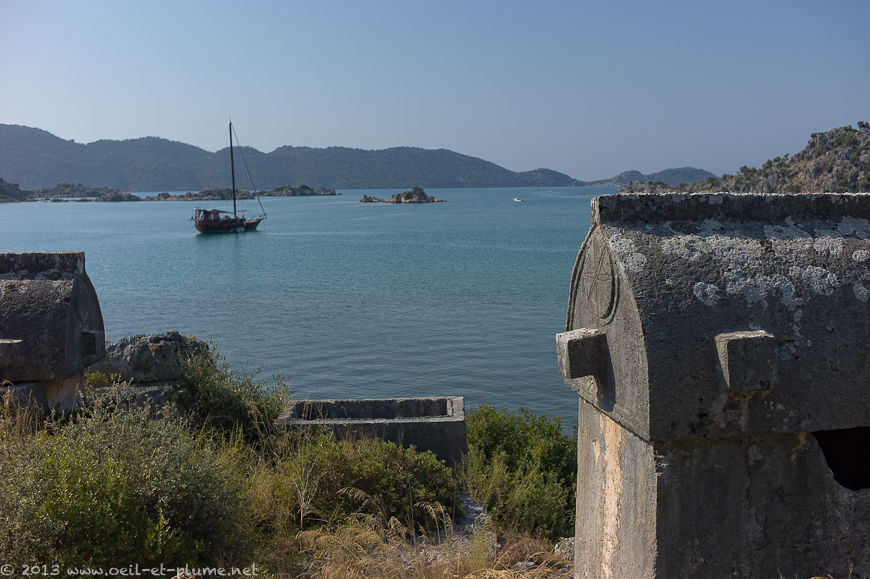 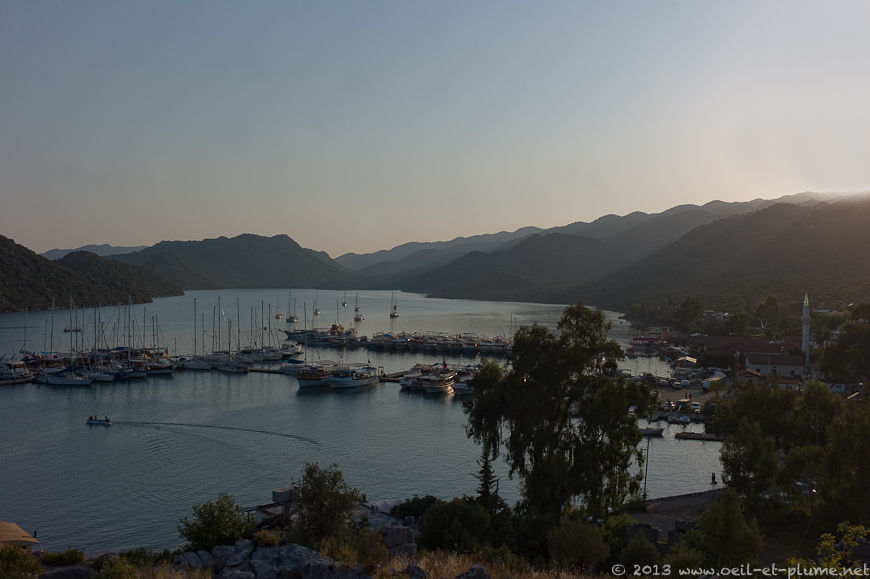 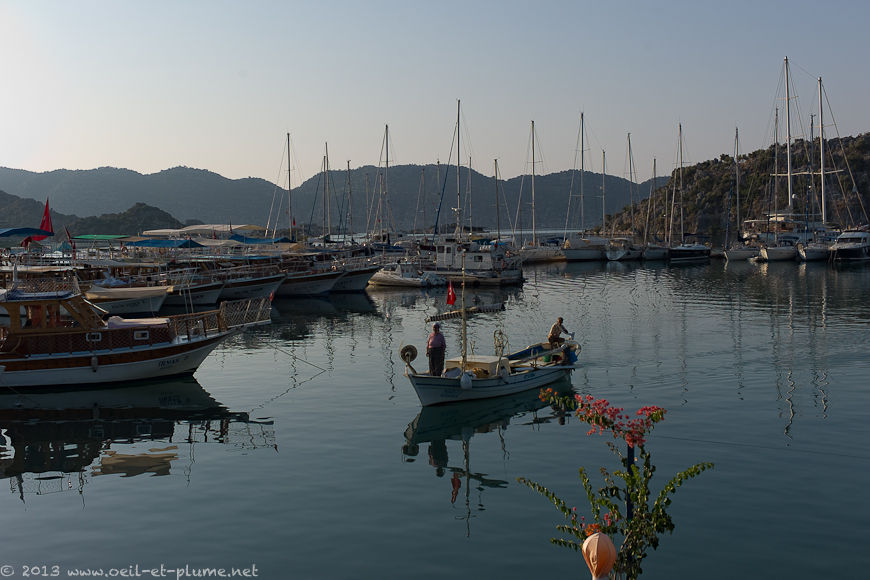 Even the local boat captain nicknamed Rambo exhales the local flavour of quietness and peacefulness pervading Ucagiz. My only worry there consists in arranging my transportation to my next stop on the Lycian way. Local minibuses (dolmuts) will do the job. 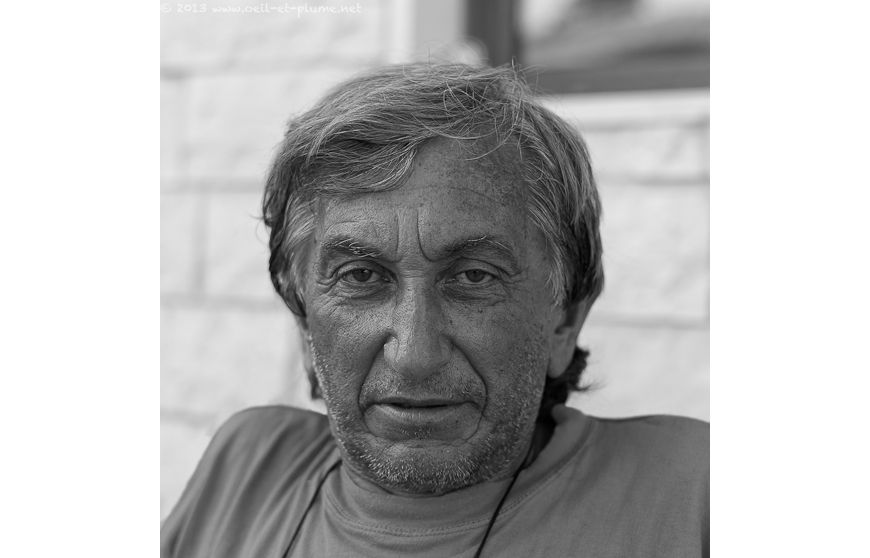 One of the main members of the Lycian League, the flourishing Olympos is often raided by pirates throughout the Antiquity.

I don’t stay in Olympos for visiting the nearby flames burning out of the ground or to settle in a bungalow perched on a pine tree, but to check on the fate of what used to be a famous place of alternative culture during the 1970’s.

No surprise, that baba cool ambiance is long gone, washed away by flocks of tourists who populate the narrow valley leading to the seashore. Tree bungalows, one of the mythical features of the baba cool era, are rare nowadays despite the high concentration of accommodation options.

Fortunately for me, the Lycian Way crosses discretely the touristic area to escalate the mountainous surroundings. Therefore, my way mirrors the Lycian Way for a couple of beautiful hours. Pine and cedar forests are amongst my favourite ecosystems for their distinct and delicate scent, for the particular rustling of the air in the branches, for the unique soft carpet woven by fallen needles. 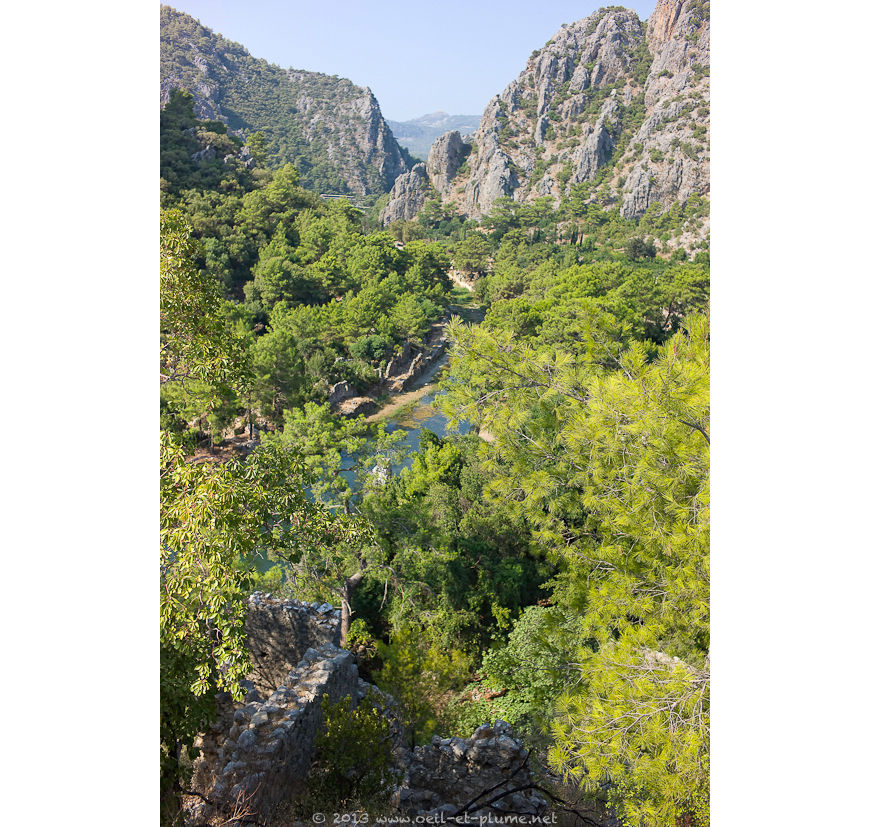 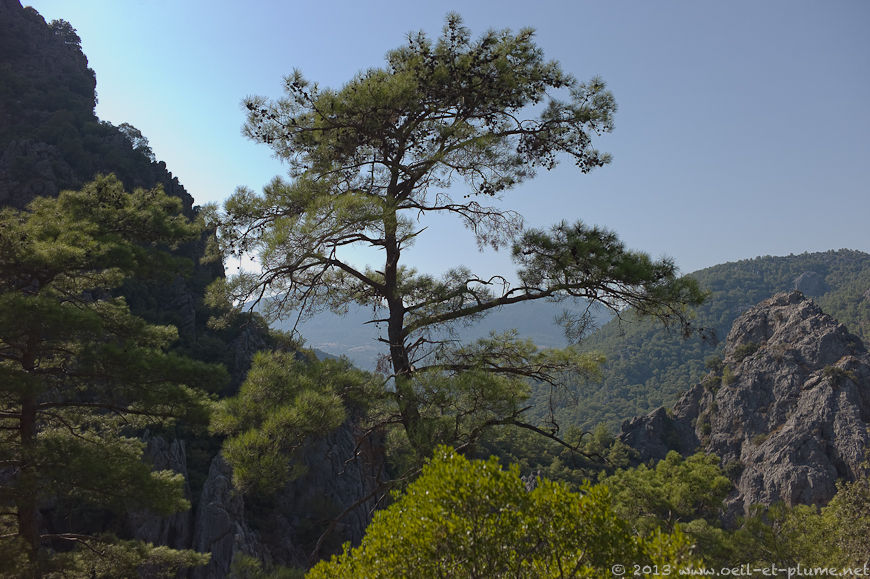 Thirst brings me back to the bottom of Olympos valley. The area is full of historical artefacts ranging from Lycian sarcophagus to Roman amphitheatre, bathhouse, and aqueduct, not to mention fortresses built later by Venetian and Genoese troops. 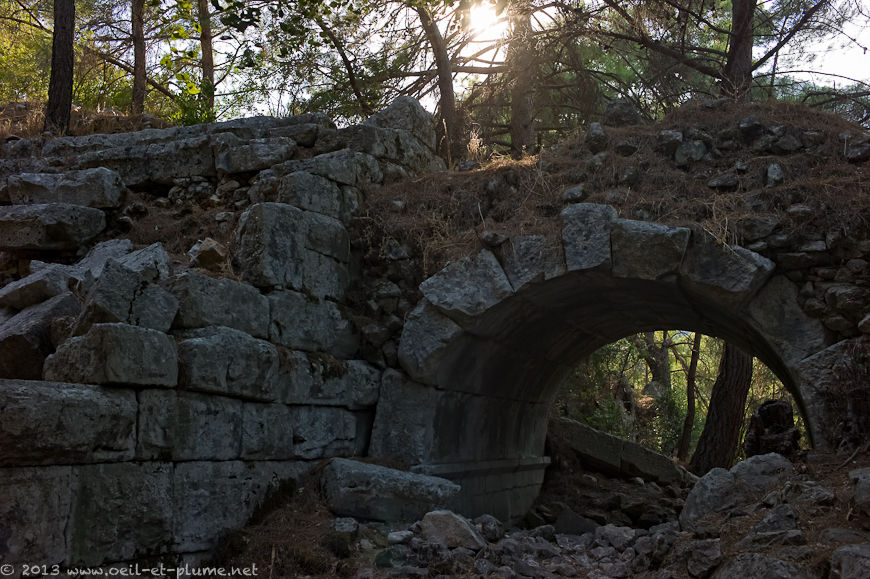 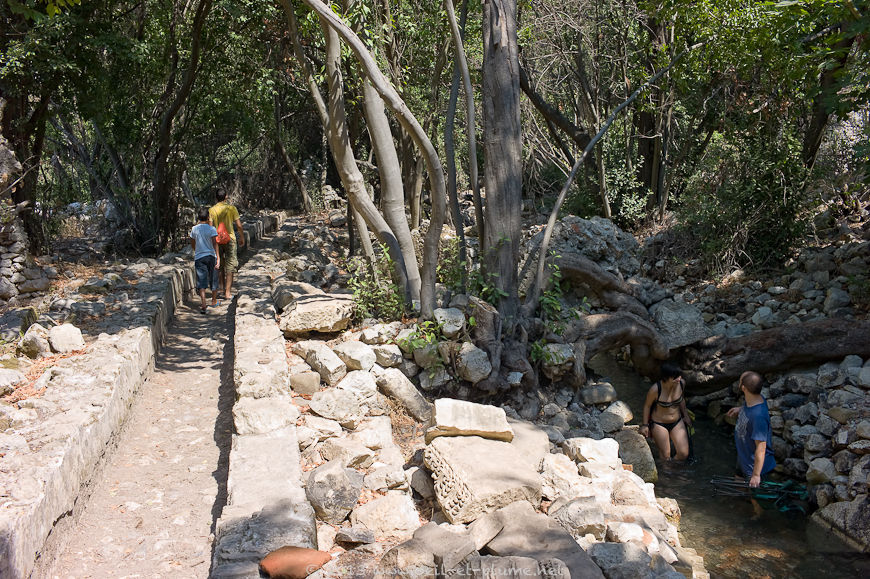 The appeal of the Mediterranean Sea is stronger than my avoidance of touristic crowds. In selected hours, the beach is more than attractive, wide and long enough to appear nearly empty. Underwater ground is soft, water is deliciously cool and calm, air is warm. So good! 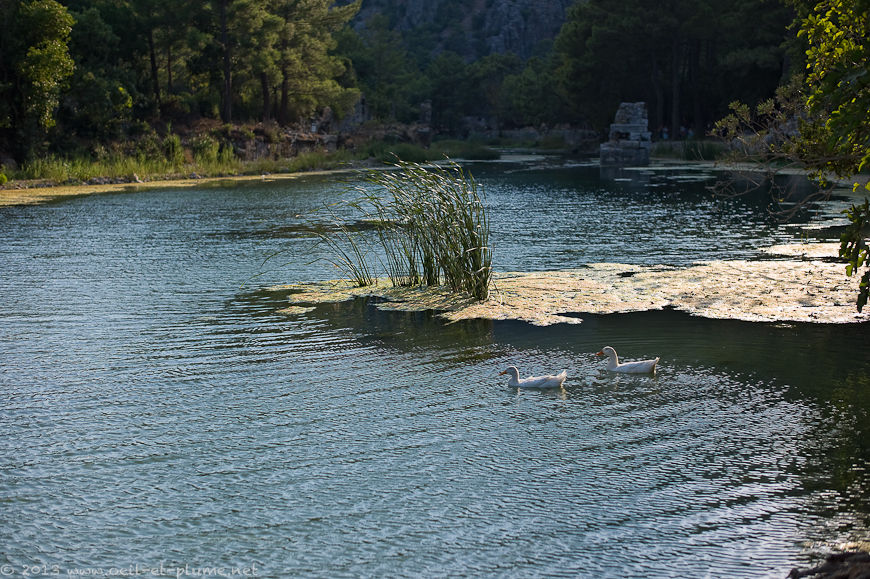 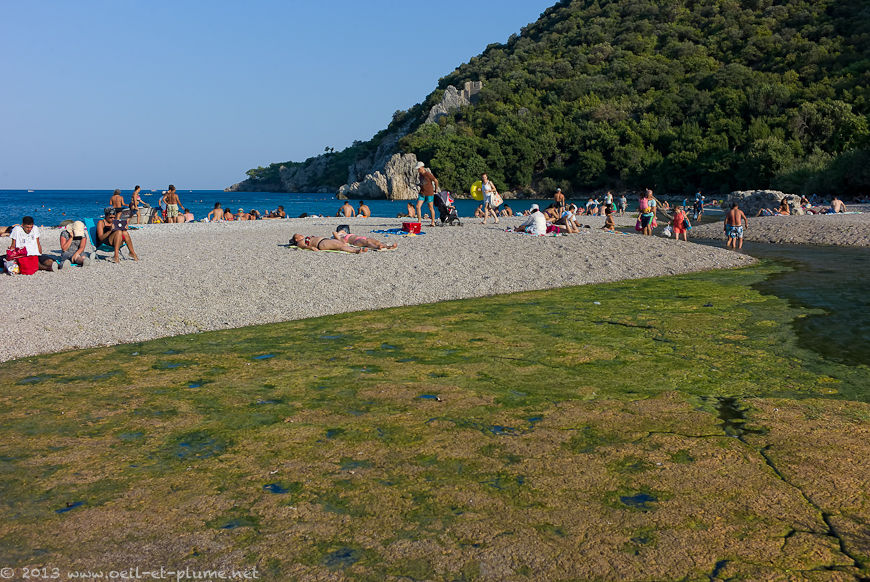 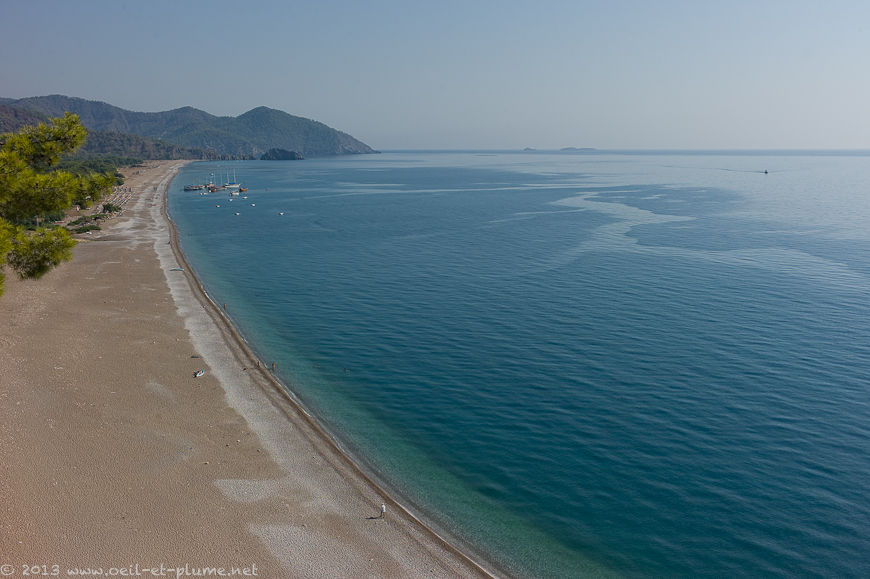 Antalya constitutes the final stage of my Lycian Way. Large port city, Antalya cherishes its historical area as a touristic gem. Hotels, restaurants and shops make most of the old town nowadays. Lovely still. However, I spend more time in other parts of Antalya to document street life as well as port activity indeed. Early morning, the port is yours. 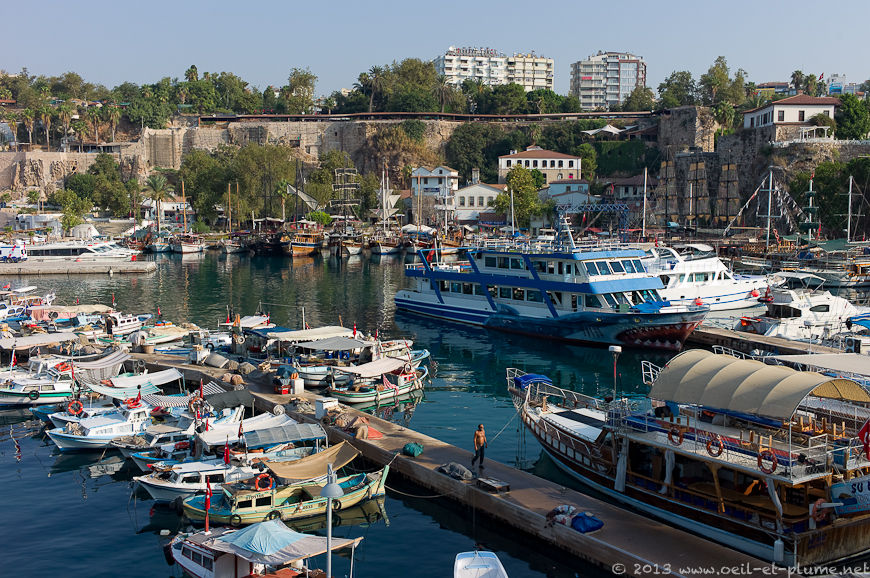 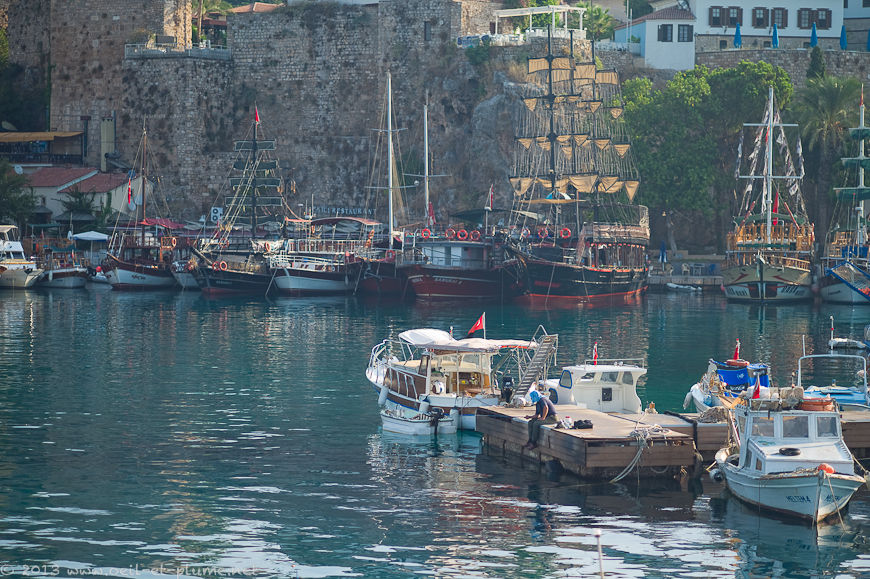 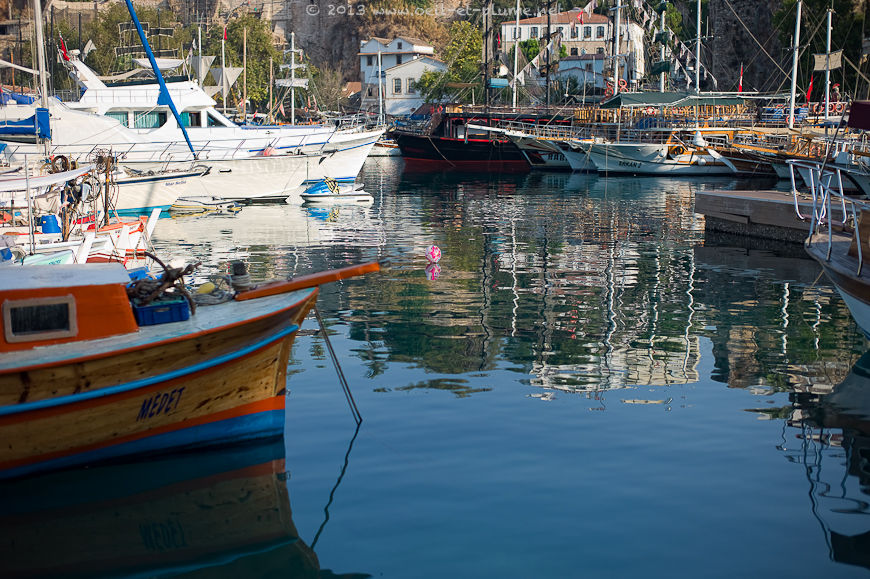 So is my way to experience the Lycian Way. My way included foot, boat, motorbike, and bus transportation.  I forgot mentioning that I drove a vintage squad as well. 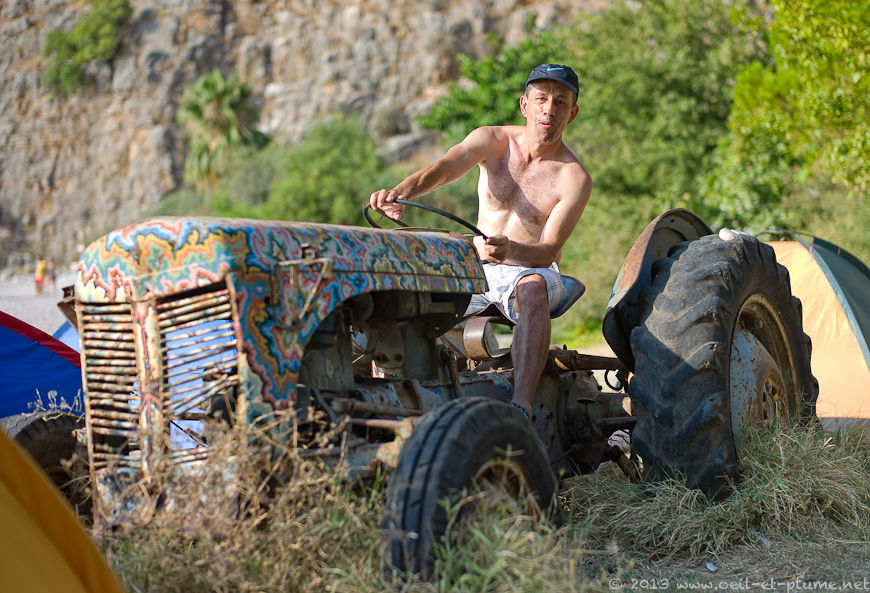 Next time, my Lycian Way will be greener. I will be more trekking on the trails, providing suitable climatic conditions and personal equipment.