At the crossroads of Europe, Asia and Middle East, Anatolia witnesses since ages perennial flows and mixtures of various people and cultures.

In Cappadocia, I learn about a former Greek-populated village located near Göreme. Mustafapasa is still widely known locally as Sinasis – its Greek official name until the First World War (WWI). I am also told about Castellorizo. Nearby the Turkish port town of Kas on the Mediterranean coast, Castellorizo was long under Ottoman rule. This is more than enough to raise my intellectual curiosity and to visit both places.

Anatolia is derived from a Greek word meaning ‘sunrise’ (East), to echo the strong Greek stake over Asia Minor since the Antiquity. The Macedonian Alexander the Great conquers Anatolia in the 4th century BCE. Follows an hellenisation process. Greeks migrate into Anatolia; Greek language gradually supplants the local dialects. Moreover, christianity flourishes in the first centuries of our era (CE). Between the 4th and the 11th centuries CE, western and central Anatolia are predominantly Greek-speaking and Christian.

Originally from central Asia, the Seljuk Turks subdue most of Anatolia in the 11th century. Turkish language and Islam spread over Asia Minor starting from that period.  However, the region remains profoundly multicultural until the recent times.

Reverse migration of Orthodox Christian Greeks from Anatolia to Greece starts early 19th century, alongside with the slow decline of the Ottoman Empire. Several hundred thousand Greek-speaking Anatolians are killed between 1914 and 1923 as a result of a policy of cultural cleansing. Many others take refuge in Greece.

Officially to protect Orthodox Christian Greeks in the region, Greece invades central Anatolia in 1919 but is defeated by the Turkish National Movement in 1922. In 1923, a population exchange takes place between Turkey and Greece following a bilateral treaty signed in Lausanne. Religion and not language is the main criteria used for the swap. The treaty formalises to a large extent an existing situation, as most of Christian Greeks had left Anatolia before 1923.

Nowadays, Greek language survives in small spots of Anatolia, profoundly influenced by Turkish language. Mustafapasa is one of them.

This is what history books tell me. More pragmatically, I need to arrange my transportation from Göreme to Mustafapasa. Horse riding would be an option. In Turkish language, Cappadocia means ‘the land of the beautiful horses’. When Persia ruled present-day Cappadocia, the region was famous for its horses. 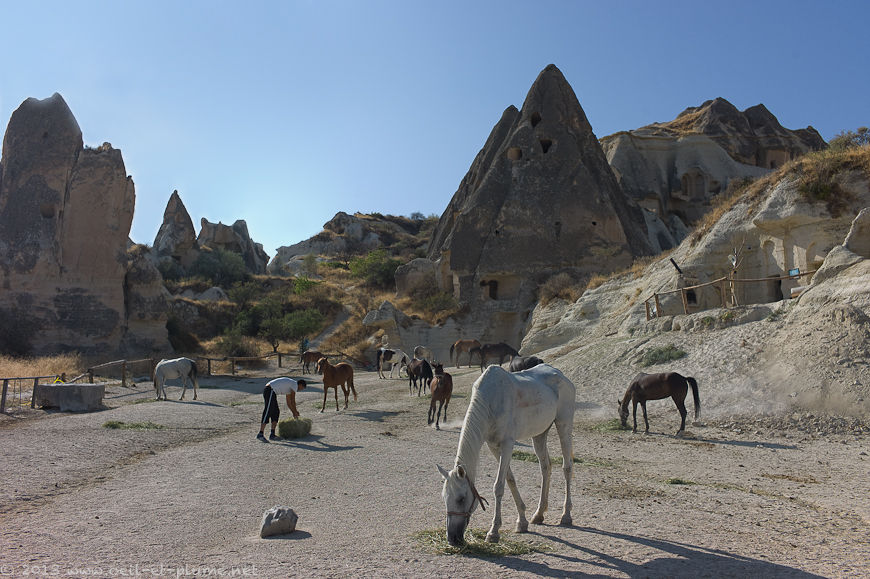 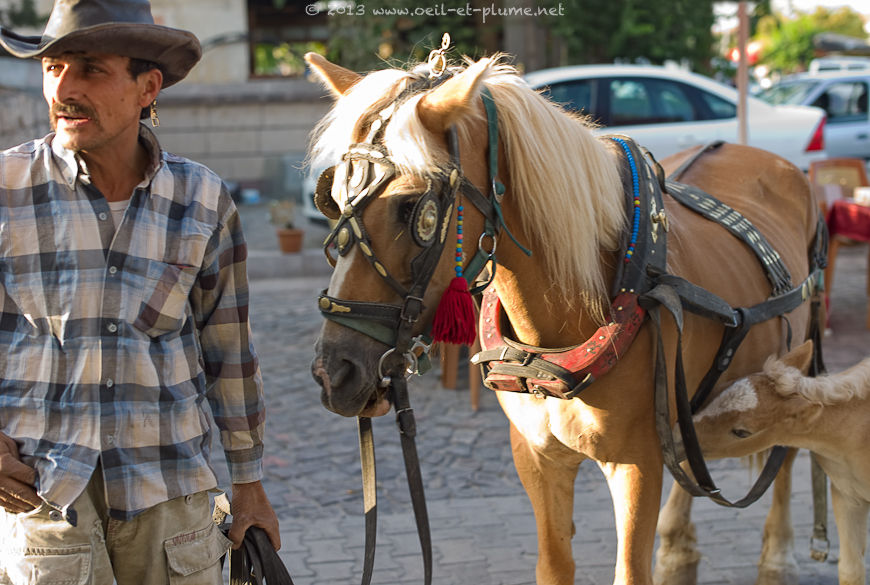 Unfortunately, I am not proposed any suitable horse. The best candidate, a strong mare, is still busy with her baby horse. Looking then for vintage horsepower, I choose a tired motorbike that proved to be just fine for me. 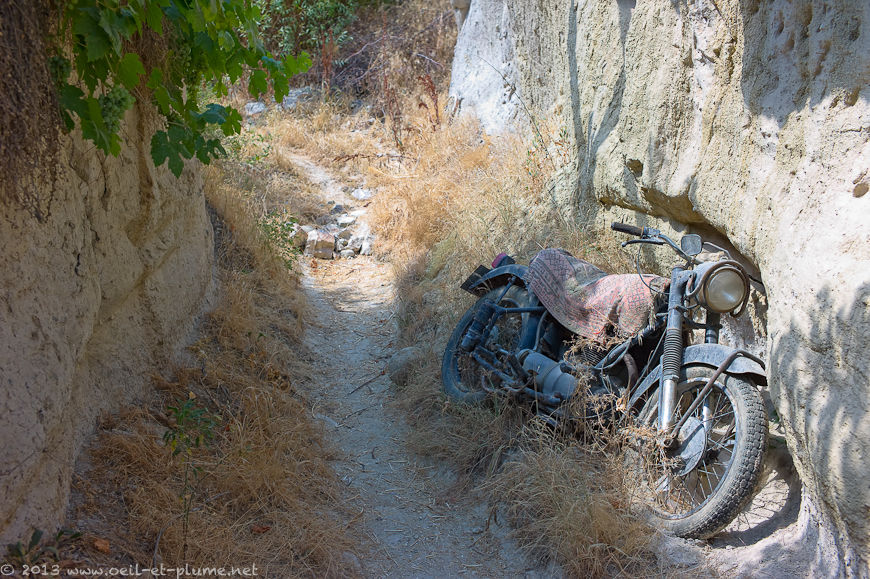 Mustafapasa is not that different from any other Anatolian village, let aside a particularly strong laid-back, slow-pace and hedonist atmosphere. Local males heavily populate local teashops even during working hours. Not all of them, luckily for my lens. 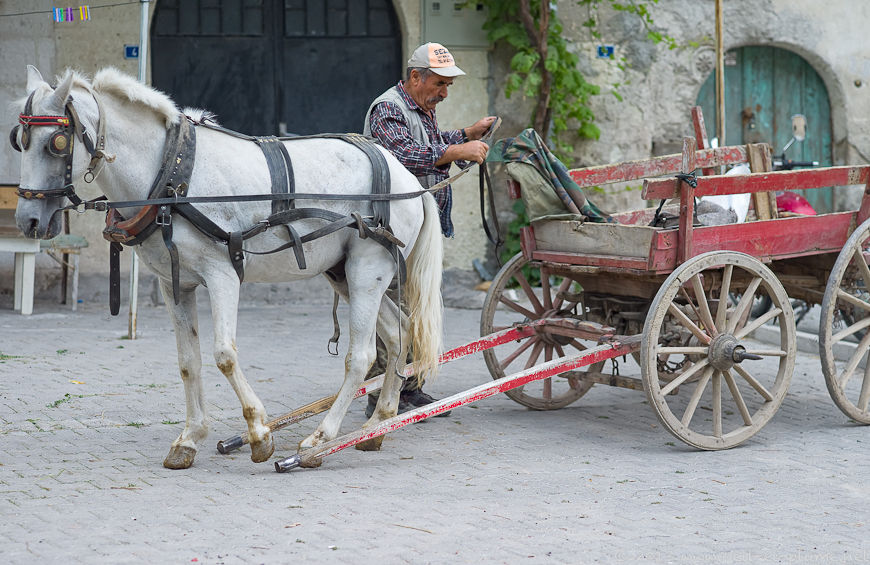 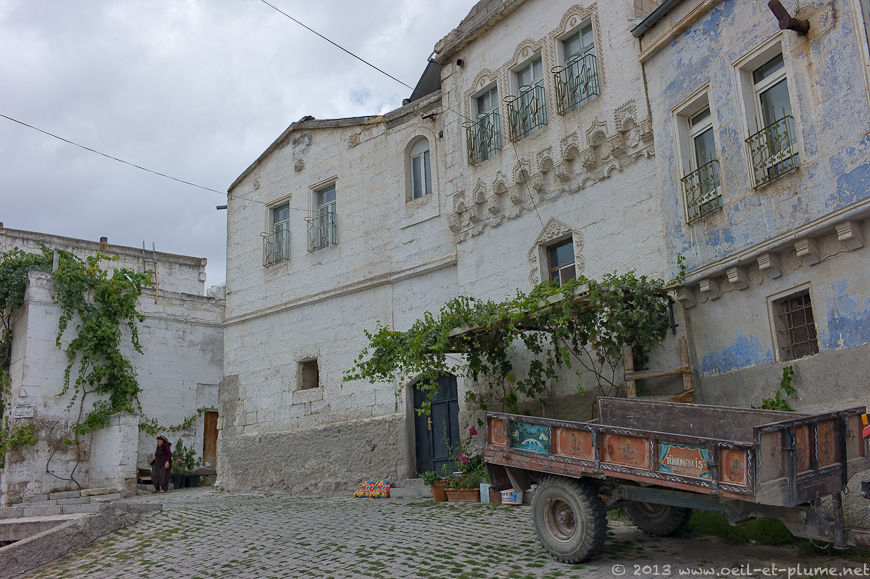 Mustafapasa was obviously prosperous in pre-WWI times, considering a couple of beautiful mansions built by wealthy merchant families. One of them hosts nowadays a famous restaurant. The most obvious Greek architectural footprint is to be found in the main church. 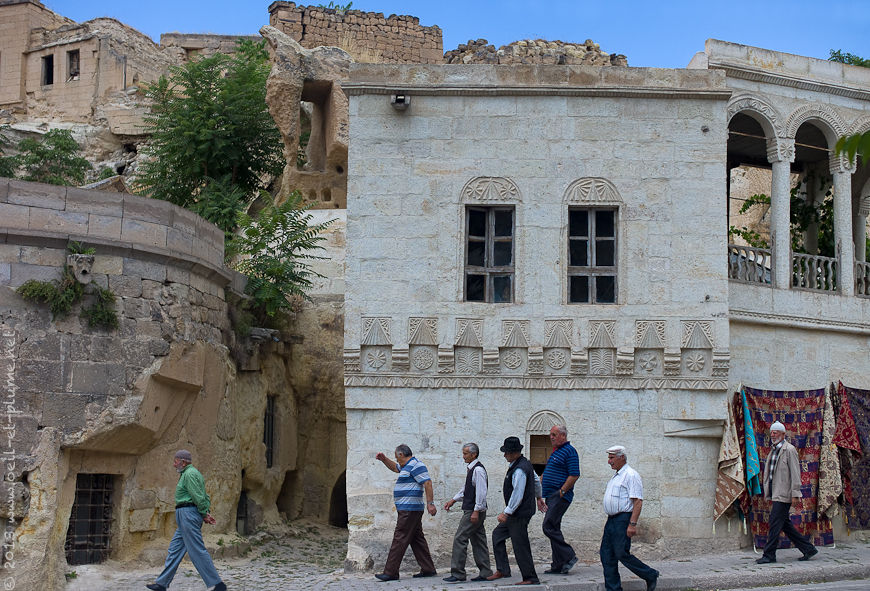 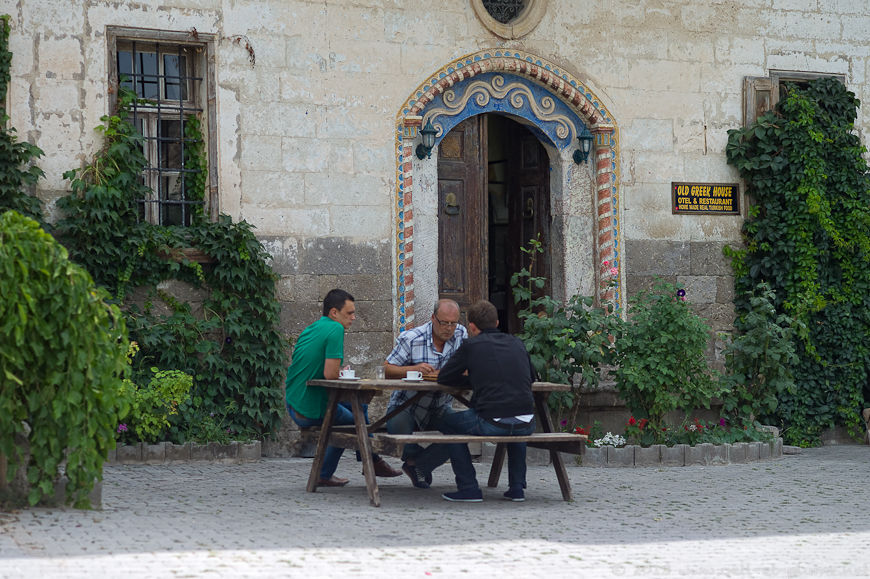 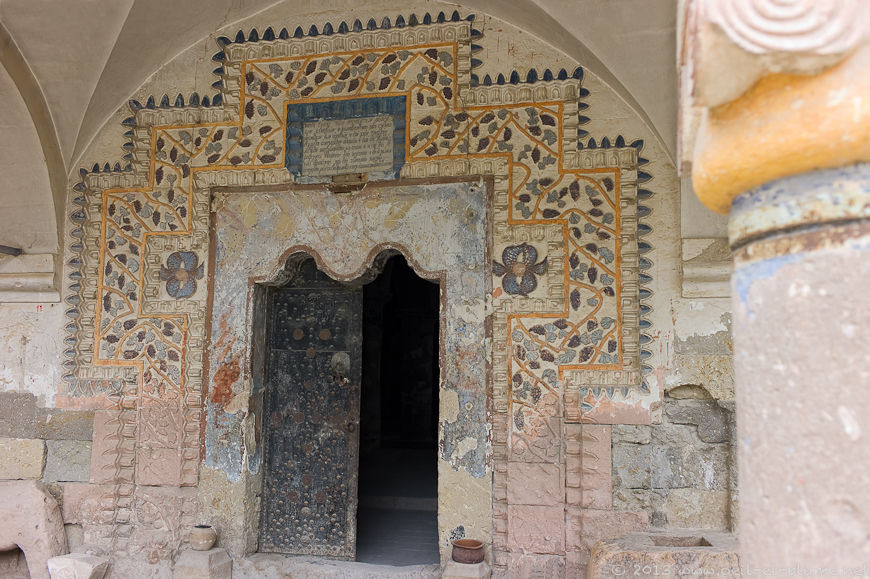 A prolonged stay in Mustafapasa would have identified probably more subtle forms of local Greek legacy. Anyway, it is time for me to head to the Turquoise Coast of Anatolia. In Kas seaport, you better ask for Meis – the Turkish name of Kastellorizo. Aboard a beautiful vessel, we reach soon the most eastern Greek island. 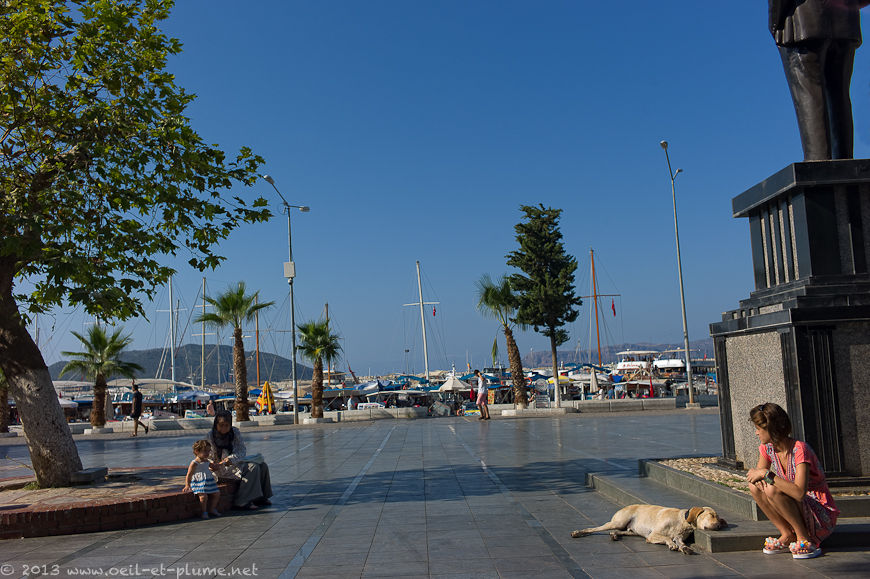 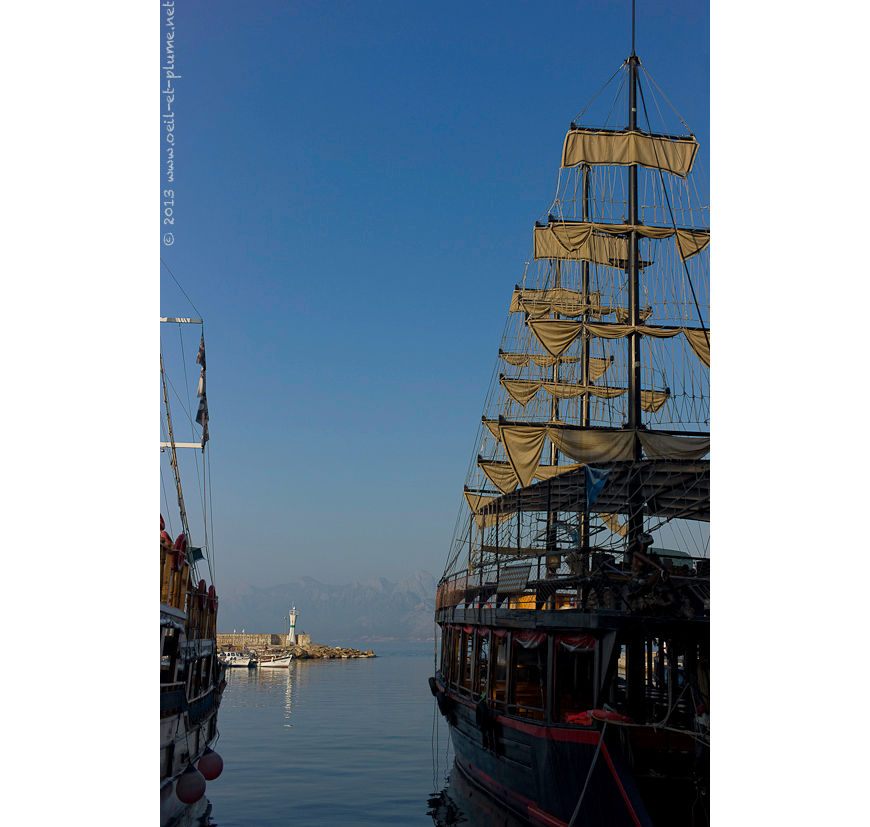 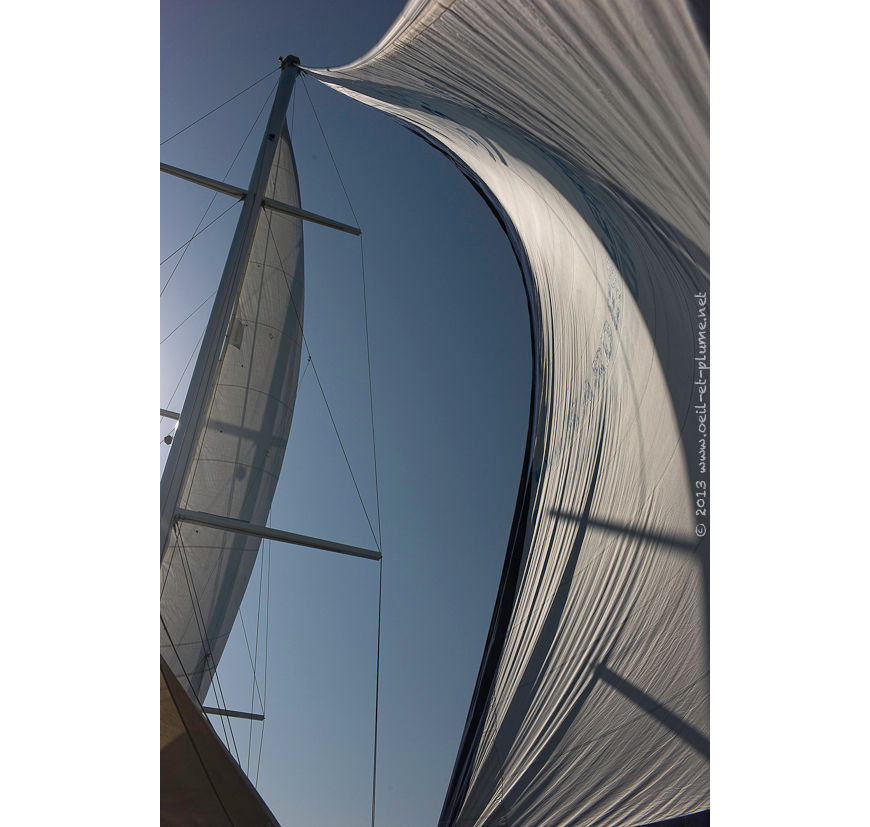 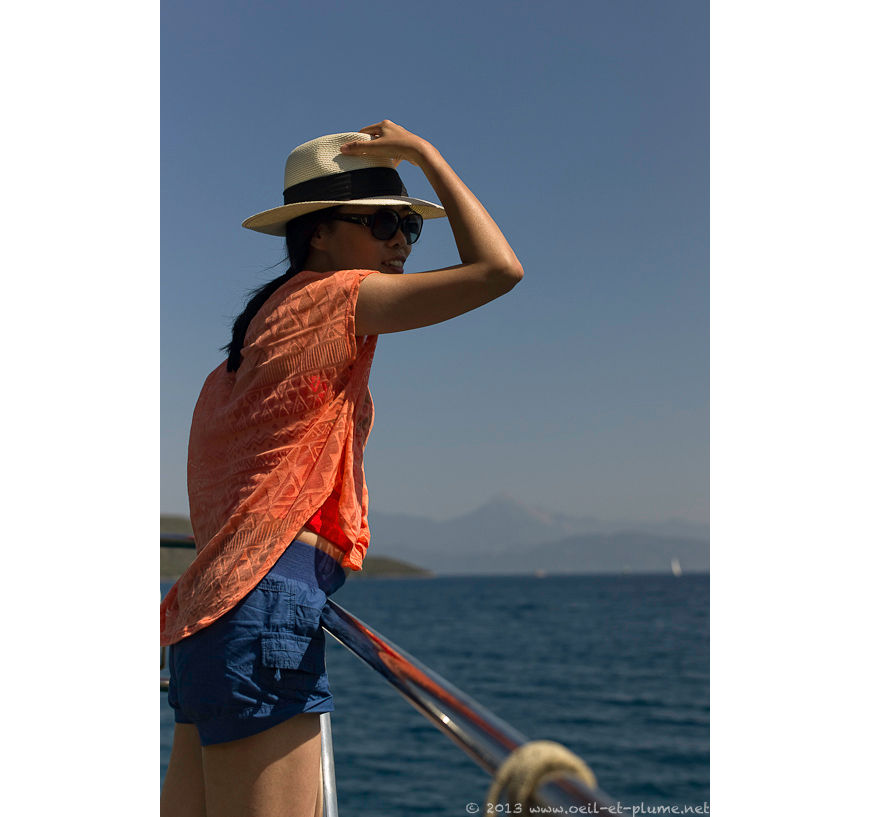 Kastellorizo is built around a superb natural bay. At the entrance of the port, a former mosque reminds the Ottoman legacy. Greek flags proudly beat the air only two kilometres away from the Turkish coast. 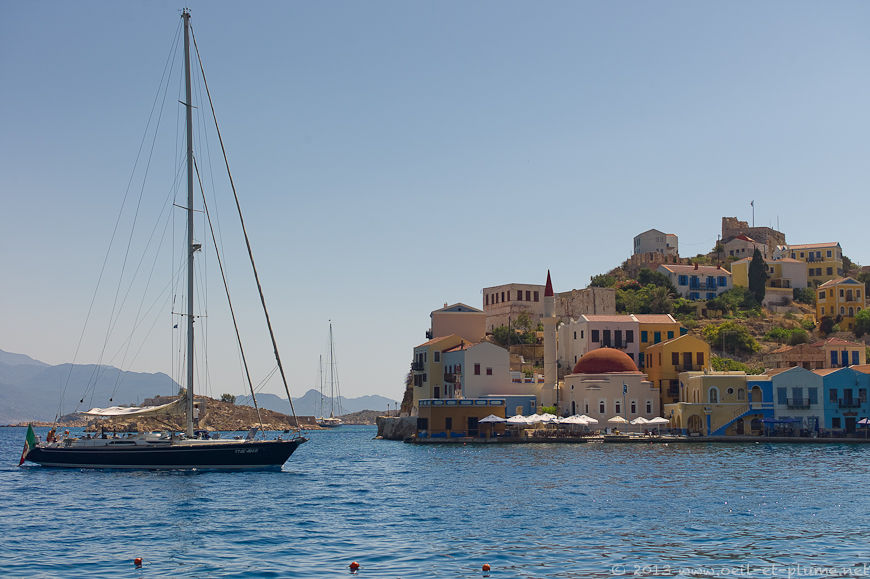 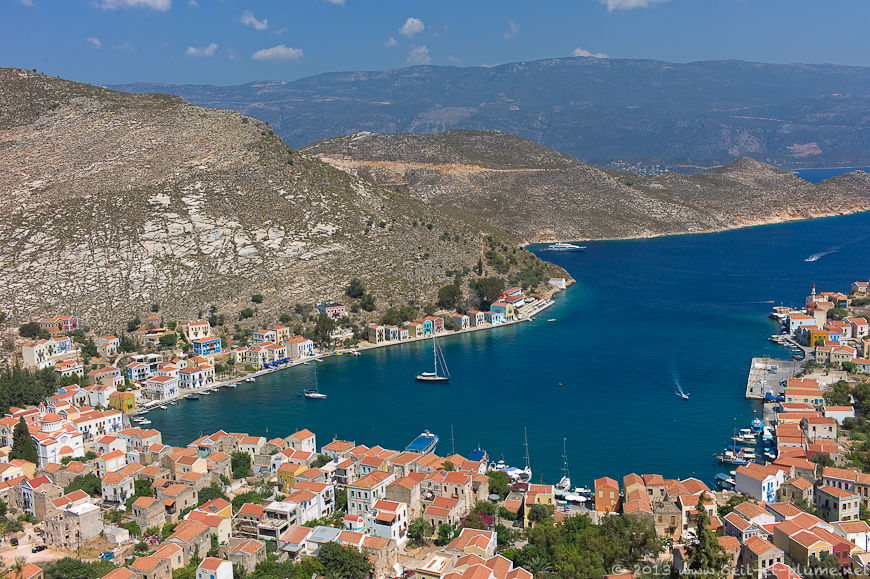 Kastellorizo sounds like an Italian name. First colonised by the Greeks during the Antiquity, the island witnesses numerous foreign takeovers. It is annexed to the Naples Kingdom as early as in the 16th century, before shifting to Ottoman rule. In the wake of the Ottoman Empire crumble, Italy is confirmed its stake over the island through the 1923 Lausanne treaty. Kastellorizo turns Greek only in 1947.

I don’t resist touring the port on foot. On the docks, fishermen are already back from their early morning outing. Local restaurants serve coffee rather than tea, propose moussaka instead of kebab. Welcome to Greece! 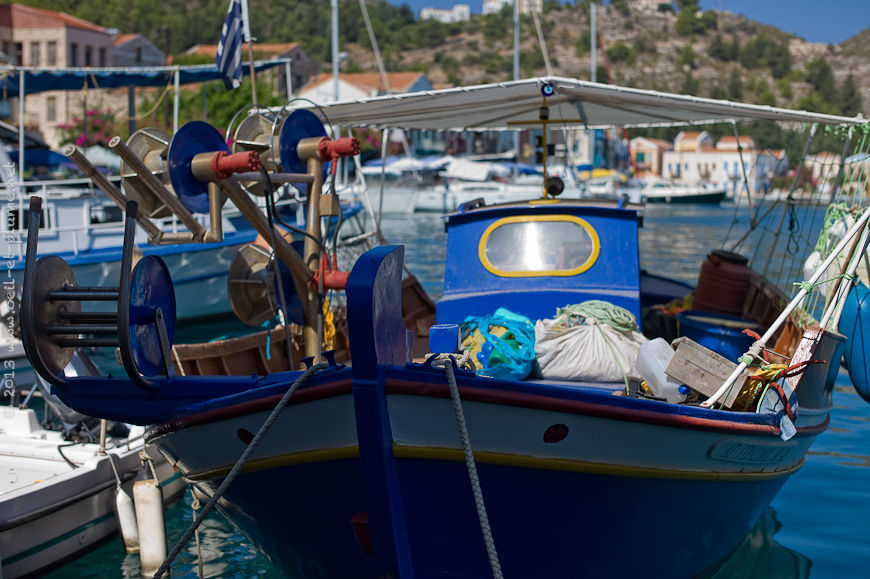 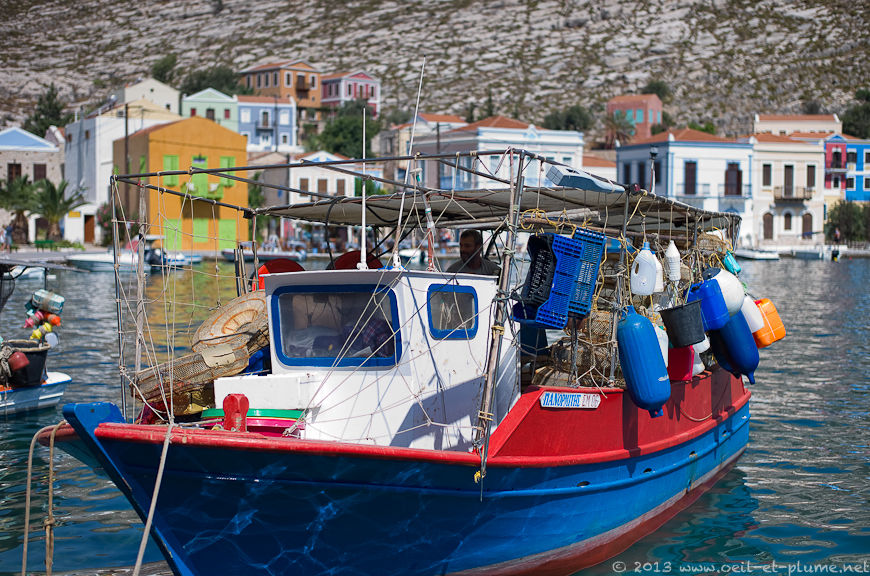 Wine or beer chain-drinkers must love Kastellorizo, as the island lacks endogenous drinking water. No, I am not one of them. My interest lays elsewhere. Behind the first rank of buildings starts the real village with plenty of charming places, interesting corners and odd items. 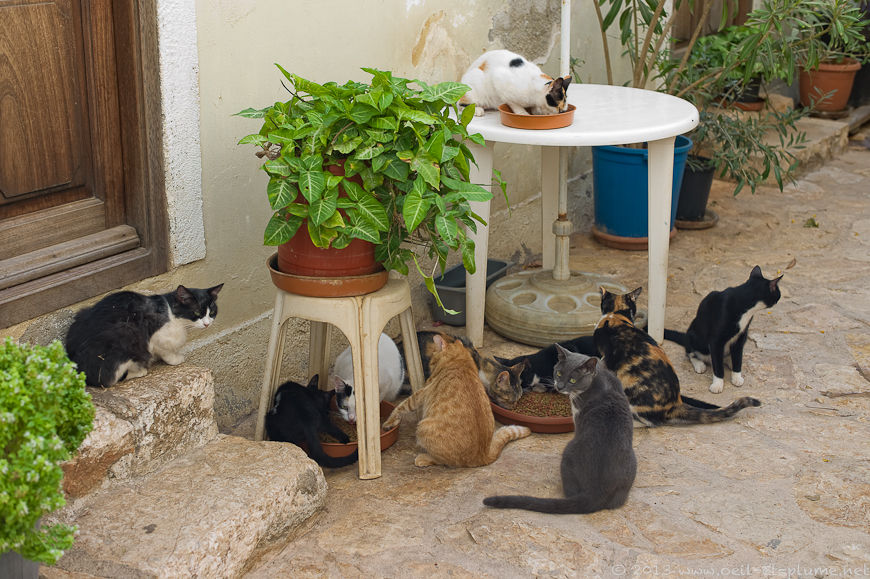 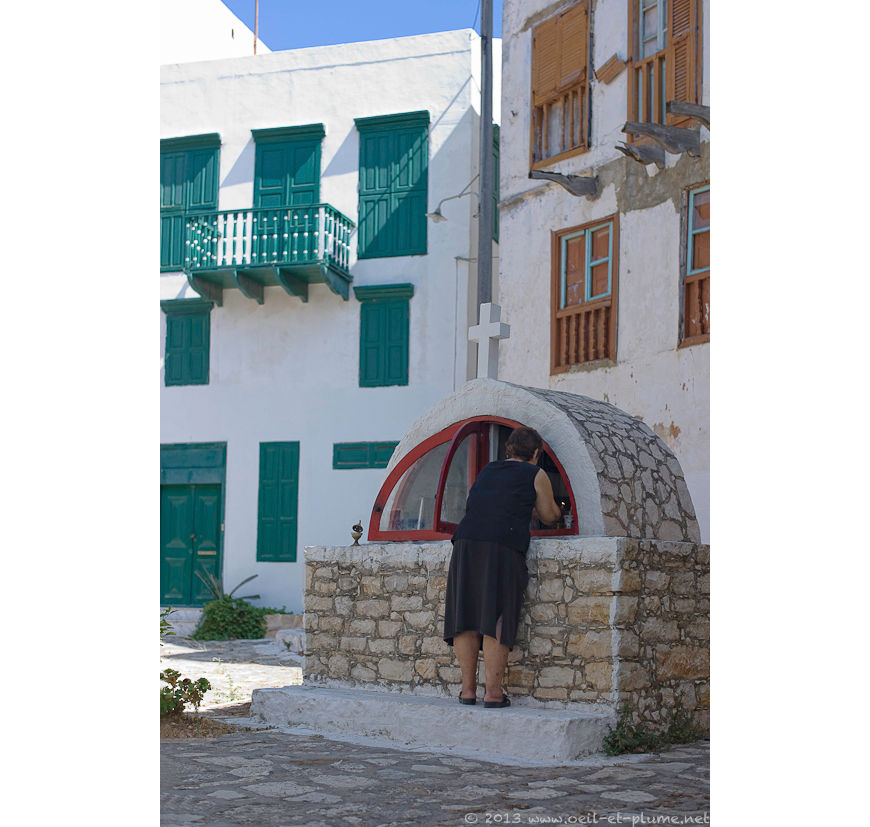 Kastellorizo hosts seemingly more cats than human beings. Today’s resident population is 500, far below its historical peak of an estimated 10,000 reached in the late 19th century. At that time, the island was a key relay on the maritime route between Fethiye and Beirut. That time is gone, even if modern Greek ferries visit the island regularly.

Even economically fragile, Kastellorizo is ton-rich of Mediterranean charm. Ethnologists can walk each of the lanes of the village to document the local lifestyle.

Intrepid visitors can ride beautiful vintage sidecar motorbikes, but should be aware of the spatial limitations of the island.  Less adventurous visitors can enjoy nice and cool verandas. 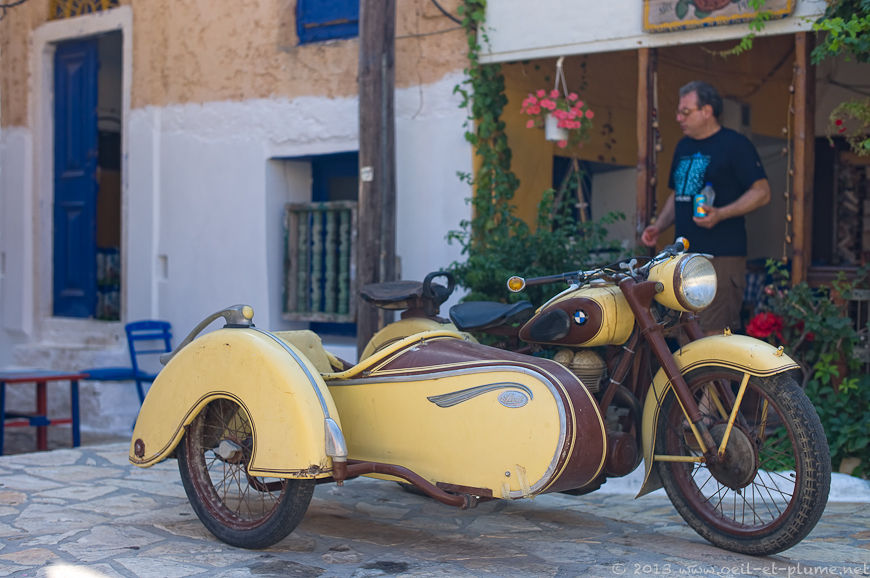 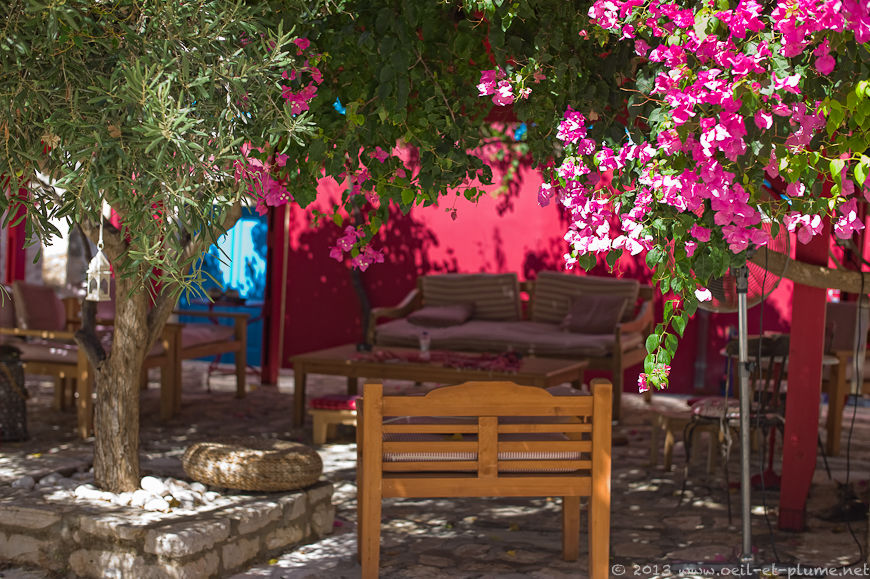 Trekkers can reach the top of the U-shaped mountain range surrounding the bay. Local shepherds live happier than kings up there, savouring daily the quietness of the elevated plateau, not to mention the sweeping sea views. 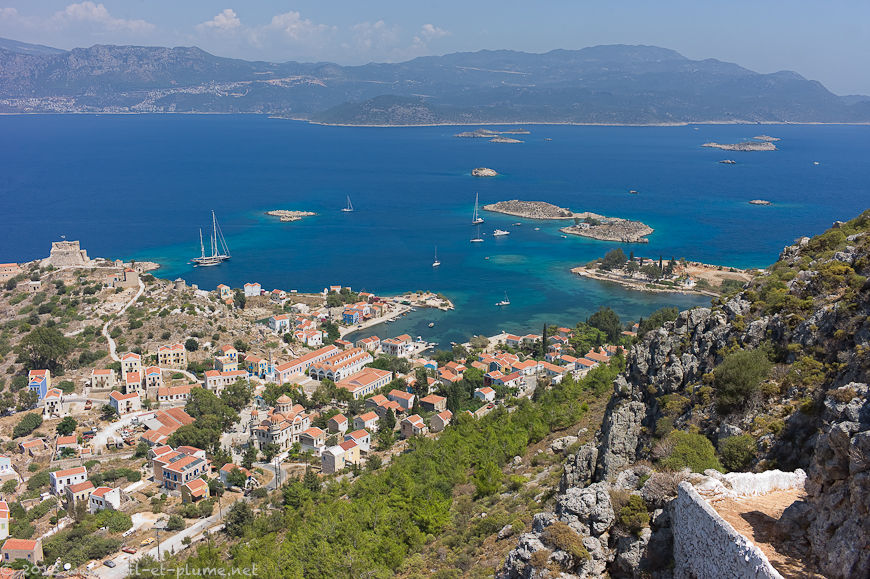 Swimmers can exercise within the port or in nearby pristine natural beaches. 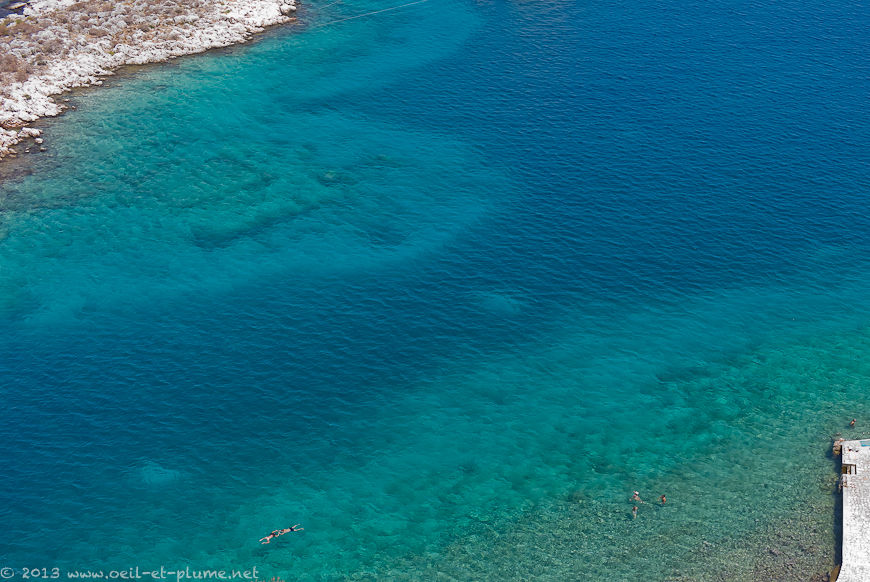 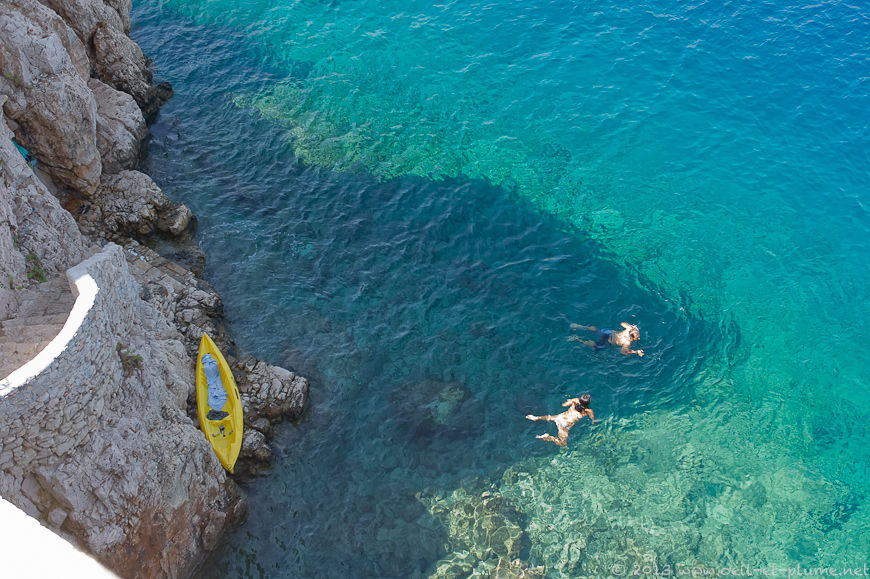 Time has come to head back to Kas. The return journey is as enjoyable as earlier in the day. No need to elaborate why. 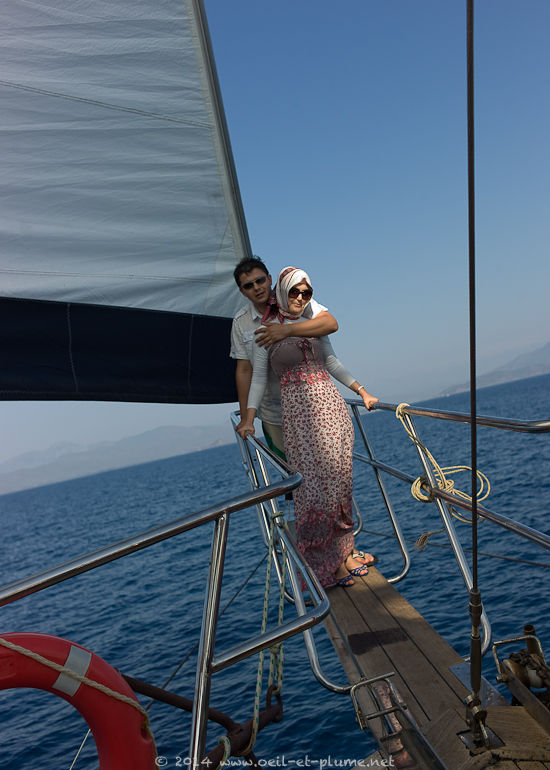 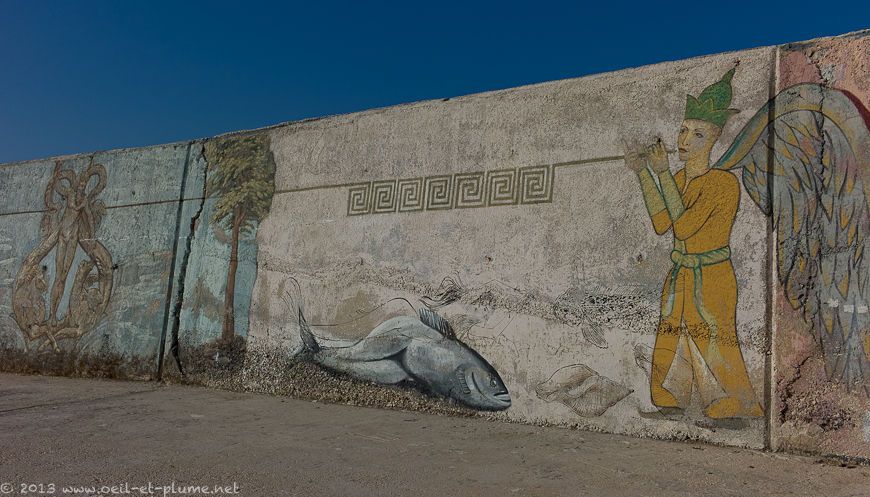 I spent unfortunately only half a day in Kastellorizo. I could have stayed one week, one month or the rest of my life. I have to return there.

This is exactly what happened in the famous 1991 Mediterraneo movie directed by the Italian Gabriele Salvatores. A few Italian soldiers are  sent to Kastellorizo during the Second World War. Stuck for months, they are first unhappy about their situation before changing their mind. Three of them even settle in the island later. True, a local beauty may have played a role in their return.