You remember certainly that the Japanese imperial courts used to send diplomatic missions to China in the 8th and 9th centuries to study the governmental institutions and the social organisation of the Tang Dynasty’s empire.

The young Buddhist monk Kobo Daishi Kukai is chosen to join one of those Japanese diplomatic missions. The expedition reaches Yunan province in 804, and then Xian. Kukai studies intensively Sanskrit and Indian Buddhism in order to deepen his knowledge about the tantric Shingon Buddhism doctrine. The zealous and brilliant student passes his final examinations before returning in Japan in 806, ready to disseminate his vast body of knowledge. 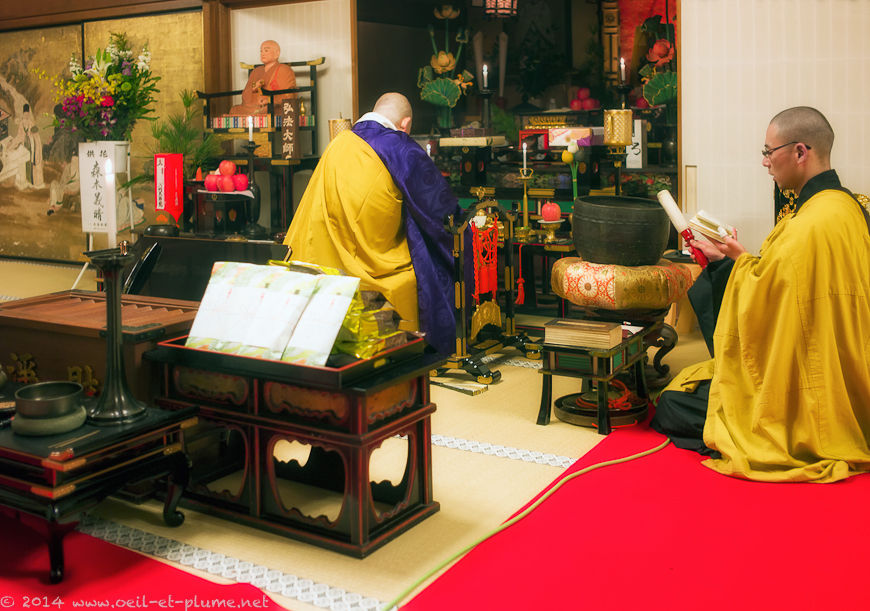 However, the Japanese emperor who sent Kukai to China passes away in 805. His successor does not show much interest in the Shingon Buddhism doctrine. Kukai emerges nonetheless as public figure thanks to his appointment in 810 as administrative head of the Todaiji temple in Nara (the main temple hosting the Great Buddha). His responsibilities and reputation within the imperial court grows steadily.

Kukai aspires to a spiritual and ascetic lifestyle, away from worldly affairs. He aims at founding a Shingon Buddhist school in a remote mountainous area propitious to spiritual elevation. He identifies Mont Koya area (commonly known as Koya San) in southern Kansai as appropriate to his spiritual project.

Kukai envisions Mont Koya’s area to represent two graphic symbols of the universe (mandalas) according to Shingon Buddhism. The highland valley surrounded by eight low peaks is reminiscent of a lotus flower counting eight petals. At the very centre of the lotus flower, a pagoda will host an imposing statue of Buddha personifying the Ultimate Reality.

In 816, the emperor accept Kukai’s petition and grant him a piece of land in Mont Koya. However, Kukai is bound to continue serving as advisor to the secretary of state at the imperial court in Kyoto. He entrusts a senior disciple to start building the Shingon training centre in Mont Koya, while he raises funds in Kyoto. In the last three years of his life, Kukai manages to spend most of his time in Mont Koya. The implementation of his vision in Mont Koya is a lengthy and costly endeavour that is not completed when Kukai passes away in 835.

Kukai must be pleased nowadays because Singhon Buddhism flourishes in Koya San like lotus flowers on a pond. The Daito (Great Pagoda) hosts a massive Buddha in the centre of the lotus flower defined by the topography of the Mont Koya area. The Kongobuji is the main temple and the administrative centre of Shingon Buddhism in Koya San. Moreover, Koya San counts no less than 120 Buddhist temples. I visited a few of them. 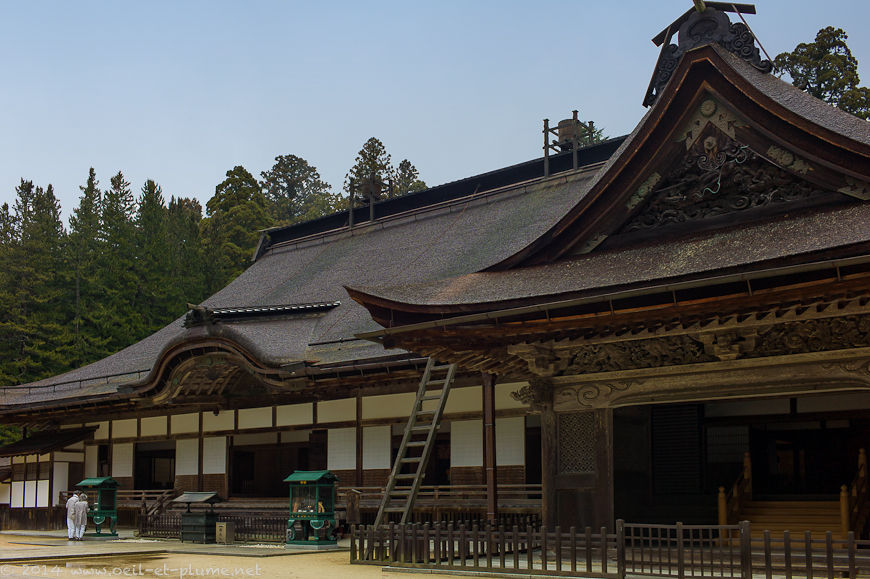 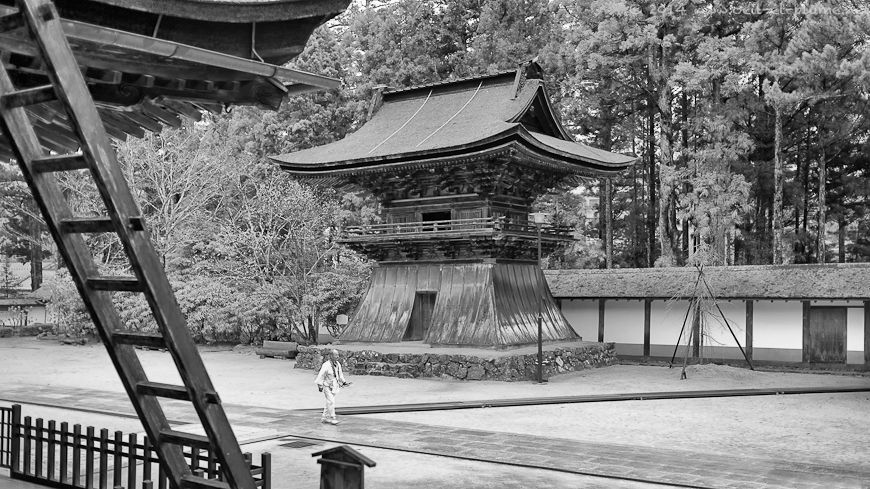 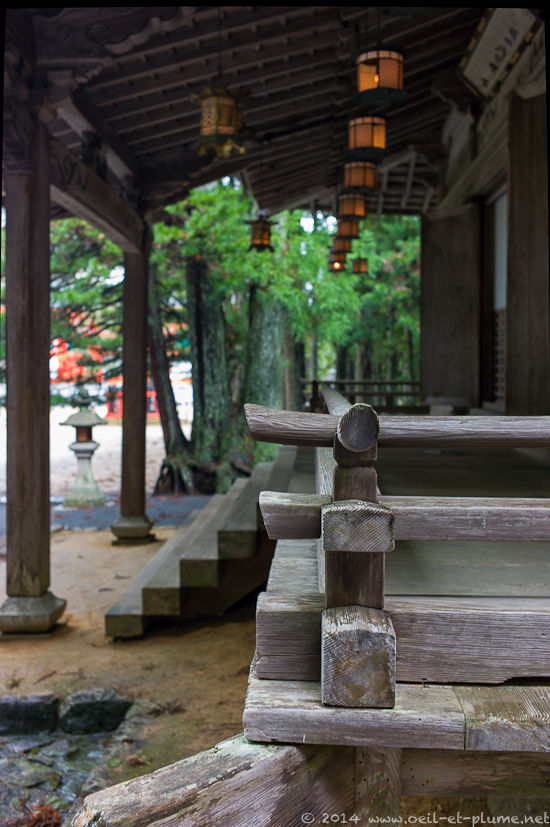 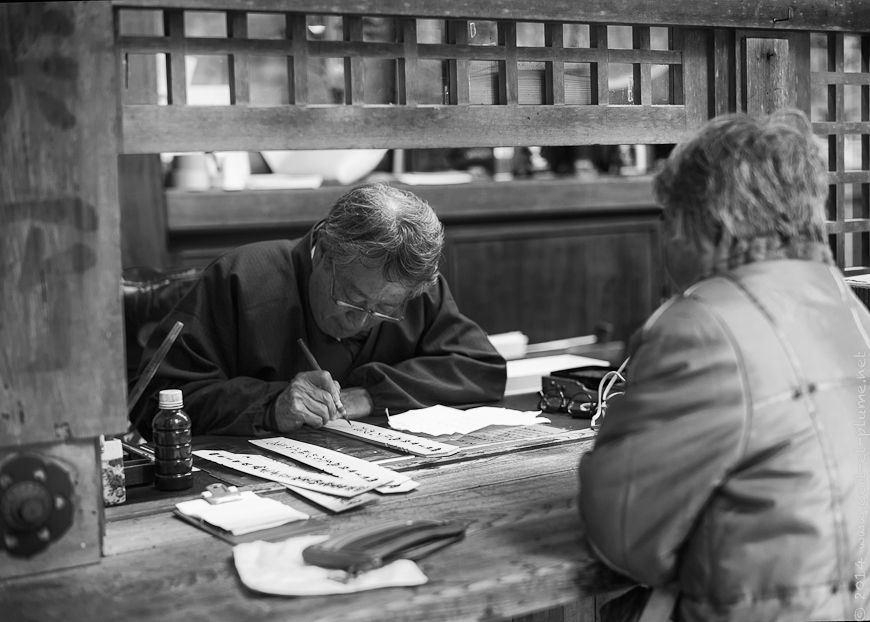 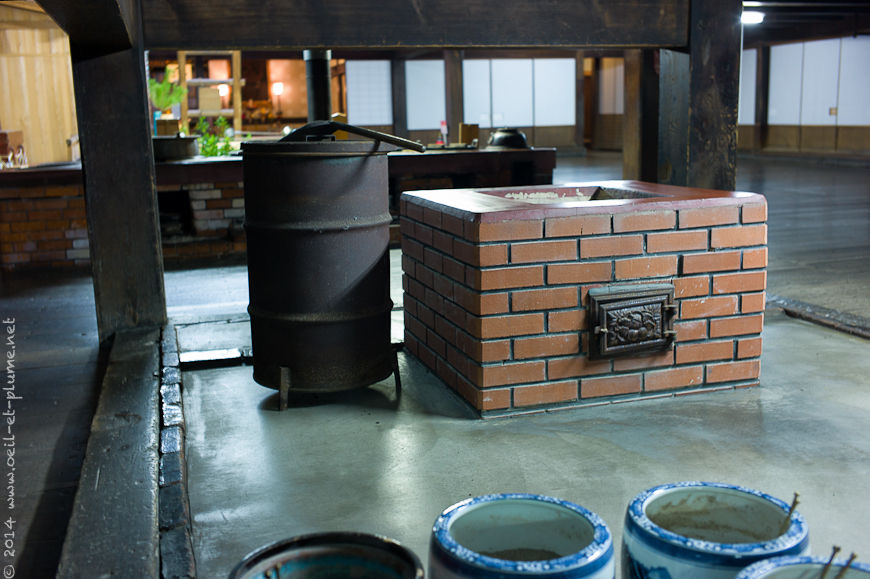 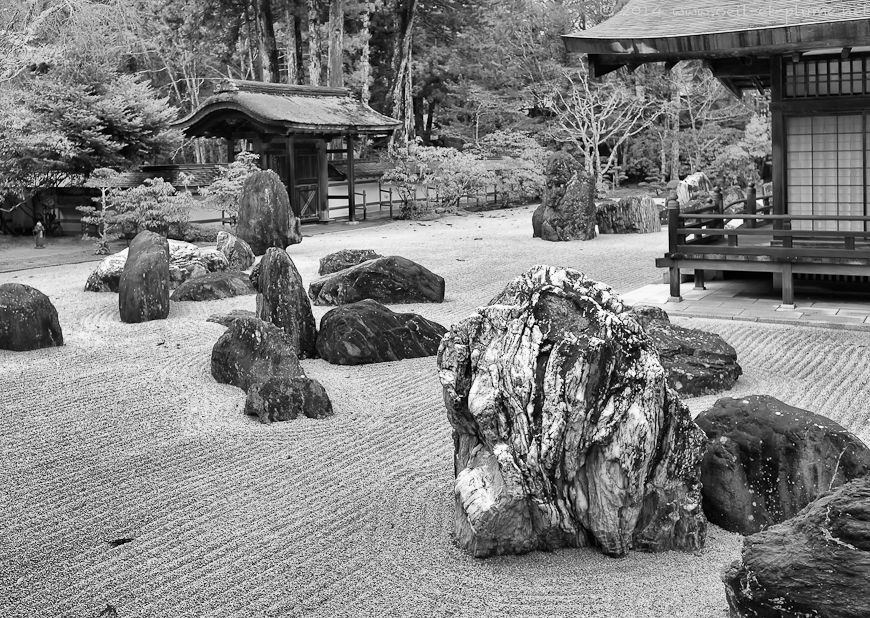 Visitors in Koya San are usually accommodated in Buddhist temples. This is what I did. Quite an experience, I must say. For instance, you are invited to attend the morning’s prayer at dawn. You walk along hundreds meters of corridors to reach your room from the entrance. You don’t dare using your voice louder than for whispering. And you are on a strict vegetarian diet. This ascetic tourism suits probably not everybody. I have liked it for the few days spent in Mont Koya area.

The visit to Okunoin has clearly constituted the personal highlight of my stay in Koya San. Okunoin is a cemetery and sacred forest containing Kukai’s mausoleum. Not that I would be fan of graveyards, but simply because of the unique atmosphere prevailing there.

Okunoin is the largest cemetery in Japan with some 200,000 tombs, many of them very old. Shingon Buddhists believe that Kukai is still alive and meditates at Okunoin, awaiting the appearance of Buddha. Kukai will be the only human being able to interpret Buddha’s message and hence ensure the liberation of mankind. Okunoin cemetery gathers Buddhist souls eagerly waiting for the heavenly address to be deciphered by Kukai.

I have loved walking in the sacred forest of Okunoin. Centuries-old cedars, massive and tall, diffuse a low light and a soft breeze across their high branches. The air is saturated with humidity. Moss overlays most of the surfaces – be they natural or man-made, horizontal or vertical, simple or complex. Its soft and light texture illuminates the dullness of the landscape, reshapes the angles and the asperities of the monuments.

Human societies are hardly equals for all individuals even when it comes to the funeral rituals. Most of the tombs in Okunoin contain the mortal remains of upper- and middle-class Japanese. Throughout the centuries, it was indeed a privilege and an honour to be buried in Okunoin. The low-class Japanese who managed to rest in the Koyasan cemetery are packed in a collective grave pyramid. 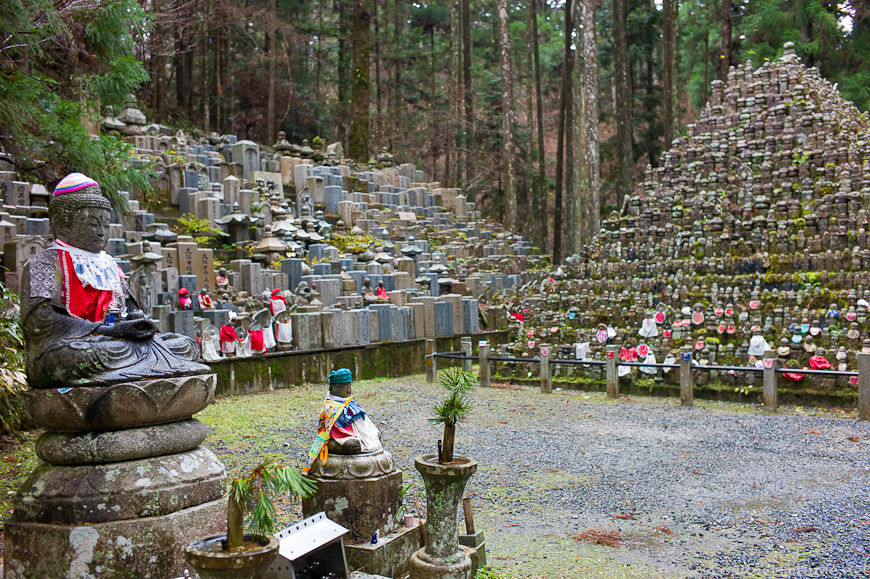 Tombs of the social elite in Okunoin are typically made of heavy stone monuments symbolising the five fundamental elements – from bottom up: earth, wind, fire, water and cosmos (vacuum). The theme, repeated ad infinitum across the graveyard, but does not tire the visitor. It rather provides a prodigious sense of overall coherence and purposefulness to the complex social fabrics of the people resting there since centuries. 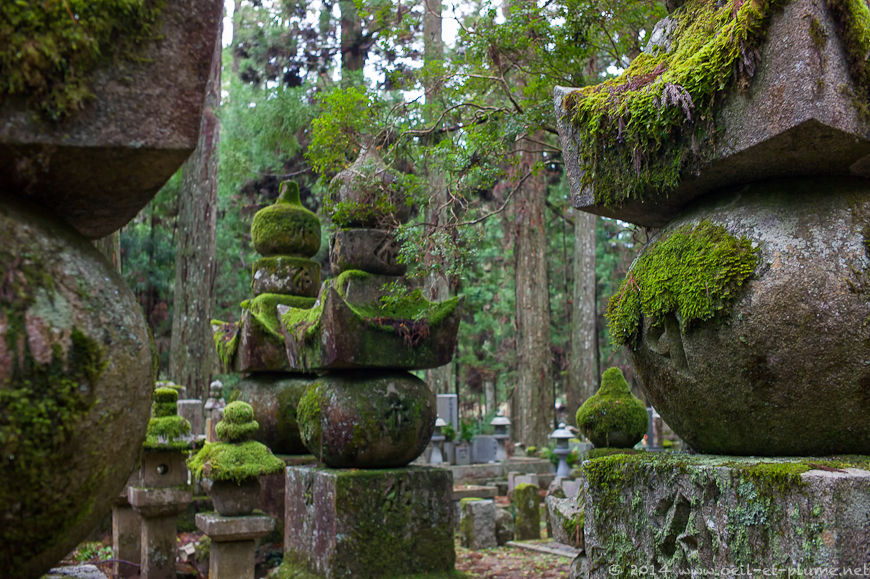 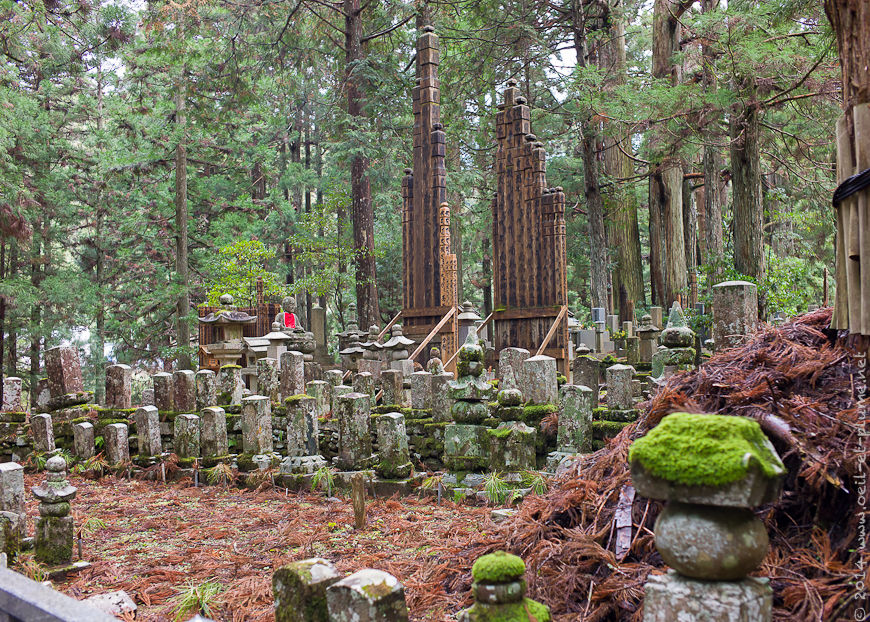 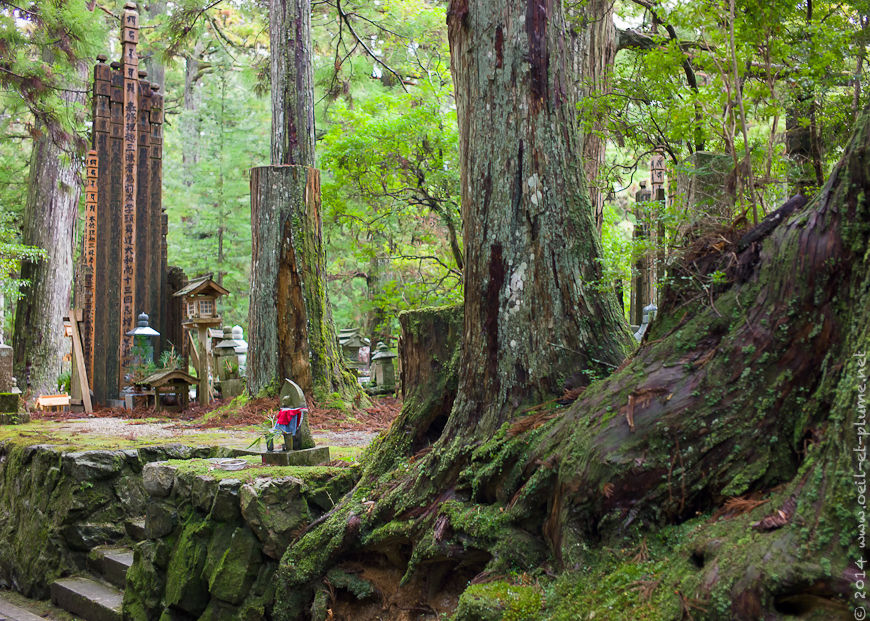 Okunoin cemetery could appear as a museum if it would not include a section for contemporary graves. Amongst them,  the collective monument built by Toyota for its workers who died accidentally while on duty.

Okunoin is also a living spiritual place where you can catch fugitive moments of profound spirituality. I will never forget this chanting monk commissioned by the family of a famous newspaper owner to pray for the deceased relative. 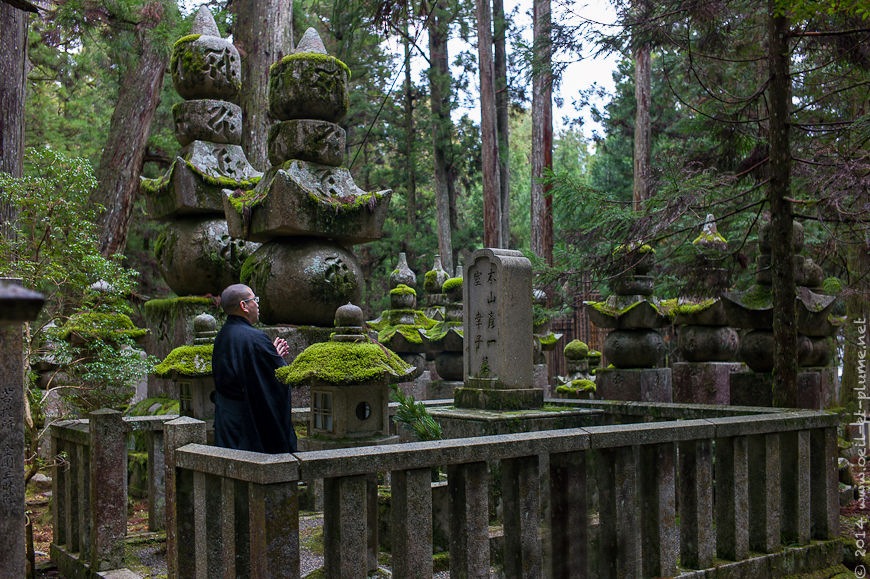 I reach Kukai’s mausoleum after some two kilometres walking across Okunoin. No need to mention that the sacred place is highly treasured and visited. 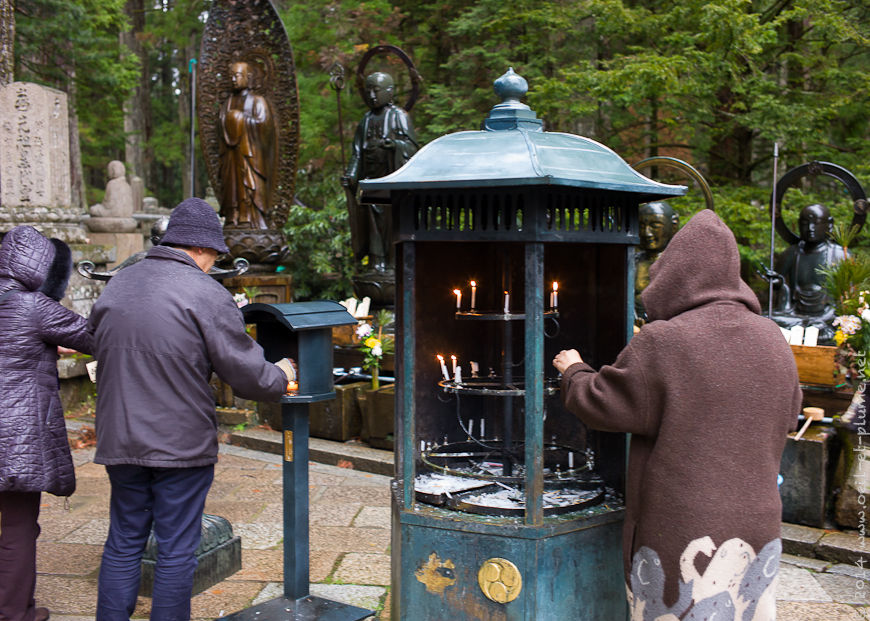 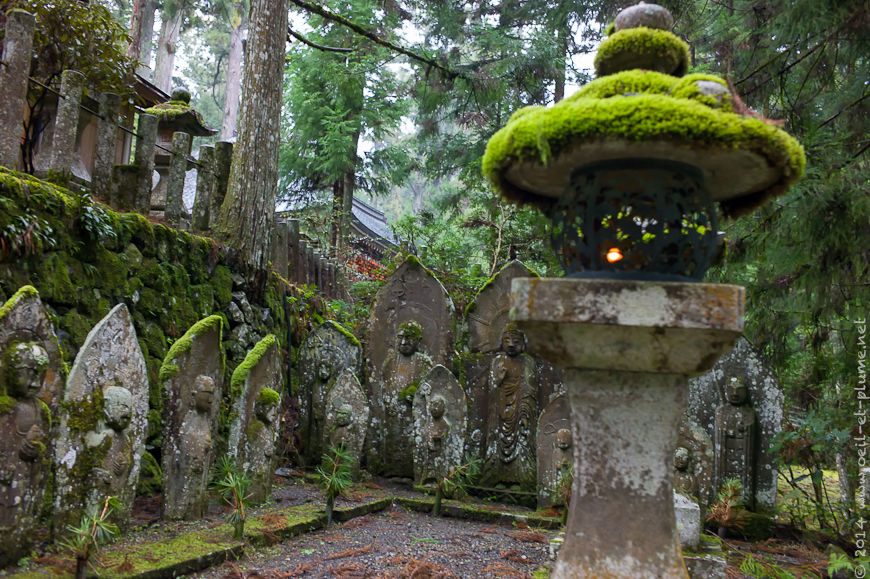 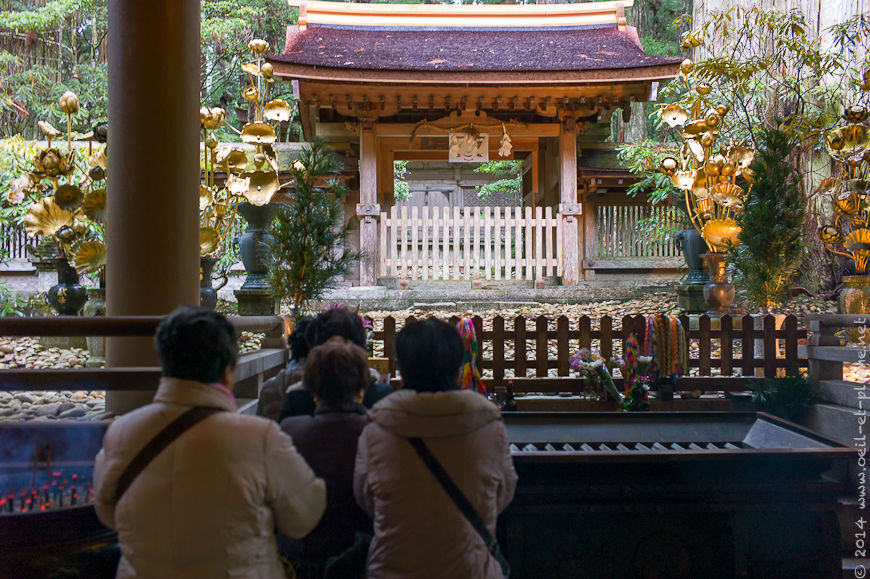 The mausoleum itself is rather humble, probably to mirror Kukai’s ascetic inclination. Food is being offered to him twice daily during a religious service. For his followers, the meditating Kukai must sustain his strength to help disseminating Buddha’s holy message when times will come.

There are over 4,000 Shingon Buddhist pagodas in Japan. Kukai is not only one of the most revered religious figures in Japan. He is also renowned academic scholar, engineer and calligrapher. Kukai is believed to have invented the syllabary (set of symbols representing syllabes) combining Chinese characters that is used nowadays to write in Japanese language.