I hate umbrellas. I should precise: for my personal use. I find them cumbersome, bulky and unpractical most of the time. In the end, I don’t mind getting a few drops or even a bucket as long as I can protect my camera.

I love umbrellas. When they are used by other people in an elegant or romantic way as this young couple met in Kandawgyi Lake in Yangon back in 2003. 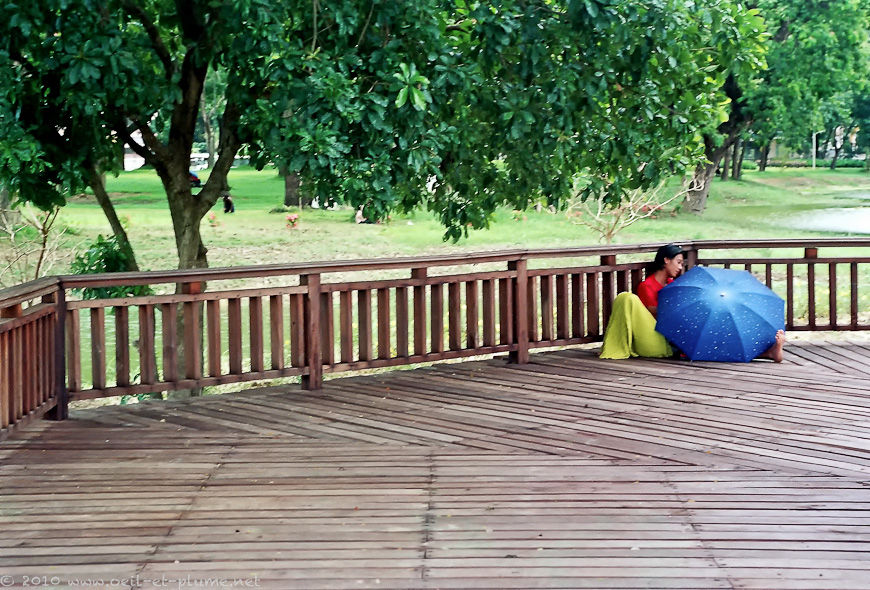 I return to in Kandawgyi Lake during my recent visit in Yangon, hoping to find the same young couple langourously hiding under their umbrella on the wooden bridge. Believe it or not, I do not meet them. But I spot numerous umbrellas. 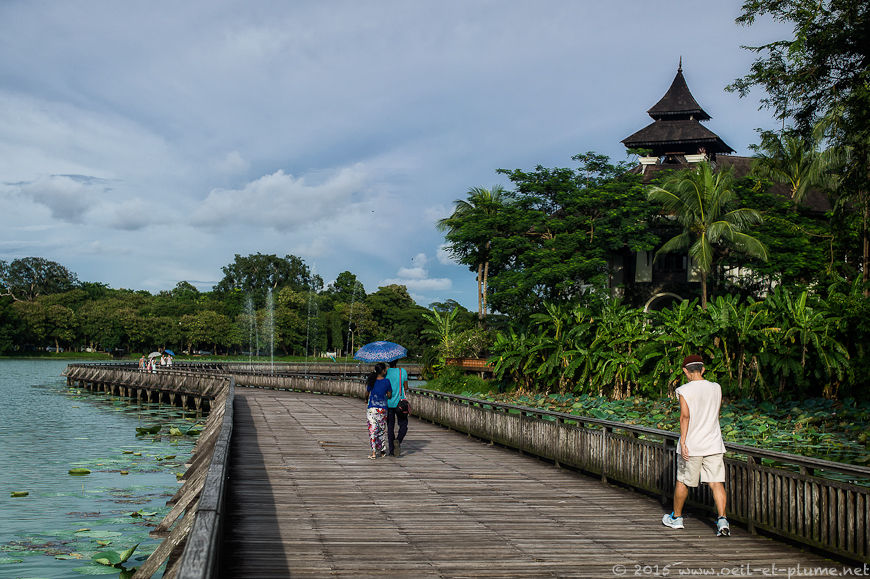 I love umbrellas. When they are beautiful pieces of handicraft as the traditional wooden umbrellas in Myanmar. Monks use umbrellas to protect themselves against Myanmar’s ardent sun or heavy rain during their long daily treks. Traditional umbrellas are adorned with a thick canvas with an ochre rainproof vernice matching the colour dress of the male monks. Umbrellas used by female monks are rose, in line again with their dress. 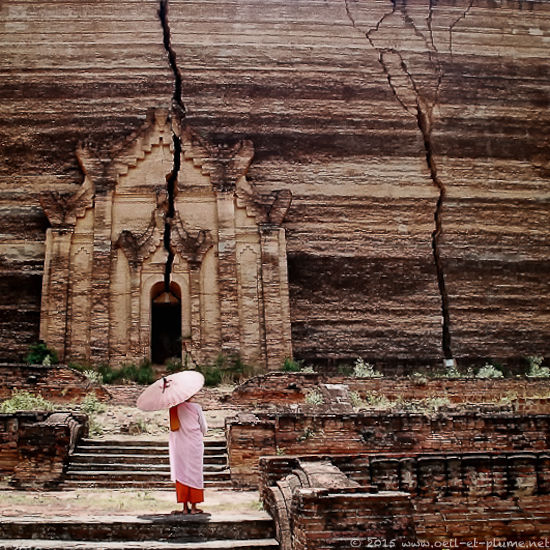 Avid of first-hand glimpses, my camera suggests me to visit a traditional umbrella workshop. As always, I follow my camera and start scanning downtown Yangon.

On my way, I document abundantly the local street and market life; always my pleasure, indeed. People are friendly and talkative, much more than during my first stay in Myanmar back in 2003. 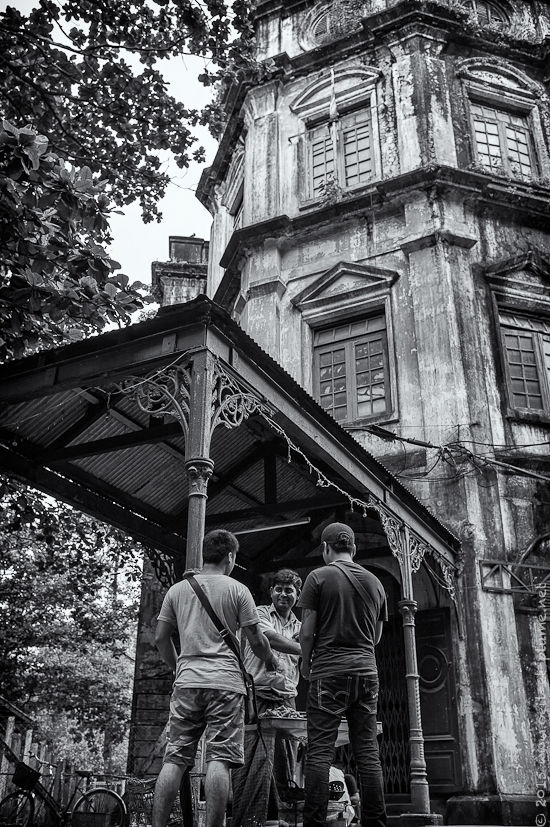 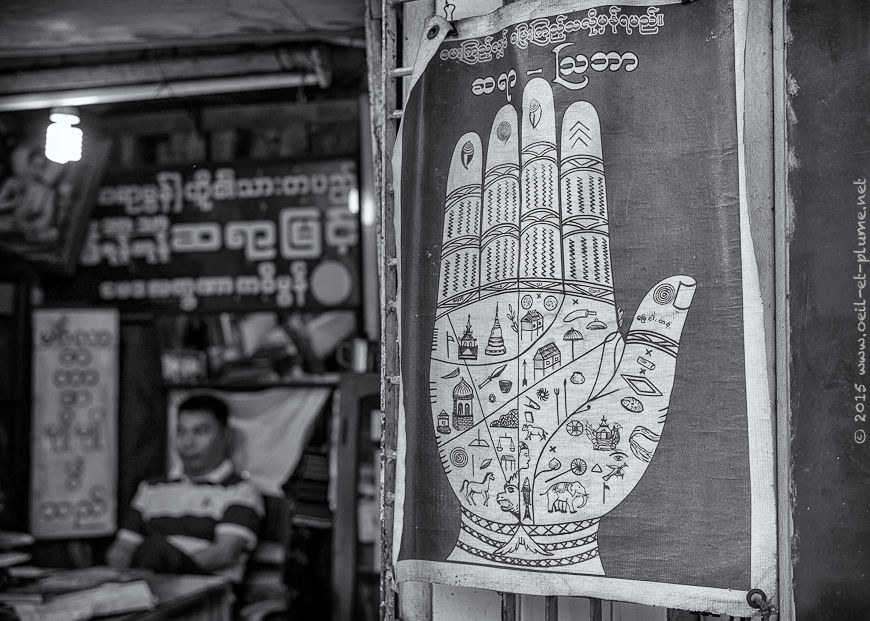 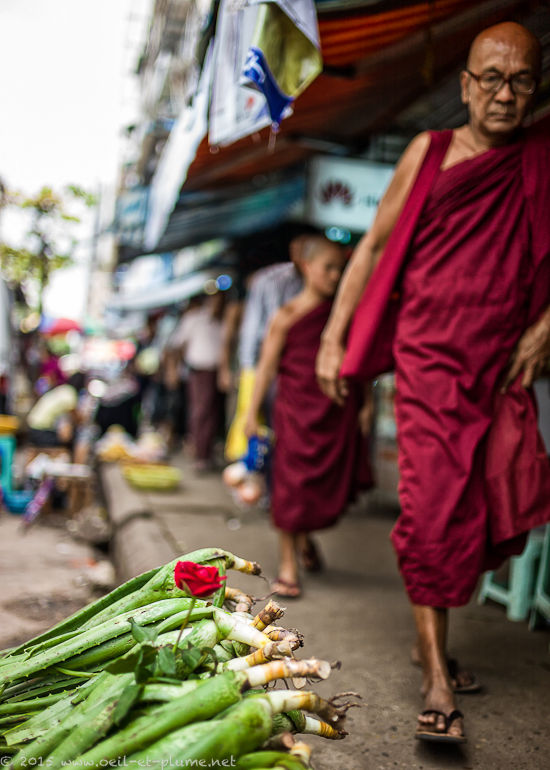 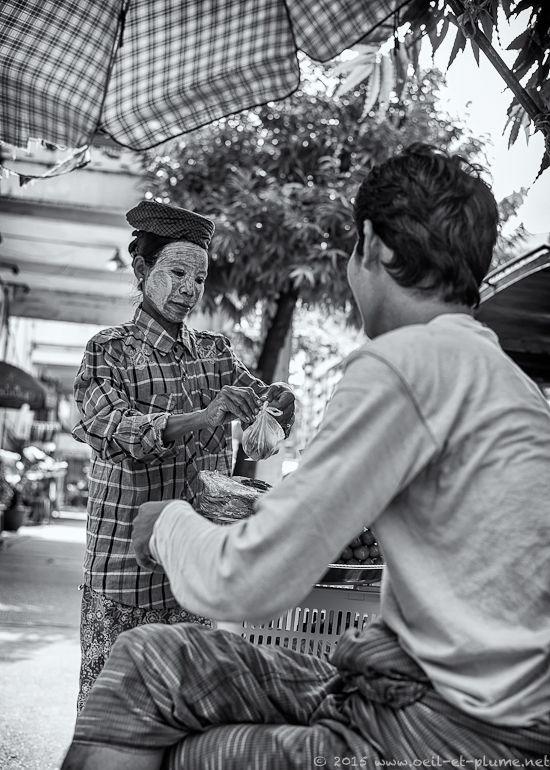 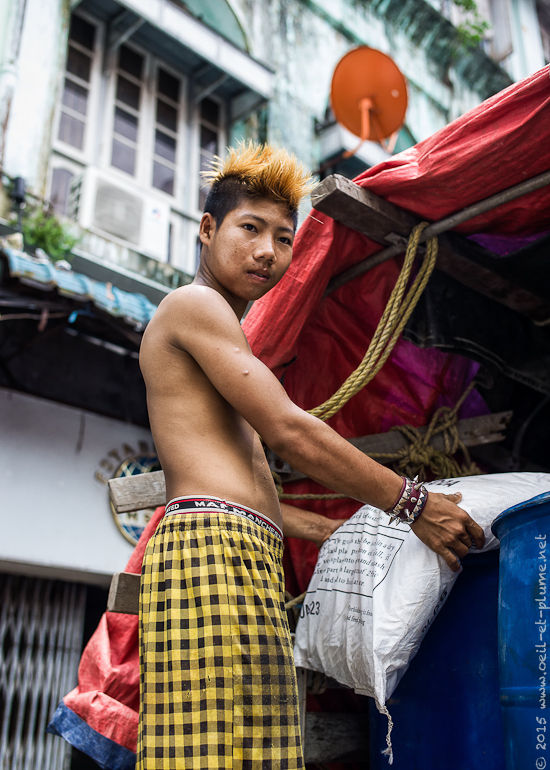 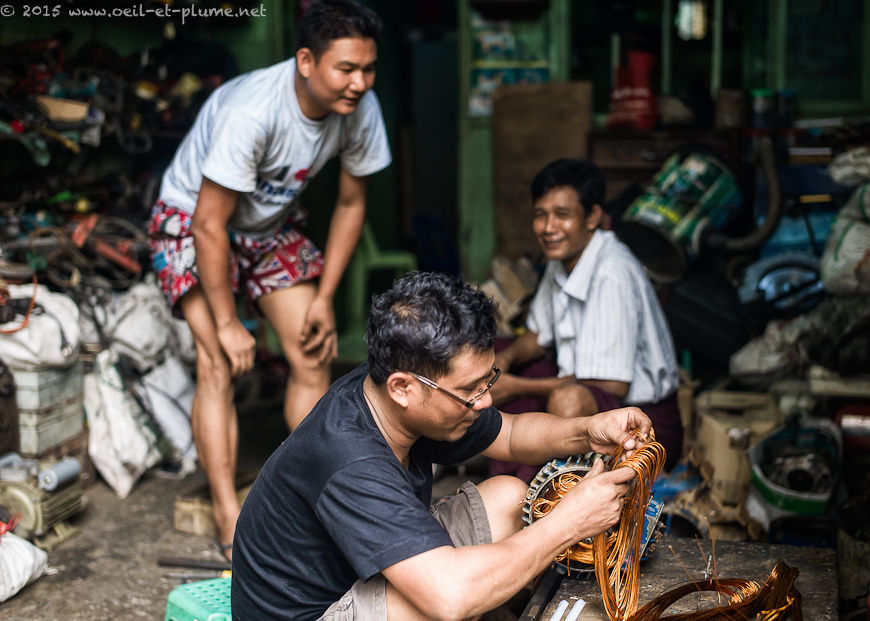 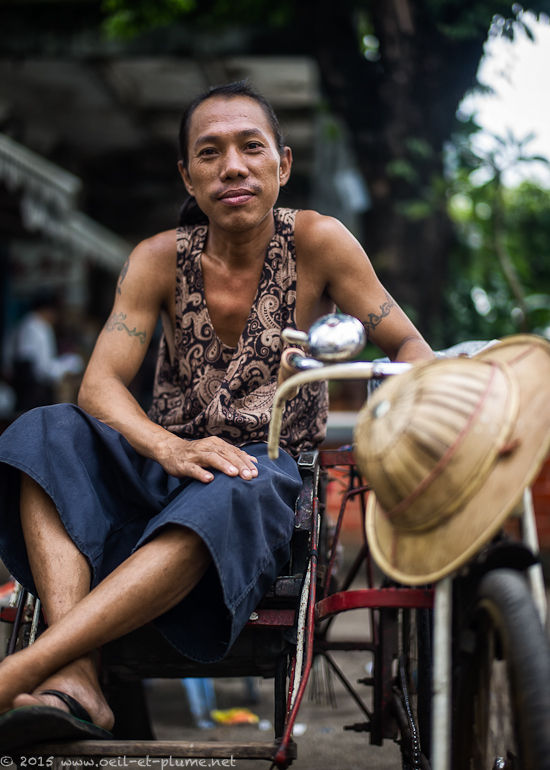 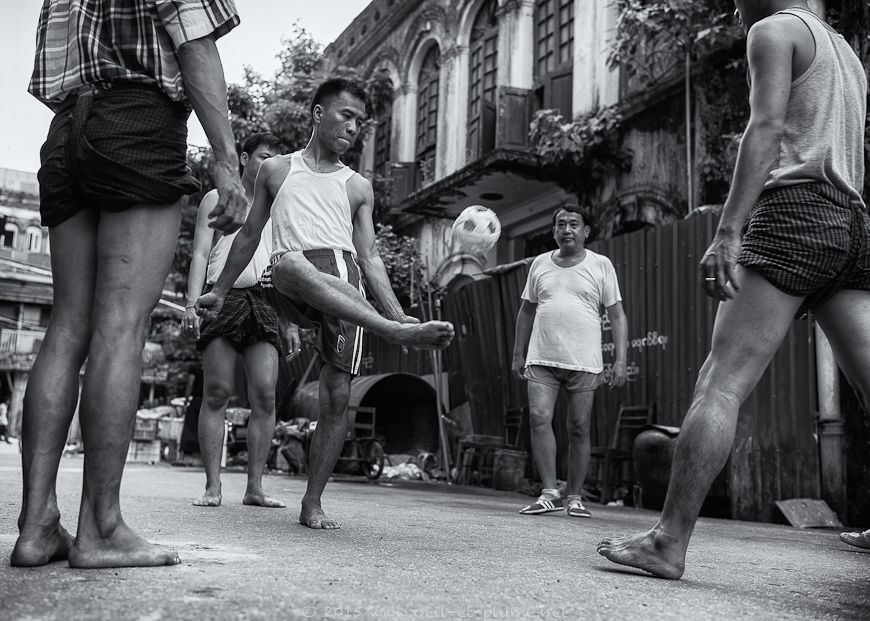 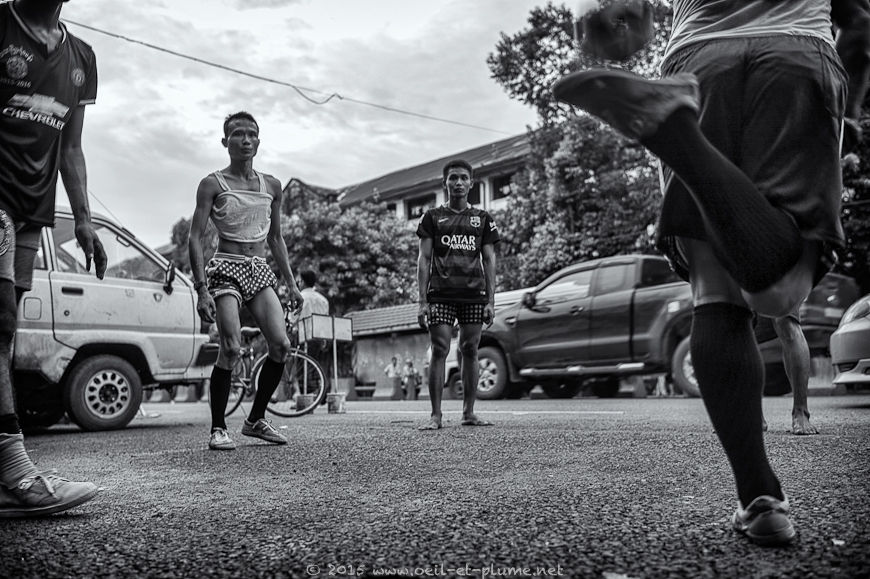 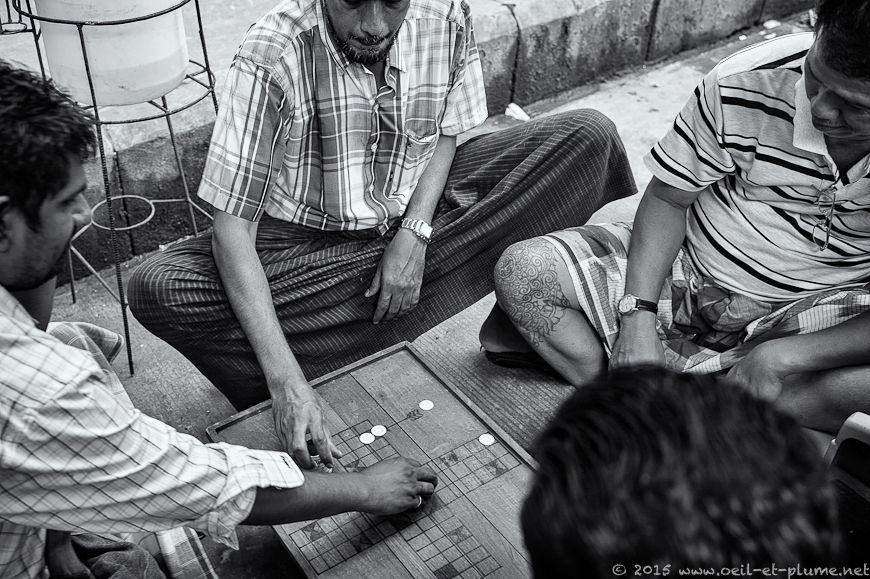 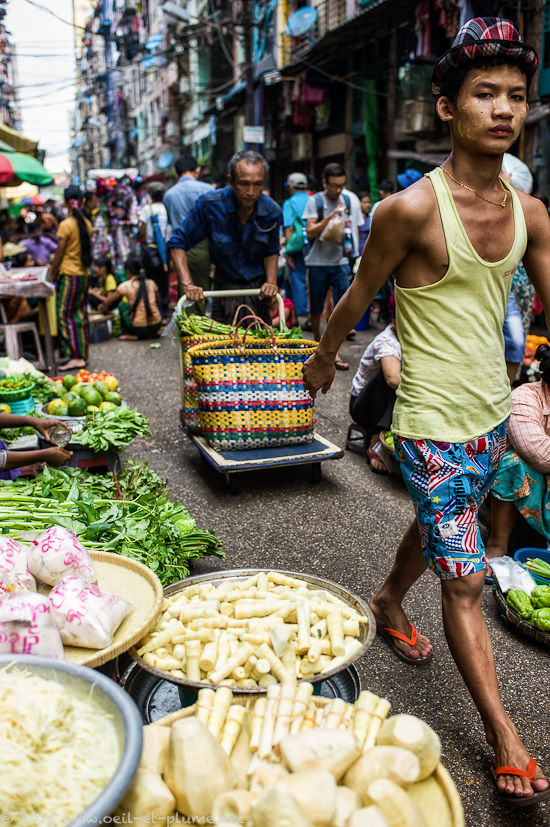 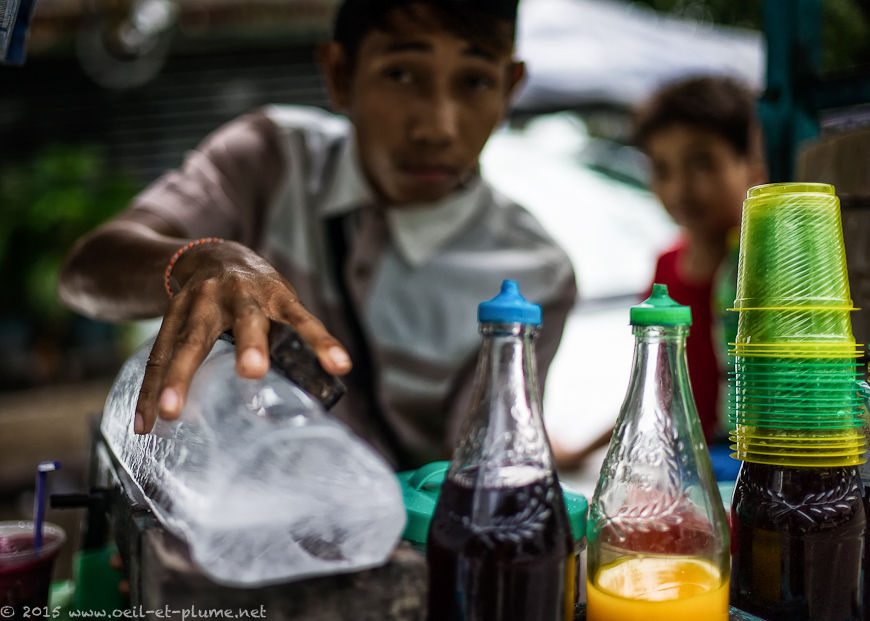 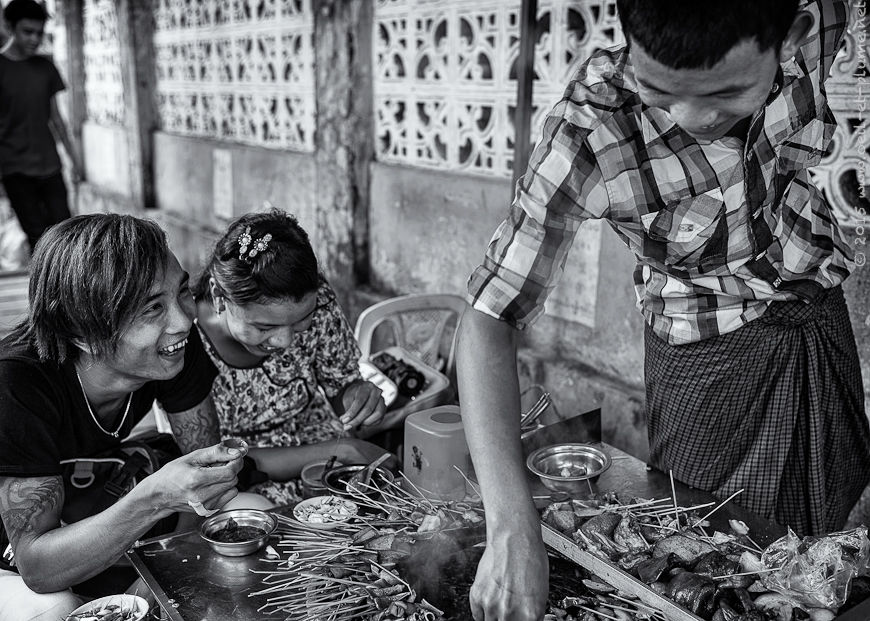 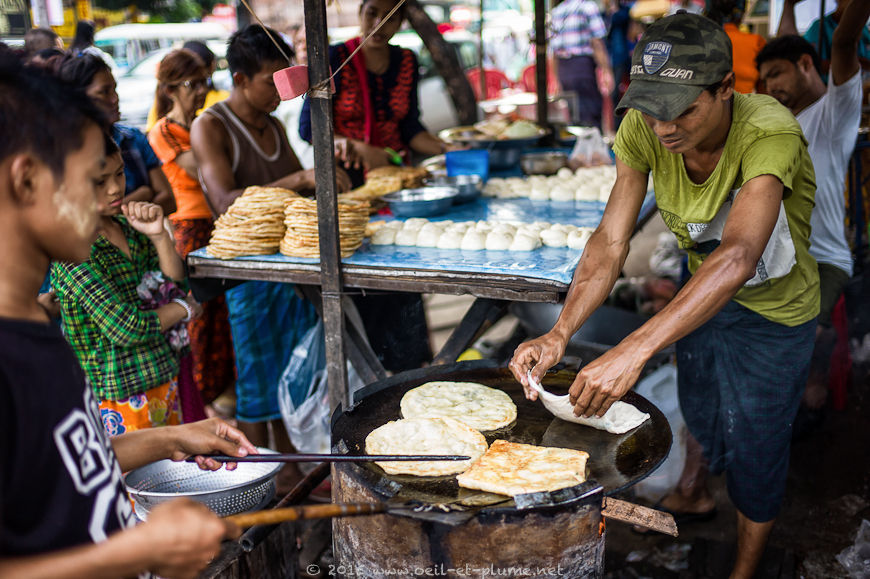 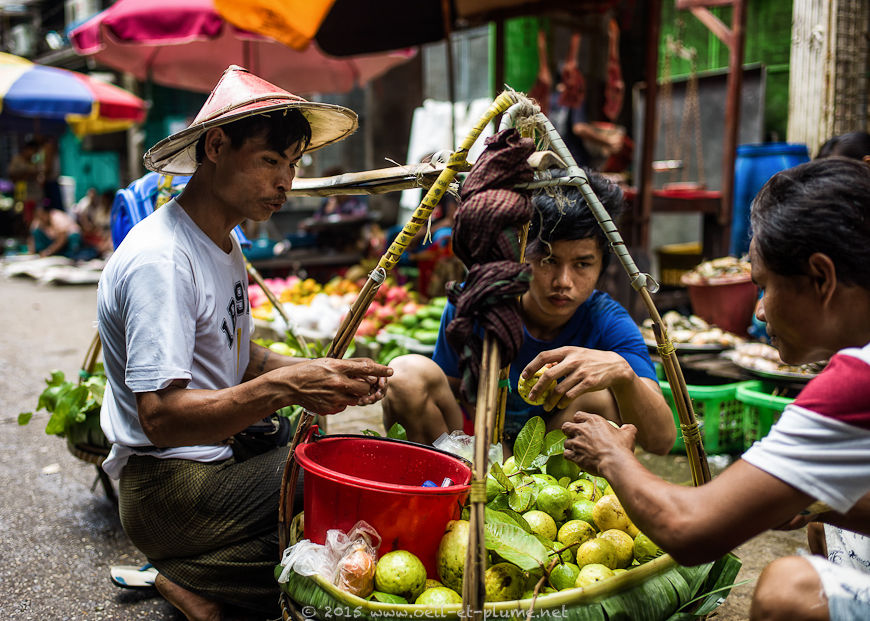 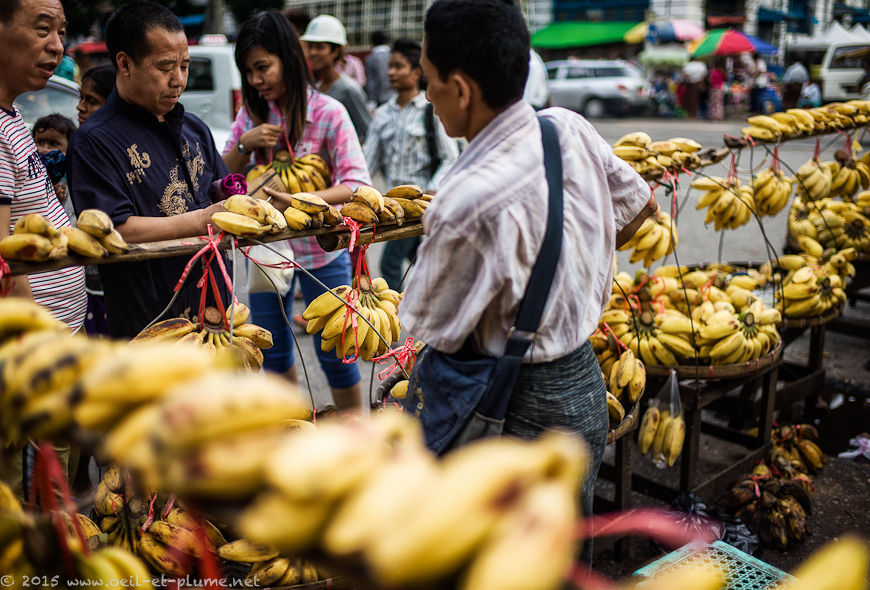 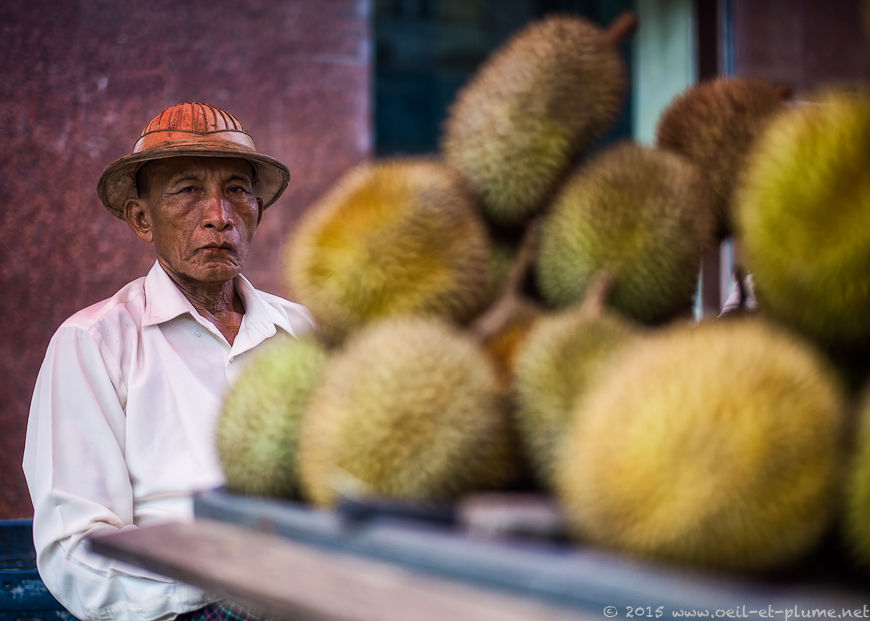 I set off immediately. Pathein lays on the bank of the Irrawady River, Myanmar’s main water course running from the north of the country onto south before expanding in a delta in the Ayeyarwady Region. 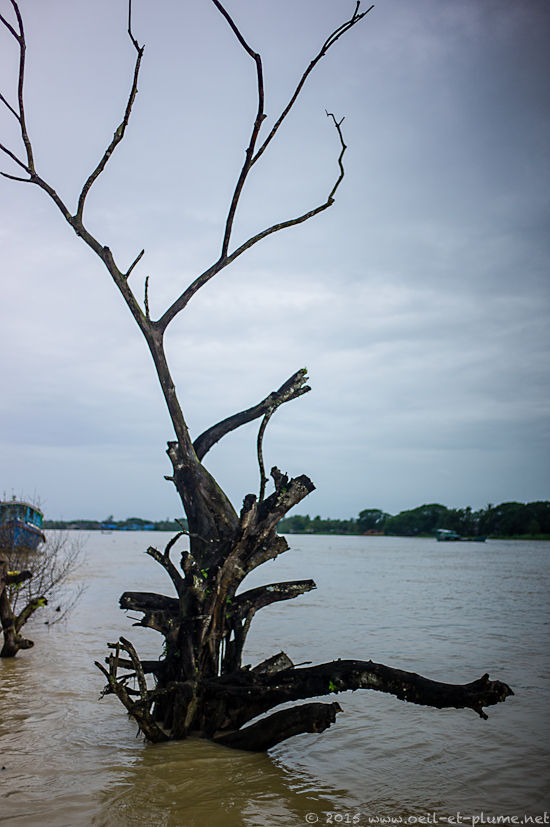 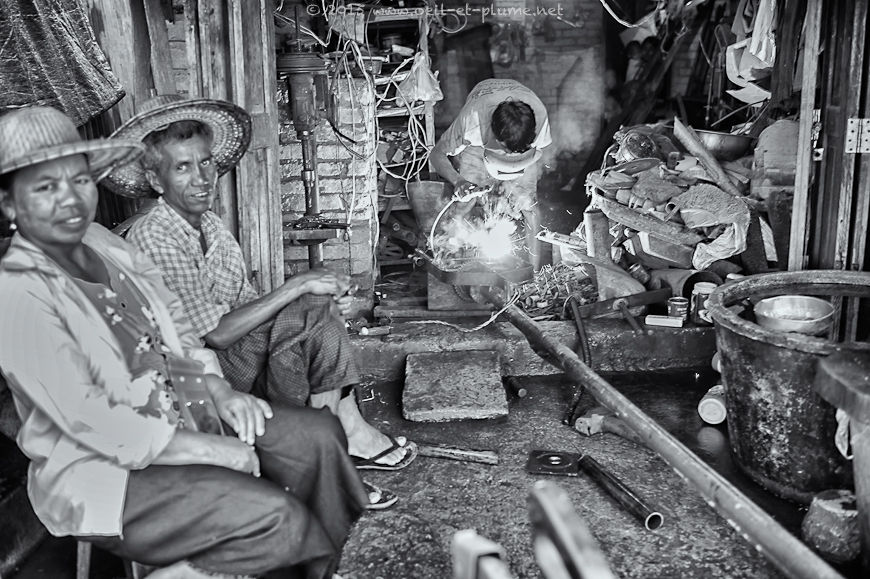 Pathein is indeed reputed for its traditional umbrella handicraft. It takes me notheless some efforts to identify a workshop. The structure of traditional umbrellas is made of a special bamboo growing only in Rakhine State. Nowadays, Pathein umbrellas are often used for in-door display and decoration. What a awsome display of translucid colours and elegant patterns! 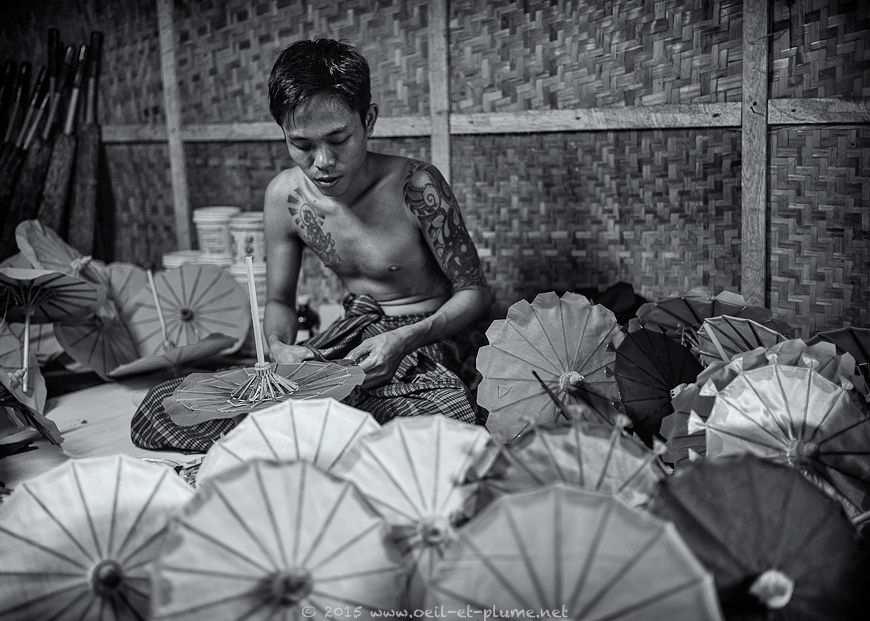 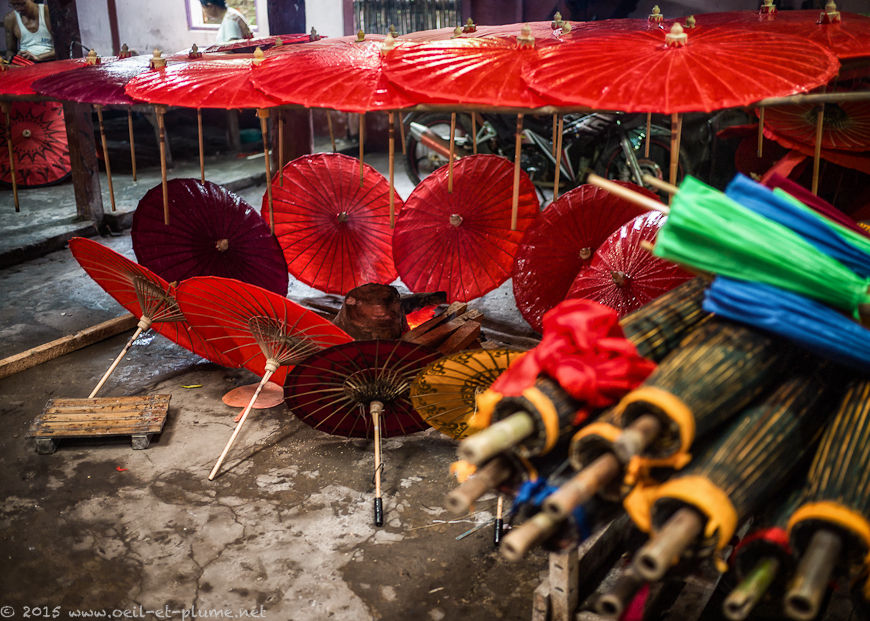 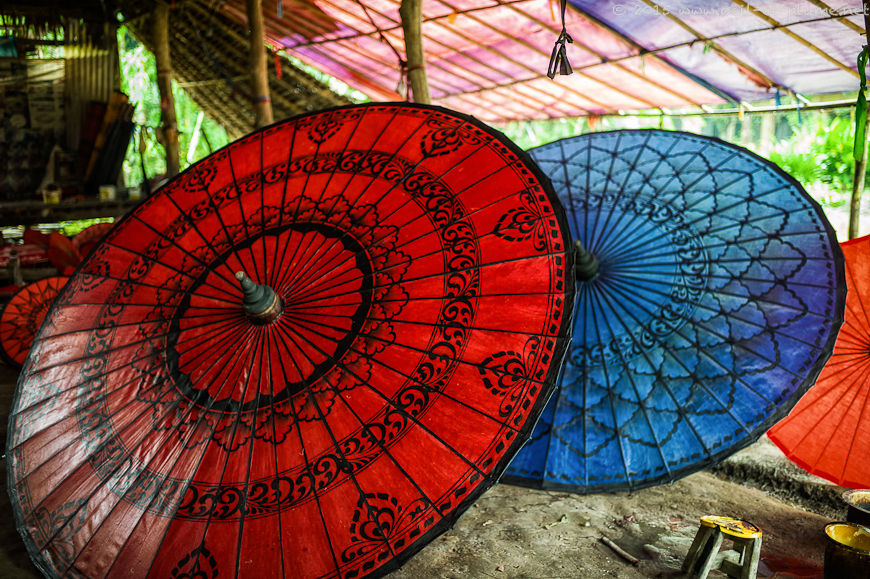 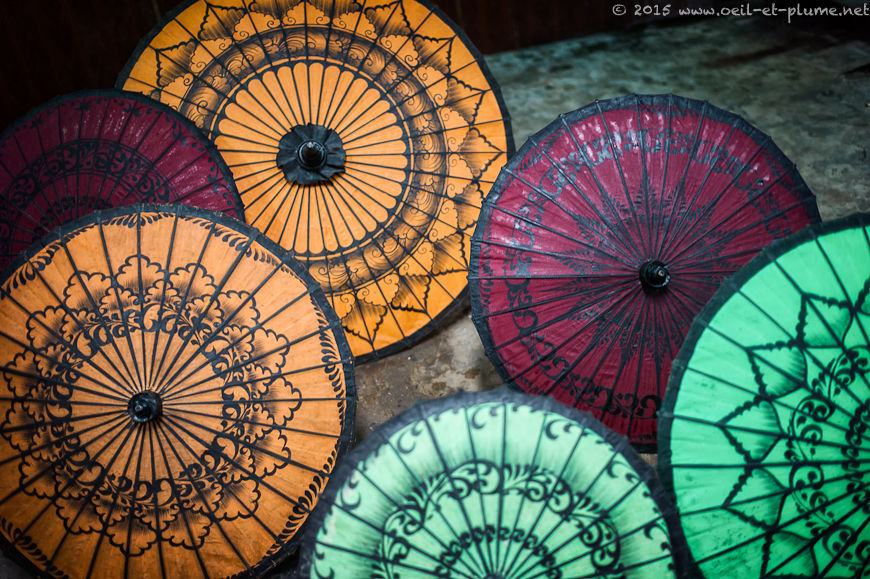 Back in Yangon, I am to leave Myanmar. I will remember the huge social expectations of the people whom I met about their future, especially amongst the youth.

On 8 November 2015, the NLD scored a landslide victory, with almost 80 per cent of the elected seats in both chambers of the Parliament.  The vote cristalises the high social expectations placed on the Aung San Suu Kyi and her political party to deliver substantial political and economic progress.

Aung San Suu Kyi is constitutionally barred from assuming Myanmar’s presidency as her late husband was a foreign national. She is nevertheless resolute to steer the future of the country. Early December 2015, Myanmar’s former military chief General Than Shwe recognised her as the leader of the country.

Aung San Suu Kyi will have a long and challenging way to go. Hopefully she will count on one of those traditional umbrellas against hot and bad weather. I wish her the best of luck.