I made my way back to Myanmar recently, long after my one-year stay in 2003. I am happy to connect again with this peculiar and beautiful country.

In 2003, Myanmar was struggling to define a way forward. Soon after World War II, Burma/Myanmar was economically more advanced than its Thai neighbour, only to stall in the following decades. On the political scene, the last four decades witnessed a stalemate between conservative and pro-democracy forces.

Myanmar’s internal political tensions were epitomized abroad by the protracted house arrest – for a total of 15 years over a 21-year period – of the opposition leader Aung San Suu Kyi.

In 2003, I happened to live very close to Aung San Suu Kyi’s house on the shore of Inya Lake in Yangon. No, I did not swim the lake’s serene waters to pay her a visit, as did a US citizen that year before his arrest. The Daw (‘aunt’) and more broadly the political scene were heavily monitored by the military junta.

During my first stay in Myanmar, I felt charmed by the interest discretely expressed by many local people about the outside world. The locked-up country made them only more curious to know about the rest of the world, while maintaining also an Asian attitude of cultural reserve and a sense of political caution when interacting with foreigners.

Culturally speaking, visiting Myanmar in 2003 was a bit like turning back the time clock to get a sense of southeast Asia in the 1960’s. Not to suggest that Myanmar people were happy nurturing a passeist mindset ; simply the reflection of the then-situation prevailing in the country.

My comeback to Myanmar takes place short before the nation elections of November 2015 – the first since a nominally civilian government was installed in 2011. Many observers are keen to forecast a landslide victory of the National League for Democracy (NLD) under the condition of free and fair elections.

The outlook on Myanmar’s politics sketched above aims at merely reminding the strong Buddhist and Bamar identity of the mainstream national culture, as well as the many subtleties of the ethnic, religious and political map. As a matter of fact, Myanmar is not a culturally homogeneous country. Let’s explore now Yangon’s religious identity to confirm the assertion.

I settle in a popular downtown area near the British colonial quarter, far away from Inya Lake where I stayed in 2003. My urban treks in those vivid neighbourhoods will help me sensing the societal changes at work.

My first impression of Yangon clashes with my souvenirs. The road traffic in the capital town is congested due to the growing number of private vehicles. There is obviously more wealth in Yangon indeed, displayed in a rather discrete manner. The type of vehicles remain entry-level, although high-end 4×4 (sold officiallly over USD 100,000) are rather common as well. 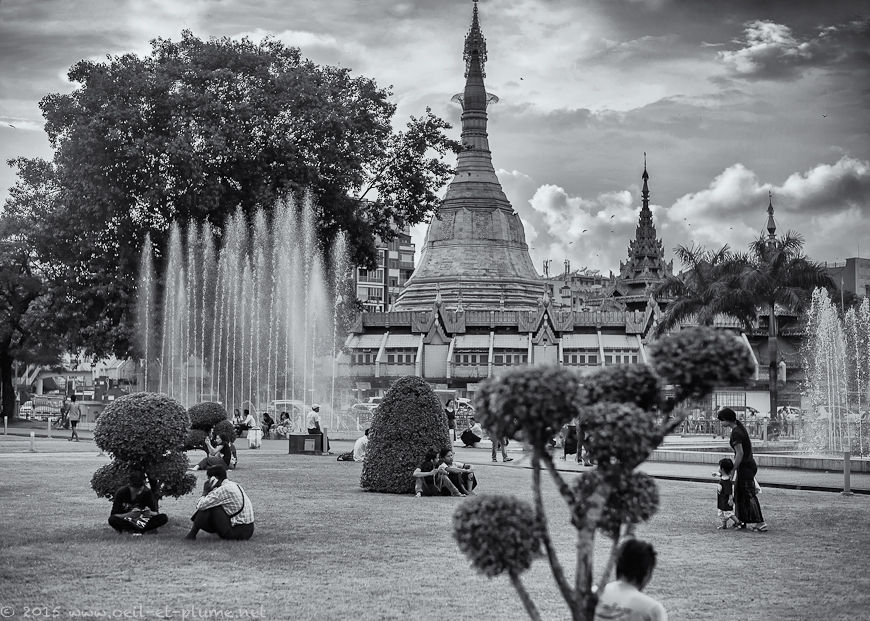 Myanmar is often labelled as the country of the 1000 pagodas. Yangon counts dozens of them. Upon arrival, I head to Sule Pagoda, the most ancient Buddhist temple in the capital town. As it is nearly empty due to a rain shower, I well connect to the pious and quiet energy generated by the sacred place.

Upon arrival, I head to Sule Pagoda, the most ancient Buddhist temple in the capital town. As it is nearly empty due to a rain shower, I well connect to the pious and quiet energy generated by the sacred place.Sule Pagoda is reputed to have hosted hair relics of Buddha brought from India to Myanmar more than 2000 years ago, before they were dispatched in Shwedagon Pagoda in Yangon.

I enjoy much the small golden royal barge designed in the form of a mytical bird. The jewel ship is meant to be loaded with prayer cards that are winched eventually to a shrine located high in the main stupa. 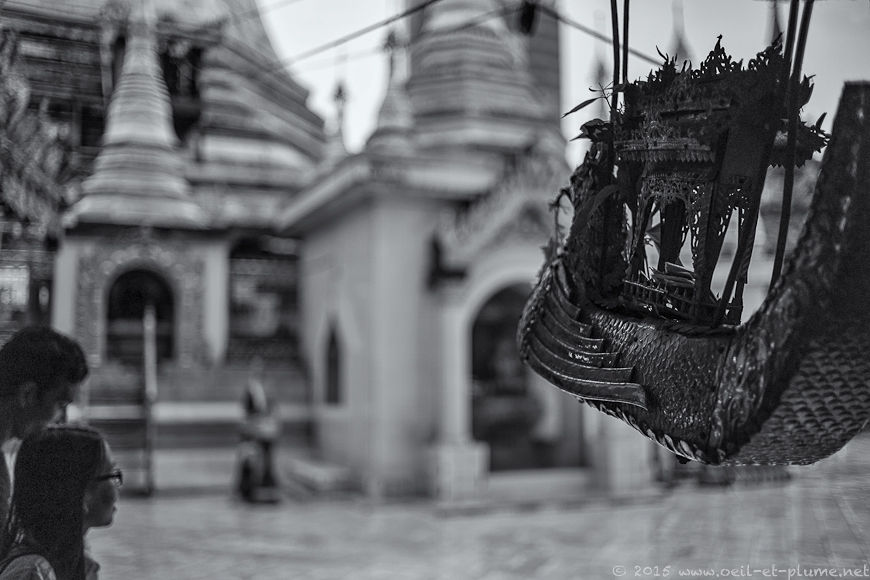 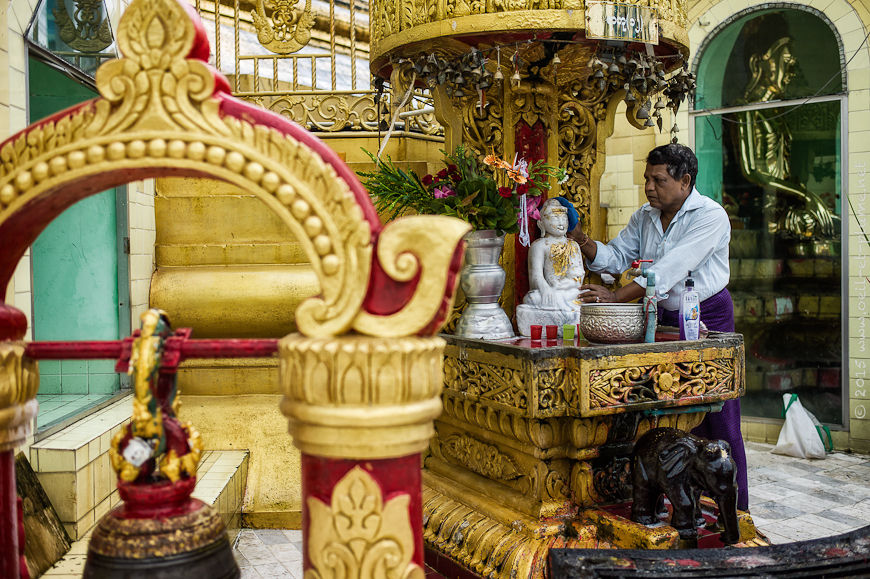 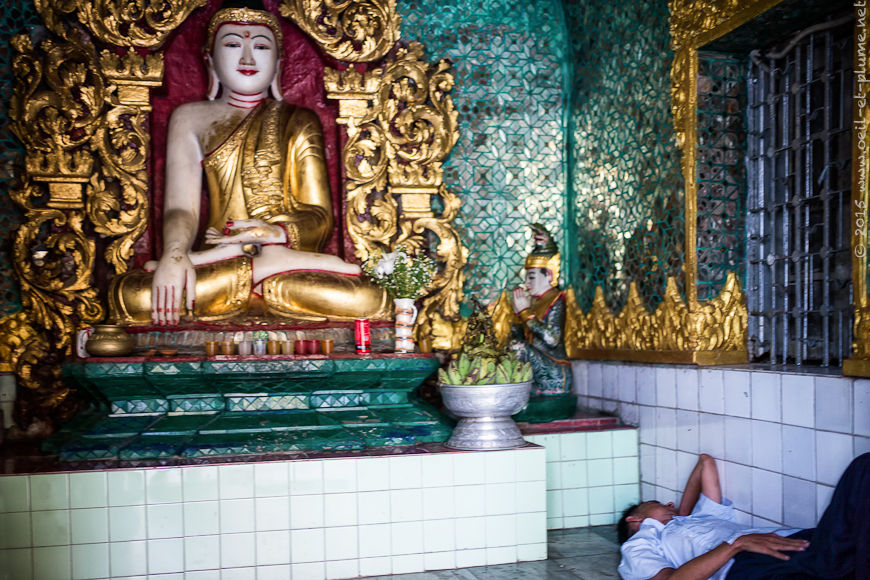 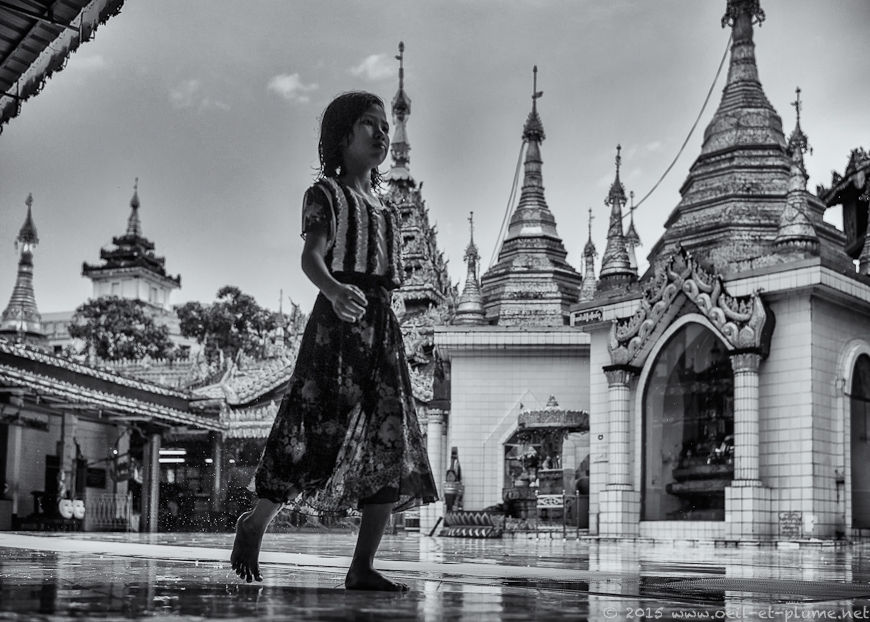 Pagodas in Myanmar are not only religious places. People venture there also to rest and discuss all kinds of subject. Yangon’s social and economic life buzzes all around Sule Pagoda.

Buddhist religious life in Myanmar is profoundly embedded into the daily life of ordinary citizens, as illustrated by the male or female monks striding across neighbourhoods to offer prayers against in-kind or financial donations. 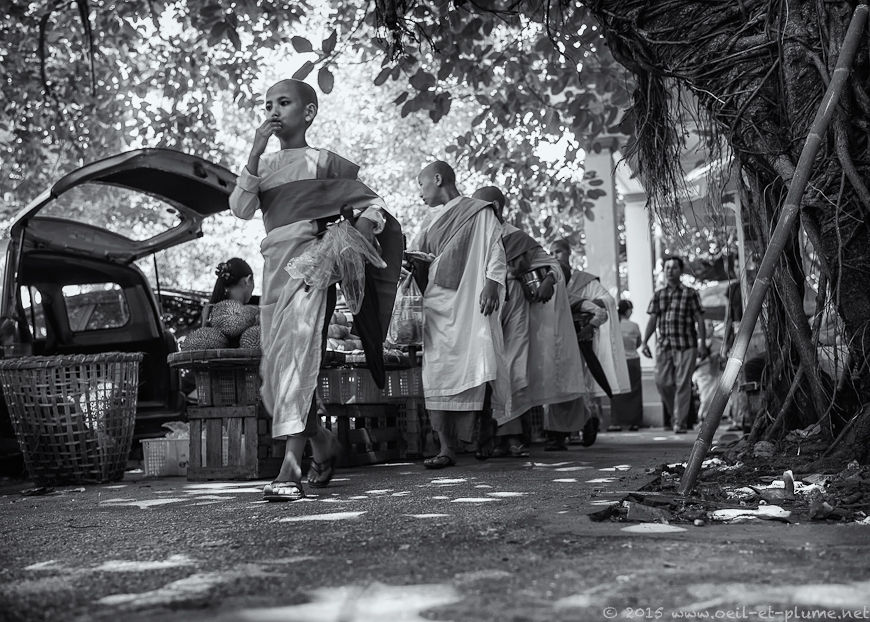 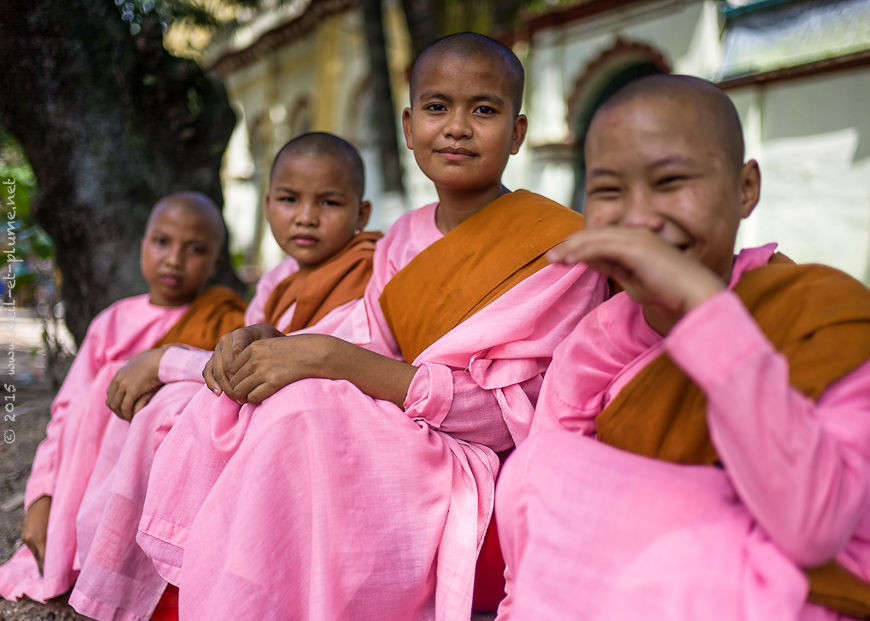 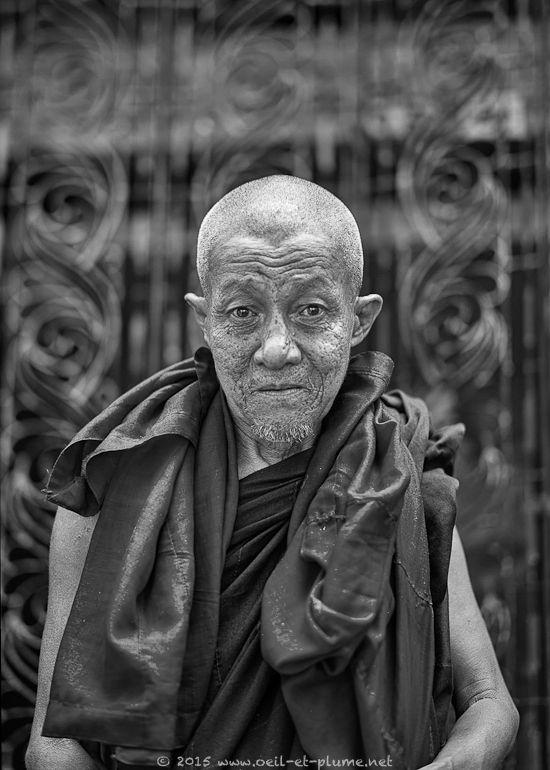 As Buddha is everywhere in the cityscape, so do people perfom also non-religious activities within the perimeter of Buddhist temples. 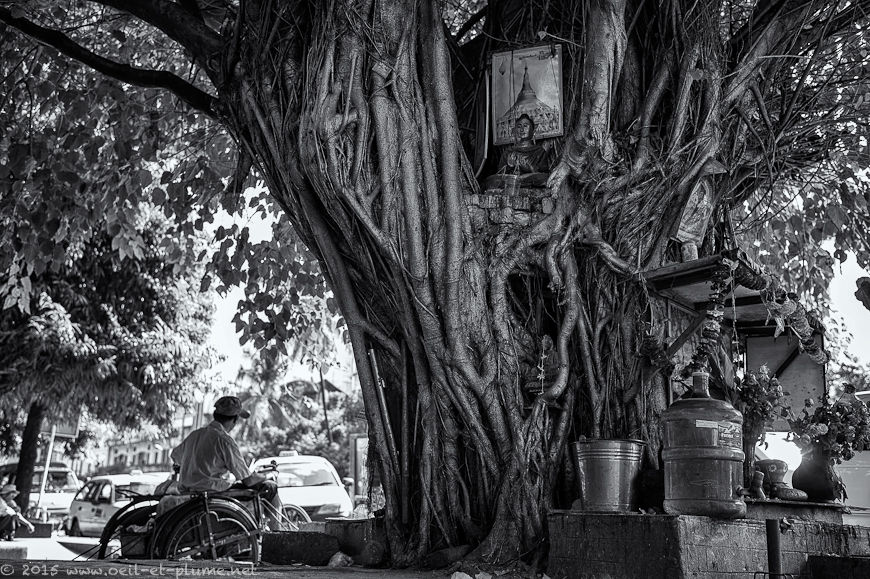 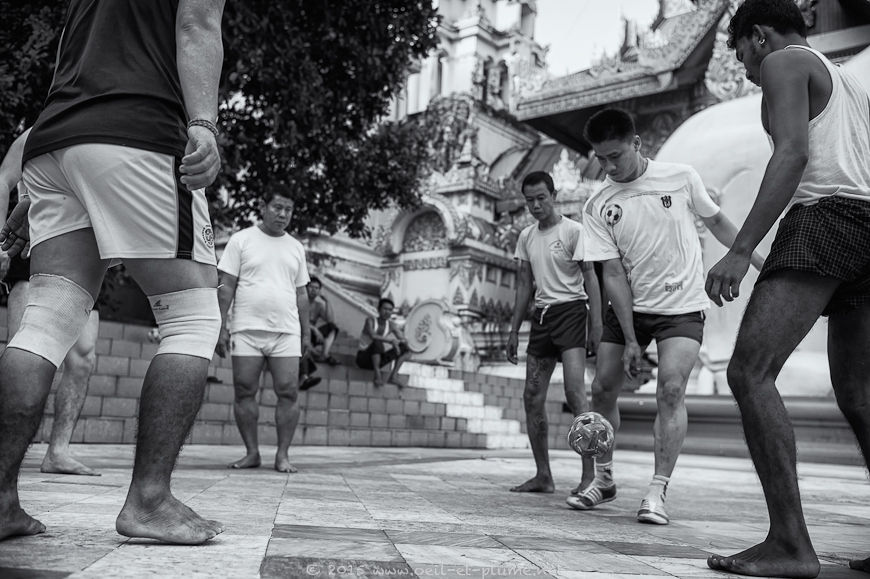 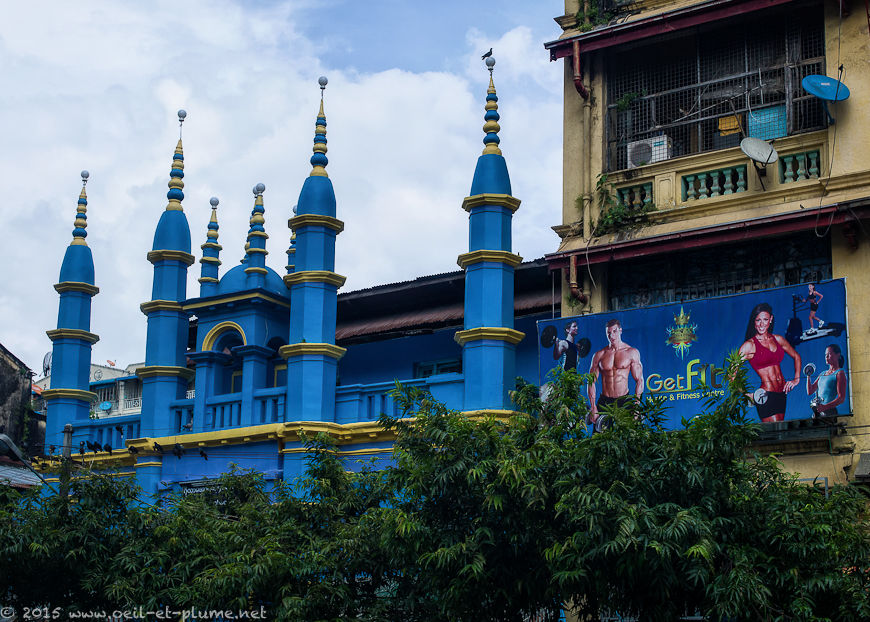 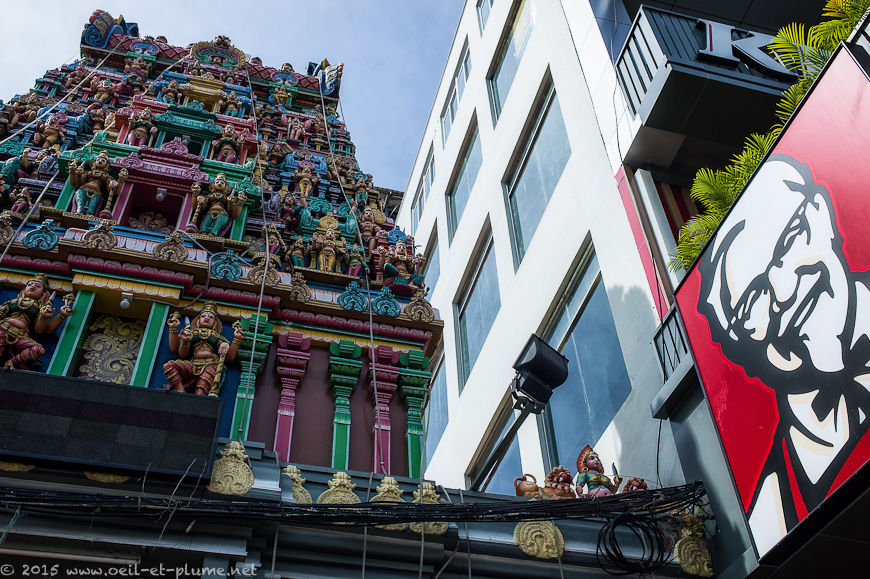 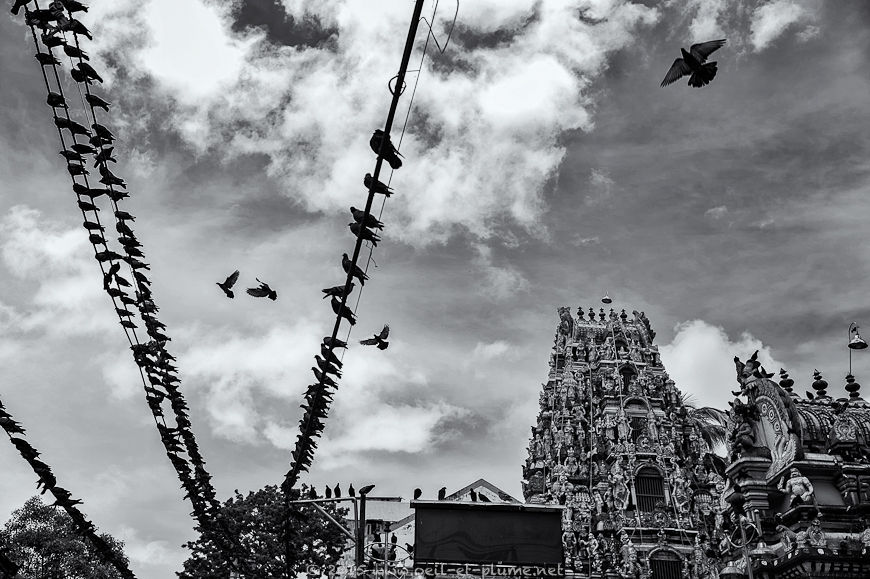 We enter now the iconic Shwedagon Pagoda, famous enough to be not fully presented here. My perspective is hereafter essentially photographic, to better capture the essence of the sacred site. At times, words are silver and silence is gold. 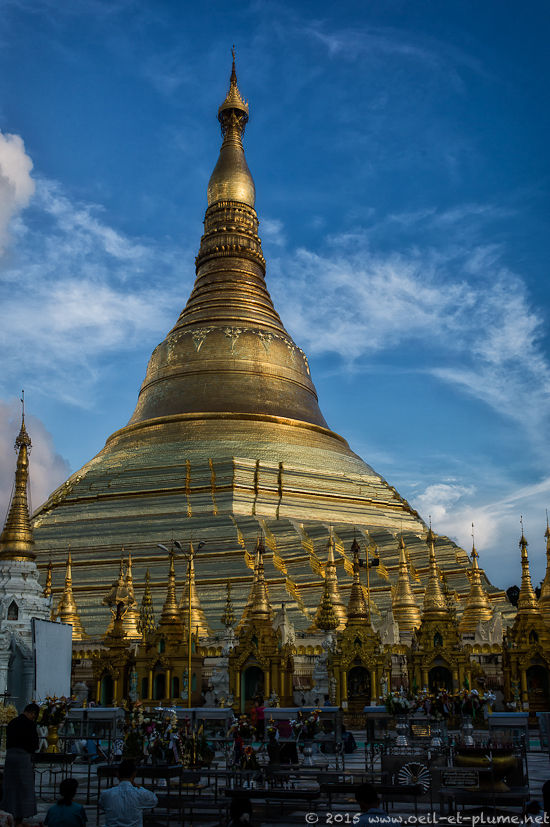 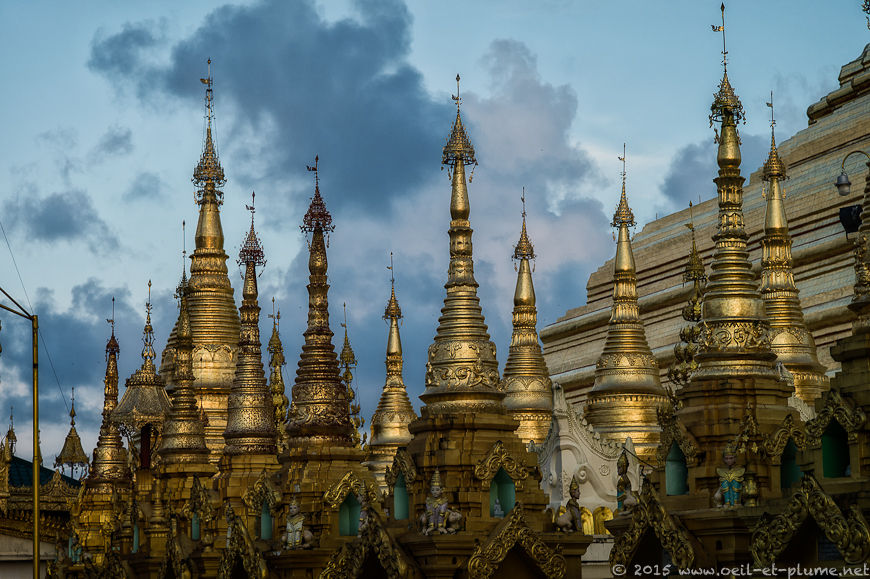 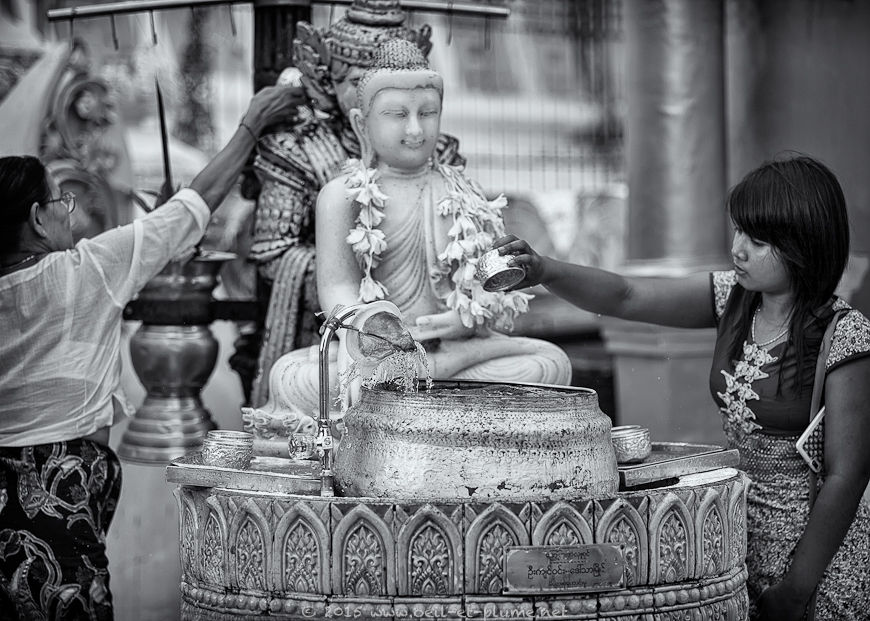 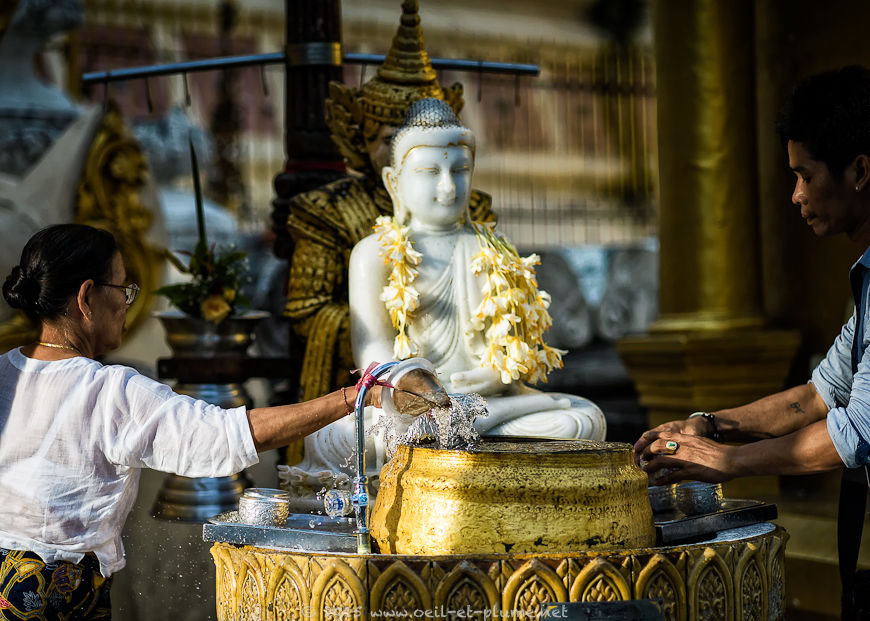 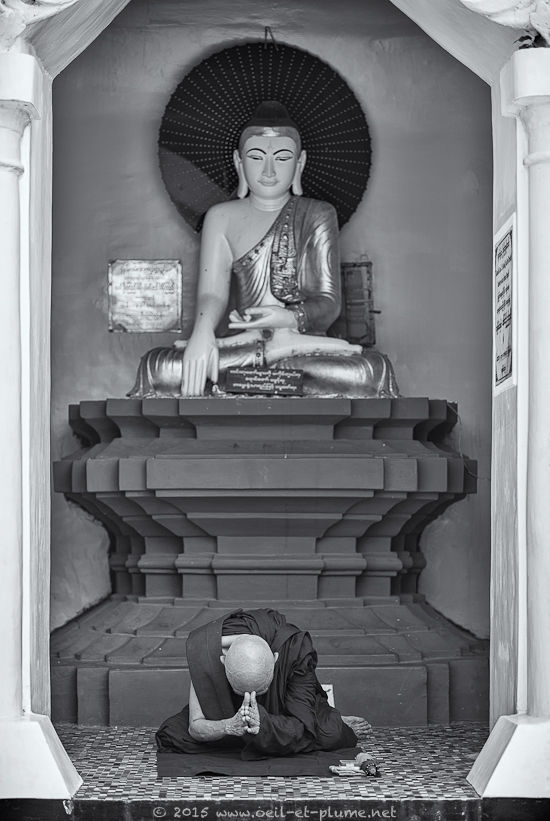 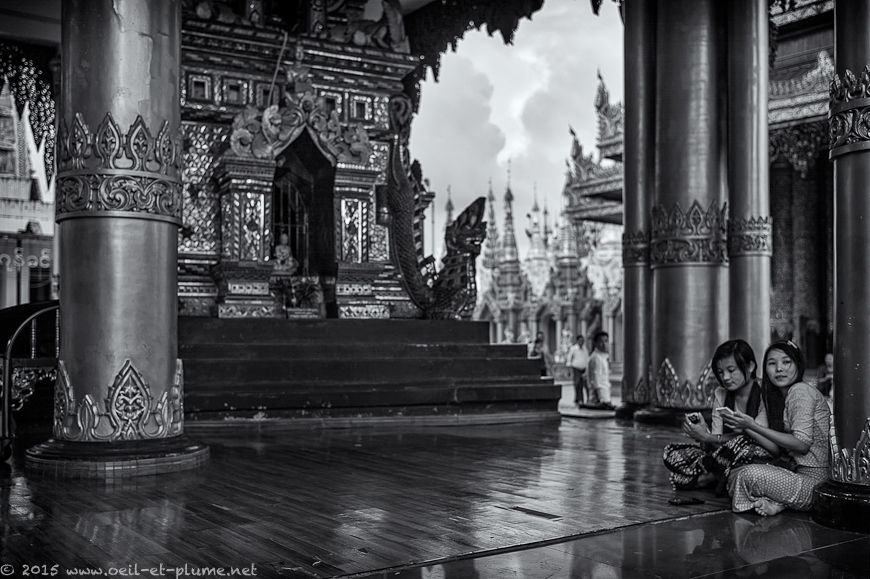 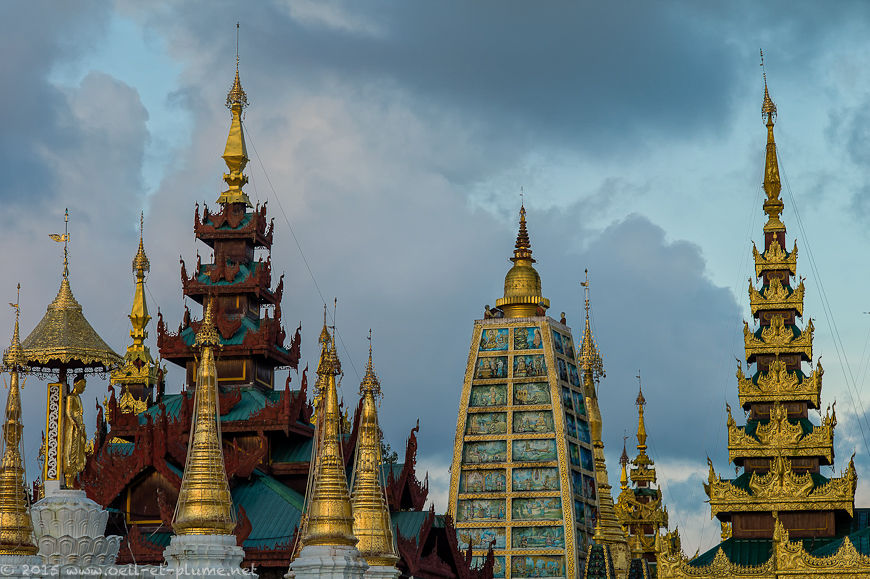 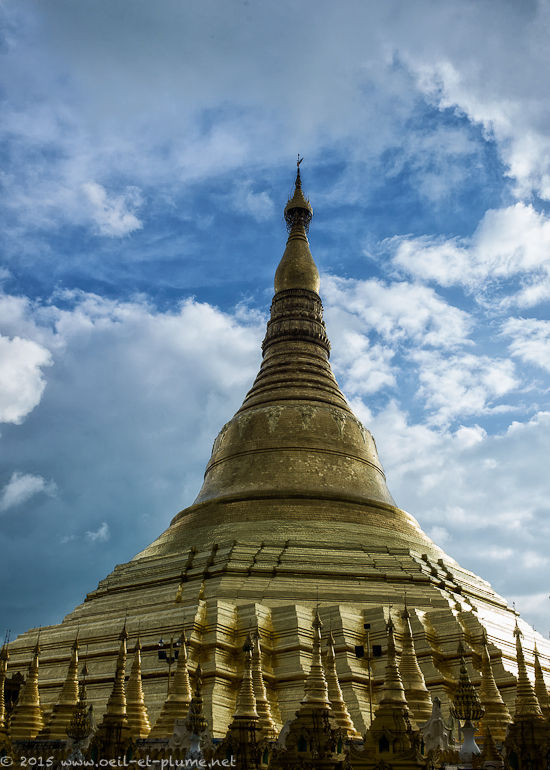 Shwedagon is full of gold, shining under the soft dawn or dusk light. The main stupa is adorned with 27 metric tons of gold leaves.

I visit Shwedagon Pagoda several times during my stay in Yangon, to pay justice to the architectural beauty as to the spiritual depth of one of the Buddhist holiest places.