You are certainly busy watching the 2018 Pyeongchang Winter Games. On my side, living in Athens, I concentrated on revisiting the 2004 Summer Olympics. But let’s start with the beginning.

In Ancient Greece, male athletes from all city-states used to gather periodically in a series of competition honoring Zeus. First organised in 556 BC, the first Panathenaic Games dated were then run every four years in Athens, including during the Roman rule, until the 3th century AD.

Historians tell us that the ancestors of the modern Olympics, the Panathenaic Games were much more than athletic competitions, to include religious festivals, political tribunes and cultural events. Thus, the Games constituted a powerful vector of cultural dissemination of Hellenic culture, and often translated into political rivalry between Greek city states. Leaving aside the religious dimension, this is not so much different from today, I would say.

First rectilinear, the stadium hosting the Panathenaic Games in Athens acquired its current horseshoe shape and its marble tribunes by 144 AD owing to Herode Atticus, an Athenian Roman senator. After the rise of Christianity in the 4th century and the Olympics ban decreted by Rome, the facility came slowly into dereliction to serve as marble quarry.

The idea of reviving the Olympic Games circulated in the wake of Greek games organized in the Panathenaic Stadium in 1870 and 1875. It was supported by Baron Pierre de Coubertin who organized the International Olympic Conference in Paris in 1894.

The derelict Panathenaic Stadium was chosen to host the 1896 Olympic Games. The facility was rebuilt along the design dating 144 AD to revive the spirit of its ancestor. Georgios Averoff, a Greek philanthrope, financed most of the reconstruction work. 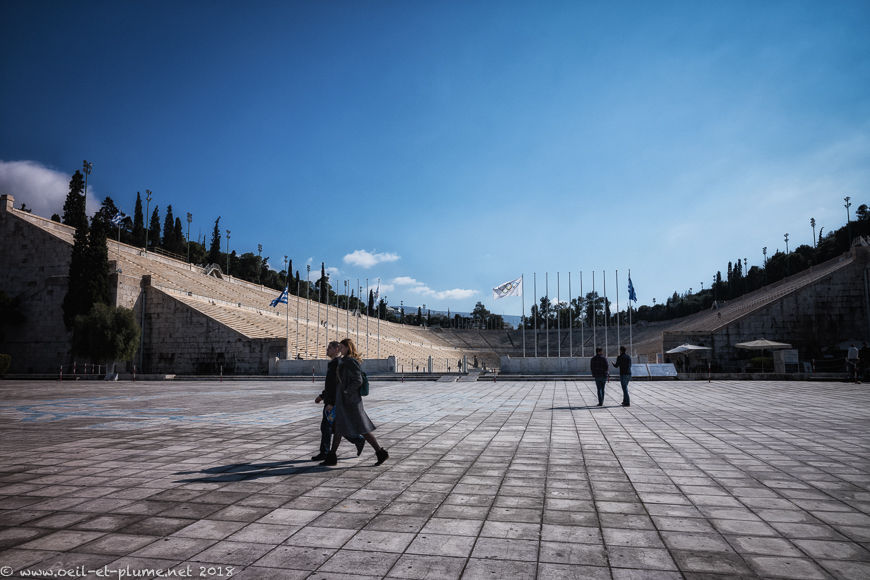 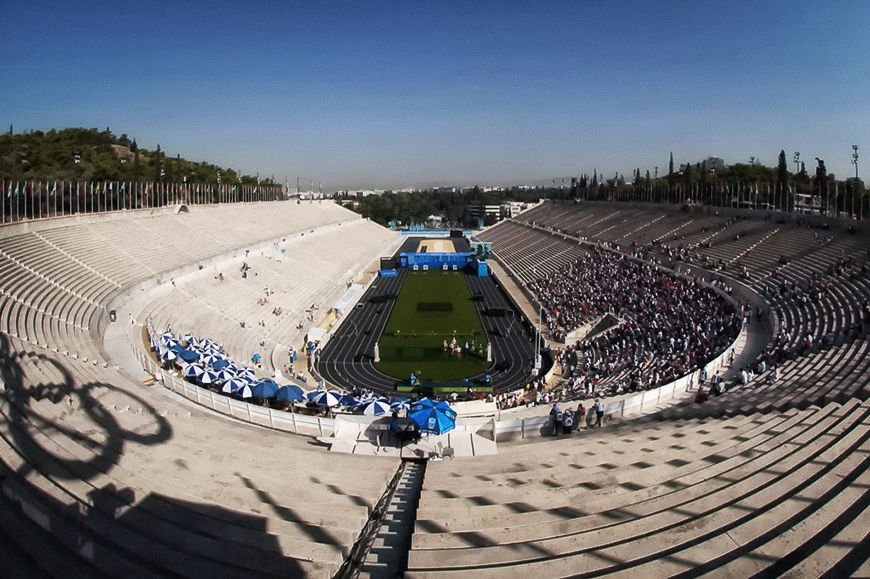 The first modern Olympic Games in 1896 were depicted as an overwhelming success, with the Panathenaic Stadium as epicentre. It culminated in the popular Marathon race won by the Greek Louis Spyridon in the stadium.

Throughout the 20th century the Panathenaic Stadium hosted diverse events including pan-Hellenic and international games. The facility still harbours the finishing line of contemporary editions of the Athens Marathon. 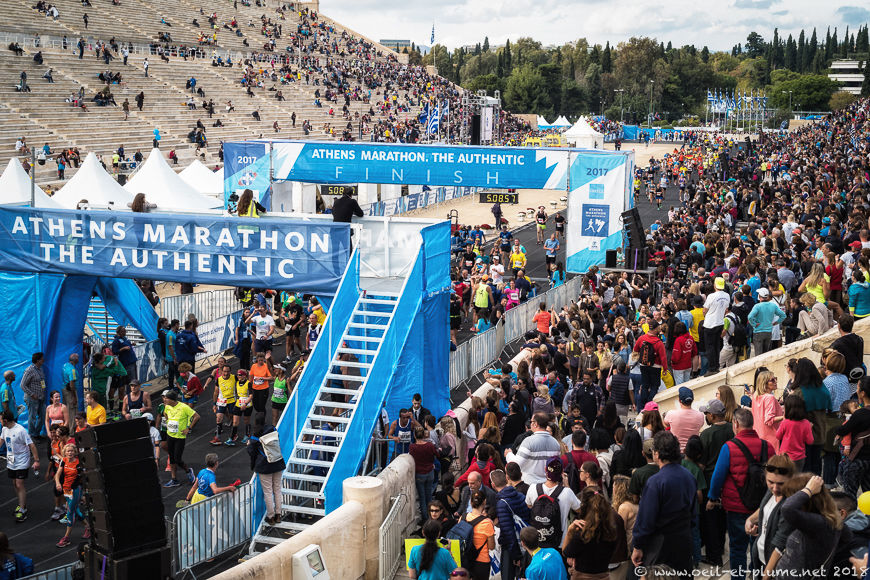 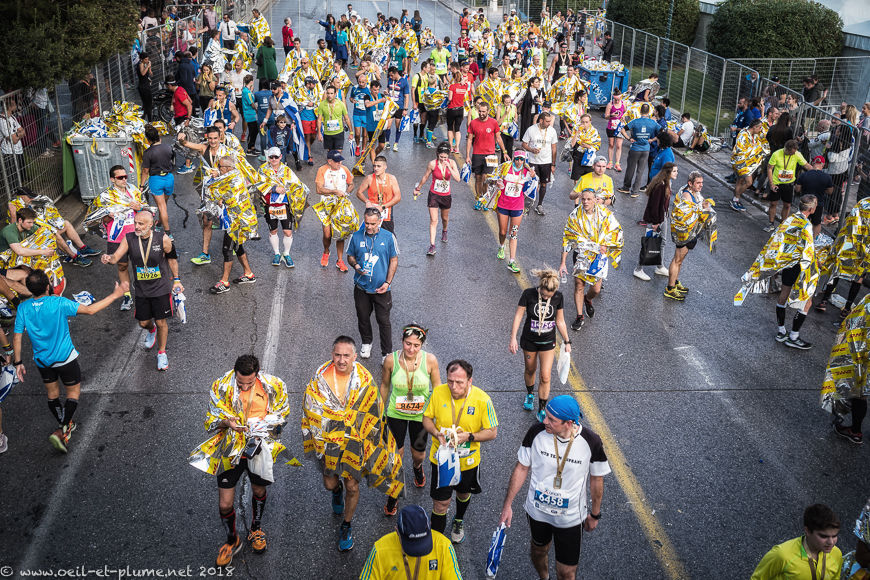 As Baron Coubertin once said that the important thing is taking part, I joined the running crowds of the 2017 Athens Marathon, leaving the victory to living rockets. I was happy and honoured enough to have run in the Panathenaic Stadium, which has been the venue for noble competition and fair play since Antiquity.

In 1997, Athens was attributed the organisation of the 2004 XXVIII Summer Olympiad, beating Rome in the last vote. Located northeast of the town, the Athens Olympic Sports Complex was the main venue of the 2004 Summer Olympiad. It consists mainly in the Sypros Louis Olympic Stadium, complemented by a velodrome, an indoor hall, a tennis centre and an aquatic centre. 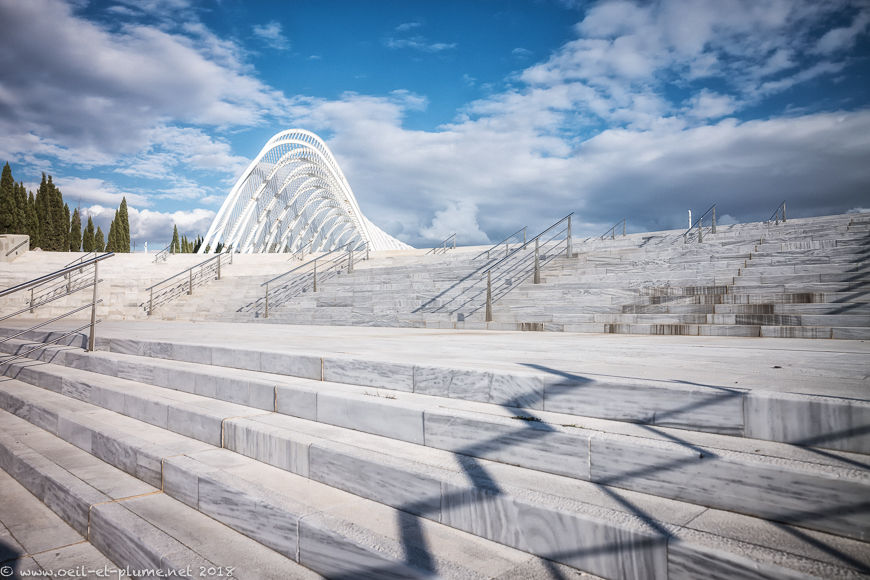 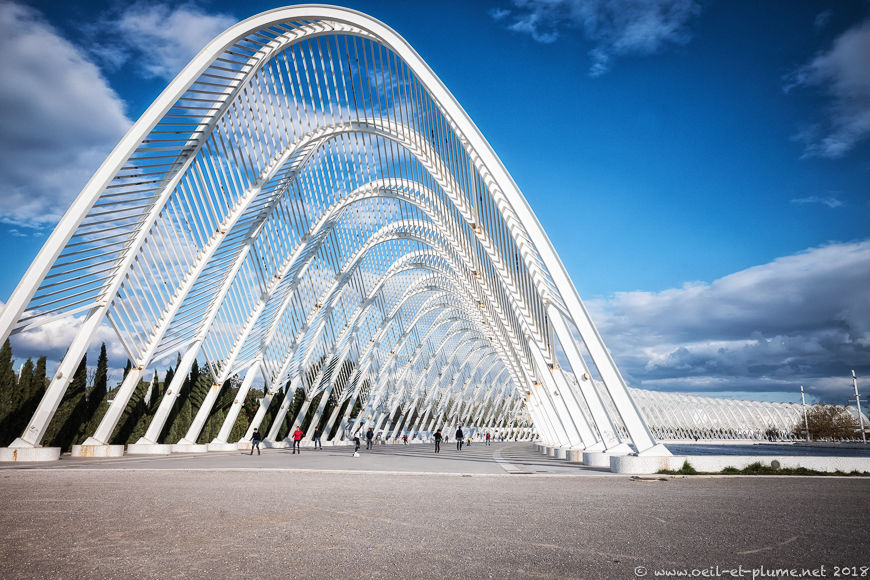 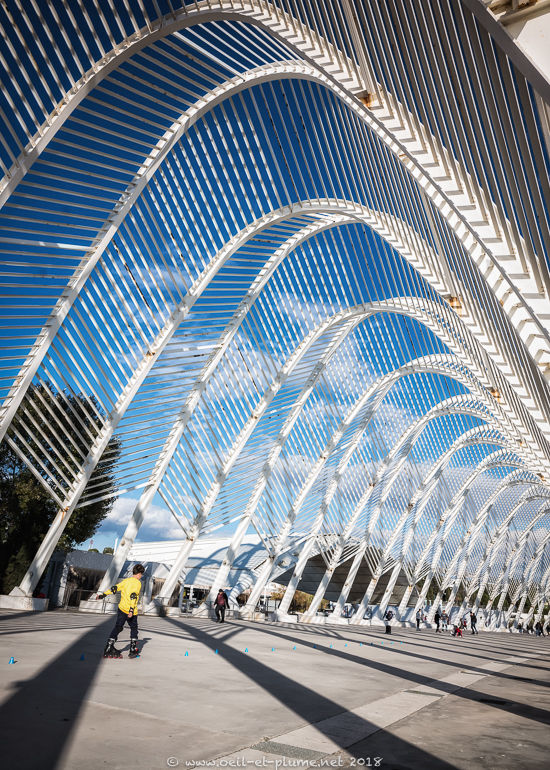 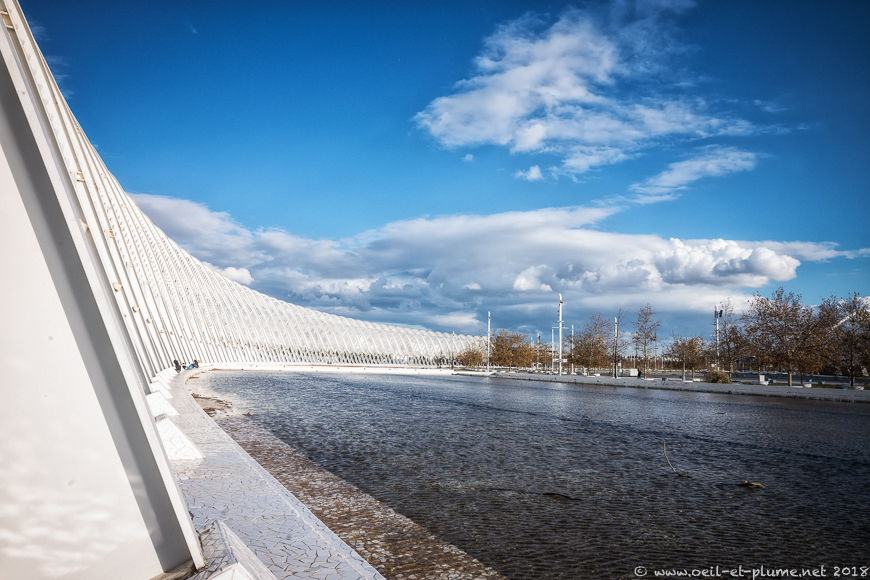 The Spanish architect Santiago Calatrava covered the existing main stadium with a new retractable roof, which he suspended by cables from two parabolic arches. Calatrava also designed a similar roof for the velodrome. Additionally, he built a monumental sculpture to symbolise the Olympiad and other elements bringing visual diversity and harmony to the architectural complex. 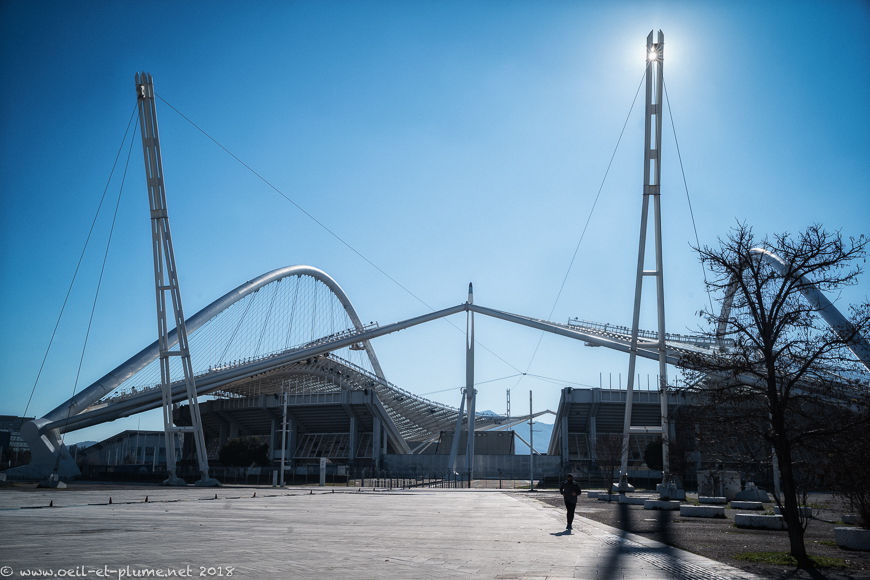 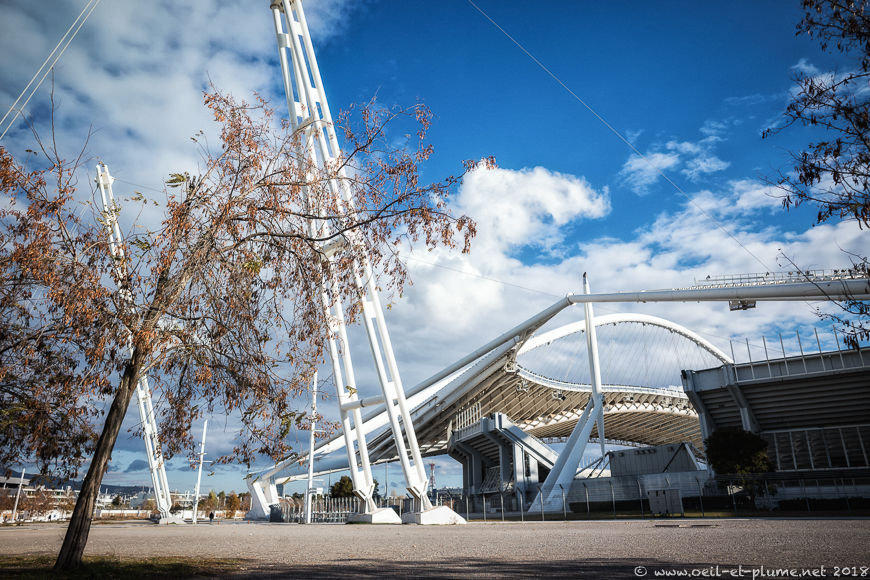 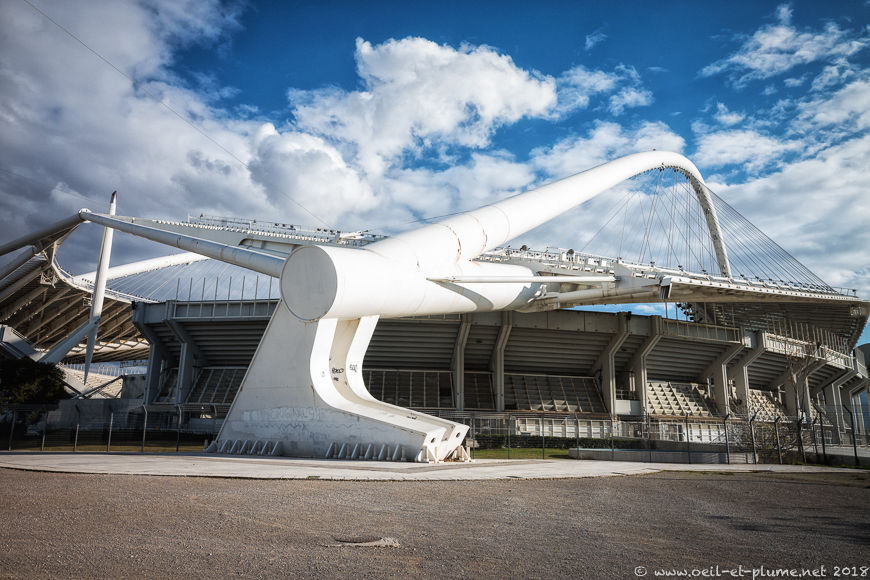 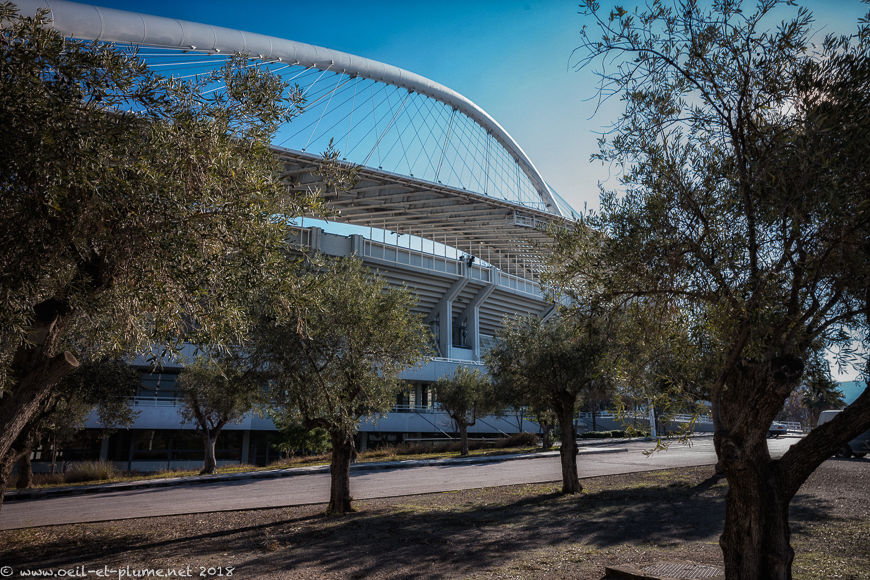 In a last-minute rush familiar to Greek people, the main stadium, the designated facility for the opening and closing ceremonies, was completed only two months before the start of the Games. Never mind, the opening ceremony was great, based on all accounts available.

I like visiting the Athens Olympic Sports Complex,which still harbours a variety of outdoor and indoor sports activity. The place is visually truly unique in Athens owing to its modern metal architecture, and nonetheless welcoming, harmonious and full of serenity. 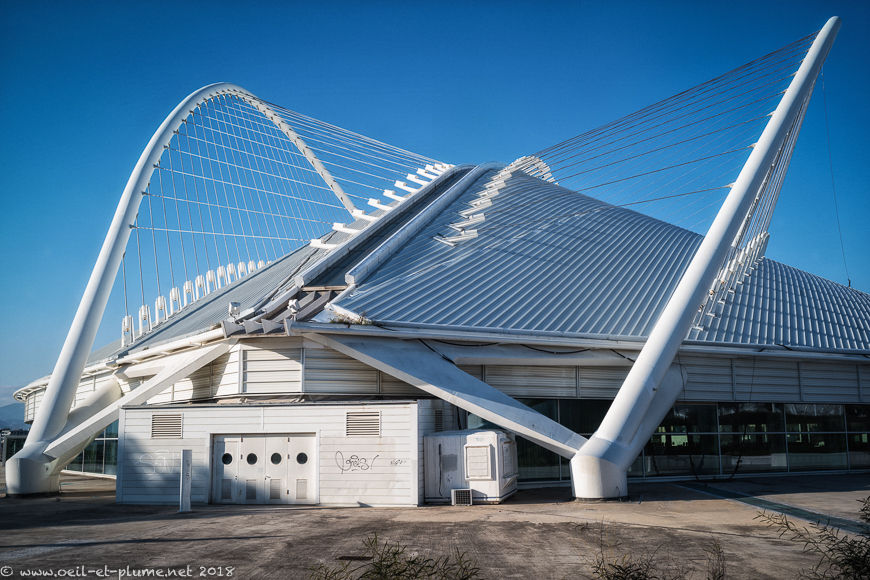 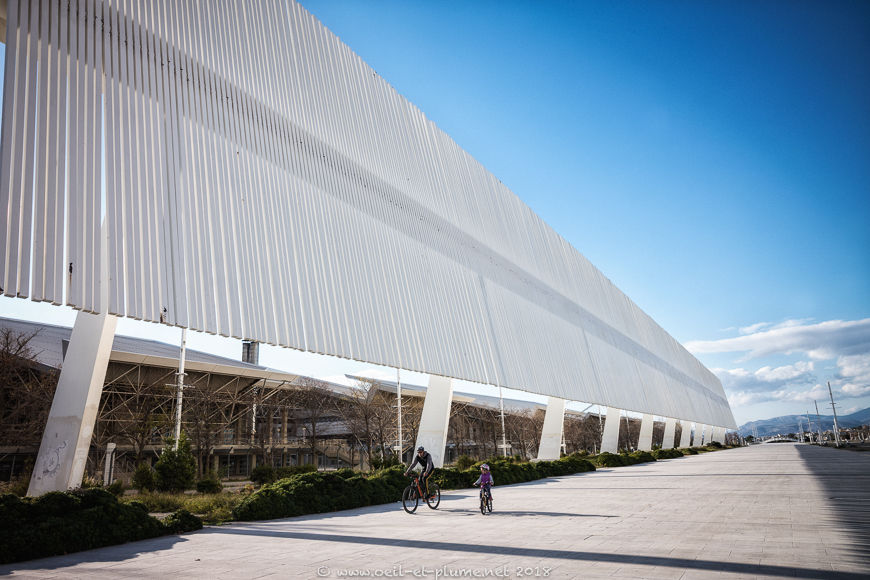 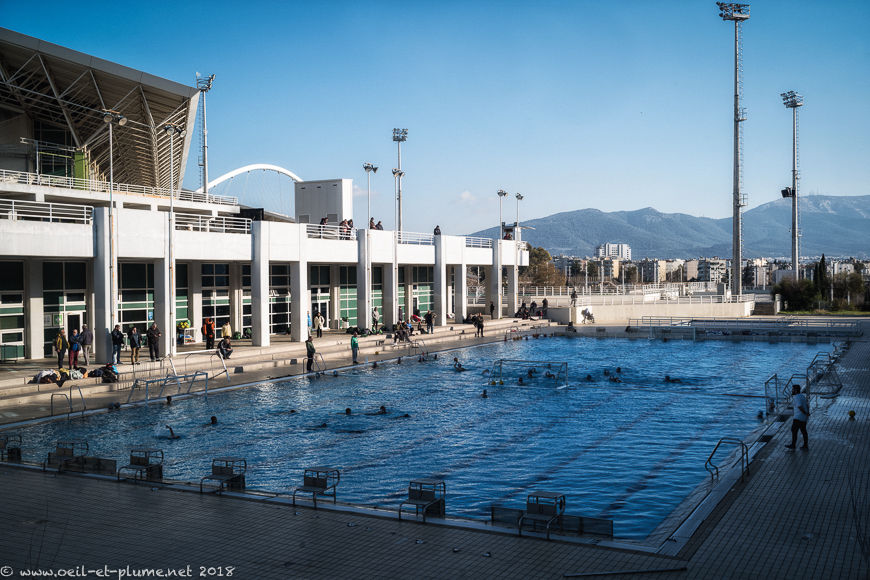 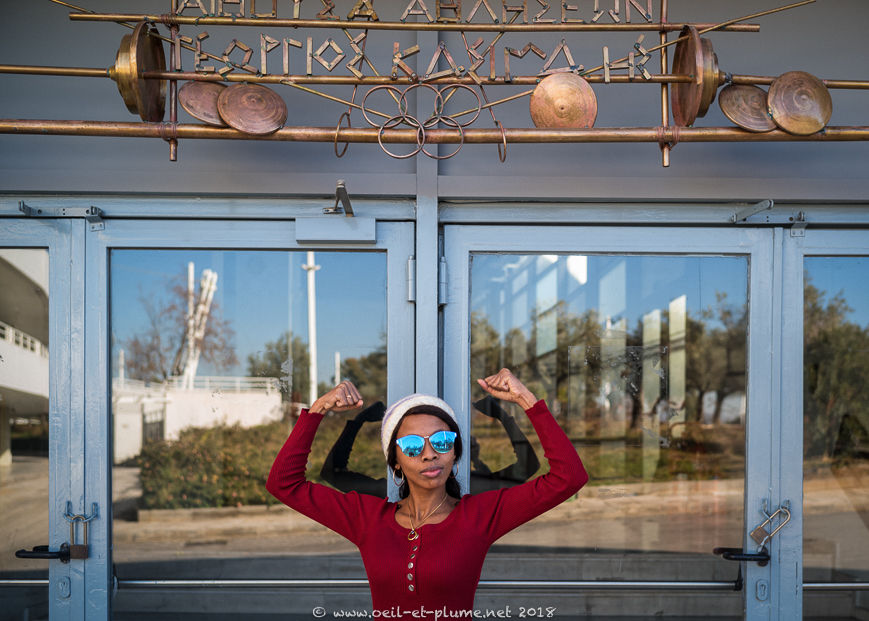 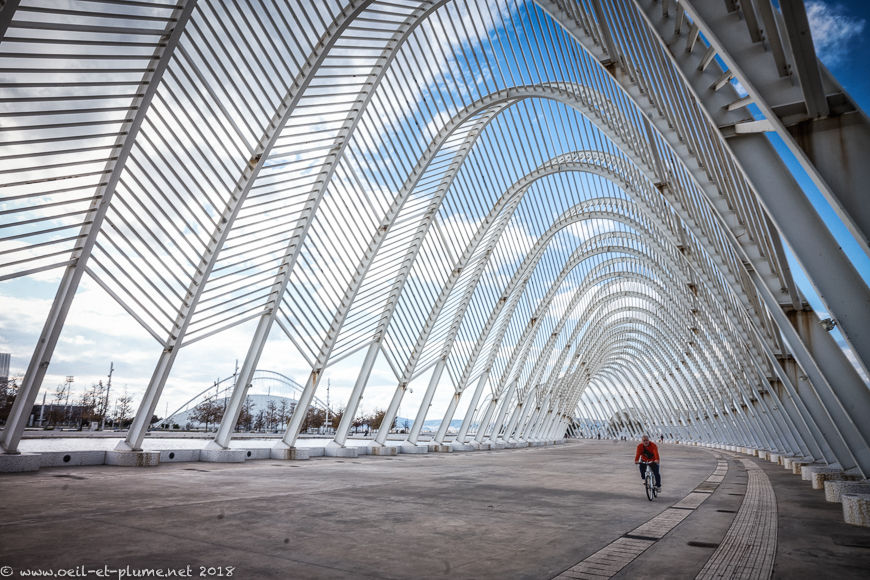 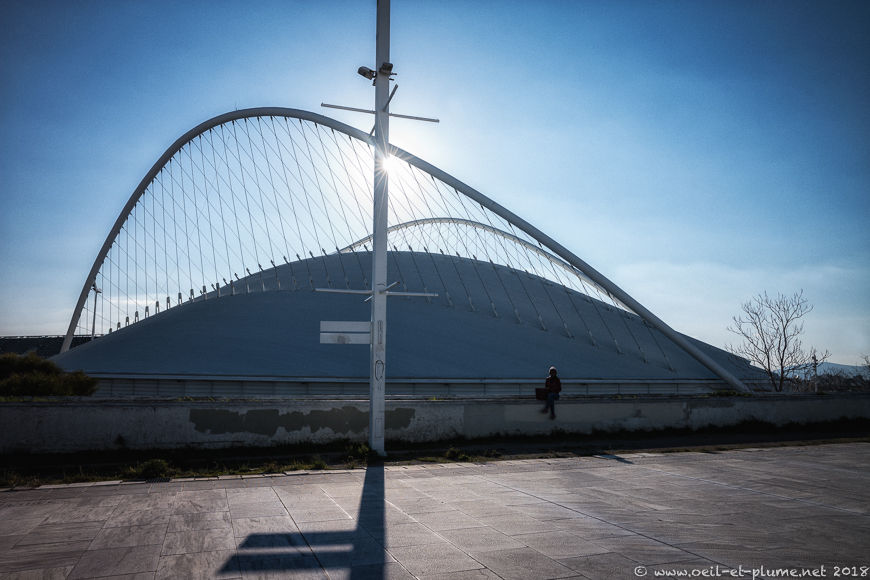 Serenity in Athens ? Yes but never fully. Consider for instance the incident that affected the 2004 Athens Olympic marathon, in a scenario typical of a Greek tragedy. 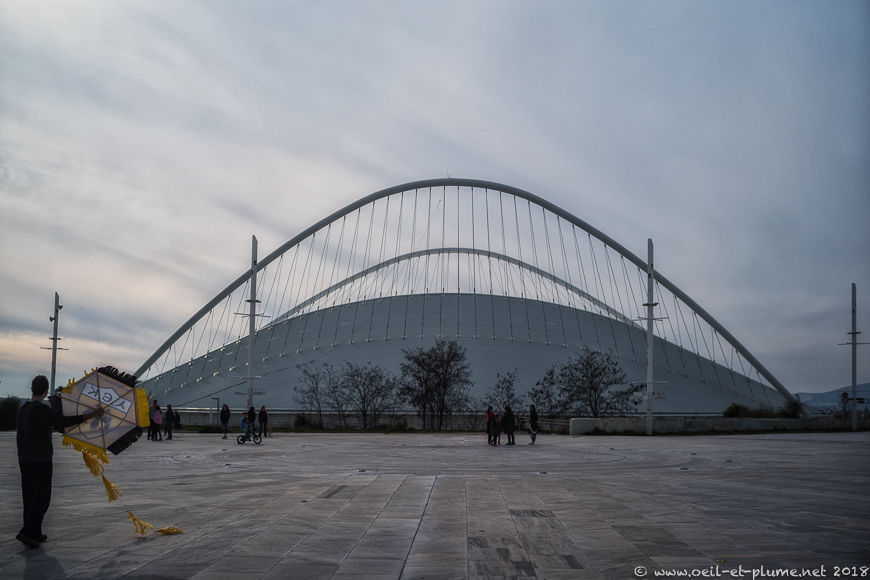 While he was leading the race after 35km, the Brazilian long-distance runner Vanderlei Cordeiro de Lima was attacked by a spectator – an Irish priest.  He retrograded from the first to third rank following the incident. The unfortunate de Lima won then the bronze medal and was later awarded the Coubertin medal for sportsmanship. The priest who attacked de Lima was defrocked by the Vatican in 2005.