I pursue my journey eastward along the Turkish shore of the Black Sea. After Amasra and Sinop, I should have headed straight to Ordu. I am glad I did not.

In my quest for traditional port life, I leave the coastal highway for the old coastal road following the shore of the Vona Peninsula between Bolaman and Ordu. Slowing down my travel pace has often rewarded me with memorable experiences and encounters. The two days spent in the area only confirm this piece of travel advisory. 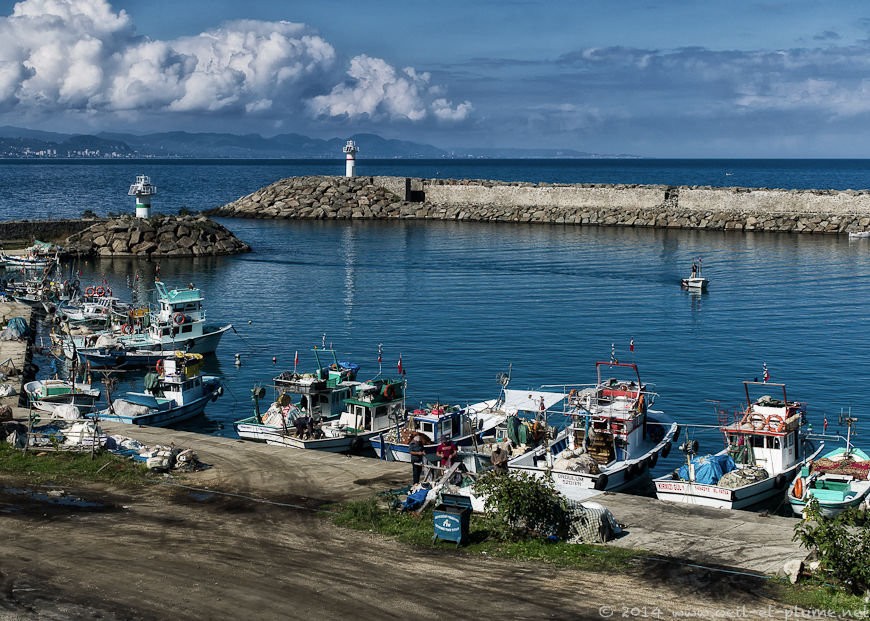 Driving on that coastal road provides me the pleasure that I have missed between Amasra and Sinop. Delicious, winding but serene drive; beautiful sceneries along the all the way; a line of port villages, all similar but all different in their respective locations. Uphill, another type of landscape, habitat and lifestyle that I deliberately bypass to concentrate on the port life. 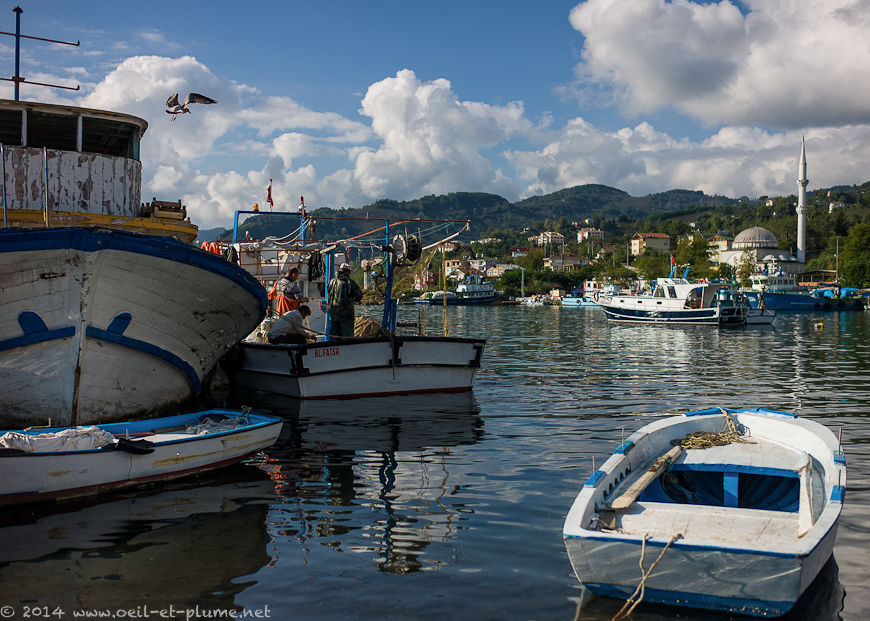 My way to Perşembe crosses the Greek mythology. The Cape Jason is named after the eponymous Greek king. Hosting today a Greek church, the cape was long a place where local fishermen used to pray in a temple dedicated to Jason and the Argonauts. 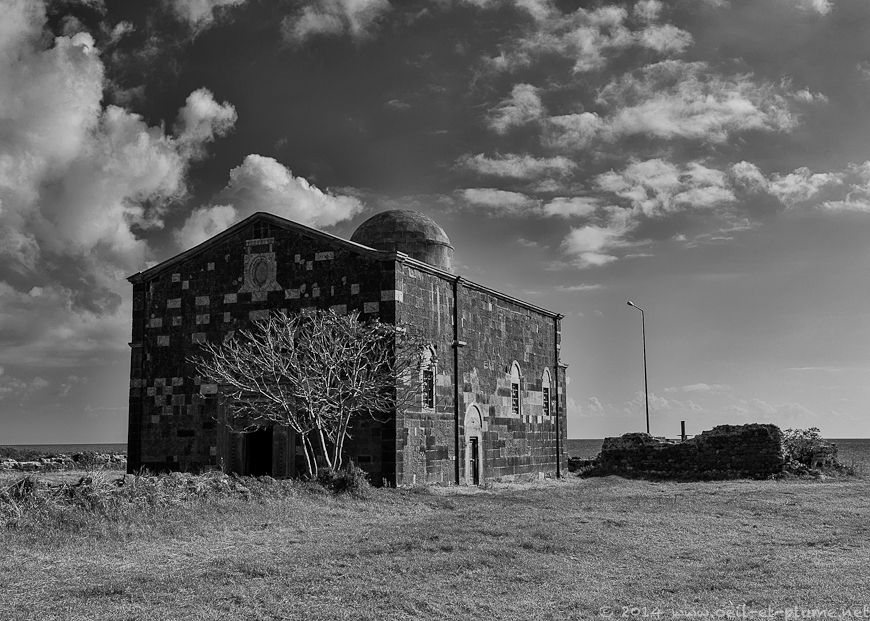 According to Greek mythology, Jason and his band of Argonauts (warriors) were forced to land at this point by adverse climatic and sea conditions. Tasked by King Pelias to find and return with the Golden Fleece, the Greek heroes were heading aboard a sea vessel to Colchis (present-day Georgia), where the gold-hair winged ram was located.

Back to earth and to contemporary times, my camera crosses an unfinished but yet imposant monument of naval engineering. Probably a replica of Jason’s sea vessel. 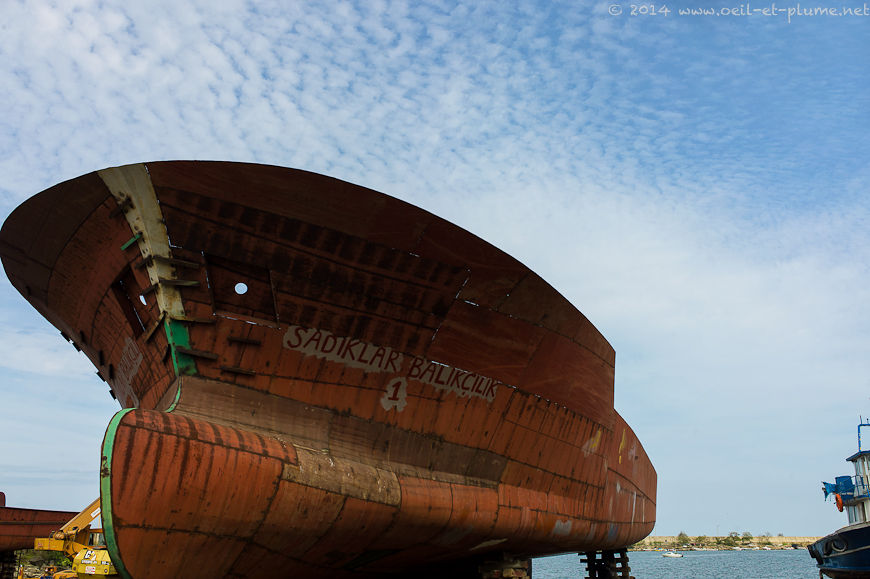 More than mythological places and metallic sea dinonaurs, I look for everyday’s life of local fishermen along the Vona Peninsula. I search for people who not only run, but also maintain or build their boats with utmost care and love. I find them by bits and pieces in the numerous small ports visited. Here we are: 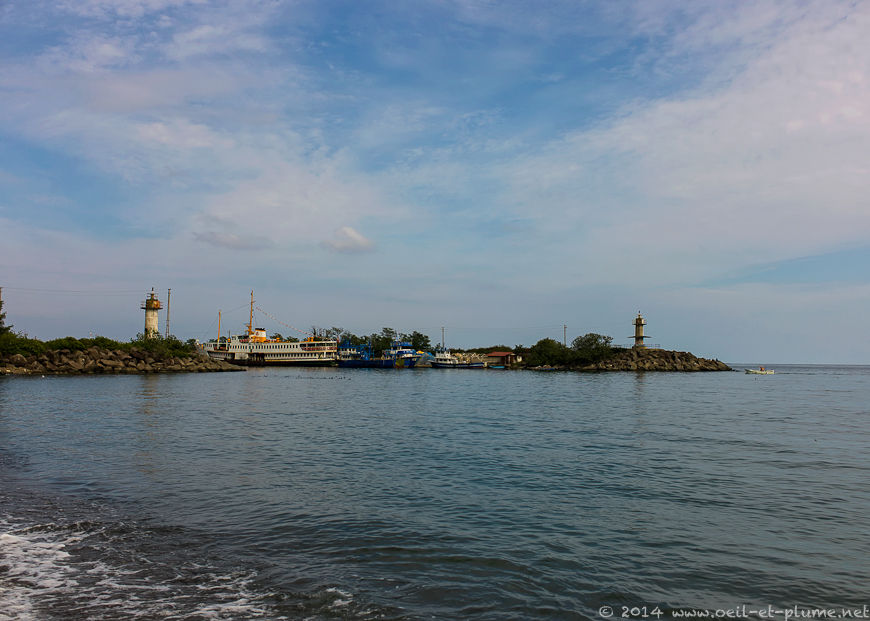 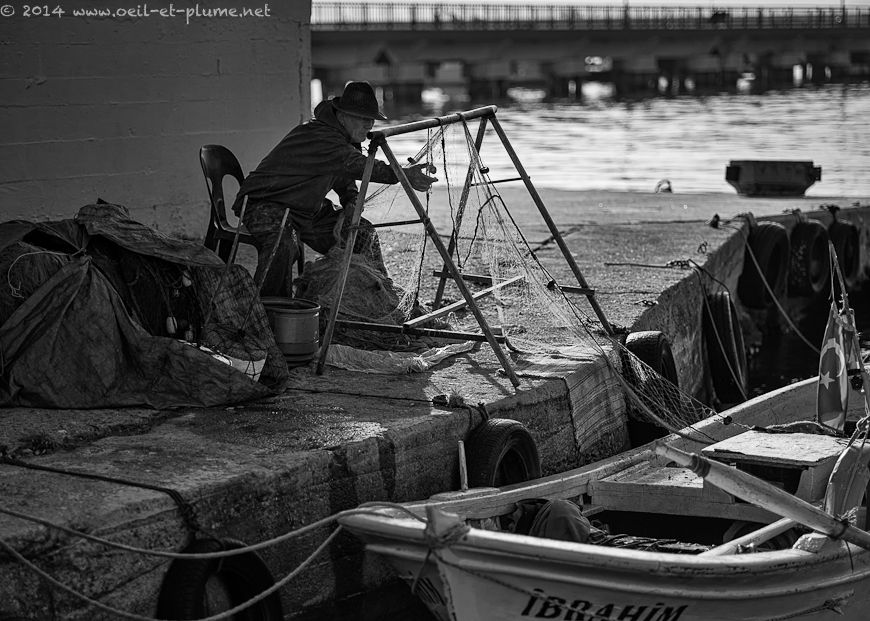 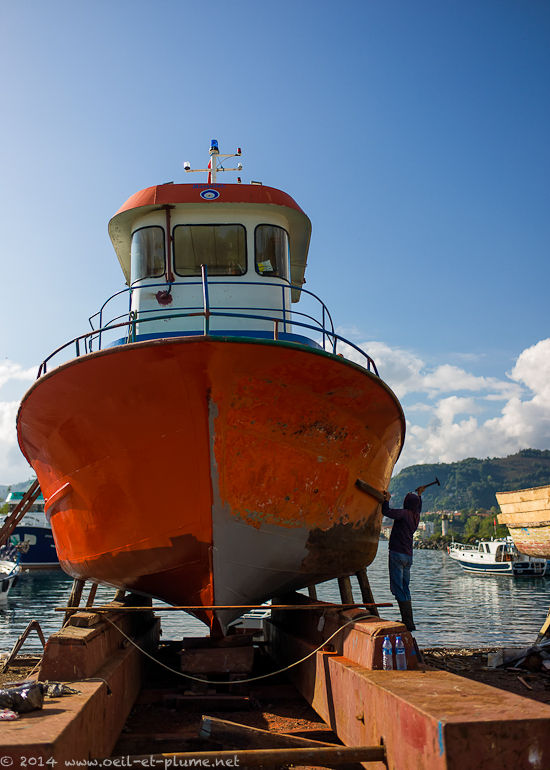 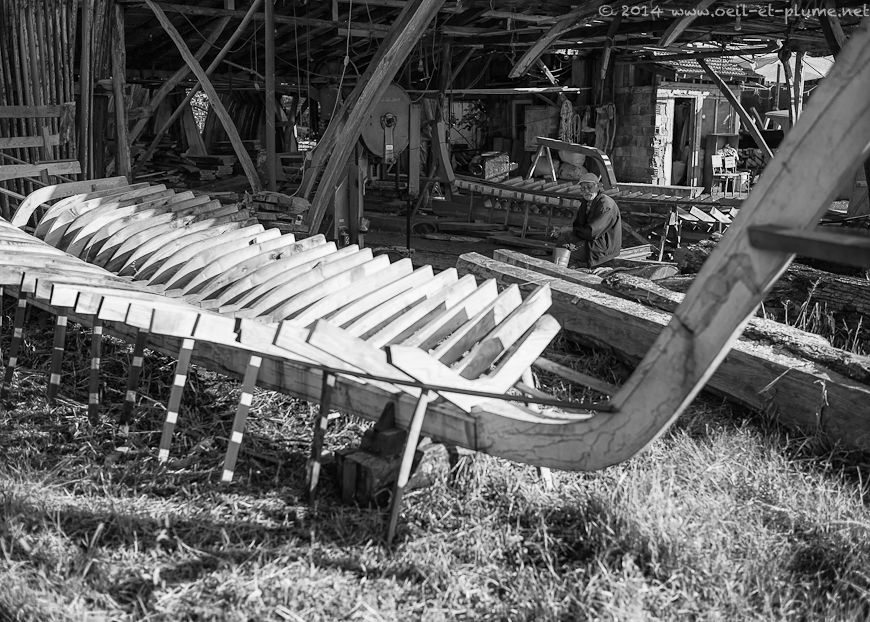 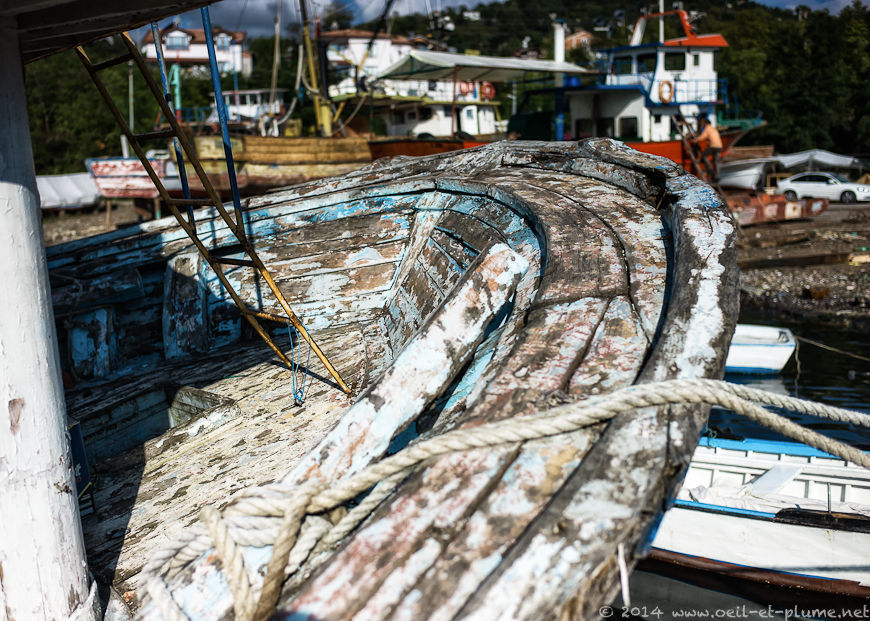 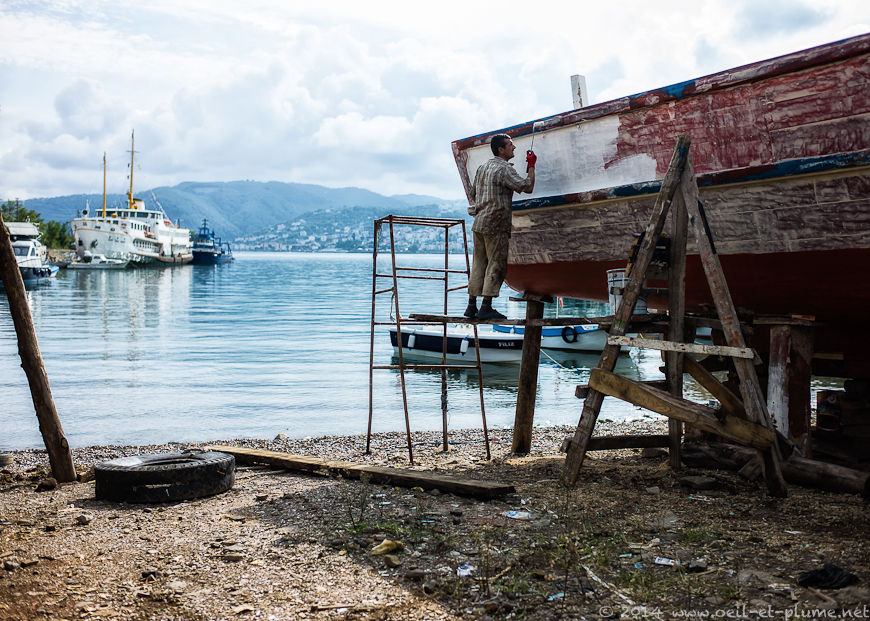 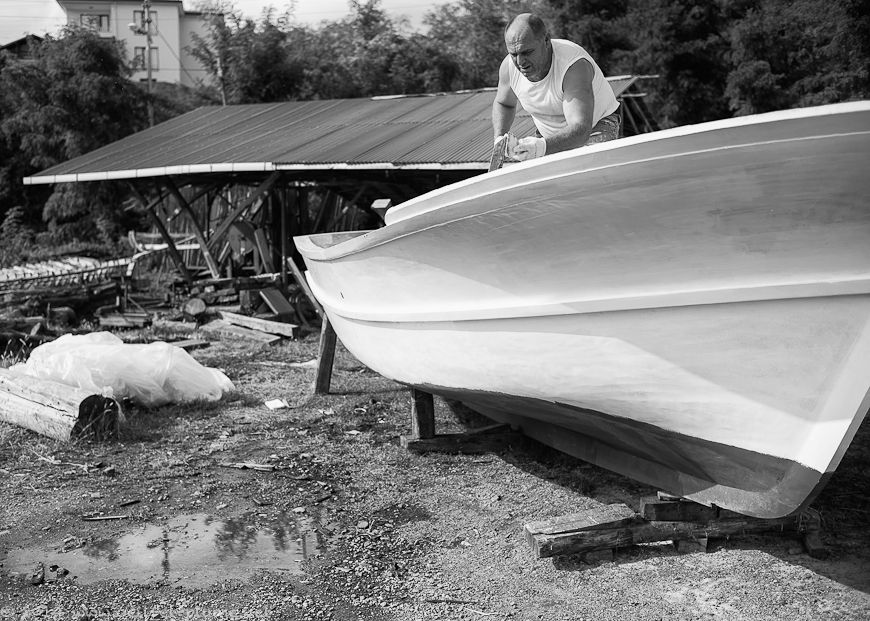 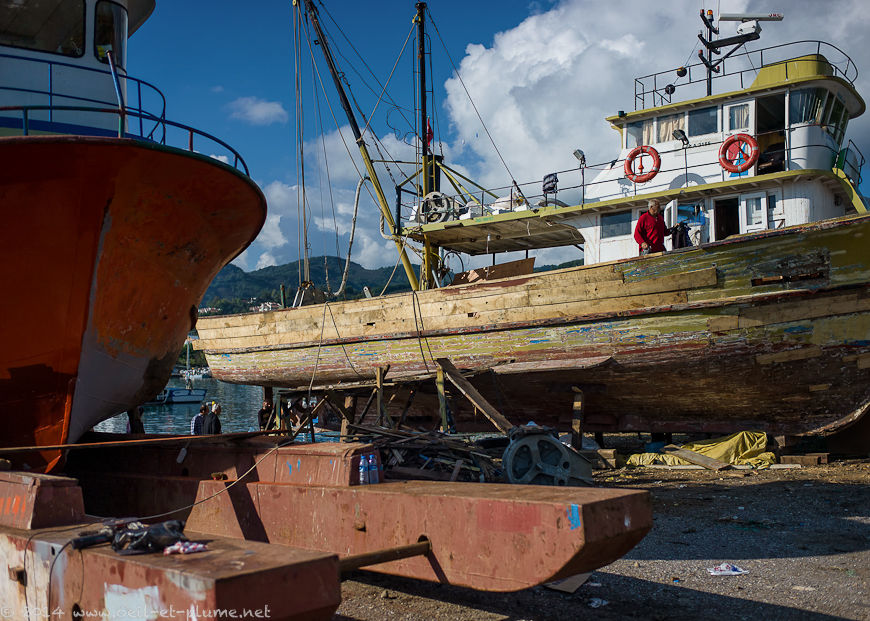 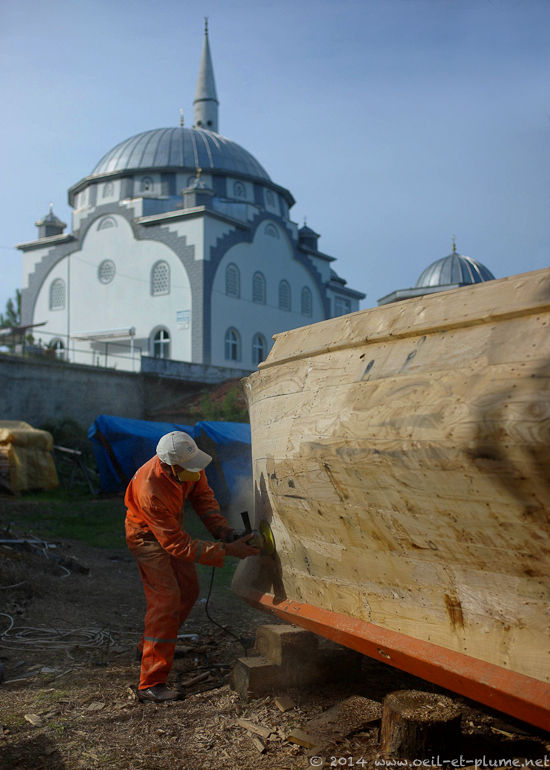 I anchor temporarily in Perşembe, a deliciously laid-back district town. The Vona peninsula was long part of the Roman and then Byzantine Empires, before passing under Ottoman rule in the 15th century. Perşembe is a predominantly Muslim town since that time. 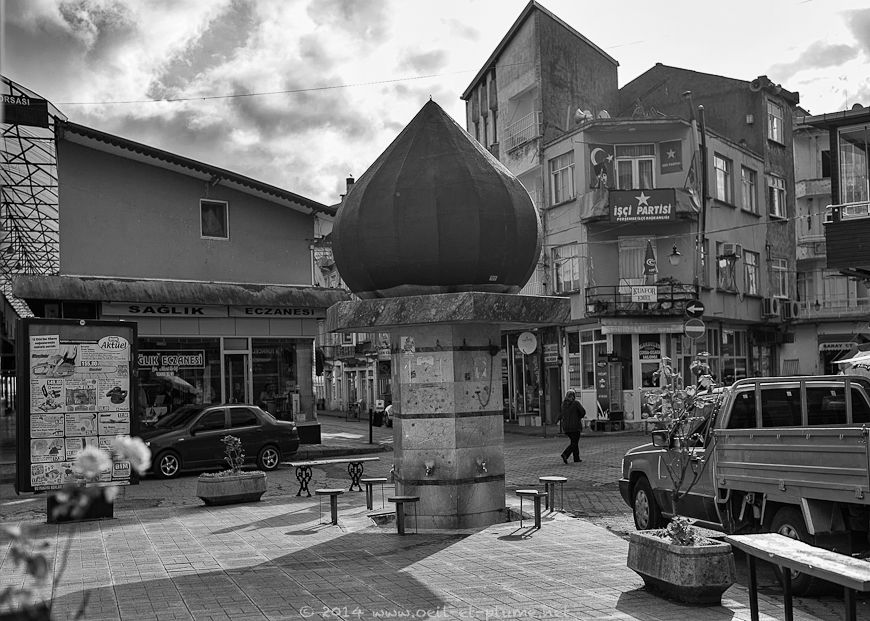 On a early morning, I head to the centre of the little town. Interacting with local people proves to be easy, despite the language barrier. The news spreads like fire across the bazaar that ‘a Swiss photographer is at work’. 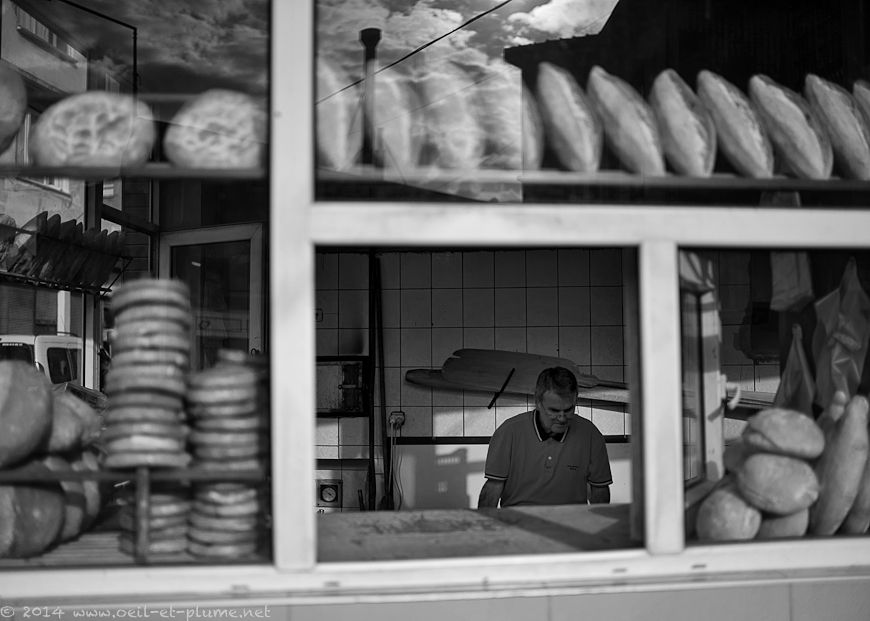 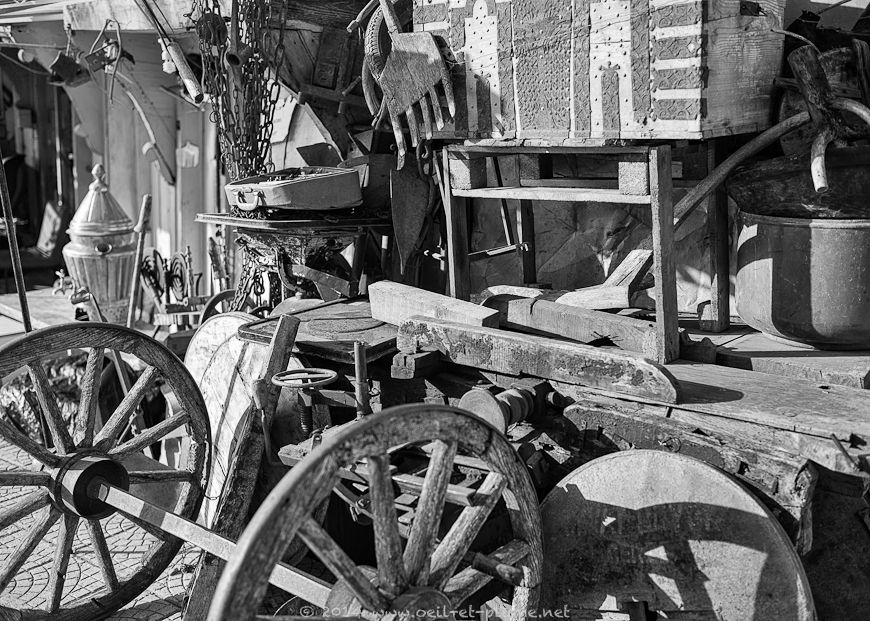 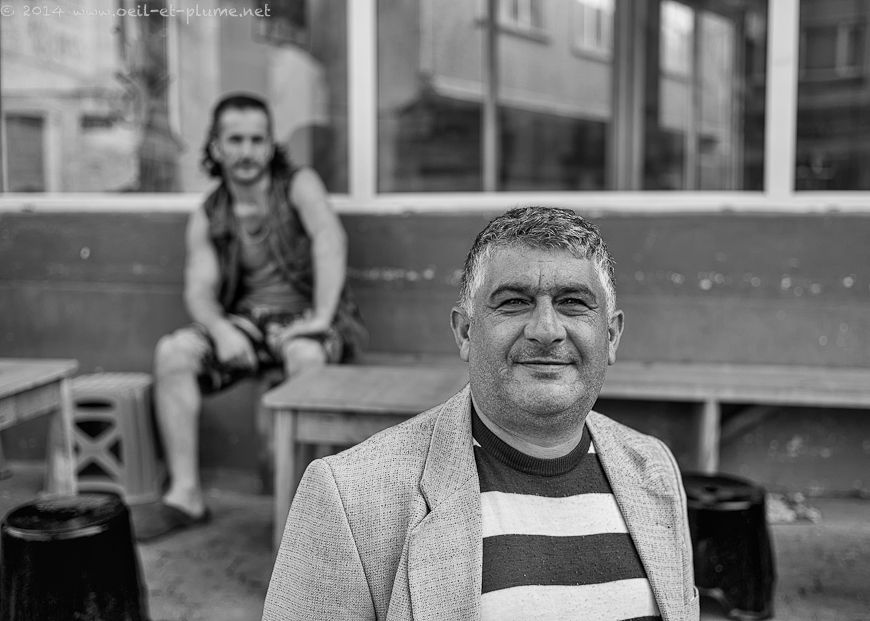 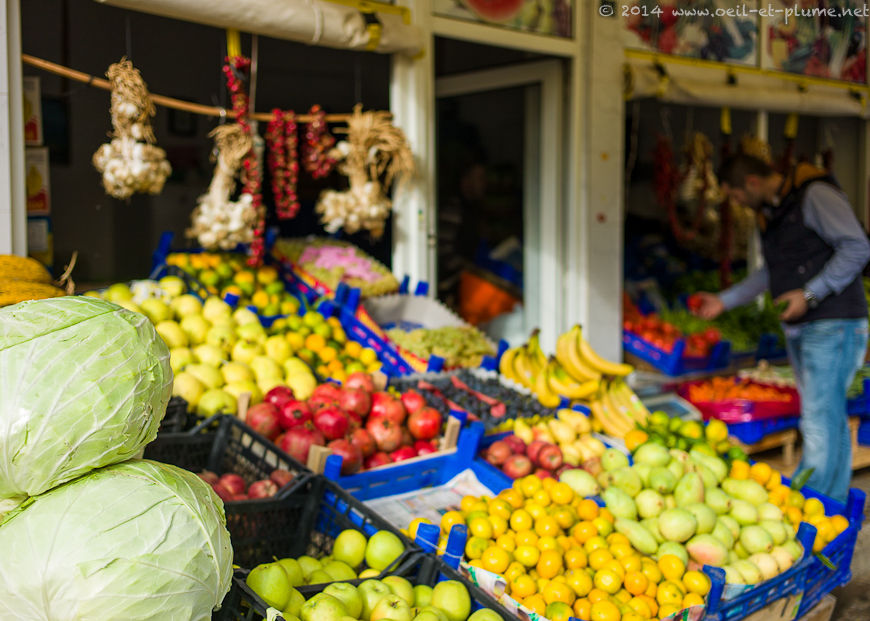 The ultimate moments of my stay in Vona peninsula are dedicated to the essence of local life – the Black Sea. The beauty and the serenity of the places shape also a overall kindness and openess amongst people.

Here, I approach these domino players a tea shop of a small port with tact, only to be invited for a tea with them before proceeding to my close-up photo shooting session. Then, visiting the port itself, I capture what I believe to be the source of their genuine, serene and gentle state of mind. 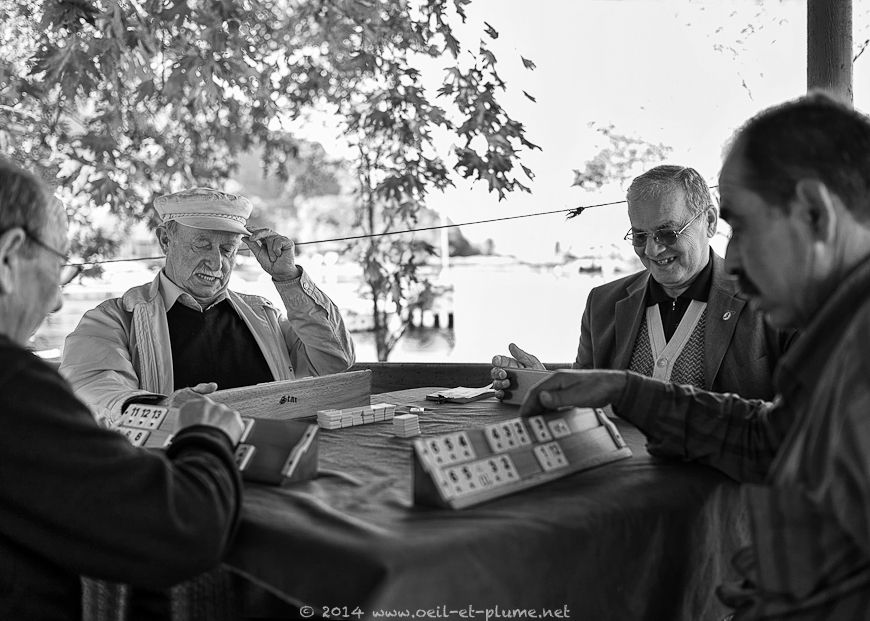 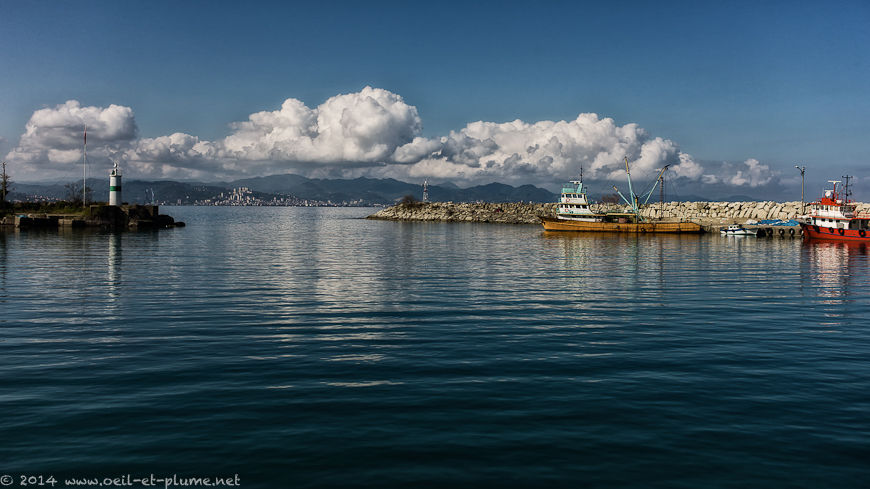 No need to stress that I keep a warm souvenir of the few days spent in Vona Peninsula. I found refuge there on my quest for my own Golden Fleece – serenity and happiness.